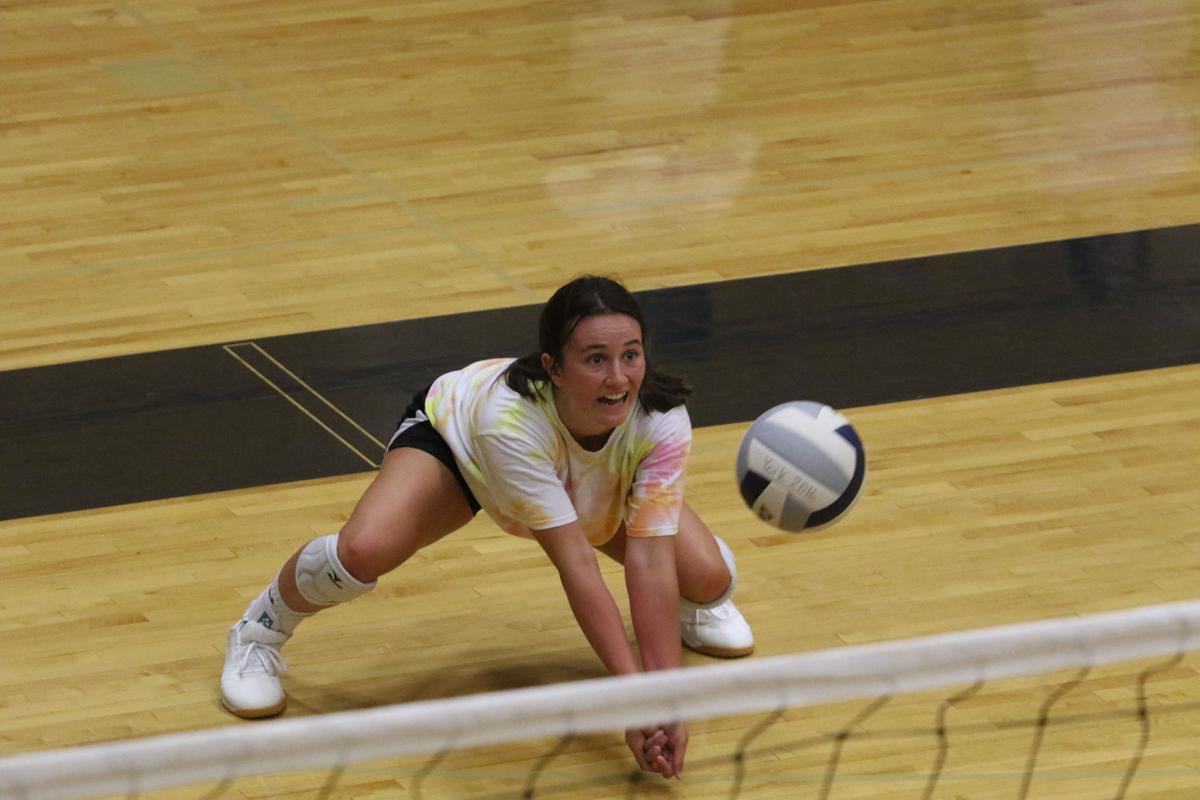 York junior Destiny Shepherd demonstrates how to dig up an attack during the first day of the UNK Volleyball camp for York volleyball players on Thursday. 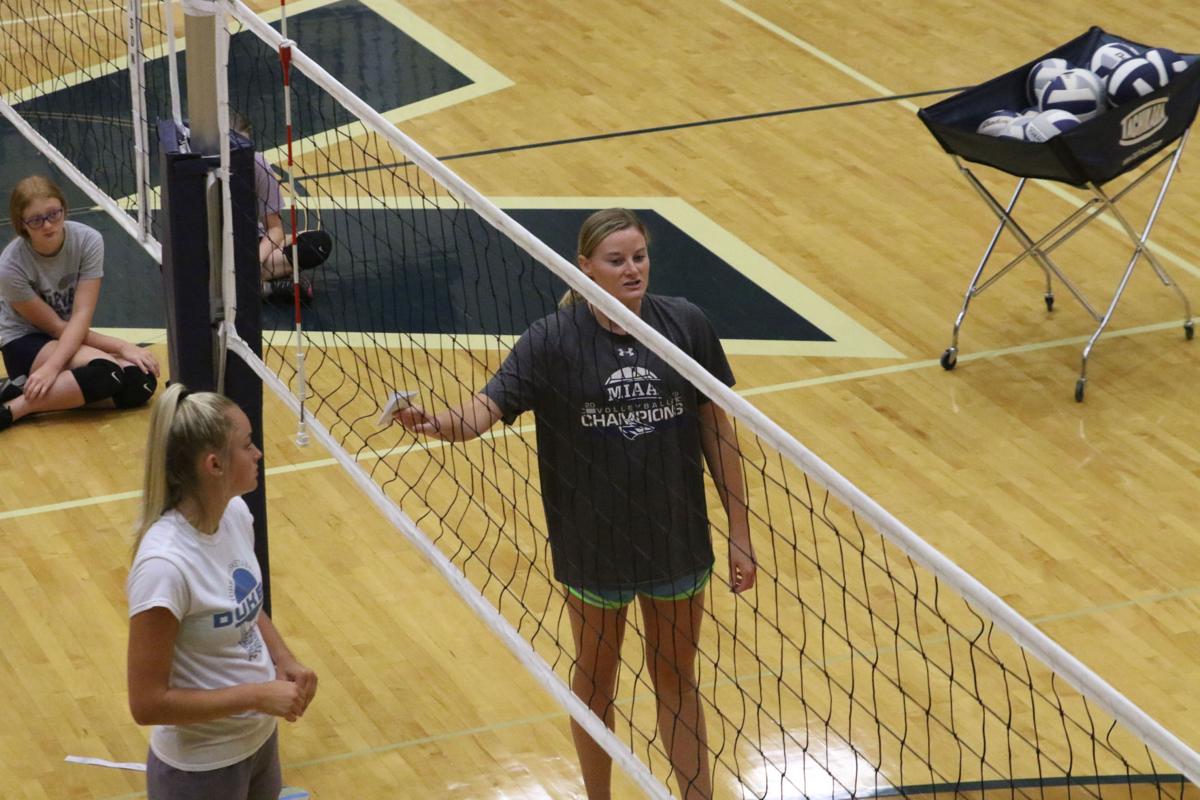 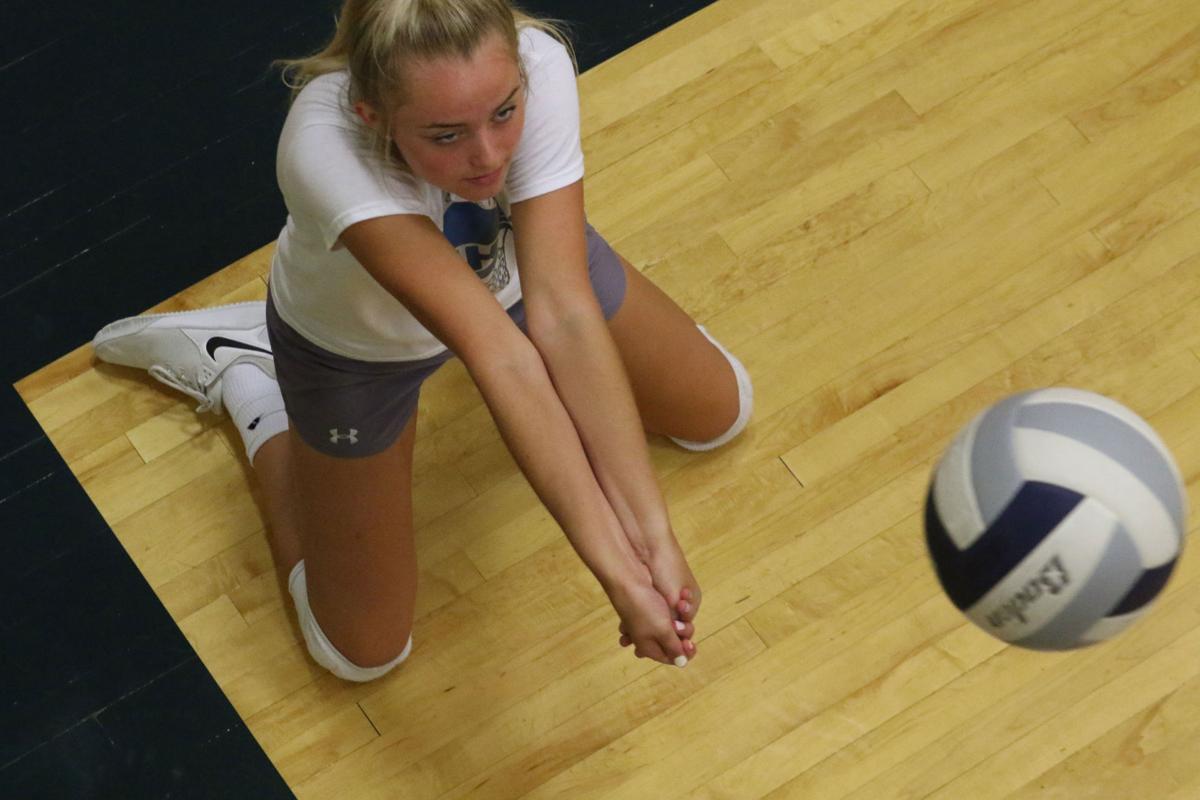 Digging up a short pass is senior Addison Legg. As a sophomore, Legg was third on the team in both kills and digs with 217 and 179 respectivley.

York junior Destiny Shepherd demonstrates how to dig up an attack during the first day of the UNK Volleyball camp for York volleyball players on Thursday.

Digging up a short pass is senior Addison Legg. As a sophomore, Legg was third on the team in both kills and digs with 217 and 179 respectivley.

YORK – York head volleyball coach Chris Ericson did not hold back his enthusiasm and optimism when talking about his 2020 volleyball team.

The Dukes were in the gym on Thursday as UNK Assistant Volleyball coach Steph Brand was in the first of a two-day volleyball camp at York High School. There were 28 girls in attendance.

Last week the York girls hosted several teams in York and the Dukes never lost a set in winning the team competition.

With seven girls returning who have extensive varsity experience it’s easy to see why Ericson is looking forward to the season.

“I was really encouraged with what I saw last week. Typically we don’t do any volleyball during the month of June and when we got the green light ahead of other sports for gyms to be open we started to bring in girls once a week for open gym. Setters were coming in two to three times per week just getting touches and working on mechanics and fundamentals,” said Ericson. “I was very pleased in our first camp right out of the gate. We were doing some things last week that I hadn’t seen with this group so our progression since last November looks pretty good.”

“The girls love just even being able to be back in the weight room. The format that we are using this year, which is groups of 10, has affected our attendance which has been better and the effort has been better,” Ericson pointed out. “I watched these girls in the basketball gym and they are thrilled to just be back participating in an activity with all of their friends.”

The optimistic attitude turns realistic however as teams don’t know at this time what the fall season is going to look like, if there is one at all.

“There is still a lot of caution there. About once a week I get a question from the girls if I have heard anything yet on the fall season and what the plans are,” Ericson said. “My answer to them is, any possibility that you can think of is still a possibility. We just have to be grateful for the days that we have and hope for the best. This is a group of girls that I am very much looking forward to taking out and competing with this year, but I can’t change the state of the world and I wish I could.”

Ericson said that to the best of his knowledge the NSAA has not made any rulings and that York Athletic Director Ty Herman has done a good job of keeping them informed of any news.

“We know there will definitely be a plan in place and we just have to be grateful for whatever opportunity we have. If we have to play with masks it’s better than not playing at all and it’s still volleyball,” stated Ericson. “Maybe a few more breaks to sanitize equipment and require things like hand sanitizer, coaches in masks maybe. The actual play of the game can’t change very much.”

Losing another sports season to COVID-19 would be a tough mental hurdle for some athletes to get over.

“I think for the well-being of the kids it’s really important that we have a season. I look back to when I was 16-17 years old, that was our life. To have one season taken away from them has been tough and for some kids to lose another there may not be a lot of purpose in the day,” Ericson added. “I don’t know what the best answer is. I guess we will play the cards we are dealt and see how it all plays out.”

Phelps, Ohno open up about suicide, depression in new doc

Cyclist in Poland crash stable after 5-hour surgery on face