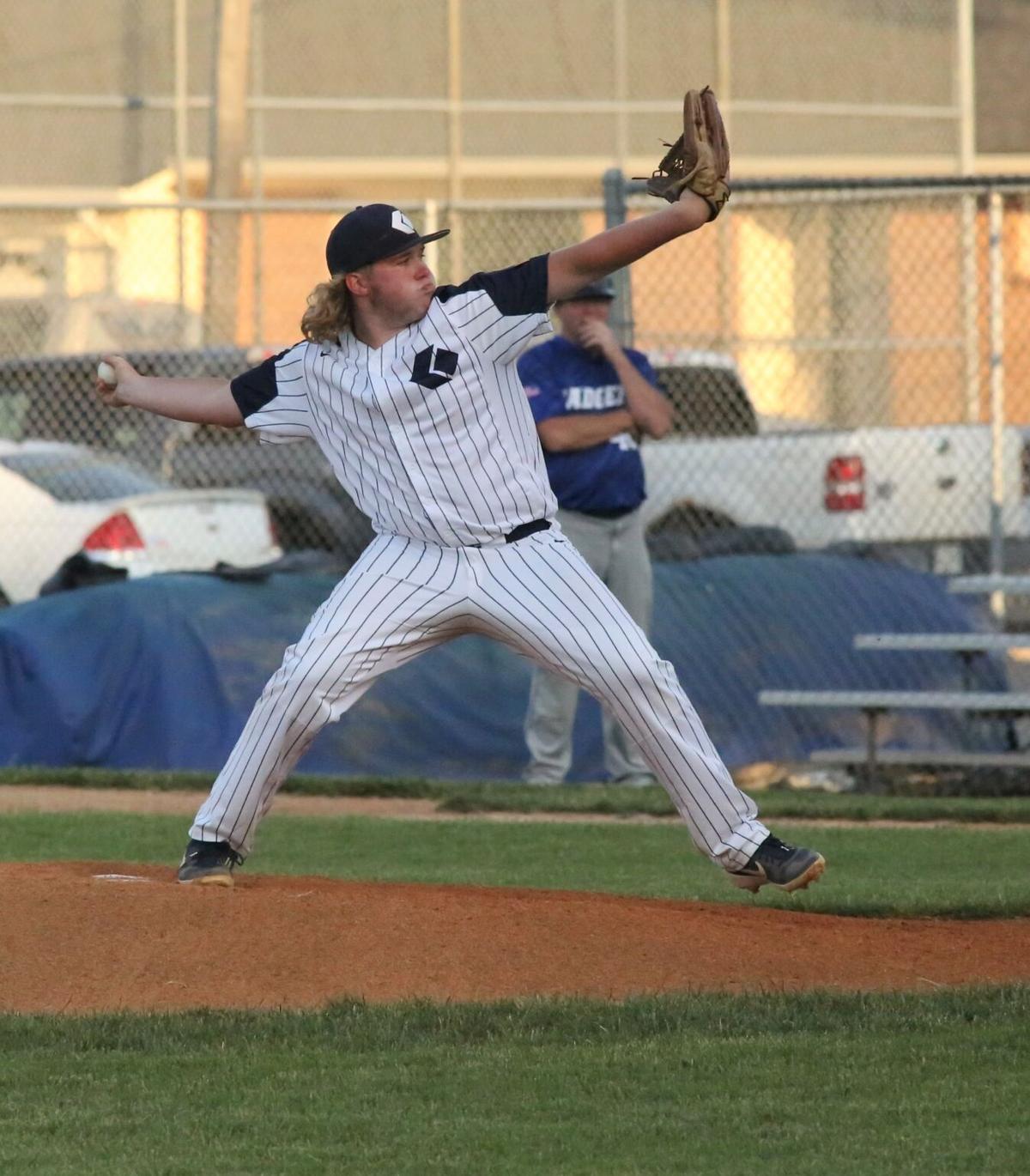 UBCF’s Caleb Horne drills a first-inning single in the Badgers’ game against the York Kings on Wednesday night In York.

On Cornerstone Bank Fan Appreciation Night at Levitt Stadium, the Kings used a wild pitch to score Noah Jones, who reached after being hit by a pitch to break a 3-3 tie in the bottom of the fifth.

The York crew added an insurance run in the bottom of the sixth when a Badger error allowed an unearned run.

Barrow threw six innings and gave up three runs, two of which were earned. He sent seven back to the bench with a K in the books.

The save went to Caleb Sahling who worked the seventh, gave up a hit and recorded one strikeout.

The Badgers took the early lead on a Jayden Hartshorn single to score Caleb Horne who had singled earlier in the inning.

The UBCF lead went to 2-0 in the second as Rashun Foreman scored on a Horne double.

The Kings got on the board in the bottom of the third when Bradyn Glebe tripled and scored on an error to make it 2-1. In the fourth they went on top 3-2 when Barrow walked and courtesy runner Trent Bush scored on a Creighton Hirschfeld three-bagger to tie the game at 2-2.

Hirschfeld scored when Glebe singled to right field for the 3-2 lead.

UBCF knotted the score at 3-3 in the fifth on a Kings error.

York’s six-hit attack was led by Glebe who was 2-for-3 with an RBI. Horne had three hits and drove in one run for the Badgers.

The Kings will be in action over the weekend at the Crete Tournament at Tuxedo Park. York will play the Malcolm Legion Seniors at 3:30 p.m Friday and at 6 p.m. take on Fairbury.

Larson wins 2nd NASCAR All-Star race, this one in Texas

FORT WORTH, Texas (AP) — Kyle Larson was back in the NASCAR All-Star race, and got another $1 million by winning it again.

Maddie Portwine is YNT Athlete of the Year material

Dressel wins, but Manuel fails to advance in swim stunner

UBCF’s Caleb Horne drills a first-inning single in the Badgers’ game against the York Kings on Wednesday night In York.