YORK-You can look at the York Dukes win over Lexington on Saturday in Central Conference action in two ways.

Both the Dukes and the Lexington Minuteman played great defense or it was just a bad offensively day for both teams.

York improved to 2-0 with the 37-23 win over Lexington on Saturday, but the offense struggled while the defense shut down every facet of the Lexington attack.

The Minutemen were held by the York defense to just 9 of 30 shooting from the field and did not make their first 3-point attempt until the fourth quarter and finished 2 of 7.

Even on the Minutemen’s uncontested shots at the free throw line, the basket had a lid on it as Lexington hit just 3 of 14.

York jumped to a 10-5 lead at the end of the first quarter and led 17-9 at the quarter as they were not having much better luck than Lexington hitting just 6 of 23 shots in the first half and 3 of 12 from 3-point range.

York 6-foot 2 inch senior Jake Erwin took the game over in the third quarter scoring nine of his team high 11 points as the Dukes stretched the lead to 31-13 and never looked back.

Along with Erwin’s 11 points, Matt Haggadone scored all of his seven points in the first half and Barrett Olson added five points including one three-pointer.

York was able to control the glass to the tune of 33-23 and the Minutemen had more turnovers through three quarters than they had points.

Lexington finished with 17 turnovers and the Dukes had 18, most of those in the fourth quarter when they were charted with seven.

Lexington was led in scoring by Austin Friedrichsen with 10 points as he scored four in the fourth quarter when Lexington out pointed the Dukes 10-6.

The Minuteman got five points from Kaden West and four from Anthony Rodriguez.

York will be back on the court on Tuesday night when they host 2-0 Elkhorn who had their game with Boys Town over the weekend postponed.

York and Elkhorn are scheduled to tip off at 7:15 p.m.

Detroit Lions embrace being underdogs in 2021

What will it take for the Giants to take down the Dodgers?

What will it take for the Giants to take down the Dodgers?

What impacted the line move on the Dodgers?

What impacted the line move on the Dodgers?

Simone Biles says she withdrew from final to protect team, self; plus more from Tokyo

Simone Biles says she withdrew from the Olympics gymnastics team final because she wasn't in the right headspace to compete. Here's the latest.

LINCOLN – As she gets set to begin the next chapter of her life next month, Maddie Portwine took to the basketball court one final time as a h…

How a midnight phone call led the nation's No. 1 volleyball recruit in the '23 class to pick NU

June 15 was the first day Division I volleyball coaches could talk to Class of 2023 prospects. The Huskers called Harper Murray at 12 a.m.

FAIRBURY – The York Seniors went 1-1 in district action over the weekend, getting no-hit in an 8-0 loss to Hickman on Saturday night. In a Sun…

With Simone Biles out, Russians win gymnastics gold over US

The Russian Olympic Committee has won the gold medal in women’s gymnastics after U.S. star Simone Biles exited with a medical issue.

At home in Japan, Nick Martínez pitches US over South Korea 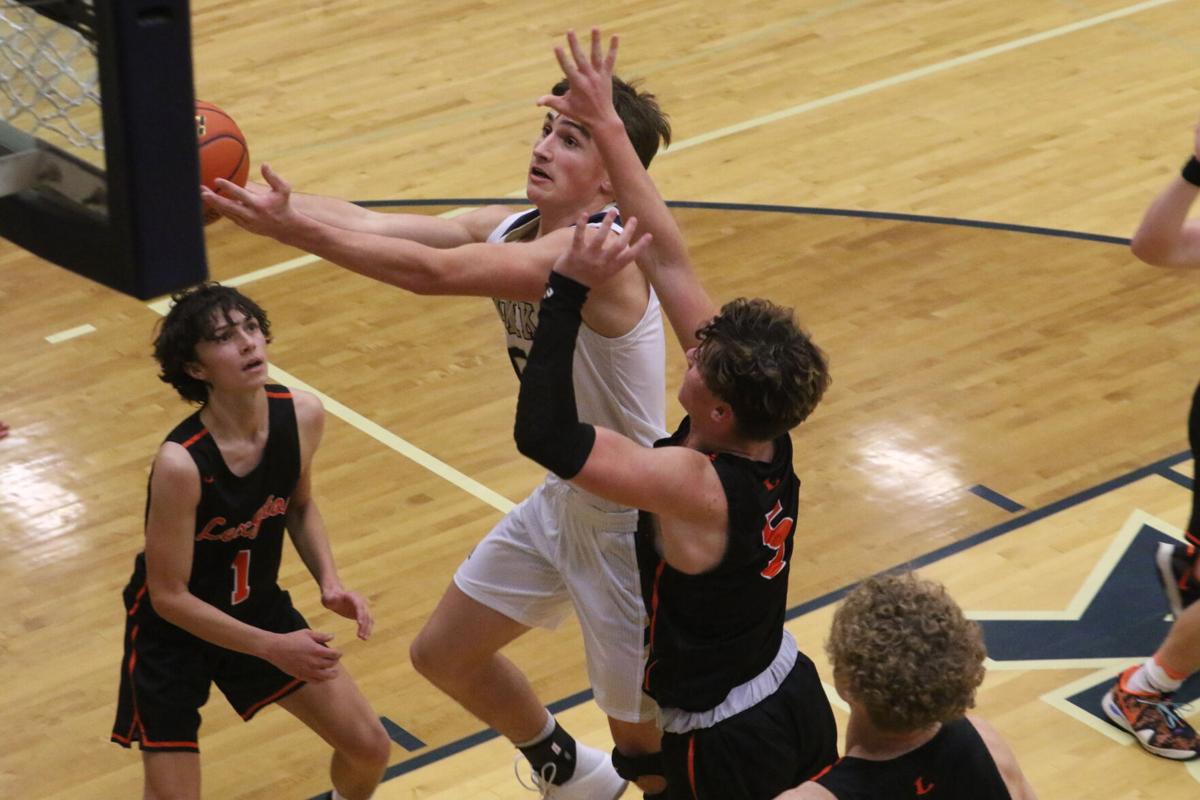 York senior Jake Erwin (5) drives to the basket as Lexington’s Kaden West (5) attempts to defend on the play. Erwin led the Dukes with 11 points, all of those coming in the second half, eight in the third quarter when York extended their lead to 31-13. 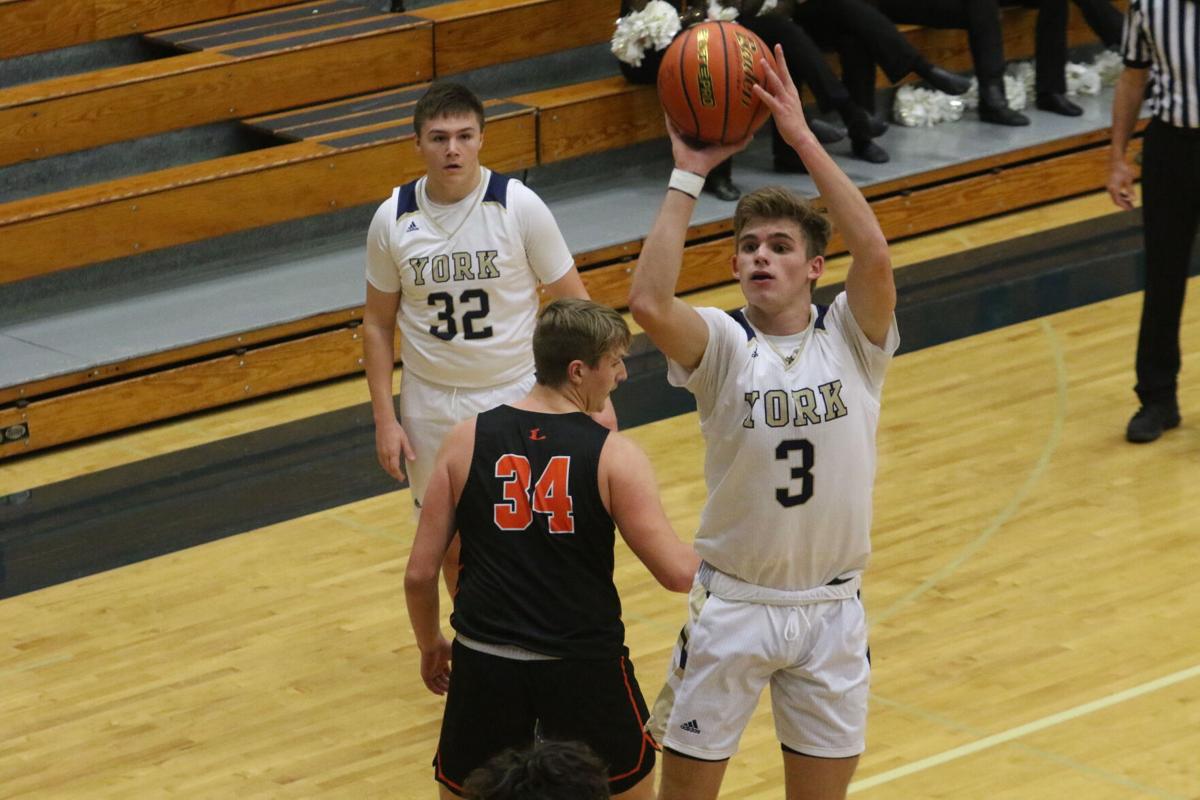 The Duke’s Matt Haggadone (3) gets an open look in the first quarter and knocks down one of York’s two three-pointers over the first eight minutes.