YORK – With the start of the 2020 high school softball season less than three weeks away, the York News-Times sports staff will be looking ahead to the season by featuring the top nine returning players from our four area coverage teams.

The YNT will be picking players from its coverage area schools, including the Centennial Broncos, Fillmore Central/Exeter-Milligan Panthers, Polk County Slammers and the York Dukes.

Three players will be featured each week until the start of the season, which will officially get underway on Thursday, August 20.

These selections are based on 2019 performances and statistics, as well as conference and all-state honors.

In 2019 York freshman Lauryn Haggadone burst onto the scene as she was thrust into a starting role on the hill for the York Dukes. Haggadone responded with flying colors as she led the York News-Times coverage area with 14 wins and she recorded 89 strikeouts which was second among area players.

Former York head softball coach Danyel Seevers was quick to give Haggadone a lot of credit at the end of the season.

“Lauryn grew a lot on the mound this year both mentally and physically. She also had strong appearances at the plate, said Seevers.

Haggadone tossed 116 innings and at the plate she maintained a .410 batting average which just out of the top five. The freshman scored 14 runs; she drove in 21 and she belted three home runs which was among the top five of area players.

Haggadone was a Central Conference third team selection and Class B all-state honorable mention in the Omaha World-Herald and YNT All-Area.

At the plate, Polk County sophomore Sadie Sunday raised her batting average from her freshman season 102 points as she was the top among area players with a .506 mark.

Sunday also ripped 11 doubles and she recorded a team high 40 hits along with 23 RBIs and 26 runs scored. She had 13 games where she recorded multi-hits and five times she had three hits.

“Sadie was a strong leader on the field at her catchers position and a steady force at the plate,” commented Polk County head coach Laureen Powell at the end of the 2019 season.

She also matched her freshman season on the base paths with nine stolen bases.

As a junior, Fillmore Central/Exeter-Milligan shortstop Jackie Schelkopf missed a whole month of her season with a leg injury.

While playing only 15 games didn’t get her a lot of post-season accolades, the junior was definitely on her way to a big year when the injury caused her to miss the middle half of the year. Because of playing in just 15 games she did not have enough plate appearances to be eligible for all-area stats.

She had a season high five hits against Twin River and in 51 plate appearances she only struckout one time.

She was four-for-four on stolen base attempts and she knocked in six runs.

Her career average through two seasons (ran Cross Country her sophomore season) is .484 and she has 62 hits and scored 51 runs. She goes into her senior season with a .554 on base percentage.

Sports Actually: Sorry Netflix, would’a been good to know ya

This is very least among the endless ramifications of the Big 10 decision to cobble together a football season after all.

HAMPTON – The Heartland volleyball team started slow, fell behind 20-7 in set one Tuesday at Hampton and never caught up The Hawks took the wi…

UTICA – Behind 12 kills from senior Kate Hirschfeld and 10 from classmate Jaycee Stuhr, the Centennial Broncos volleyball team made quick work… 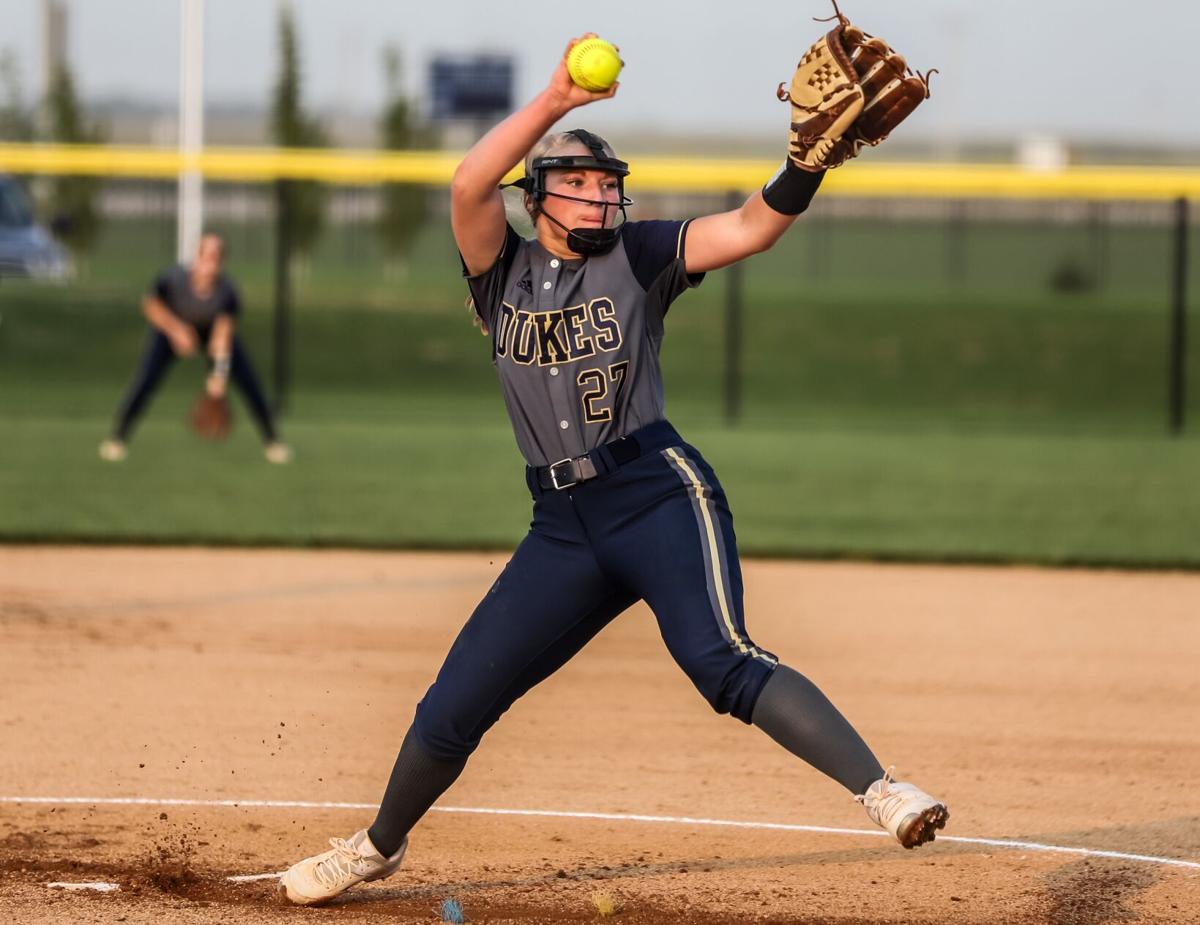 York sophomore Lauryn Haggadone burst on to the Class B softball scene with 14 wins on the mound in 2019. As a freshman she batted .410 and she was among the area power hitters with three home-runs. 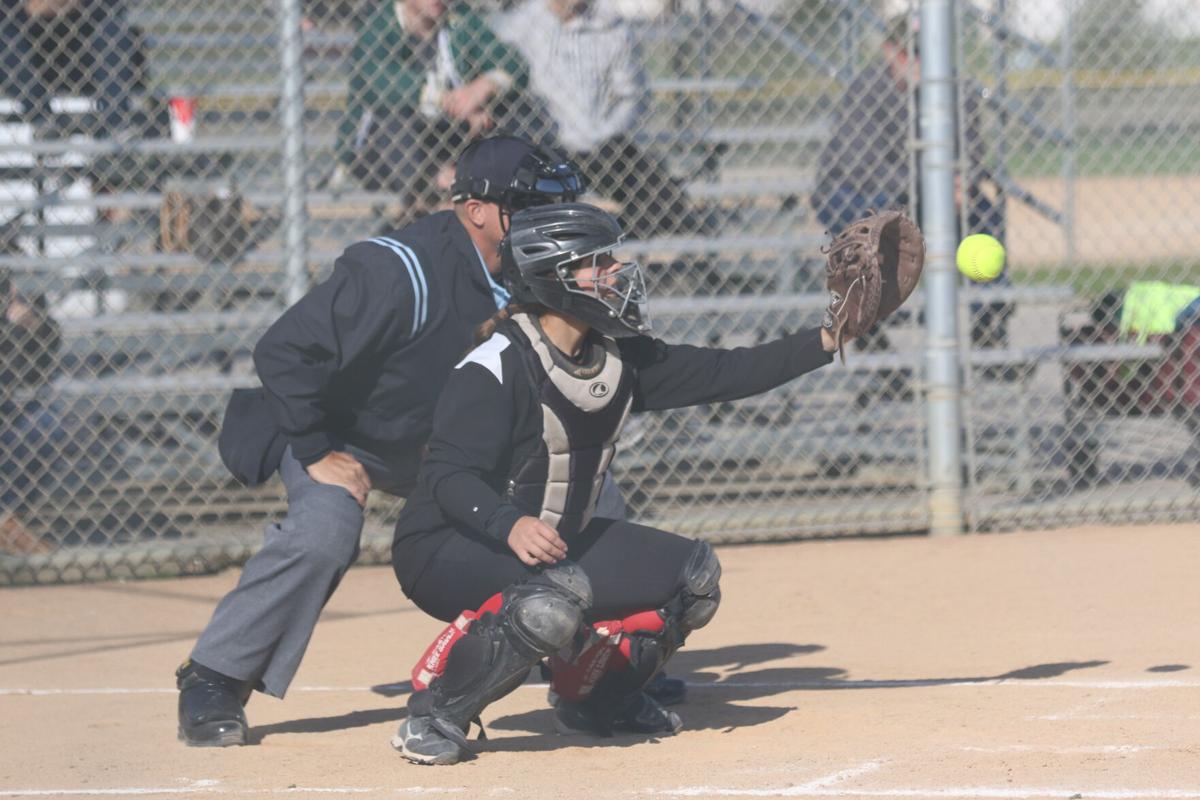 The top batting average in the York News-Times coverage area belonged to Polk County’s Sadie Sunday in 2019 with a. 506 average. Sunday was also a leader from behind the plate as the team’s catcher and she had 13 multi-hit games. 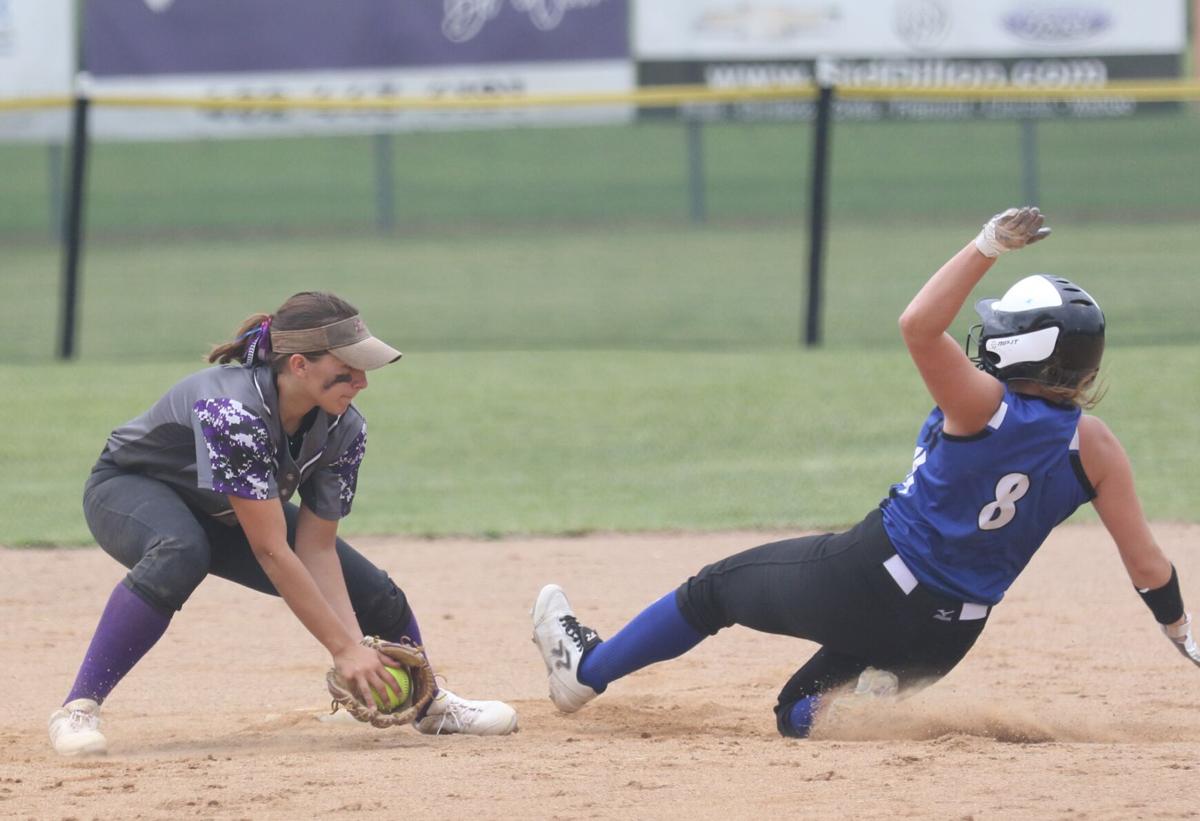 Despite just a 15-game season, Fillmore Central/Exeter-Milligan’s shortstop Jackie Schelkopf  (left) was on her way to a huge season. Over those 15 games she was 22 of 44 at the plate and she had a season high five hits against Twin River.