That’s been a popular saying in football for a long time. The leader of a defense is usually the top tackler, and the York News-Times’ area lost some talented ones to graduation last year.

But not all of them.

The News-Times’ area brings back solid student-athletes on the defensive side of the ball. That’s what we break down next in the final “YNT’s top three” series.

*These top returning receiver selections are based off performances from the 2019 season and are not in any particular order.*

Koby Head has played a lot of snaps for the Fillmore Central football program the last three years.

From his freshman year to his junior campaign last season, Head has recorded 220 tackles – 57 as a freshman, 63 as a sophomore and 100 as a junior. His 100 stops are the most for any returning player in the area.

Head racked up double-digit numbers in tackles last season in six of the Panthers’ nine games. His season-high was 18 in a loss to Aurora. That night he had seven solo stops and 11 assists.

Head will likely have another stellar season on defense for Fillmore Central and its first-year head coach Gabriel Eberhardt.

The Panthers open their Class C-1 schedule on the road Aug. 28 at Raymond Central, which went 2-7 last year and ended the season on a six-game losing streak.

Sure, it’d be easy to look at the 6-foot, 180-pounder’s rushing stats first. After all, he did rush for 1,292 yards and team-high 19 touchdowns for head coach Hayden DeLano’s team. But take a look at what Seim did on defense, too: a team-high 86 tackles, and that’s after missing the Cougars’ first two games of the season due to injury.

Seim had 10 or more tackles at linebacker in five of the 10 games he played in. His season-high of 15 was reached twice – in the regular-season game against Osceola/High Plains and in the second-round victory over Bruning-Davenport/Shickley in the Class D-1 playoffs.

Seim and Cross County open the season with a week zero game at Blue Hill on Aug. 21. Blue Hill went 4-5 last year in D-2 ball, losing 52-6 to Garden County in the first round of the playoffs.

The 2019 season was the best in school history for the McCool Junction football program. The Mustangs, in their second year as a Six-Man program, went 11-1 and played for a state championship.

Even though McCool fell just short to a juggernaut in the Harvard Cardinals to take runner-up, a strong foundation and winning culture may have been established.

One of the key players during last year’s run was the ball-hawking Chase Wilkinson, who had 85 total tackles – second-most on the team – and earned first team all-state honors in the Omaha World-Herald.

Wilkinson plays bigger than his 5-7, 160-pound stature. He had 10 or more tackles in three games last year, and his season-high of 15 came in a wild 55-40 playoff win over Crawford in November. In the state championship, Wilkinson had 14 stops, including 11 solos.

Wilkinson is a sure tackler, but he can also pick off the quarterback. He led the team with seven interceptions and terrorized Sterling in September, intercepting three Jet passes in the Mustangs’ 55-0 rout.

“Chase had the ability to read routes extremely well and did a nice job of making plays on the back end of our defense,” McCool head coach Jarrod Weiss said last year.

No. 7 York rolls through Crete after long layoff

COLUMBUS – The York Dukes boys tennis team went to Columbus and left with a 6-3 win on Monday.

York looking to turn things around, but faces tough test in No. 1 Hastings

Dukes get road split on the softball diamond in St. Paul

Sports Actually: How about a dose of outdoors this morning? 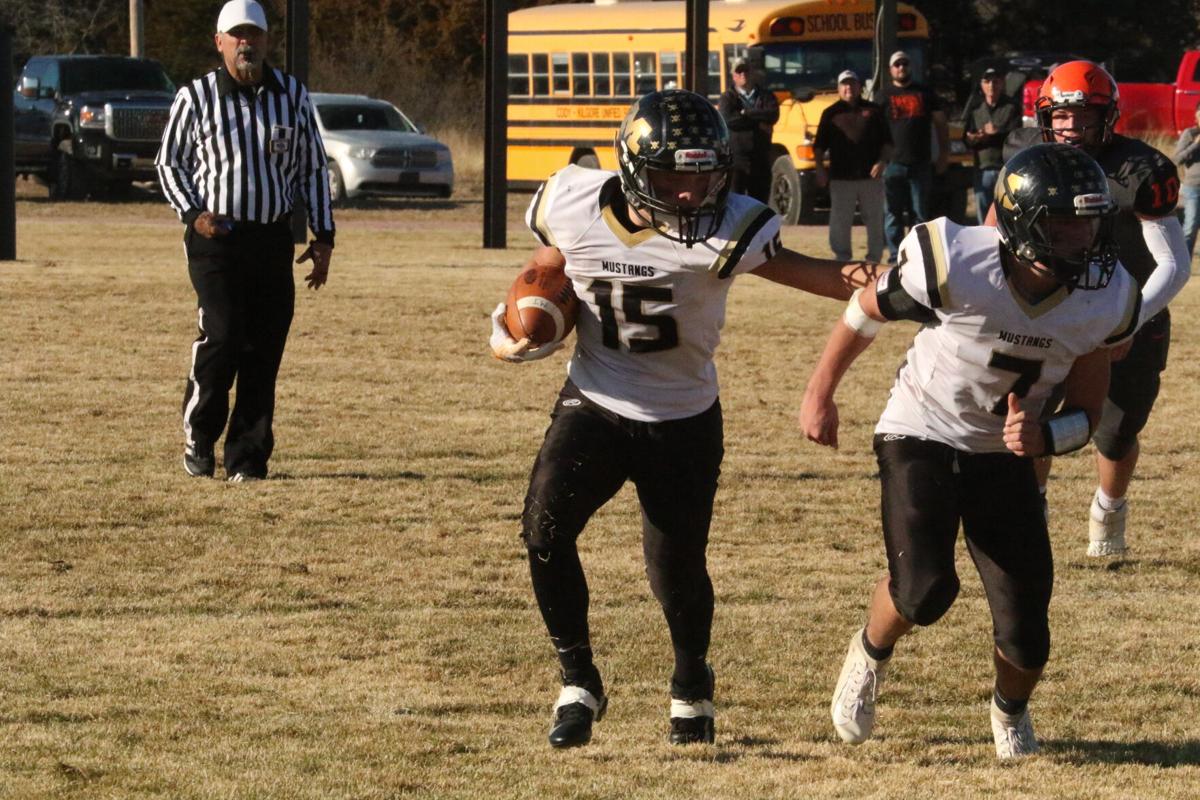 McCool Junction’s Chase Wilkinson, shown here carrying the ball in last year’s Six Man semifinal at Cody-Kilgore, is the Mustangs’ returning leading tackler. He also picked off a team-high seven passes and was first team all-state in the Omaha World-Herald. 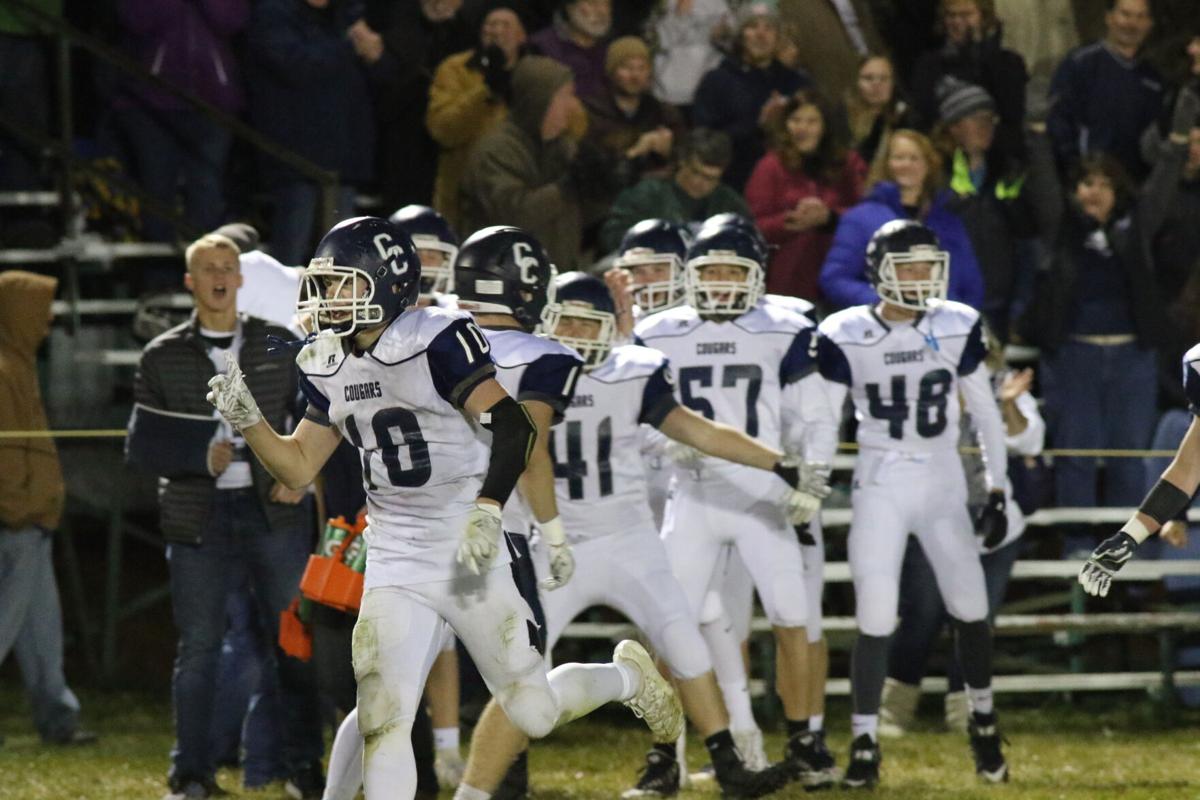 Cross County’s Carter Seim (10) is back for his junior campaign this fall after leading the team in tackles last year as a sophomore. He’s also a returning 1,000-yard rusher for the Cougars.