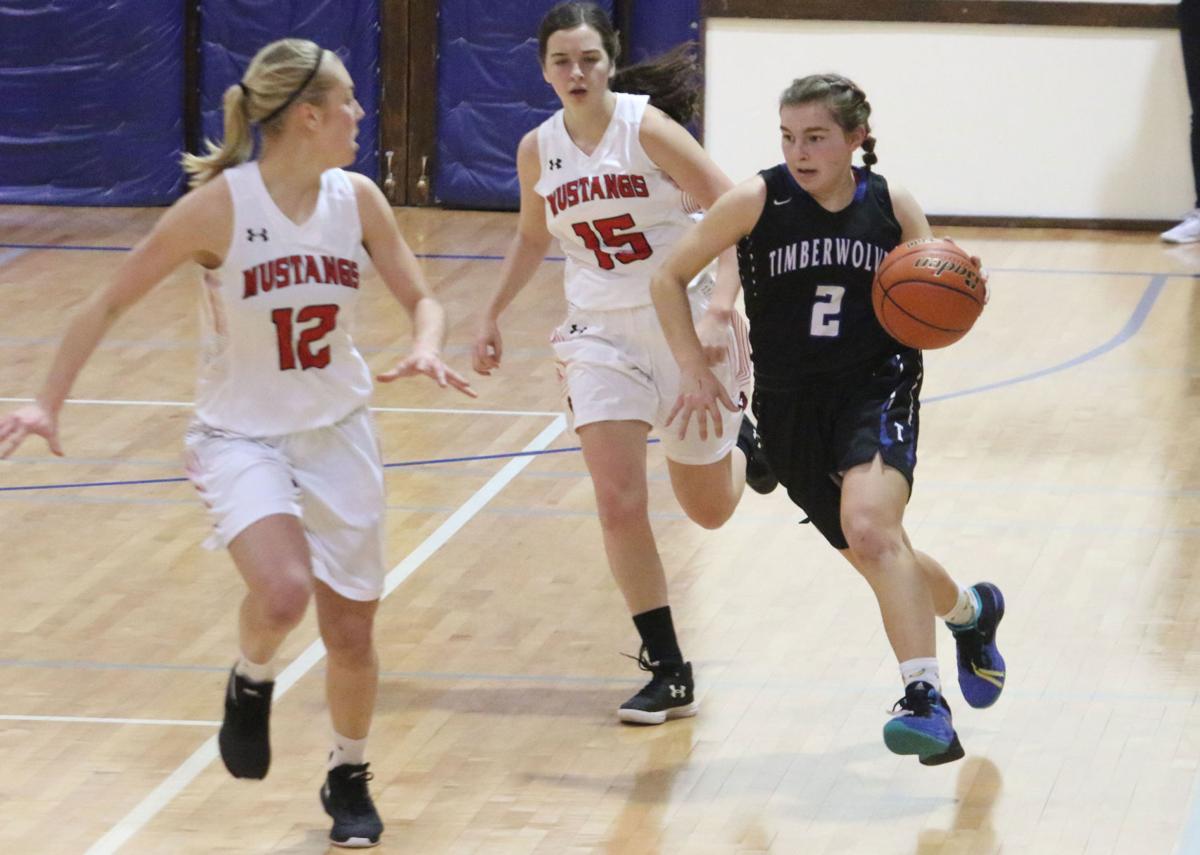 Exeter-Milligan 5-foot-5 junior guard, Jaiden Papik, brings the ball up the court after a second-quarter steal in Crossroads Conference tournament action at the York City Auditorium on Thursday night. On defense for the Meridian Mustangs is Halle Pribyl (12) and Ally Kort (15). 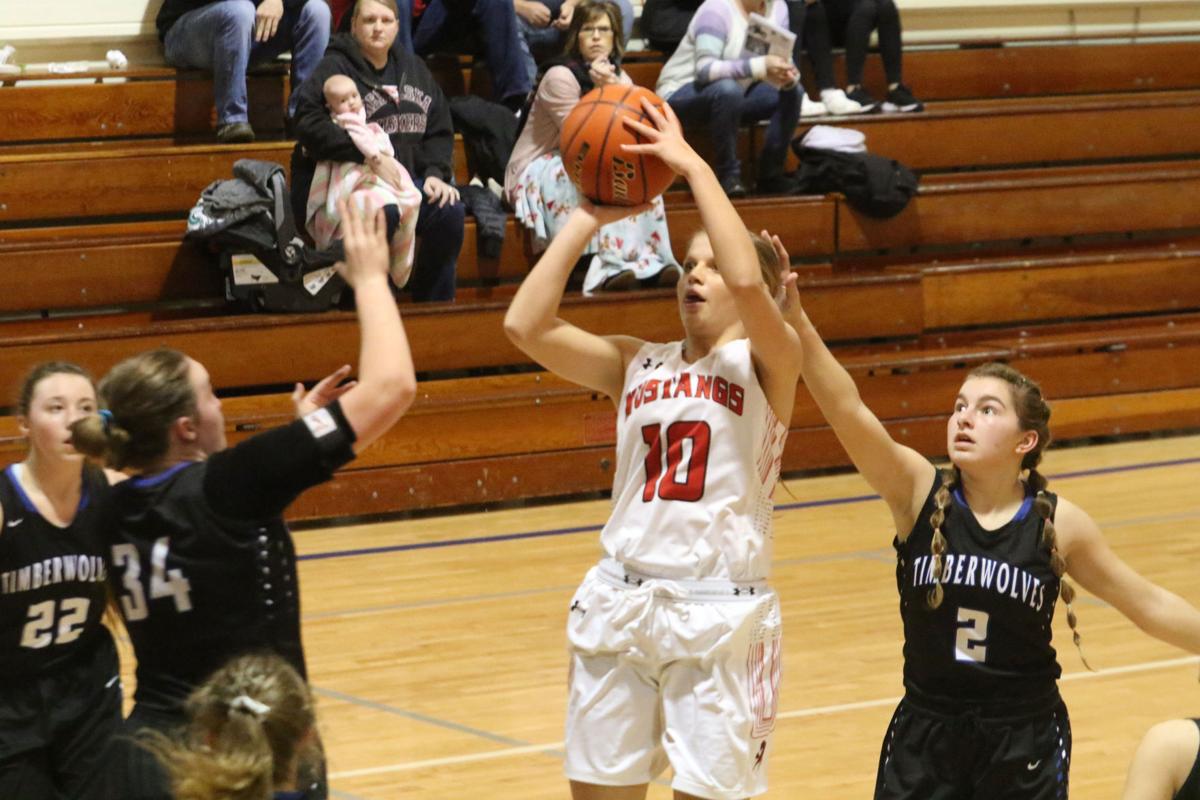 YORK – It wouldn’t seem that one foul call could be so costly, but this one was.

With four tenths of a second on the clock in the third quarter, the Exeter-Milligan Timberwolves committed a foul that turned the tide of Thursday night’s Crossroads semifinal game with the Meridian Mustangs.

The Timberwolves had fought back from a nine-point third quarter deficit to trim the Meridian lead to 36-34.

That’s when Mustang’s senior Josiee Sobotka drove hard to the basket with time about to expire and she was fouled on a 3-point attempt with four tenths of a second on the clock.

Sobotka knocked down all three of her free throws to extend the Mustangs lead to 39-34 and they went on to the 50-40 win to advance to the CRC title game tonight against Cross County at 6:30 p.m. tonight.

Sobotka scored a game high 22 points and went 12 of 14 at the line in Meridian’s win.

The Mustangs were up 26-12 in the second quarter and the Timberwolves didn’t have much going right at that point.

Exeter-Milligan (10-8) climbed back to within 26-16, behind three points from senior Anna Sluka and five from sophomore Emma Olsen, including a 3-pointer at the buzzer after running down a long offensive rebound to make it 26-19 at the break.

The 7-0 run to close the second quarter by the Timberwolves grew to 9-0 in the third quarter, but the Mustangs answered with seven from Sobotka and a three-pointer from Halle Pribyle to extend the lead back to seven points and eventually nine.

Olsen scored four of her team high 17 points in the third quarter and added six more in the fourth, but the Timberwolves could get no closer than four points at 42-38 with 4:06 to play.

Exeter-Milligan was charted with 14 of 36 from the field overall and just 2 of 10 on three point shots.

Meridian was 14 of 37, with a big difference from behind the 3-point arc where the Mustangs were 5 of 14.

Also in double figures for the Mustangs was senior Halle Pribyl with 10. Most of her scoring came in the first half as she was in foul trouble.

Other than Olsen’s 17, Cameran Jansky, Sluka and Cammie Harrison all finished with five points.

The Timberwolves held a slight advantage on the boards 27-23, but turned the ball over 25 times to 19 for the Mustangs.

Exeter-Milligan will take on Shelby-Rising City in the CRC third place game at 3 p.m. today.

Exeter-Milligan 5-foot-5 junior guard, Jaiden Papik, brings the ball up the court after a second-quarter steal in Crossroads Conference tournament action at the York City Auditorium on Thursday night. On defense for the Meridian Mustangs is Halle Pribyl (12) and Ally Kort (15).