With 2:17 to play in the game, Northwest senior Claire Caspersen scored on a putback to cut York’s lead to 29-27.

York raced the ball upcourt and senior Maddie Portwine squared up and drilled the long 3-pointer to keep the Dukes on track with a 36-27 win over the Vikings in the B-6 subdistrict final at York High School.

Portwine’s three-pointer was the only shot from beyond the arc that hit the mark on Tuesday night for the York girls. The Dukes were 1 of 11 in the game, while Northwest finished 2 of 10.

When asked after the game if he was comfortable with the shot, Kern said he was.

“Yes, it was nice smooth release in transition and that was just a huge three-pointer. Maddie is a scorer she feels comfortable in that rhythm. Obviously she misses it that might change the game, but when she hit the shot that really kind of got us back on track, because we were really struggling offensively at that point,” Kern stated. “Credit Northwest because they play great defense, but when that shot went in you could see everybody just kind of relax for us and they kind of scrambled and made some mistakes.”

“You see how they (Northwest) battle to the end. They are a championship caliber team and they are not going to quit and you knew there was a possibility they could do it,” said Kern. “We focus so hard on our defense and that was something that carried us tonight.

Northwest had a chance to get back in the game after the Portwine three-pointer, but York’s defense just wouldn’t allow it.

Portwine who led all players with 18 points added four free throws and York held the Vikings scoreless the final two minutes to improve to 19-3.

York will host a district final on Saturday and that opponent will be determined later this week.

York’s defense was a huge reason the Vikings could not get into any kind of offensive rhythm Kern said that was the focus going into the game.

“Sometimes when you focus on the defensive side of the ball, you might hurt your offense a little, but you hope that a steal, a long rebound or a putback energizes the team,” Kern added. “We need to continue to be aggressive on defense,

York led 11-6 at the end of the first quarter and 23-14 at the half. The Dukes stretched the lead to as many as 11 points before the Vikings started to make a run in the fourth quarter.

Other than Portwine, junior Masa Scheierman was a force in the paint the first half scoring all 12 of her points.

Northwest was 9 of 28 and 7 of 12 at the line. They were led in scoring by Caspersen with 10 and Adriana Esquivel with eight. Shanae Suttles who lit up York for 20 in the Central Conference semifinal, scored just four points.

York had a sizeable lead on the glass in the first half, but only ended up with a 29-28 advantage on the boards.

York finished with 13 turnovers to 12 for the Vikings. 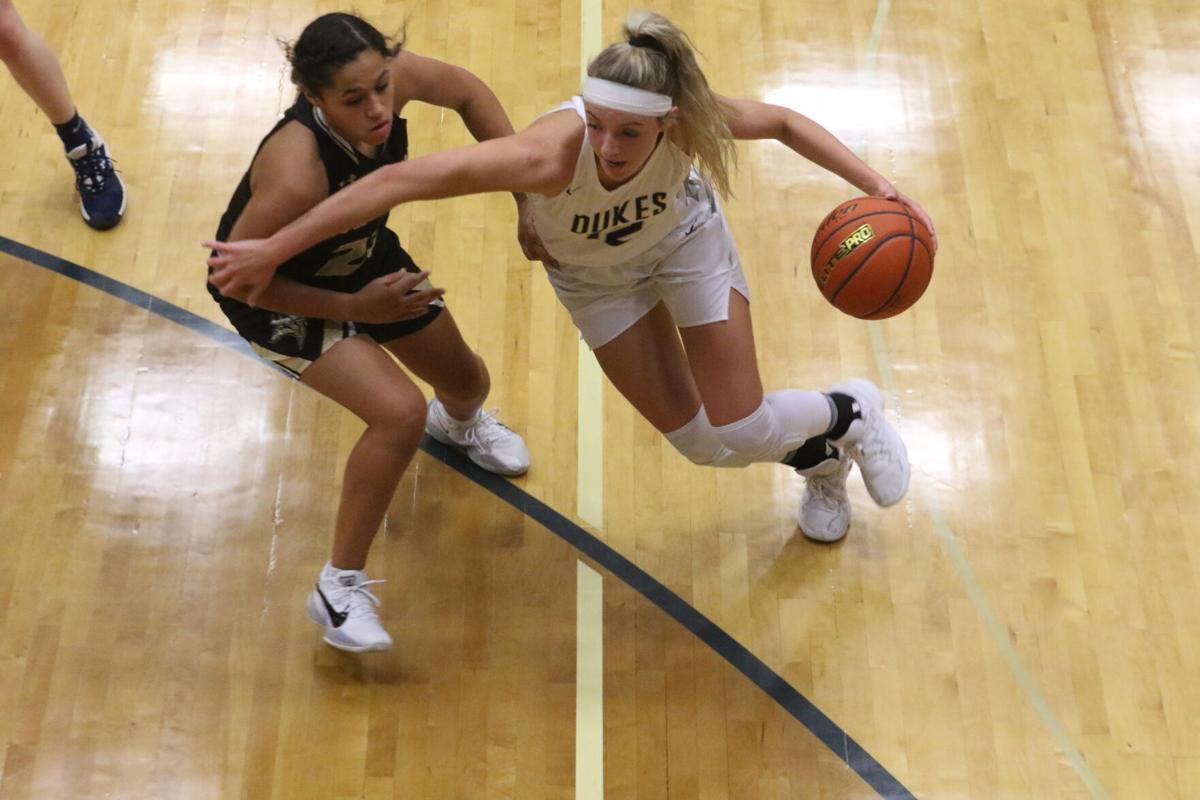 York senior Maddie Portwine (12) works her way around the defense of Northwest senior Shanae Suttles in first quarter action at York on Tuesday night. Portwine had seven of the Dukes first 11 points. 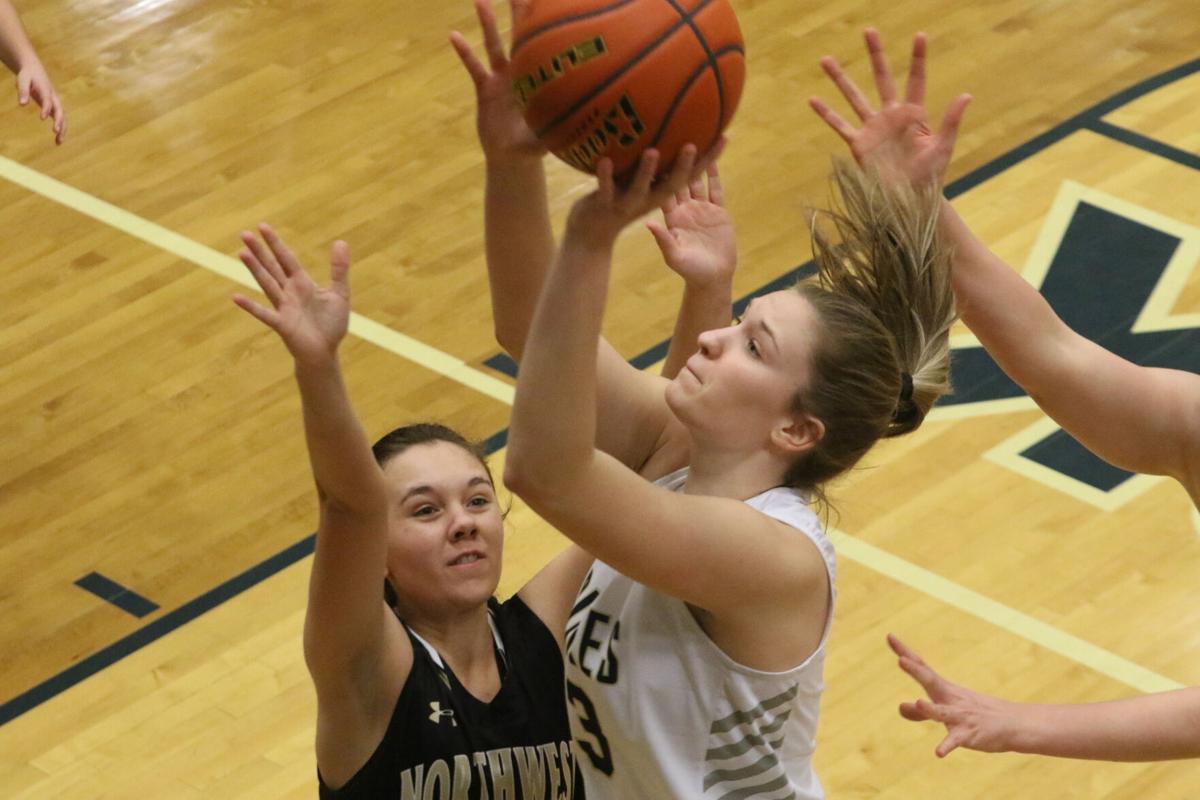 York junior Masa Scheierman (3) dominated the boards and the play in the paint in the first half as she scored eight second quarter points helping the Dukes to build a 23-14 halftime lead. 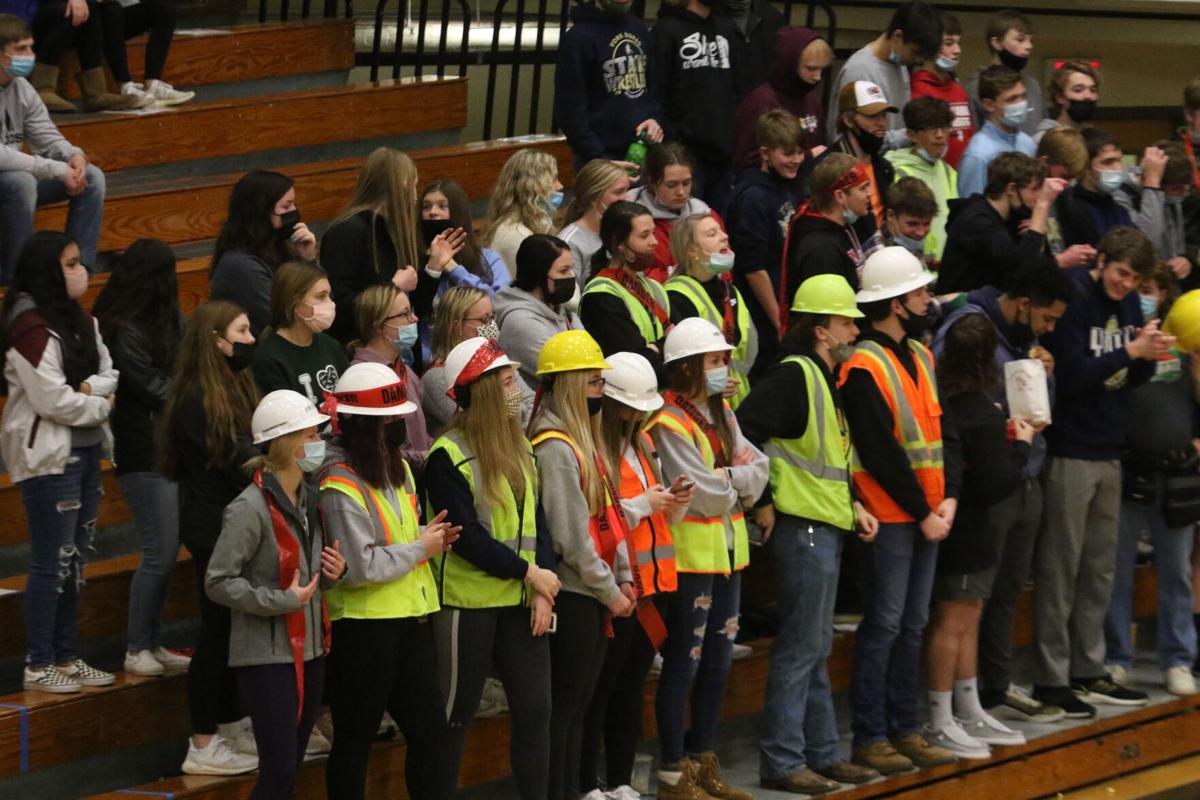 The York student section was out in full force on Tuesday night as they cheered on the York girl’s basketball team in the B-6 subdistrict final at the Duke Dome.