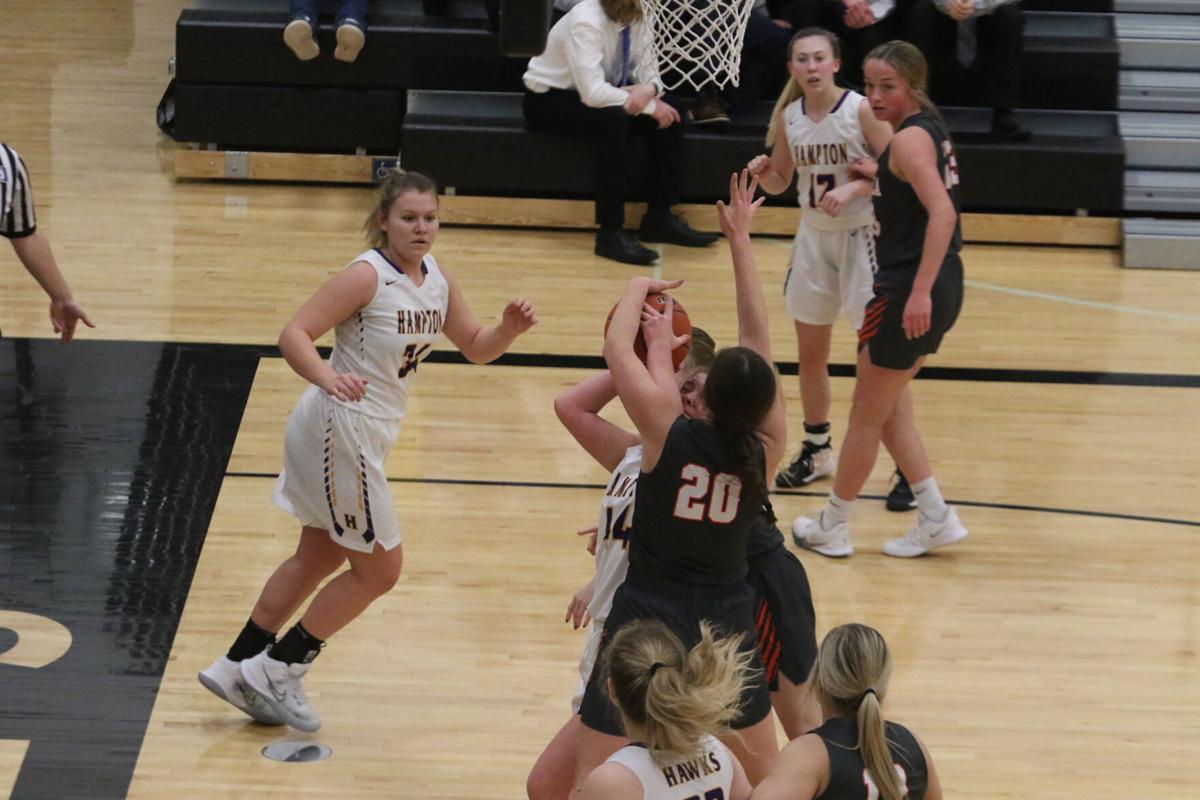 Osceola’s Baili Kumpf (20) ties up Hampton’s Zaya Stuart as she tries to get off a first quarter shot. Kumpf led the Bulldogs in scoring as they defeated Hampton 47-40 in the first round of the CRC Tournament at Shelby. 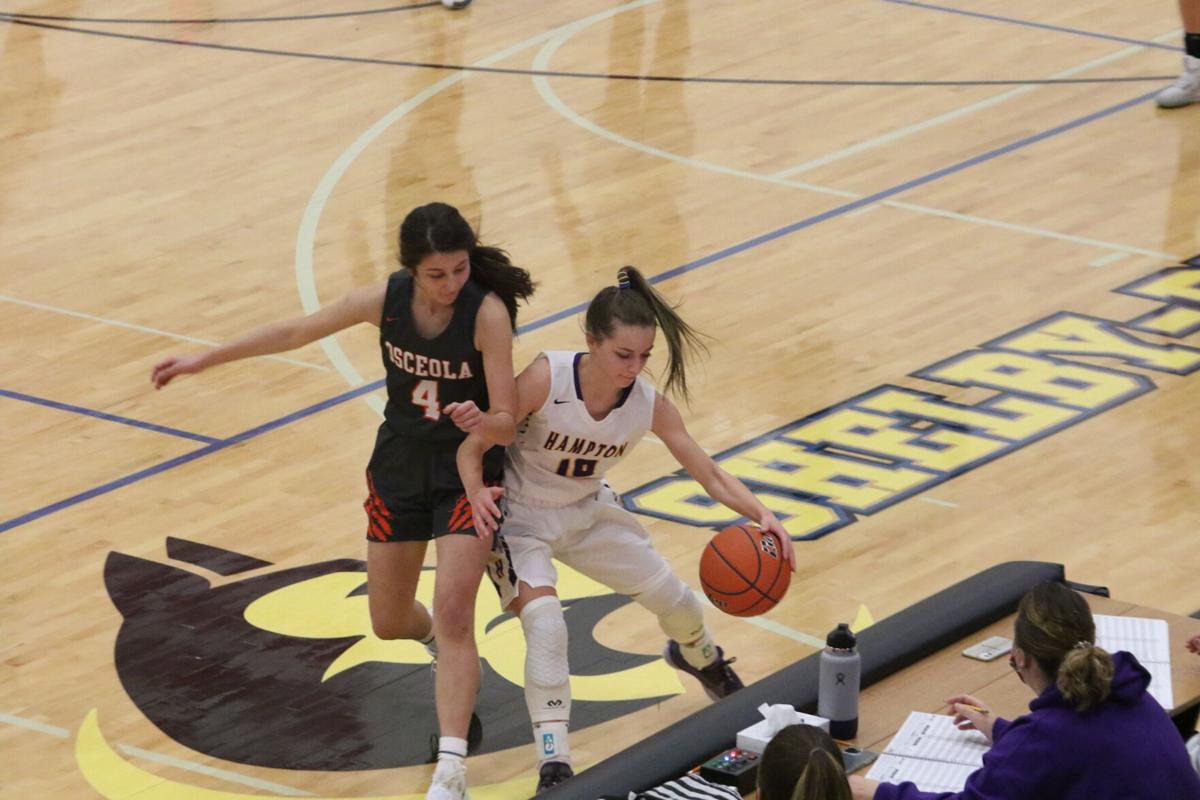 SHELBY-The Osceola Bulldogs turned a four point halftime lead into a 17-point advantage in the third quarter and the Hampton Hawks could never recover.

The Hawks battled back with an 8-0 run to close the third quarter to make it 36-30, but Osceola went right back to work opening with a 7-0 run to start the fourth and held on for the 47-40 win and advanced to the Cross roads Conference quarterfinals on Monday against the No. 1 seed Exeter-Milligan Timberwolves.

Osceola used a potent inside game with 5-foot 11 inch Baili Kumpf scoring four of her team-high 14 points in the third quarter and Rori Wieseman scoring all five of her points in the quarter, helping the Bulldogs to build a 33-16 lead.

Hampton answered scoring eight straight behind 6-foot 5 inch senior Emma Hansen who picked up three offensive rebounds and turned them into points to help the Hawks close the gap to 36-30 headed to the final eight minutes.

Osceola pushed the lead back to 13 points at 43-30 and Hampton was not able to make up the difference.

Osceola was 17 of 49 from the field and they were 3 of 10 on 3-point shots. The Bulldogs cashed in on 10 of 16 free throws and played a pretty clean game with just 11 turnovers.

Hampton was led in scoring by Kylie Mersch with 11 and eight points each from Lillian Dose and Hansen. The Hawks finished 13 of 41 from the field and that included 0 of 6 on their 3-point attempts.

Hampton was 14 of 25 at the line and they committed 13 turnovers.

Osceola held a slight 32-31 advantage on the glass.

CROFTON-The Crofton Warriors dominated the offensive boards in the first half.

A push to teach gamblers which sport betting sites are legal

Silver: NBA may return to normal in '21-22, virus permitting

At the NBA All-Star Game, HBCUs will take center stage

Osceola’s Baili Kumpf (20) ties up Hampton’s Zaya Stuart as she tries to get off a first quarter shot. Kumpf led the Bulldogs in scoring as they defeated Hampton 47-40 in the first round of the CRC Tournament at Shelby.