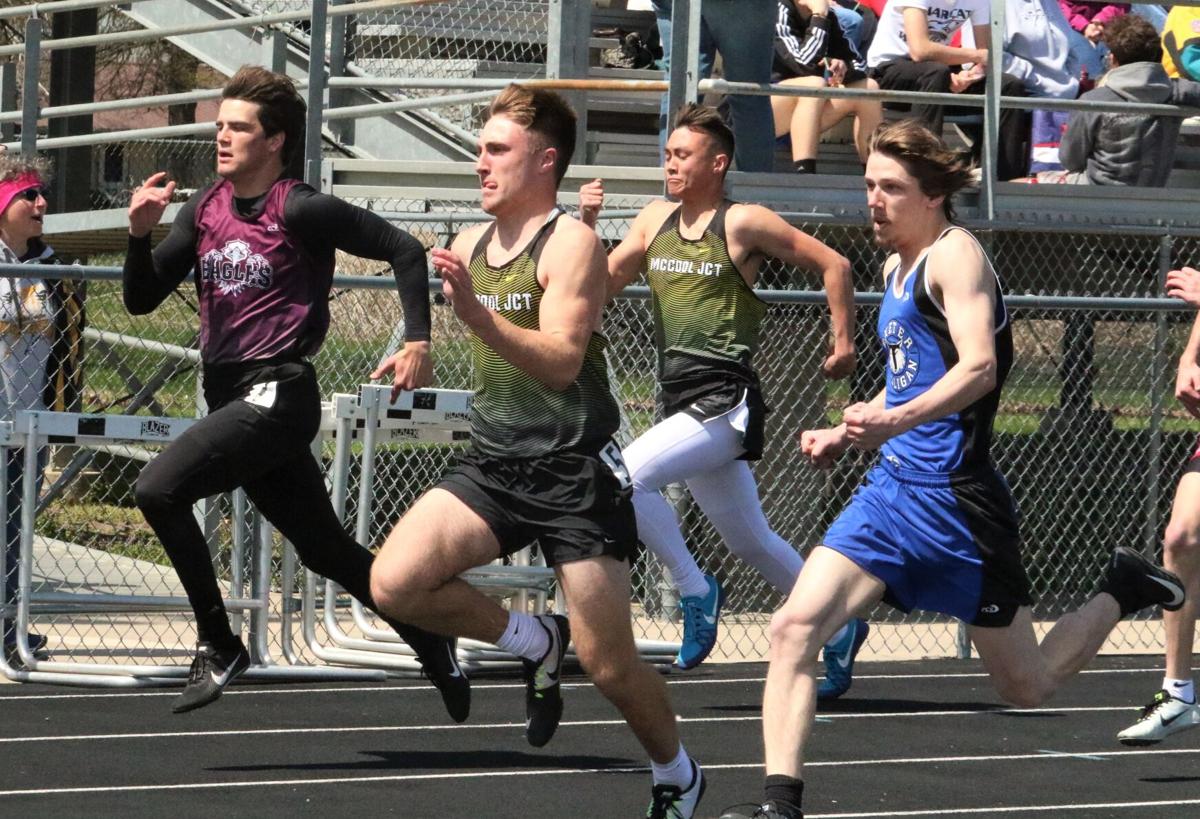 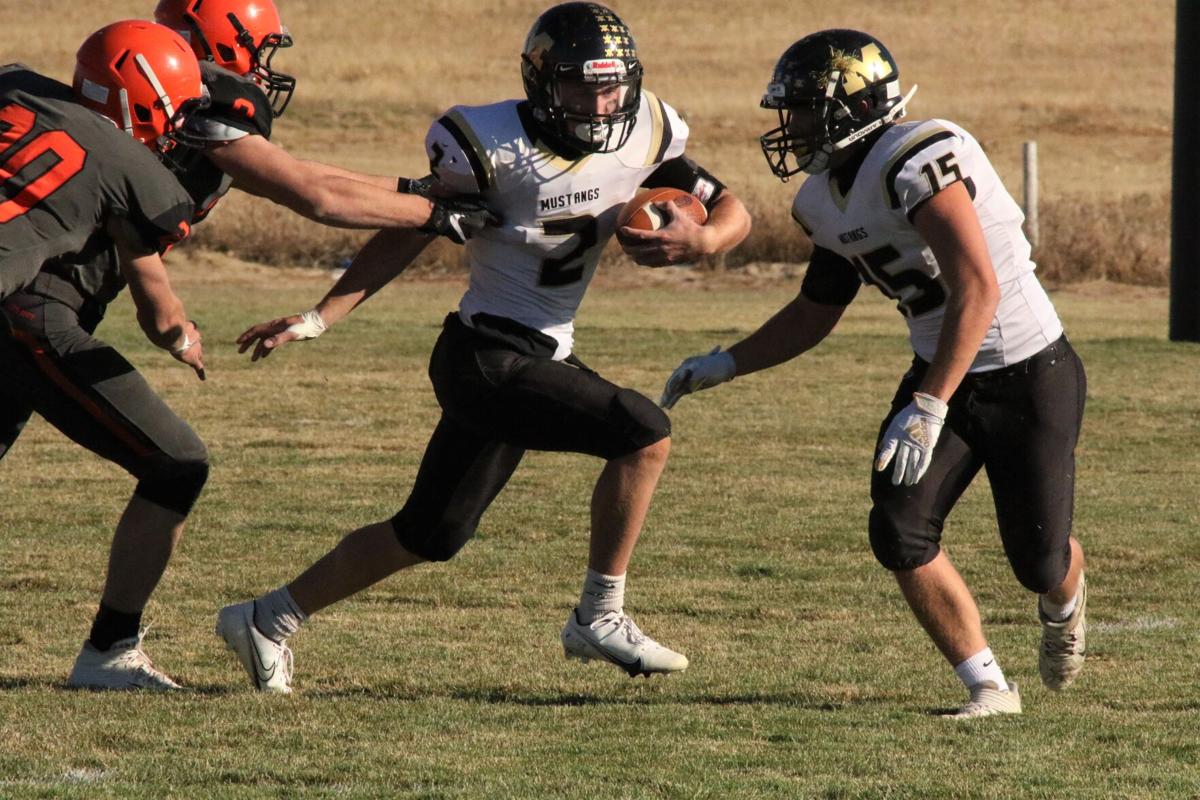 On the opening kickoff of the Mustangs’ semifinal game at Cody-Kilgore, Owen McDonald returned the kickoff for a touchdown. Here he works his way around the Cowboy defense with lead blocker Chase Wilkinson leading the way. For the season, McDonald scored 56 touchdowns, 48 in the run game. 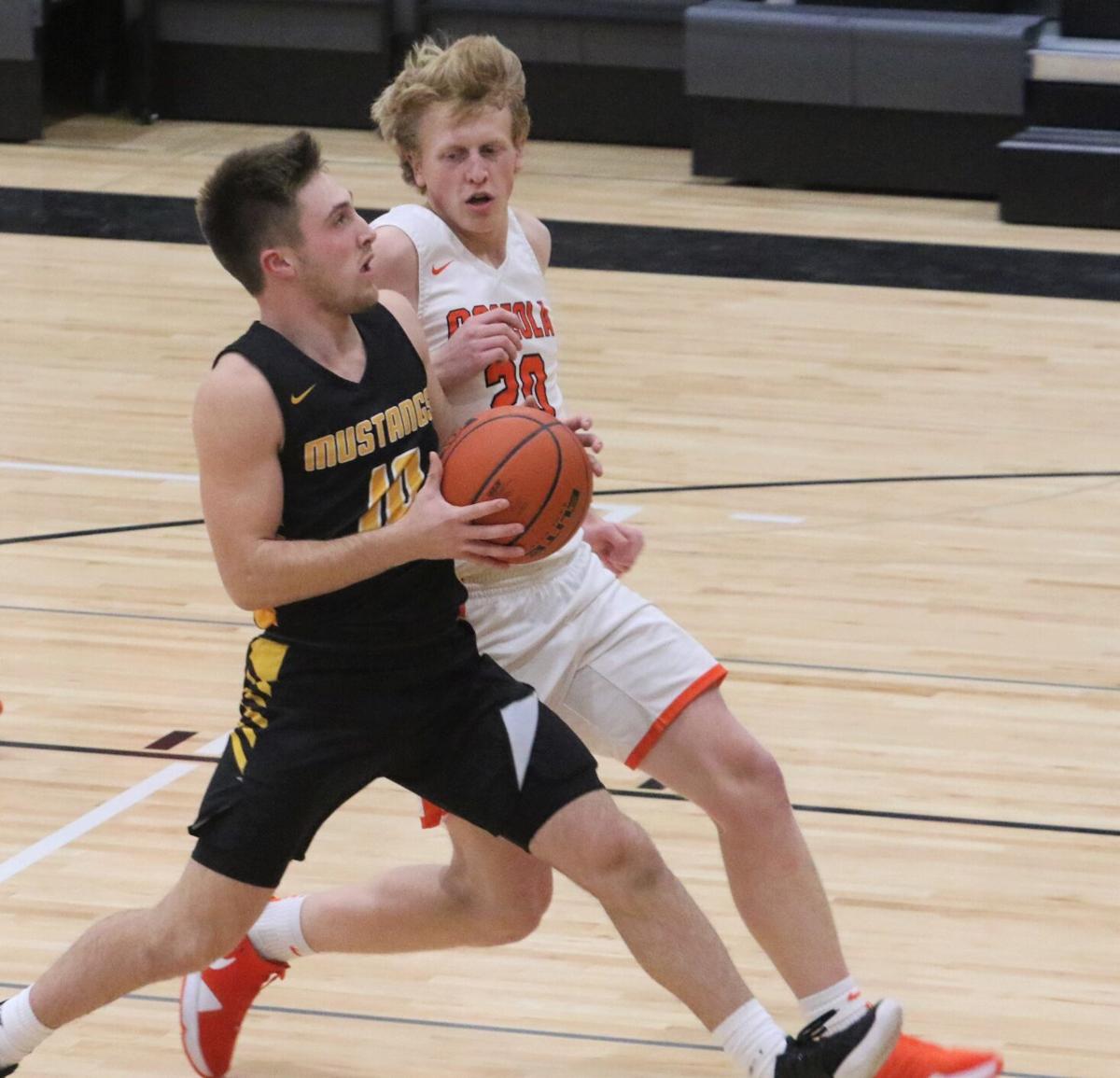 Owen McDonald was a threat from anywhere on the basketball court. He averaged 16.6 points per game and 6.6 rebounds.

Over the next few weeks we will be looking at the student athletes who are in contention for the York News-Times Female and Male Athlete of the Year Award. In the weeks leading up to the announcement of the two winners, there will be features written on the five male and five female student-athletes that are in the discussion to win the award. The awards will be presented later in June. The only criteria is that the athlete competes in three sports during the high school season.

MCCOOL JUNCTION - For those familiar with the name Owen McDonald, the first thought might be the night of November 20, 2020 when he rewrote the record book in the six-man title game against Sterling.

On that night at Cope Stadium on the UNK Campus, he ran left, he ran right and he ran right through and over the Sterling defense for 393 yards and eight touchdowns as the Mustangs captured the championship with a 70-20 win.

Mustang head football and basketball coach Jarrod Weiss talked about another side of McDonald in his all-area basketball nomination.

“The thing that stands out most about him is he just plays the game, he never lets anything bother him,” said Weiss. “I appreciate what he stands for. He is one of the best athletes I have ever coached and is truly one of the greatest overall kids that has walked the halls of McCool Junction.”

McDonald was the Six-Man Offensive Player of the Year as he finished his senior year with 2,032 yards rushing and 48 touchdowns. He was also a threat in the return game where he took five kickoffs the distance and finished with a total of 56 touchdowns.

On defense he had 68 tackles and five interceptions. He was D6-2 All-District; first team Six-Man All-State as a running back and a kicker. He was also a York News-Times All-Area selection.

On the basketball court he continued his dominance as he averaged 16.6 points per game, which was fourth in the final all-area charts and also averaged 6.6 rebounds. He was third in assists in the area with four per game and fourth in steals at 2.9.

McDonald scored double figures in 20 of the Mustangs’ 22 games and posted a season high of 28 against Nebraska Lutheran.

He was All-Crossroads Conference, YNT All-Area and Class D1 All-State honorable mention in both the Omaha World-Herald and Lincoln Journal Star.

When the fall of 2021 rolls around the McCool Junction three-sport star will take his talents to Doane University where he will not only major in Exercise Science and then attend Physical Therapy school, but also play football and run track for the Tigers.

Look to the Chargers and Seahawks to make the playoffs

Larson wins 2nd NASCAR All-Star race, this one in Texas

FORT WORTH, Texas (AP) — Kyle Larson was back in the NASCAR All-Star race, and got another $1 million by winning it again.

Italy to require 5-day quarantines for travelers from UK

On the opening kickoff of the Mustangs’ semifinal game at Cody-Kilgore, Owen McDonald returned the kickoff for a touchdown. Here he works his way around the Cowboy defense with lead blocker Chase Wilkinson leading the way. For the season, McDonald scored 56 touchdowns, 48 in the run game.

Owen McDonald was a threat from anywhere on the basketball court. He averaged 16.6 points per game and 6.6 rebounds.