GRAND ISLAND-On March 3, 2016 York head basketball coach Matt Kern joined the 100-win club in coaching with a 56-43 win over the Hastings Tigers in the first round of the Class B State Basketball Tournament.

On Saturday, the 15-year head coach of the Dukes reached another milestone as York topped the Northwest Vikings 58-50 to give Kern win No. 200.

“You always remember those milestone games. It’s awesome to have a number to it, but what I think about is all the girls that have come through the program and all the hard work they have put in over the years,” said Kern.

The Northwest Vikings (5-7) did not make things easy in the 12-0 Dukes as they fought back from a 14-point deficit in the fourth quarter and climbed back to within eight points, the final margin of victory for the Dukes.

“Northwest has a lot of pride. They won a state title a few years ago and they have a lot of size and that was a tough matchup for us,” Kern stated. “To come in here and get the win was huge.”

York senior Maddie Portwine was the offensive catalyst as she put up 22 points, 16 in the second half as she once again took the reigns of the York offensive.

But it may have been a 3-pointer by Masa Scheierman to open the fourth quarter, that gave the Dukes a shot in the arm that also curbed the momentum the Vikings built at the end of the third quarter.

“The three-point shot is something this team has lived on and to give them momentum. It’s not something we rely on, but when we hit a 3-pointer they are a momentum builder,” Kern said. “Obviously Masa stepping out and hitting that shot was huge for the team. We work on that shot a ton and they put a lot of work into getting that shot down.”

Northwest cut the lead back to 44-37, but a Maddie Portwine basket followed by her sister Kiersten scoring on a putback off her sisters miss made it 48-37 and the Dukes would build the lead to 14 points.

That scoring run salted away the No. 2 York win and ran their win streak to 12 games.

York got 12 points from Destiny Shepherd and eight from Scheierman. York was 21 of 50 from the floor and that included 4 of 12 on three-point shots. York connected on12 of 16 free throws and finished with a 31-26 reb9unding advantage.

York faces their two toughest tests of the year with a road game at Crete next Friday and a home encounter with No. 1 Norris next Tuesday, January 19.

Fairbury does not back down to the No. 1 Dukes

YORK-The Fairbury Jeffs came to York on Friday night with nothing to lose as they took on the Class B No.1 Dukes in girls’ non-conference action.

YORK-For the second time this season the York Dukes faced a six-game losing streak with a loss.

YORK – Conference tournament season is almost here, so right now seems like a good time to check in with the boys basketball statistical leade…

NORTH PLATTE-The York Dukes were staring at a 16-point deficit in the first half Saturday in their game at North Platte.

Osceola uses strong second half to get past Hampton

WACO — It’s been a rough stretch for the Nebraska Lutheran Knights girls basketball team. The Knights came into Thursday’s home contest in Wac…

HAMPTON – Behind three players who scored in double figures, the Nebraska Lutheran Knights boys basketball team picked up a big 65-29 win on t… 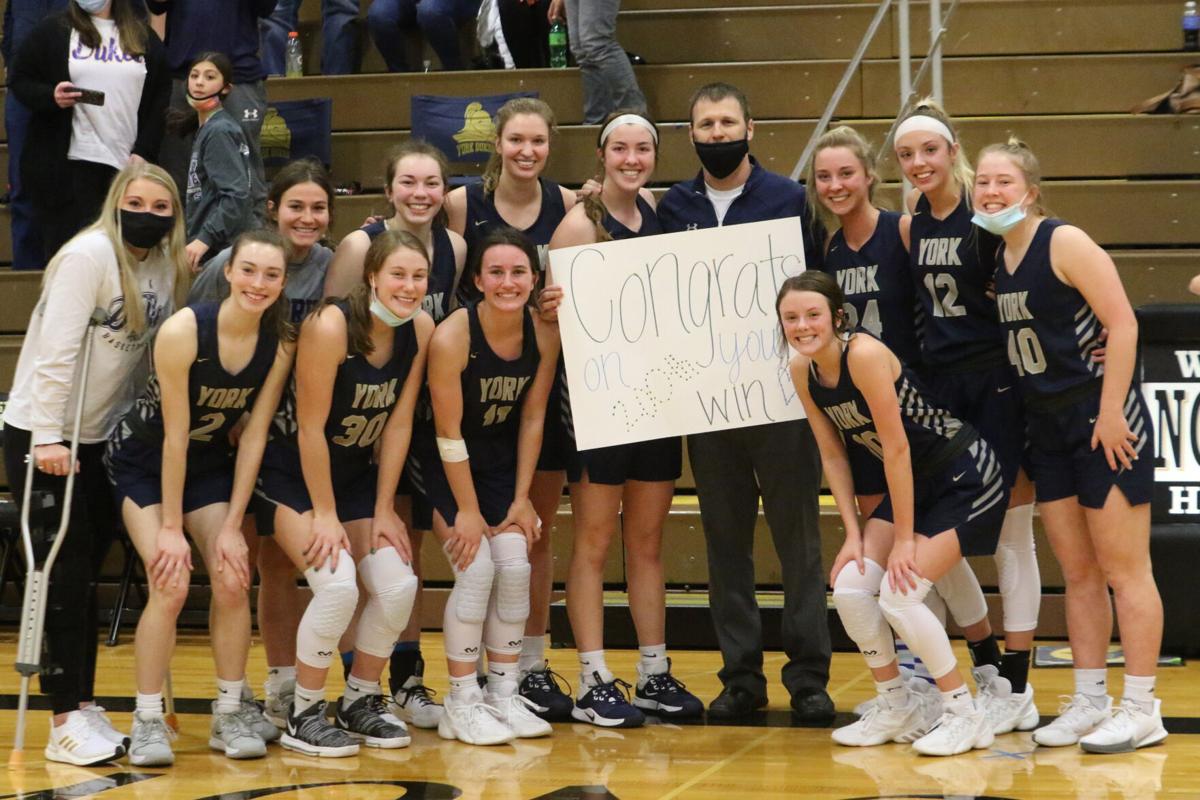 York head coach Matt Kern is presented a banner by the York girls basketball team after York’s 58-50 win that gave Kern his 200th coaching win. York improved to 12-0 on the year. 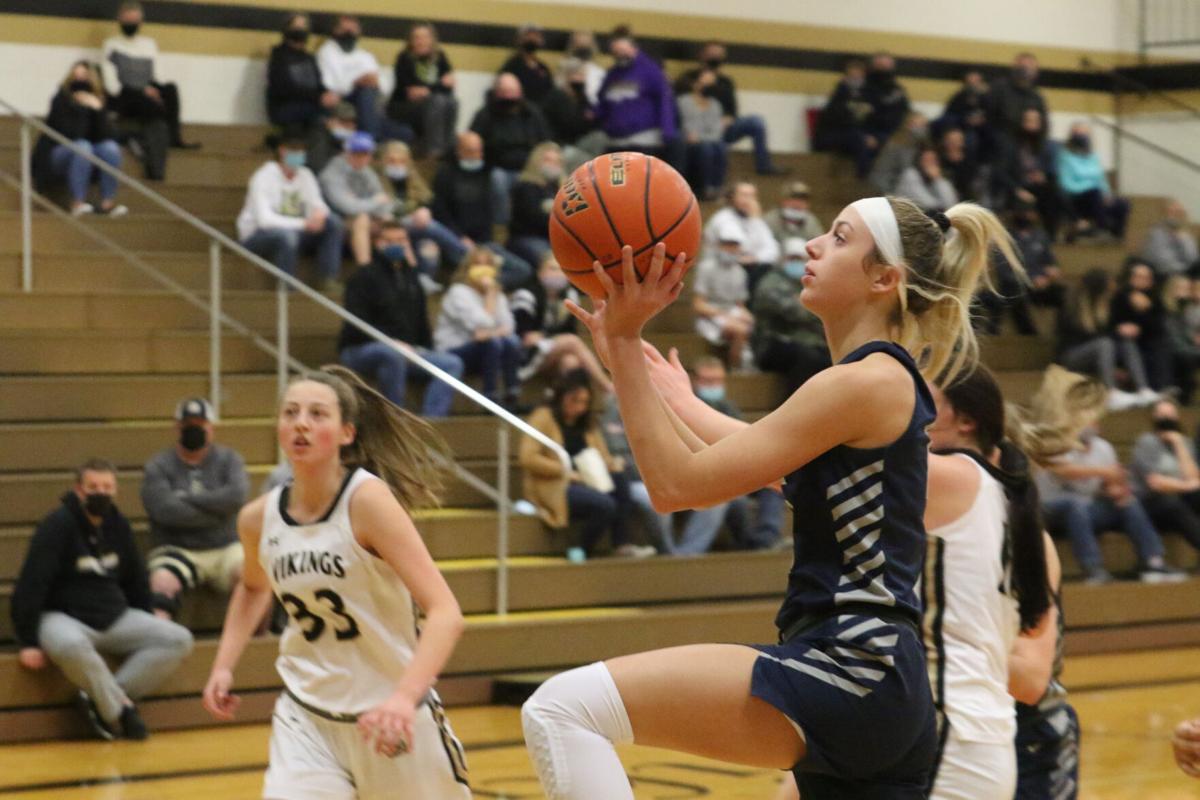 After scoring six points in the first half, York senior Maddie Portwine exploded for 16 and finished with a game-high 22 points in York’s 58-50 Saturday afternoon at Northwest High School. 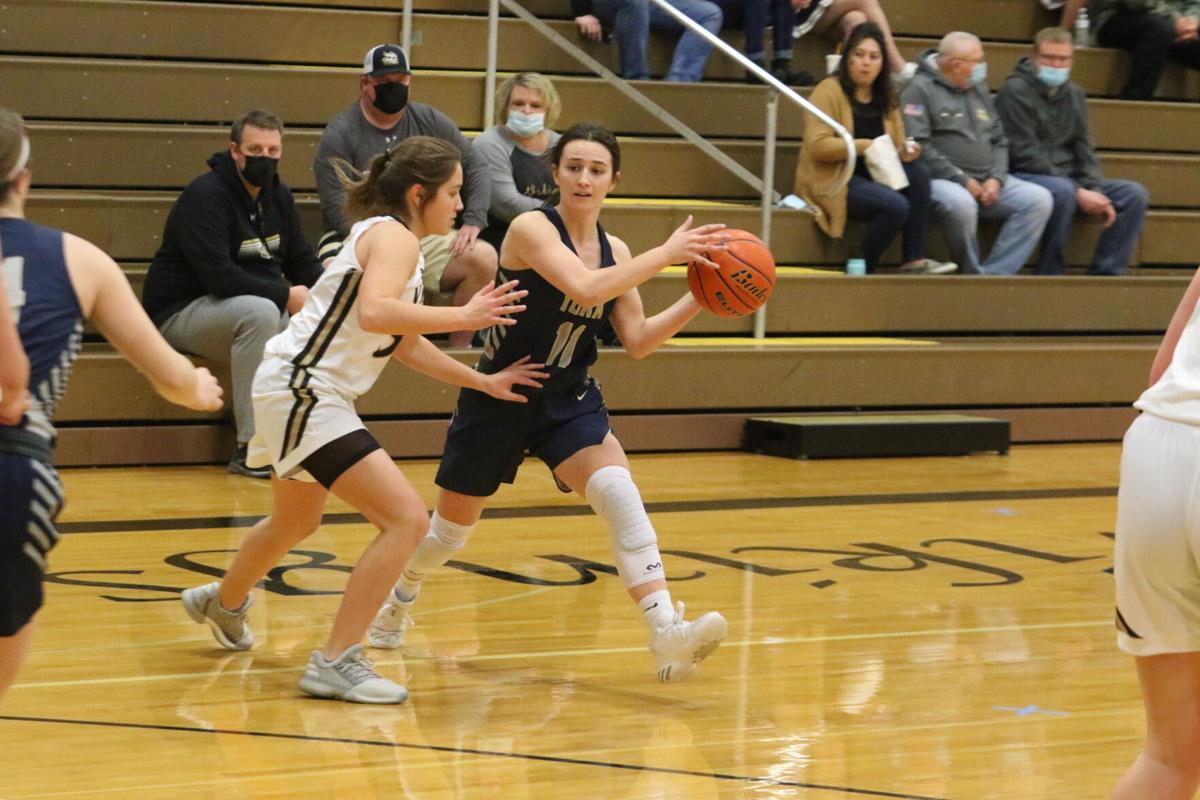