Instead of taking a narrow loss at Oklahoma in mid-September and turning it into fuel for a critical four-game Big Ten stretch, the Huskers instead lost three one-score games around a blowout win against Northwestern and have dropped four of their past five overall.

NU hasn’t won on the road, hasn’t won a close game and has just the one conference victory on its ledger so far. Down the stretch? Well, the Huskers will be at home more often (three of their final four are at Memorial Stadium), but at least a couple figure to be close and they’re all Big Ten opponents.

Nebraska is likely to be either an underdog or a very narrow favorite against Purdue next weekend, will be a sizable home underdog to Ohio State on Nov. 6 and then closes with a pair of division opponents in Wisconsin and Iowa that coach Scott Frost is 0-5 against so far in his tenure.

So, if Nebraska wants to make a seemingly improbable run to six wins, how does the program do it?

Reversing some of the following, troublesome statistics and trends would be a good start.

Strike when the iron is hot

So why does it feel like Nebraska misses so many scoring chances?

Related: NU’s come up with 11 touchdowns in 24 trips inside the opponent’s 35-yard line in its five losses and come away with zero points eight times. And it’s partly part because fresh wounds sting more. NU’s been stopped on fourth-and-short in the low red zone each of its past two losses (Minnesota and Michigan) and three of eight those empties overall were in the second half against the Gophers.

Scott Frost's Huskers have failed to summit Mt. Close. The key? 'Get an inch better'

The Blackshirts kicked off their just-completed four-game conference run with stingy work against the run, holding Michigan State and Northwestern to a combined 108 yards on 56 attempts (1.93 per carry).

The Wildcats aren’t a great rushing team, but the Spartans are, and Nebraska locked them up.

Over the past two weeks, though, Michigan and Minnesota combined for 386 yards on 85 attempts (4.5 per carry). The Wolverines finished slightly below average — they’re the best rushing team in the league so far — and the Gophers a touch above average. NU also allowed its only two 50-plus yard runs the past two weeks: A 50-yarder by Hassan Haskins of Michigan and a 56-yard  touchdown run by Minnesota's Bryce Williams, each on fourth-quarter scoring drives in one-score Husker losses.

If you parse Nebraska’s statistical production, you’ll find a lot of metrics that range from pretty good to the middle of the pack in the Big Ten. Not the next couple. They stick out for their unpleasantness.

That’s despite having one of the most athletic quarterbacks in the country (albeit one who’s dealt with injuries in recent weeks) and a veteran defensive front.

The defense has actually been better in conference play (2.4 sacks per game), but the offense has allowed 15 in five league games. That won’t cut it. Both sides need better production.

The other statistical sore thumb.

No team in the Big Ten has missed more than one extra point this year except for Nebraska, which has missed four. Combine that with a 6-for-12 effort on field goals, and the Huskers have to find a way to get the ball through the uprights, whether it’s senior Connor Culp or someone else. Either that or stop kicking it.

Here are a couple of trends that Nebraska must continue to excel in, as well:

Nebraska leads the Big Ten with 15 plays of 40-plus yards. It’s worth noting that the Huskers had two games more than Ohio State (second with 13) and Michigan (third with 12), but still, it’s been a strength for NU.

OK, so “excel” is a bit strong for this category, turnover margin. It’s worth pointing out, though, that the Huskers sit at plus-1 through eight games. They turned a rare feat against Minnesota by losing a one-score game despite having a 2-0 advantage in the turnover battle.

Nebraska’s been even once (2019) and positive once (2016) in turnover margin since joining the Big Ten. It’s been a consistent problem for more than a decade.

If the Huskers can grow their margin over the final four games, they’ll have a chance. If they slide back into negative range, the next month may feel long.

Life in the Red Podcast: Taking stock of the Huskers, talkin' transfer portal and what needs to improve on offense

The (first) bye week episode. On the heels of Scott Frost's recruiting comments, the guys rank NU's positional needs — and much more. 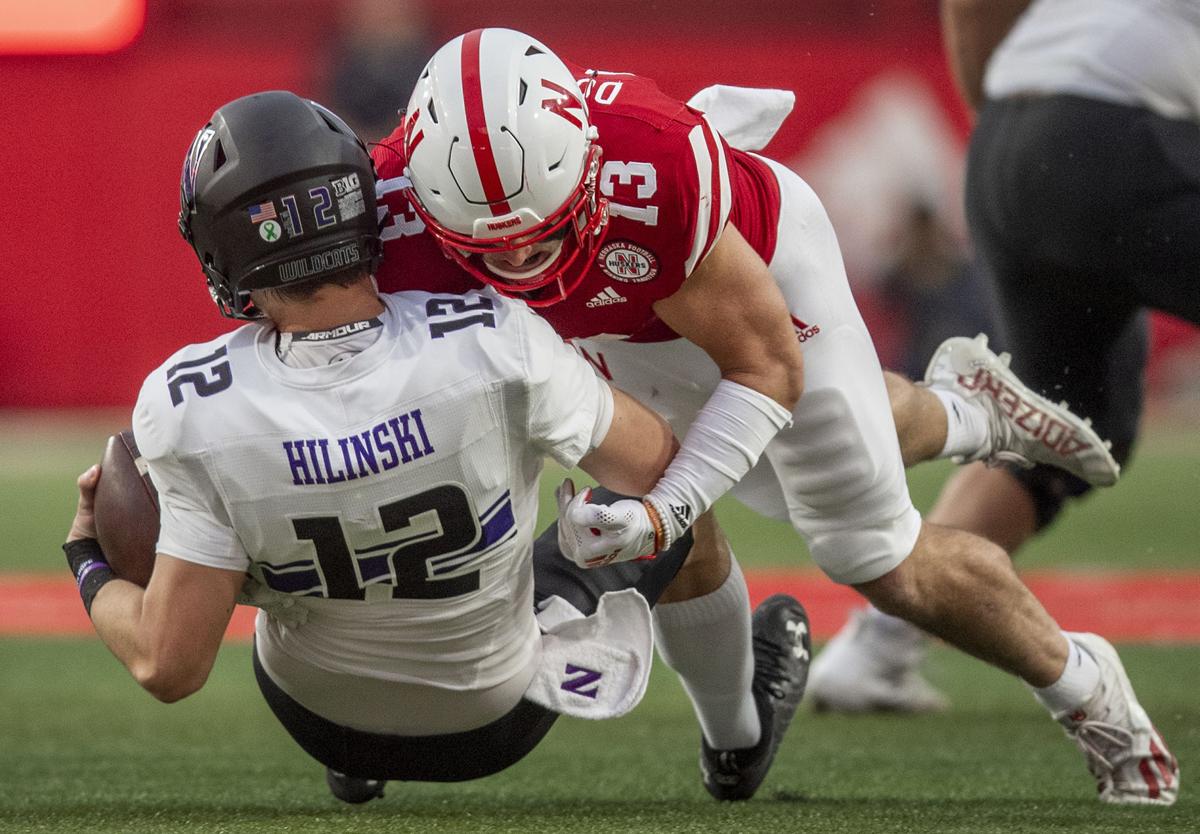 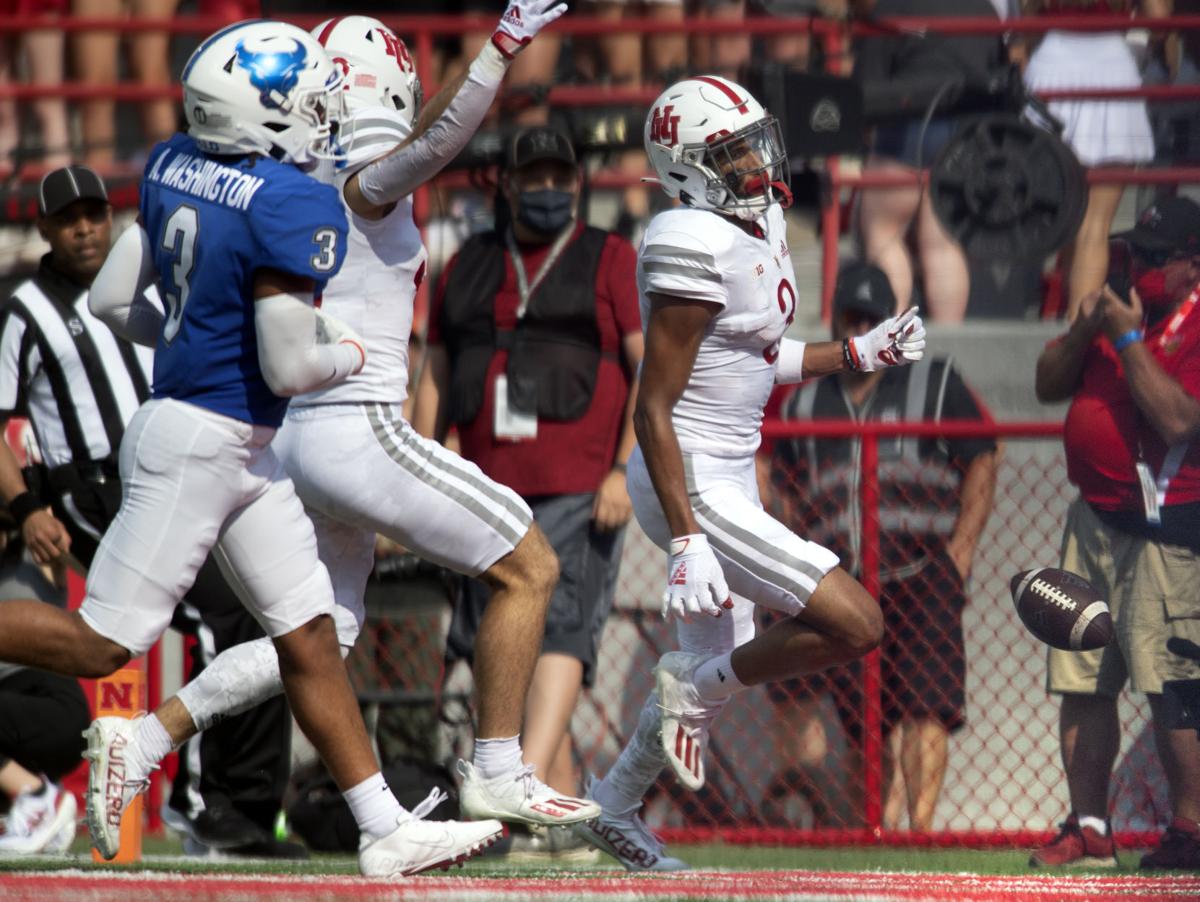