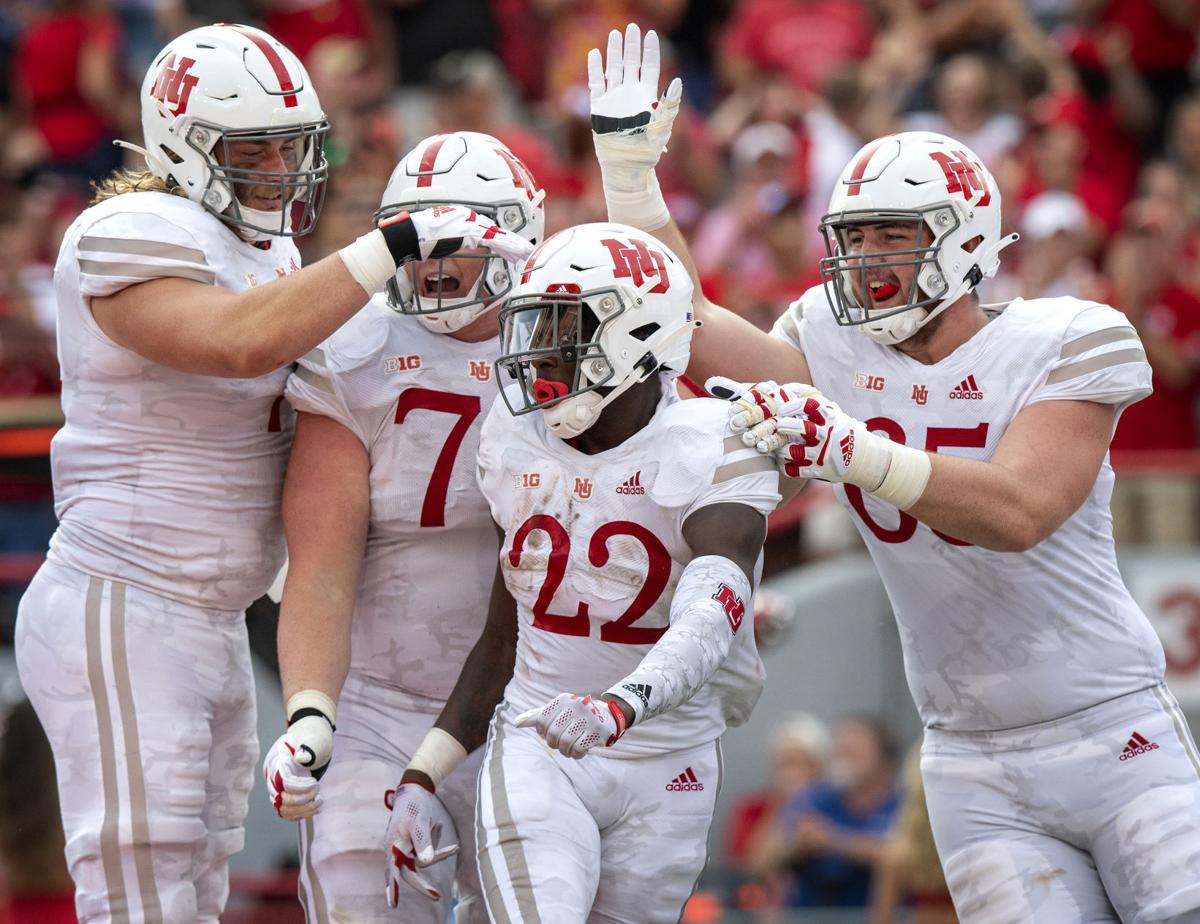 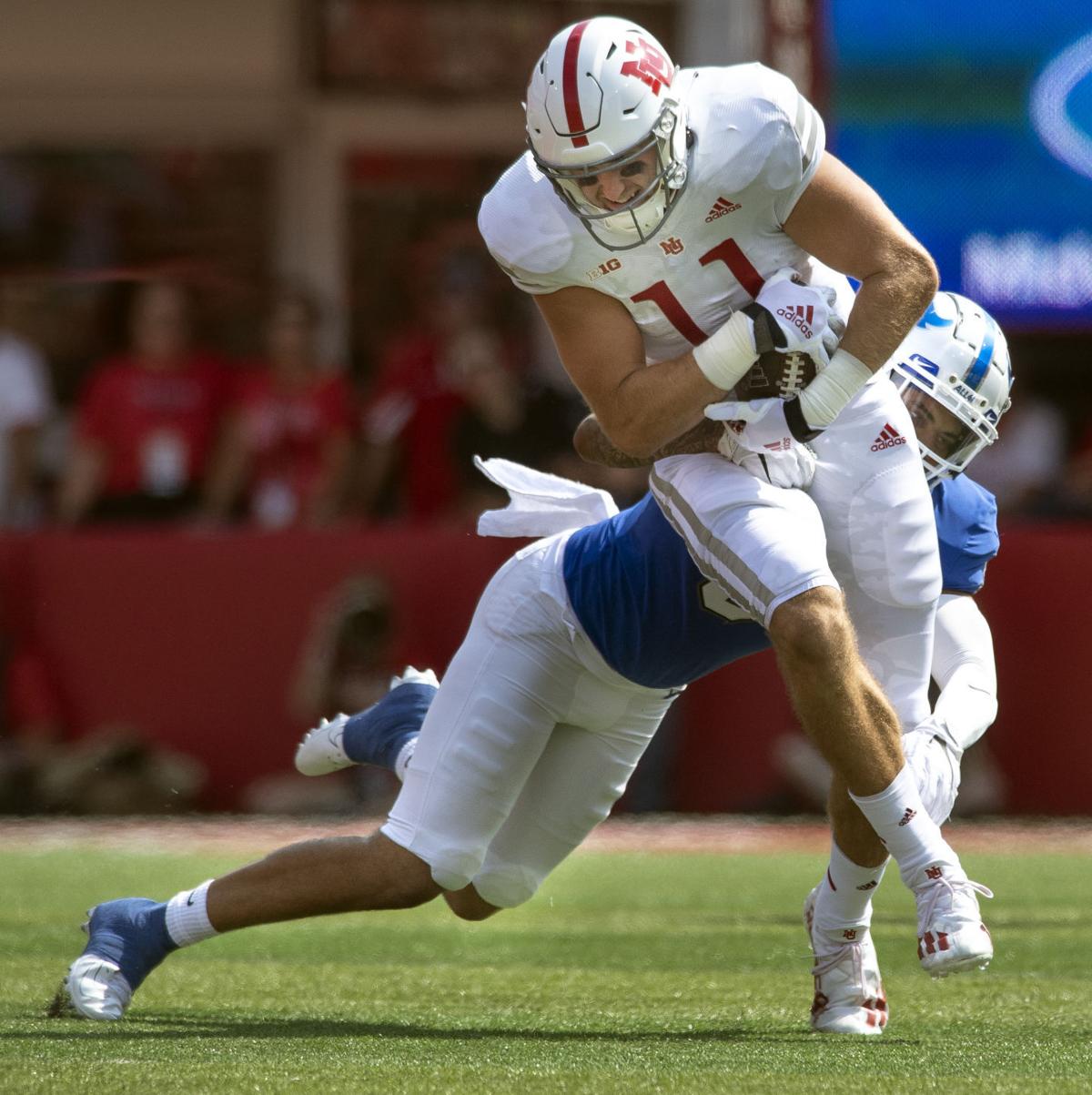 Coach Scott Frost is hoping the list of absences isn’t quite as long when his Huskers kick off against Oklahoma in Norman on Saturday.

“I thought the guys that came in did a really good job and played hard, but those are some of our most talented skill guys and we need them back,” Frost said Monday. “So, I know they’re working hard to get back on the field."

Four Downs: The 'line of the day' as Huskers talk Sooners, and three more notes

Vokolek (left foot/ankle) and defensive lineman Casey Rogers (left knee) worked out on the field before the game Saturday and both appear to be close to getting back on the field after missing each of the first three games. Frost said Martin’s injury, which appeared to also be a knee injury, wasn’t serious. Manning had a walking cast on his left foot during the game on Saturday.

Allen went down hard on his only catch of the afternoon and appeared to hit his head on the turf as he went down. Frost on Monday confirmed the 6-foot-9 tight end from Aurora was dealing with a head injury.

“He landed on his head a little bit on the turf and got a little dizzy,” Frost said. “Hopefully he recovers quick.”

Especially with the more veteran players, NU could go right up to game time before making a decision, though Frost said that isn’t ever ideal.

“I mean, you want to know on Monday (who is playing), but sometimes you don’t have that luxury,” he said. “We want guys to have practice if we’re going to play them. There’s some unique circumstances where you have veterans who have been there, done that and if you get them back at the end, that’s probably good enough. But guys need to train in order to perform well and we want them back as soon as possible.”

Asked if any of the players had been ruled out for the game against OU already, Frost simply said, “No.”

OU defense has talent, too: Lincoln Riley and Oklahoma’s high-flying offense garner most of the headlines when it comes to the Sooners, but defensive coordinator Alex Grinch is highly thought-of, too, and has helped OU defensively now in his third season in Norman.

“They’re tough to figure out,” Frost said. “He does a good job mixing things up and disguising things. You can’t always tell what coverage they’re in. Their line moves and stunts a lot. It kind of creates chaos on defense, is the best way I can say it. I’ve known Alex for a while. Good guy, good coach.”

Watch now: Samori Toure asks, 'What kind of team would we be?' if Huskers didn't believe they could beat OU

Toure on punt return: Senior wide receiver Samori Toure stepped into a new role on Saturday for Nebraska when he shared time as the Huskers’ punt returner with defensive back Cam Taylor-Britt.

Toure said he caught punts regularly during practice at Montana, but only returned one or two during games and hadn’t really done it regularly since his high school days in Portland, Oregon.

“It's something that just happened the last couple of weeks, I would say,” Toure said Monday. “Coach just wanted a bunch of guys getting reps catching the ball just in case. And I got my opportunities.”

He didn’t get a chance to return any, but he didn’t make any mistakes against Buffalo, either.

“I have experience catching the ball and that’s really what matters for us,” Toure said.

Taylor-Britt has been part of errors on the punt return unit each of the first three weeks of the season and NU’s original co-starter at the position, Martin, has missed the past two games with an injury.

No sacks, but disruption: Nebraska had no sacks against Buffalo and just one against Fordham, but combined to hold the two opponents to just 10 points.

“Sacks is definitely not the end-all, be-all stat,” he said. “There’s a lot more that goes into getting pressure on the quarterback, making him uncomfortable, making him make bad throws. We’d definitely like to get home more and get sacks, but I think we’re doing a good job as far as pressure-wise and rushing as a unit.”

Reach Clark Grell at 402-473-2639 or cgrell@journalstar.com. On Twitter at @LJSSportsGrell.

Watch now: Turner Corcoran not satisfied with his play this season

Watch now: Adrian Martinez on NU-OU: 'I'm from California and I knew about the rivalry'

Watch now: Luke Reimer discusses how he will prepare for Oklahoma