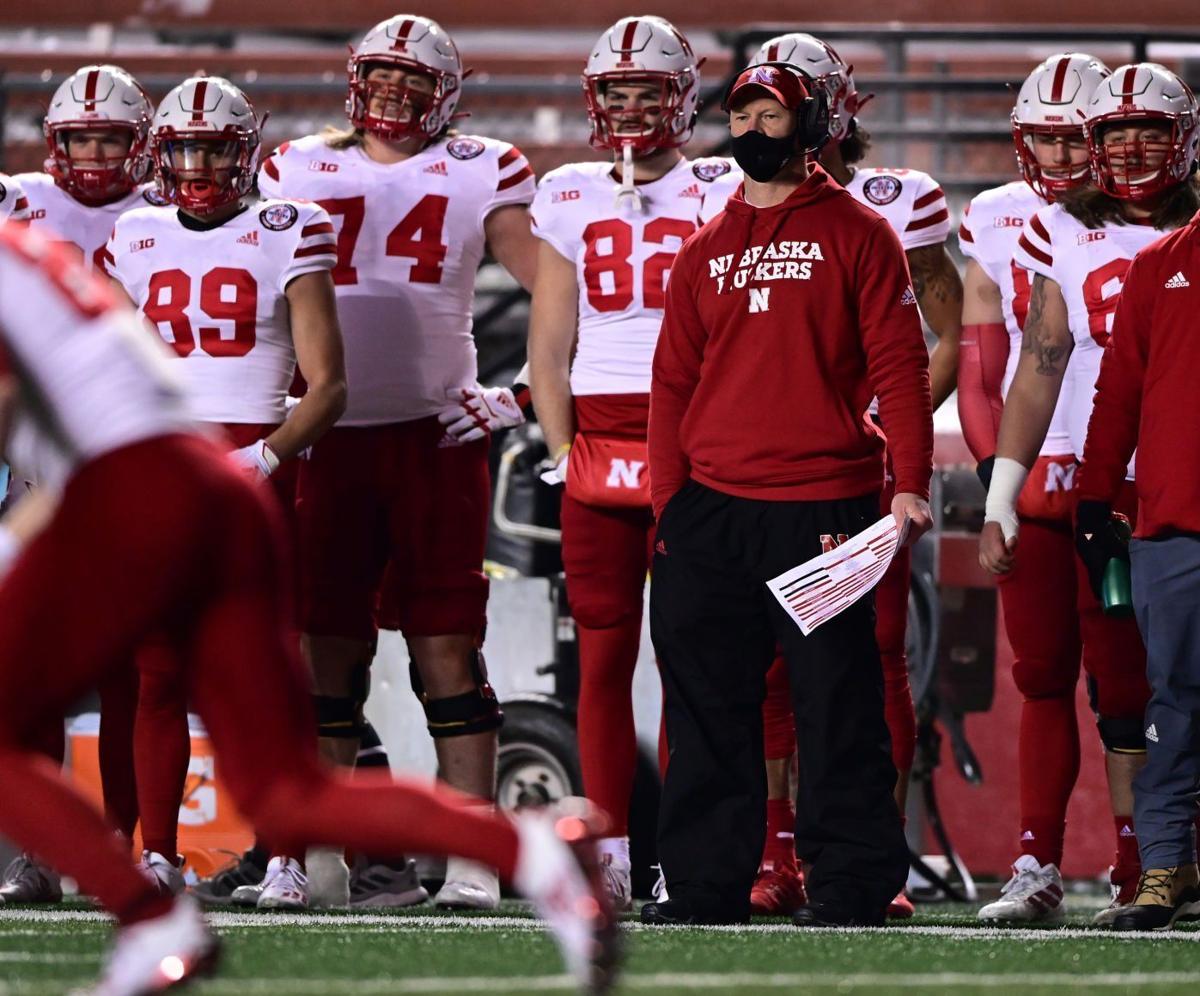 Nebraska coach Scott Frost and Husker players watch from the sidelines during the team's game against Rutgers on Dec. 18 in Piscataway, N.J. 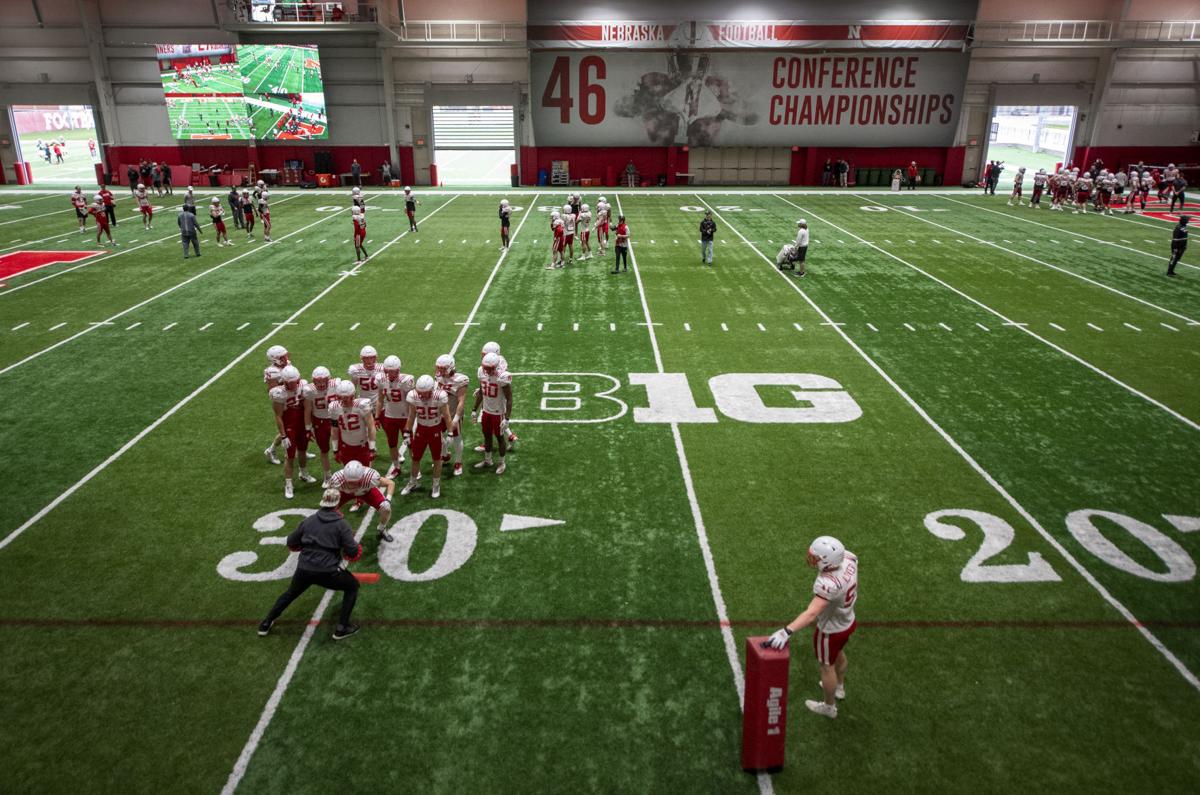 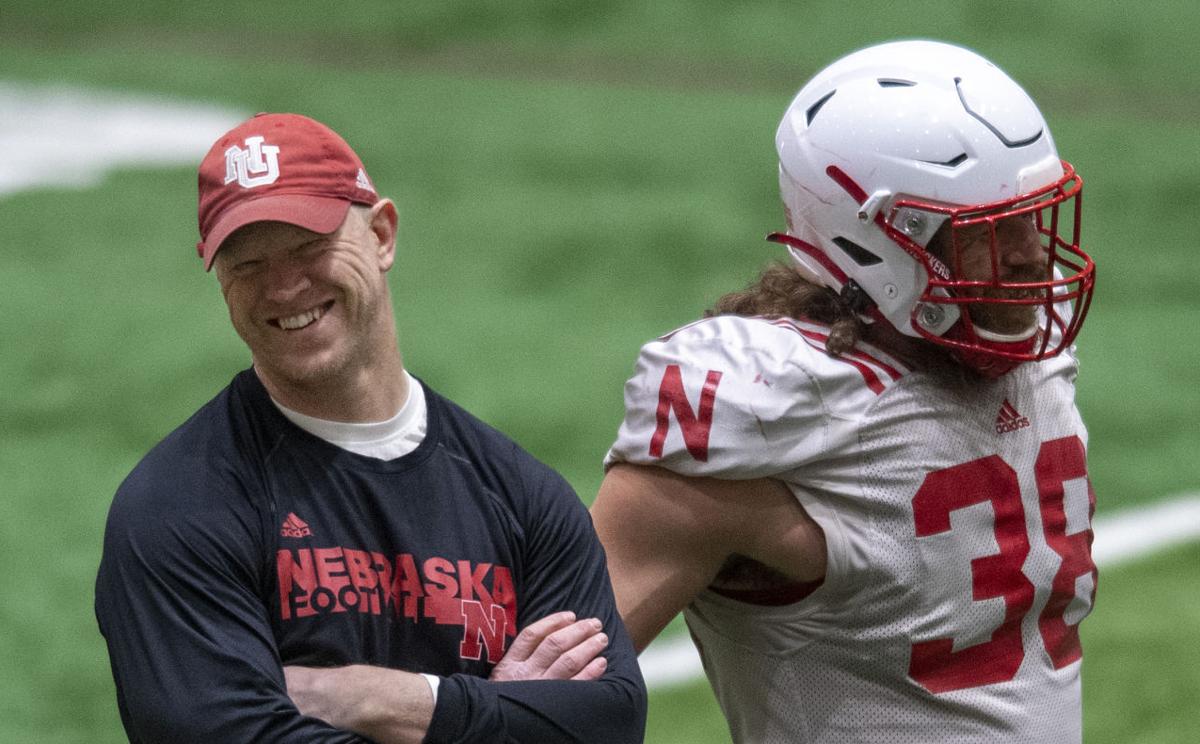 Here are some observations on who was present, who wasn't and what Journal Star reporters saw between 8:30 and 9 a.m. at Hawks Championship Center.

From limiting turnovers to self-motivation, Adrian Martinez is focused on an offseason of growth

* During the 30-minute window, the team was doing almost exclusively individual drills and a little bit of half-line work between offensive linemen and defensive linemen.

Interestingly, volunteers and former Husker greats Jason Peter and Jay Foreman were in attendance and down on the field for the early proceedings on the defensive half of the field. Coach Scott Frost said he was hoping to have the pair around to impart wisdom and knowledge and be a resource for his players, and they certainly looked like it on Wednesday morning.

* With senior outside linebacker JoJo Domann out, redshirt freshman Javin Wright at one point lined up with what looked like a starting back seven for an individual drill. Again, it's worth noting that it's one lineup combination on one day of spring ball. It looked like this: Wright with Nick Henrich and Luke Reimer inside and Garrett Nelson on the other side. In the secondary, cornerback Quinton Newsome was opposite Cam Taylor-Britt with Deontai Williams and Marquel Dismuke at safety.

* A couple of guard/tackle pairs during the offensive line's work: Matt Sichterman at guard and Bryce Benhart at tackle on the right side, followed by Brant Banks at guard and Ezra Miller at tackle. On the left side, Turner Corcoran — the freshman is one of the most physically impressive players on the field — at tackle and Ethan Piper at guard, followed by Jimmy Fritzche at tackle and Broc Bando at guard. Then freshman Teddy Prochazka at tackle and Nouredin Nouili at guard.

Offensive line coach Greg Austin talked last week about the importance of seeing a lot of players in a lot of different combinations and mentioned Banks, Miller and Nouili among the players who have taken snaps at multiple positions already this spring.

* One scene: Nebraska starting quarterback Adrian Martinez dropping a perfect deep ball on Zavier Betts to the post. The freshman ran past sophomore cornerback Nadab Joseph. Levi Falck did the same a couple of snaps later and hauled in an accurate deep ball from walk-on Matt Masker.

* Frost spent part of the individual drill period working with the wide receivers, running backs and tight ends on blocking form. He stopped several players for corrections and continually emphasized the basics that NU teaches about keeping your hands inside and hitting the block at full speed rather than breaking down and trying to react to a defender's movements.

* A couple of first impressions: Freshman running back Gabe Ervin, who's drawn praise this week, is as physically impressive as any of NU's backs, though it's a tough comparison to Stepp considering Stepp wasn't in uniform.

Freshman quarterback Heinrich Haarberg has a big arm. He threw a nice box fade up the right sideline in a one-on-one drill and a nice rhythm ball to Alante Brown, too.

Freshman Logan Smothers threw accurately underneath but undershot a couple of long balls — another he put in a good spot for De'Mariyon Houston, but coverage was good, too — in the limited one-on-one time reporters were around to see.

Freshman defensive lineman Ru'Quan Buckley is a big kid. So, too, are young outside linebackers Blaise Gunnerson and Jimari Butler.

There was some minor shuffling (see: Dublin) and some rumors (see: Oklahoma), but here's the 2021 Husker football schedule, as it currently stands.

Steven M. Sipple and Parker Gabriel talk through what they found most interesting and informative about the first week of Nebraska spring foot…

Documents: Firefighters could be fired for Bryant photos

Nebraska coach Scott Frost and Husker players watch from the sidelines during the team's game against Rutgers on Dec. 18 in Piscataway, N.J.