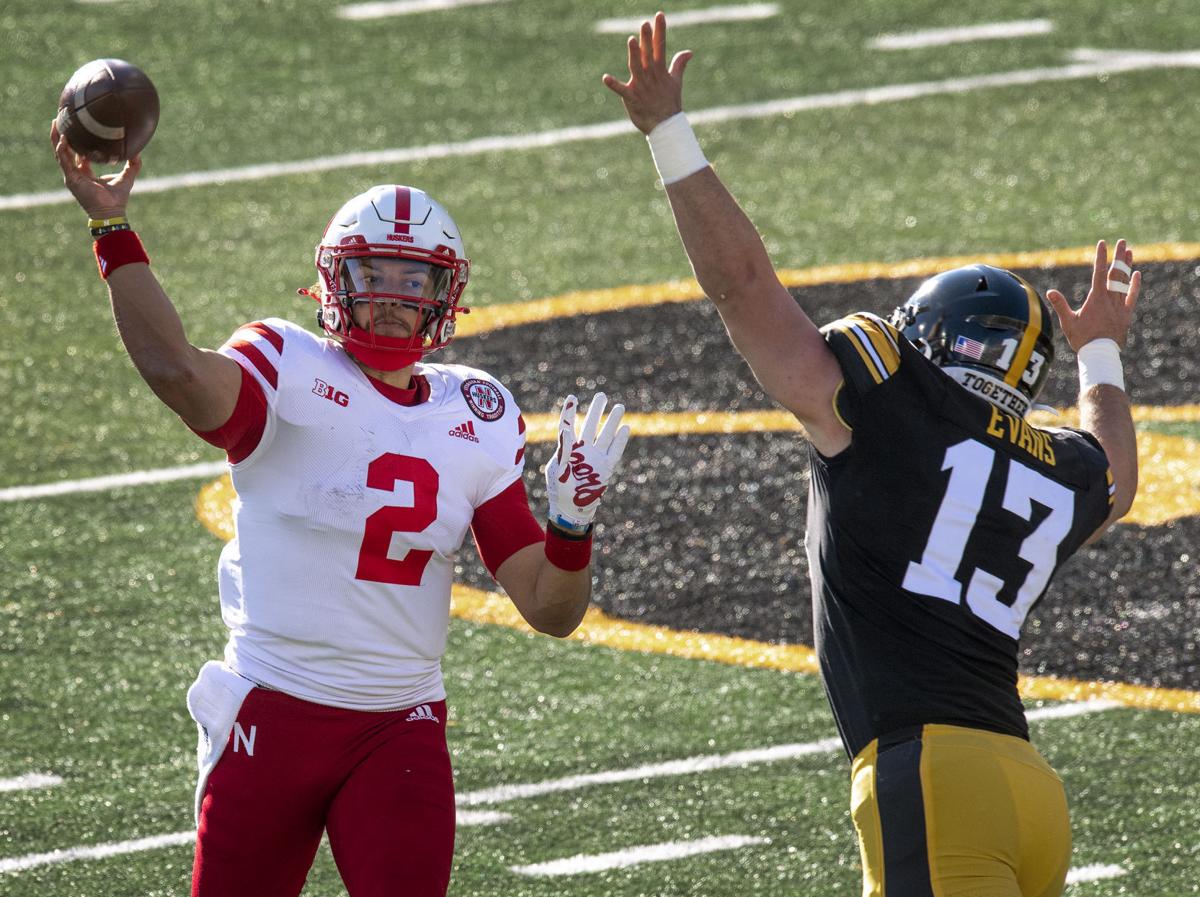 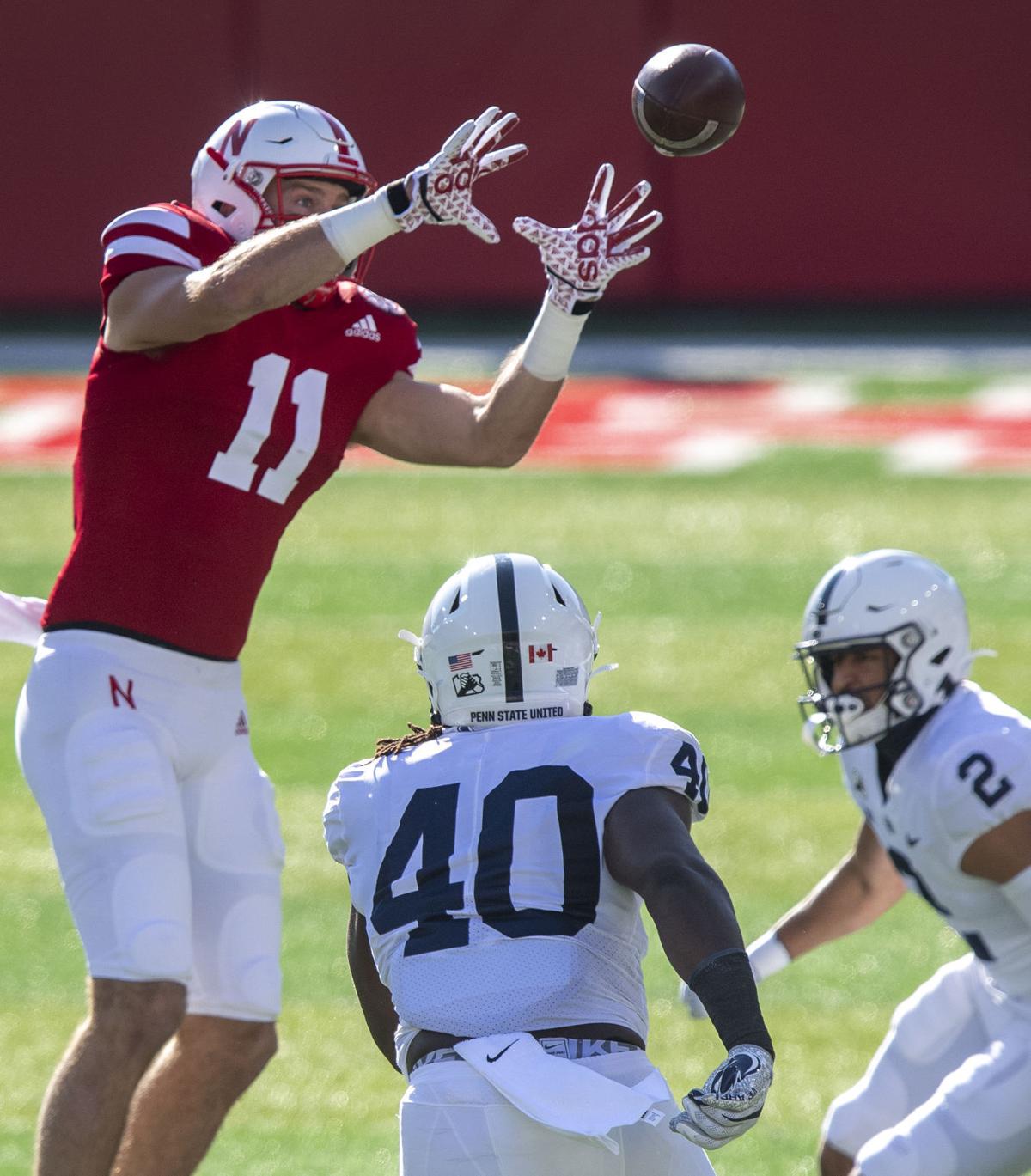 Over the past week, the Journal Star has looked at each of Nebraska football’s offensive positions, the returning scholarship players and notable walk-ons, and what the to-do list looks like when spring ball begins March 30.

Using that information as a starting point, it’s time to sketch out a projected depth chart.

Remember, the Huskers did not circulate a printed depth two-deep at any point during the 2020 season and furthermore, far more than a couple of players are going to contribute in substantial ways over the course of a full 2021 schedule.

This, then, is really just a starting point for the offseason and perhaps a reference to revisit come August to see who’s moved up and down, and what surprises are in store over the coming five months.

It is not beyond the realm of possibility that Smothers pushes Martinez and it’s also possible that freshman Heinrich Haarberg or one of NU’s experienced walk-ons (Matt Masker and Brayden Miller) push Smothers for the backup job, but going into spring ball Martinez has a firm grip on the job.

Smothers didn’t get much of a chance to see time with the top groups last year due to the pandemic and then his station on the scout team once the season arrived. Priority for reps had to go to Martinez and since-transferred Luke McCaffrey. That’s no longer the case. He’ll get a ton of work in April. It’s up to him to capitalize.

NU head coach Scott Frost and Ryan Held almost certainly will not anoint Stepp, the USC transfer, as the starter this spring. His three years of experience at the Power Five level and combination of size and speed, however, make him the early favorite.

There is much to be determined, however. First of all, every team needs multiple backs over the course of a season. Last year, it was Ronald Thompkins who entered Week 1 as the No. 2 back behind Dedrick Mills. Scott surged ahead as the year progressed, but didn’t do enough to make himself a surefire bet. Johnson has the most experience at Nebraska now as he enters his third season in the program.

Thompkins, newcomer Gabe Ervin and freshman Sevion Morrison, the only young back not to appear in a game in 2020 due to injuries and COVID-19, could all make pushes in the coming weeks.

This group could go any number of ways. Toure, the former FCS first-team All-American, was brought in to be a No. 1-type receiver.

Betts and Manning will have every opportunity to play into starting roles given their immense physical traits. For Betts, it’s about gaining experience and a more complete handle on the playbook. For Manning, it’s about being healthy and committed. If those two make strides, they will be prominent factors.

It is hard to discount the way Falck and Martin worked their way up the depth chart as first-year players in the program in 2020. They played extensively, as did walk-on Wyatt Liewer. That doesn’t mean they are guaranteed to again in what NU hopes is a deeper group, but they will have every opportunity to secure spots in Matt Lubick’s rotation.

Brown and Nixon are the lead candidates to fill Wan’Dale Robinson’s spot in the slot, though NU shouldn’t be afraid of mixing and matching bigger options in that position as skill sets allow.

Another position where functional depth could well extend beyond the three players mentioned. Chris Hickman had a limited role in the offense in 2020 and junior Kurt Rafdal has the spring to try to make a move.

Allen and Vokolek mean NU returns two-thirds of its primary rotation from a year ago. The most intriguing player is Fidone because of his status as a prized incoming recruit but also because of his blend of skills. At 6-foot-5 and 225 pounds, is he primarily a receiver? Will he play in-line right away? One way or another, the bet here is that the Huskers won’t wait long to find a way to get him on the field in some capacity.

For a group that returns four of five starters from the final game of the 2020 season, there are a lot of moving pieces here. Greg Austin’s group has several players who have seen the field and very few sure-fire, locked-in starters at particular positions.

The maxim for Austin is always to get the best five players on the field.

If Banks, a rising player in the program, is one of the five best, how does he slot in? He has worked at both tackle spots in practice and has the build at 6-foot-6 and 300 pounds of a player who could man an edge. For the sake of this exercise, he slid inside and the two players who have actually started games at tackle (Corcoran and Benhart) remain at tackle.

Putting these names to paper also illustrates how much different NU’s two-deep will look without Brenden Jaimes, Matt Farniok and Boe Wilson. Can Hixson or Bando grab a starting job or serve as a valuable, versatile sixth man? Can any of the other young linemen — whether it’s physically imposing true freshman Henry Lutovsky or reserves like Michael Lynn and Jimmy Fritzche — make a run at the two-deep?

Anybody in that group could be the primary backup at multiple positions, too. Last year, Farniok started at right guard but moved to center when Jurgens’ snapping troubles persisted. He was, essentially, the starter at one spot and the backup at another. Banks, Hixson or somebody else could find himself in the same situation this fall.

The spring should bring some clarity, if not the Sharpie, when it comes to Austin’s pecking order. But there’s a whole lot of competition to be had.

Photos: Our favorite staff images from the 2020 Nebraska football season

Practice Observations: News and notes from an open portion of preseason Husker camp practice No. 5

From injury updates to sizing up some of the newcomers, here's what we saw at practice No. 5 for Nebraska.

Erik Chinander says it feels like the "groundwork" is already laid this fall, which is what the staff has been building towards since 2017.

Chinander praises newcomers, but playing time may be hard to come by for young NU defenders

While a bunch of third-year redshirt freshmen will have big roles, the actual newcomers have a steep climb to try to find their way onto the field.

The hardcore grind of August hasn't arrived yet. But the Huskers have some veteran defenders to help supply energy if needed. Find out who.

USC transfer RB Markese Stepp ahead of schedule in recovery, 'ready to roll,' per OC Lubick

Transfer running back Markese Stepp would be "ready to roll" if Nebraska was about to play a game, according to OC Matt Lubick.

Nebraska plays Illinois in less than one month. Let that sink in. As such, here's a six-pack of storylines to monitor this fall.