Nebraska’s offensive brain trust may decide that it wants to add another scholarship quarterback to its 2021 roster or it may not, but the decision isn’t likely to be made anytime soon.

Coach Scott Frost said as much Thursday during a post-National Signing Day news conference, reiterating comments over the past couple of weeks that NU will most likely wait until after spring ball to make any decisions — quarterback-related or otherwise — about how to use two available scholarships on the transfer market.

“We thought about maybe doing something before this semester started and try to address the issue, but I didn’t want to make any quick moves that might be mistakes,” Frost said. “I imagine there will be more kids in the portal after the junior college season and (FCS) season, and even more movement after spring ball.”

At quarterback, the conversation is not so much about the starting line. Adrian Martinez is entrenched, having started 27 games over the past three seasons, and Frost recently complimented the way he played after returning to the starting lineup for the Huskers’ final three games of the 2020 campaign.

Martinez completed 74.1% of his passes for 604 yards and three touchdowns, and ran for 298 yards (5.8 per carry) plus five more touchdowns in that span, though he also turned it over five times.

Behind him, NU has just two other scholarship players in freshmen Logan Smothers and Heinrich Haarberg, neither of whom has taken a snap in a college game. Since this time a year ago, the Huskers have added Haarberg but seen two players with some level of Division I experience — Noah Vedral and Luke McCaffrey — leave the program.

At this point in the academic calendar, any incoming transfer — quarterback or otherwise — wouldn’t be joining the program until May at the earliest, regardless of whether he committed today or at the end of NU’s spring ball.

That gives Nebraska a chance to evaluate all of its options over the course of spring ball, which is scheduled to run from late March up until the Red-White Spring Game on May 1. Frost said he and quarterbacks coach Mario Verduzco "really want to see what we have in the room" behind Martinez, and said he’s been impressed with Smothers and Haarberg so far.

“Logan is as good an athlete as all those other guys in the quarterback room," Frost said. "I think what I’ve really been impressed with so far is just his savvy and his ability to process information quick and make good decisions. He’s been really accurate. Mario’s been working with him on throwing motion to make that a little more consistent and efficient and powerful. I’ve seen Mario do wonderful things with guys from that standpoint.

“I’ve got higher hopes than I did when we recruited Logan. He’s going to get his share of reps this spring, so I’m anxious to see where he is.”

The unique element of Nebraska’s current situation is that any quarterback on the transfer market who is considering coming to Lincoln over the summer will have some understanding about the chances of beating out Martinez, essentially a three-year starter, within two months of arriving on campus. At the same time, the Huskers don’t do themselves any good using one of two remaining spots on a player who would essentially just be an additional body in the room.

Frost, though, had no interest in getting into those hypotheticals this week.

What the Huskers are thinking about right now are the three scholarship guys in the room plus walk-ons Matt Masker and Brayden Miller. Their progress this winter and through spring ball is among the most interesting storylines in the program and Frost certainly isn’t the only one anxious to see how it unfolds over the next three months.

Photos: Our favorite staff images from the 2020 Nebraska football season

Erik Chinander says it feels like the "groundwork" is already laid this fall, which is what the staff has been building towards since 2017.

A loaded notebook for your fall camp eve perusal. We start with Frost on vaccine rates and move to an interesting position battle.

The hardcore grind of August hasn't arrived yet. But the Huskers have some veteran defenders to help supply energy if needed. Find out who.

Nebraska plays Illinois in less than one month. Let that sink in. As such, here's a six-pack of storylines to monitor this fall.

Fan Day is Thursday at Memorial Stadium. Here are some final reminders before you head there

The Nebraska Athletic Department has provided an updated list of recommendations in the wake of the COVID-19 risk dial moving to yellow.

Chinander praises newcomers, but playing time may be hard to come by for young NU defenders

While a bunch of third-year redshirt freshmen will have big roles, the actual newcomers have a steep climb to try to find their way onto the field. 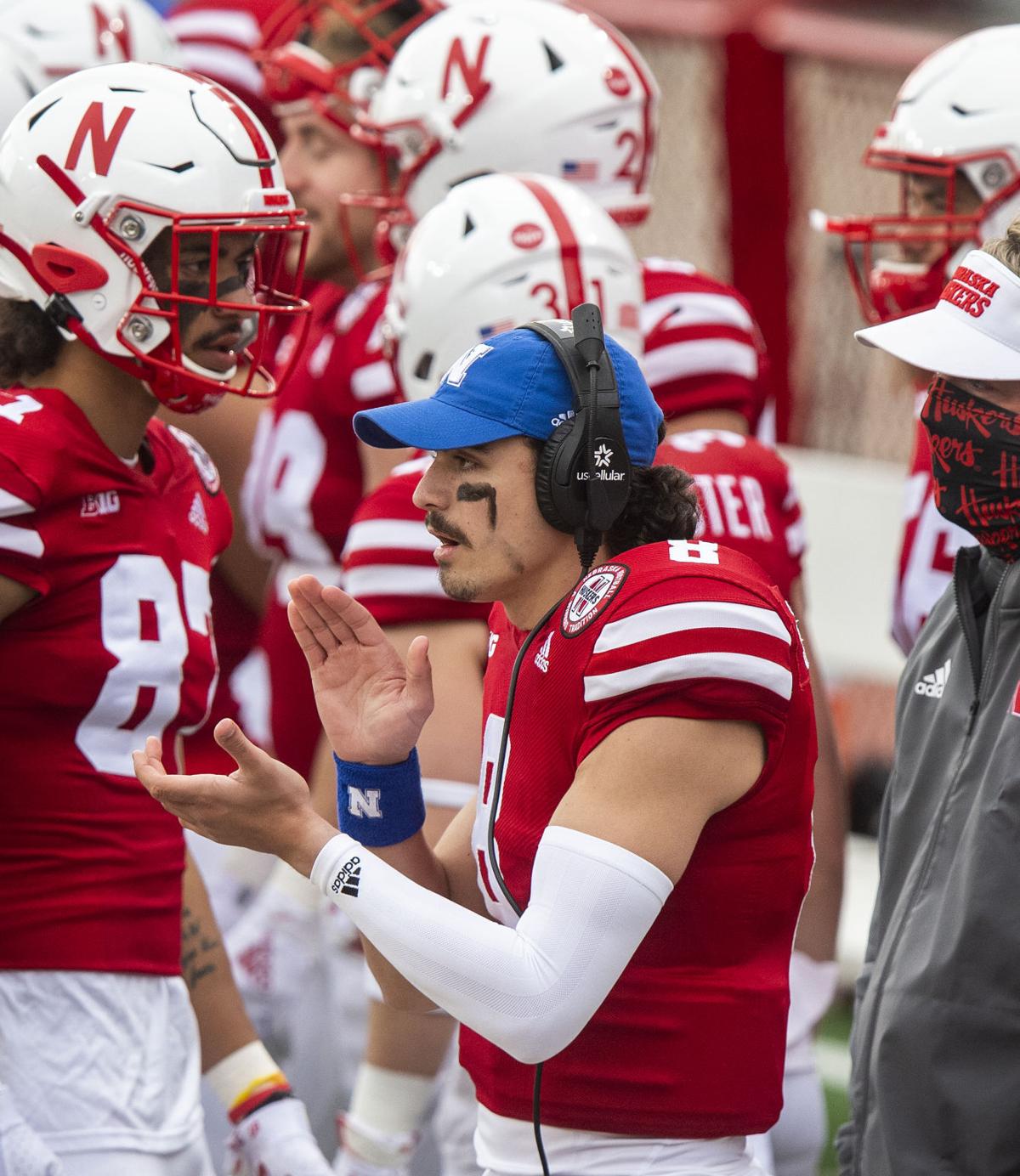 Nebraska quarterback Logan Smothers (8) cheers on his team from the sideline during the Penn State game in November at Memorial Stadium. 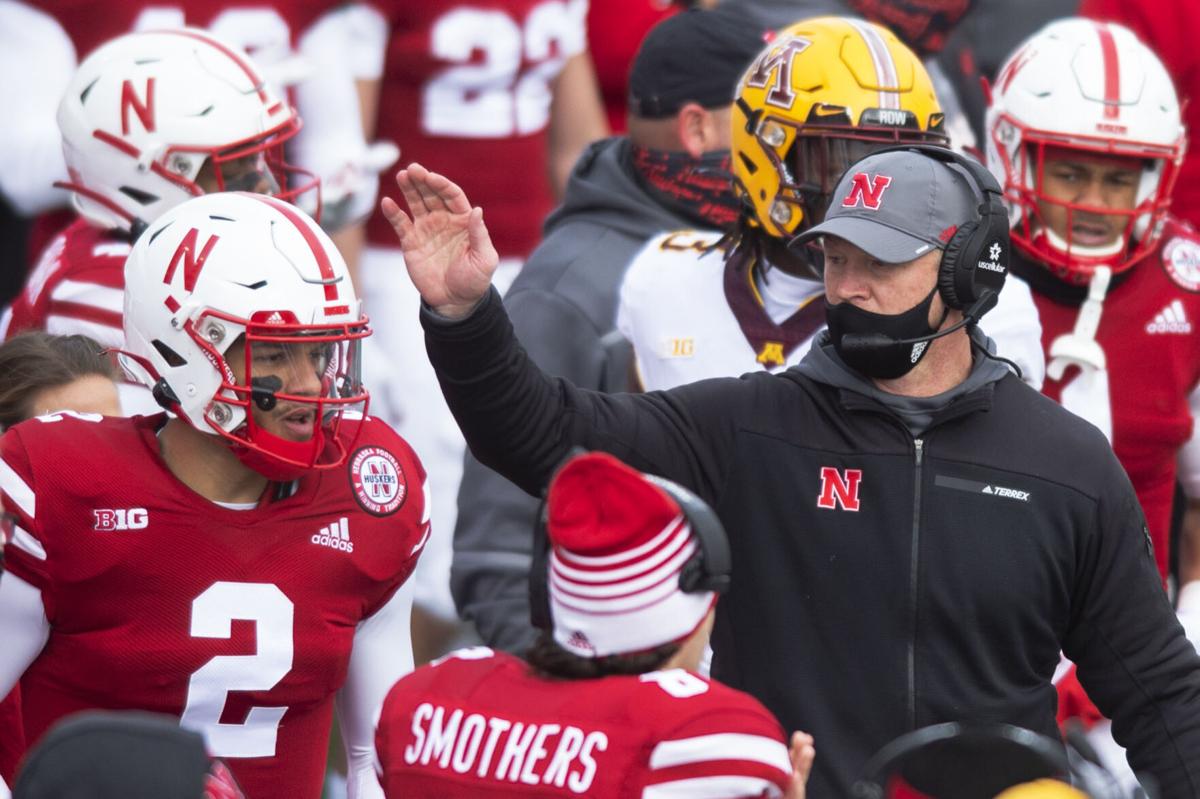 Nebraska coach Scott Frost sends quarterback Adrian Martinez back into the game against Minnesota in the second quarter Dec. 12 at Memorial Stadium.