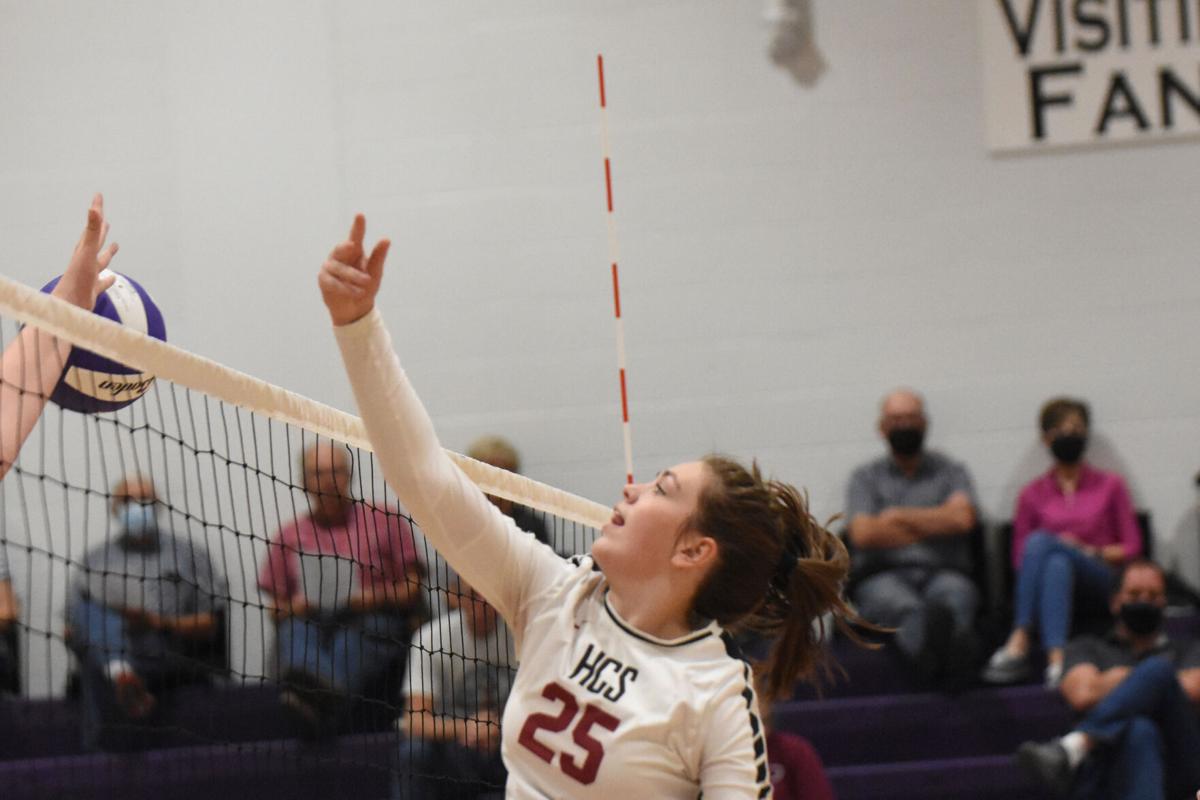 Heartland junior Cynthia Cerveny rolls the ball back to host Hampton in Tuesday night volleyball. The Huskies were game, but Hampton’s Hawks won the night. 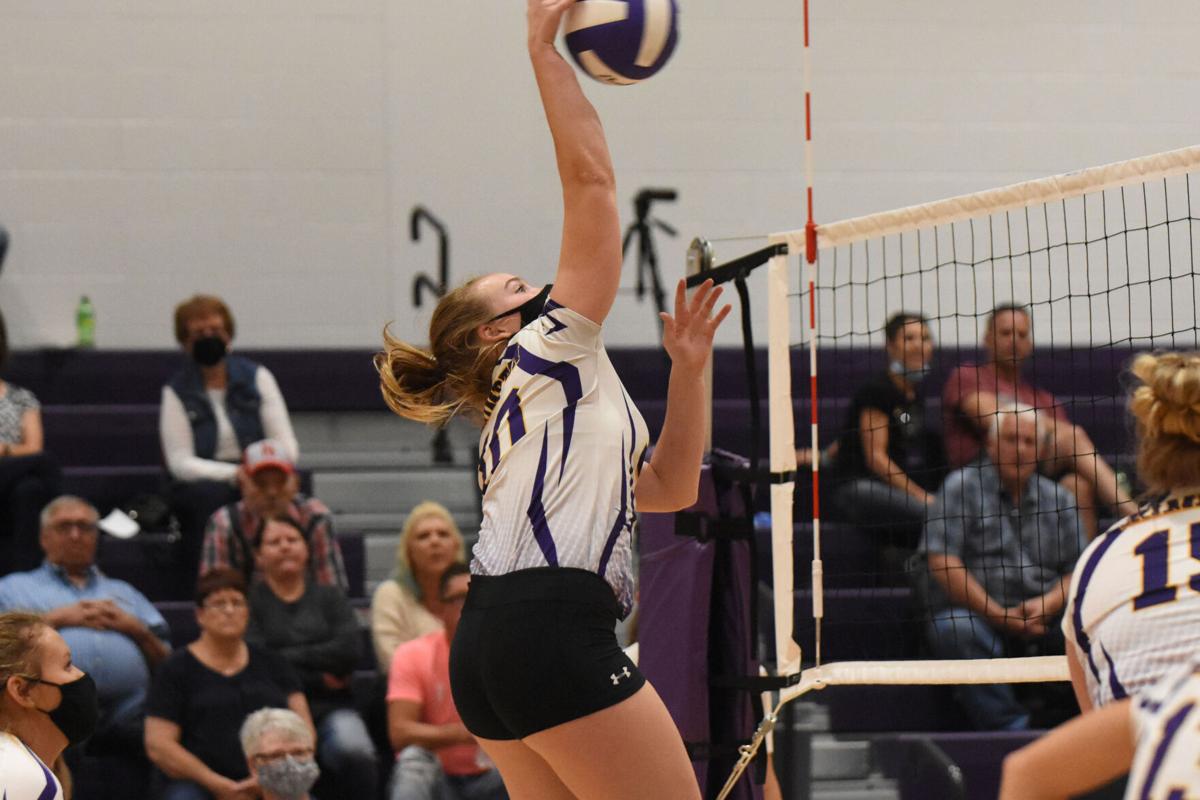 Hampton’s Kylie Mersch, a 5-6 sophomore, crushes the kill that was the Hawks’ 20th point against 13 for Heartland in the second set Tuesday. Hampton swept the Huskies 3-0.

The Huskies acquitted themselves much better in the second and third sets, but the error bug seemed to favor their side of the net on this night.

Hawk senior MaKenna Clinch made the Huskies pay for an overpass and the point made it 10-1 in the first. With the count in Hampton’s favor 23-10 the Huskies hit wide, their third error in four side-outs, and Zaya Stuart ended it for Hampton with a kill that glanced off several Heartland hands before falling.

Set two saw the Huskies right their ship to stay within three to four points until a tandem block by Emma Hansen and Lillian Dose put Hampton up 14-9. A tip kill from Dose made the home team’s lead five.

The Hawks reached 20 at 20-13 on a kill from Kylie Mersch and, as unforced errors continued to vex the Huskies, it went to 23-15 when a touch was called on a kill by Stuart. Clinch brought the curtain down on set two with a tip kill for point 25.

Cassidy Siebert hammered a kill for Heartland’s 17th point, but by that time the Hawks were in the comfort zone at 23, just two shy of match point.

A bad serve followed for the Huskies and, with Hampton at 24, Siebert drilled another thundering kill to make it 24-19. The match ended when 6-5 Hawk senior Emma Hansen slapped down a Heartland overpass above the net.

The win improved Hampton to 9-6 on the young season.

Mersch led the kills column with eight to Stuart’s six and five for Hansen. Give four more to Clinch and three to Dose. Lexie Wolinsky served four aces to a pair from Mersch. Wolinsky was credited with 25 set assists. Rorie Loveland led the defense with 22 digs and Hansen had four ace blocks.

The Hawks return to their home court Saturday to host invitational volleyball action. Hampton’s first match is at 10 a.m.

Heartland junior Cynthia Cerveny rolls the ball back to host Hampton in Tuesday night volleyball. The Huskies were game, but Hampton’s Hawks won the night.

Hampton’s Kylie Mersch, a 5-6 sophomore, crushes the kill that was the Hawks’ 20th point against 13 for Heartland in the second set Tuesday. Hampton swept the Huskies 3-0.