Hospitals in crisis as US nears high for coronavirus cases; one vaccine resumes testing

Led by another strong performance by senior Riley Stuhr, the Dukes shot a 378 and went home with a fifth-place finish at the 11-team Pius X Invite. Stuhr shot a 90 – a 43 in the front, 47 in the back – which gave her a ninth-place finish individually. Another Duke that found her name in the top 20 was senior Abby York, who carded a 93 (44, 49) for 15th.

York head coach Josh Miller said that although the conditions were ideal, he had hoped to see the team take more advantage than it did.

“We accomplished our goal of shooting under 400 but our putting stats were less than stellar,” Miller said. “Some of that can be blamed on the slopes and size of the greens at Holmes, but we have to get better at finishing the hole. The girls didn’t strike the ball too bad, but our shots from 50-yards and in were not up to our standards.”

“It was a good sign that four of the five golfers were under 100, but we feel like we should have a couple scores in the 80s as well,” Miller said. “Piper and Rylie gave us a great boost with their rounds in the 90s, and their confidence is definitely helping our team.”

Lincoln Christian was the invite champ with a score of 370, which just edged runner-up Duschesne Academy and third-place Beatrice by two strokes, 372. Lincoln Lutheran came in fourth with a 374, four strokes ahead of York.

Olivia Lovegrove of Lincoln Christian was the individual champ with an 83. Second place went to Lincoln Lutheran’s Rachel Volin (85) while third was Gross Catholic’s Alexis Nothelfer (88).

York will hit the links again on Monday when it travels to Aurora for a triangular with the host Huskies and Columbus at Poco Creek. 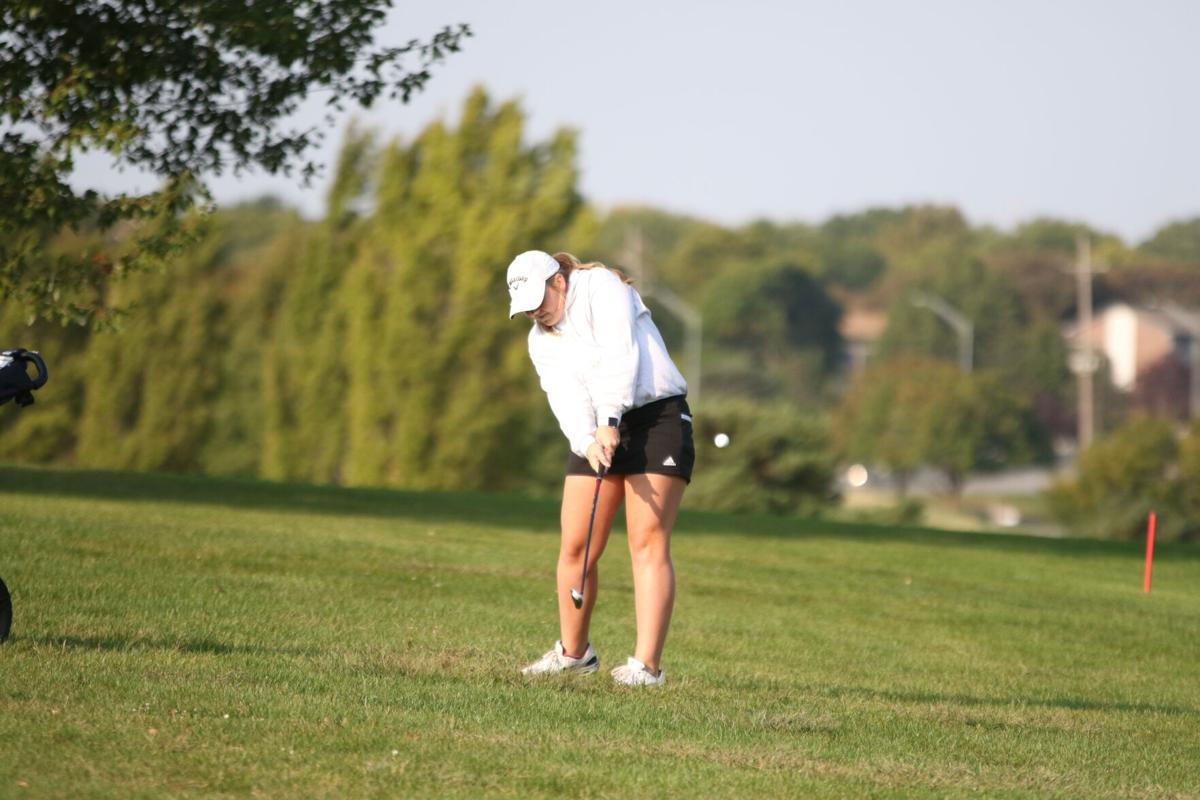 Dukes’ senior Abby York shot a 93 at the Pius X Invite at Holmes Golf Course in Lincoln on Thursday morning. York finished fifth at the invite with a score of 378. 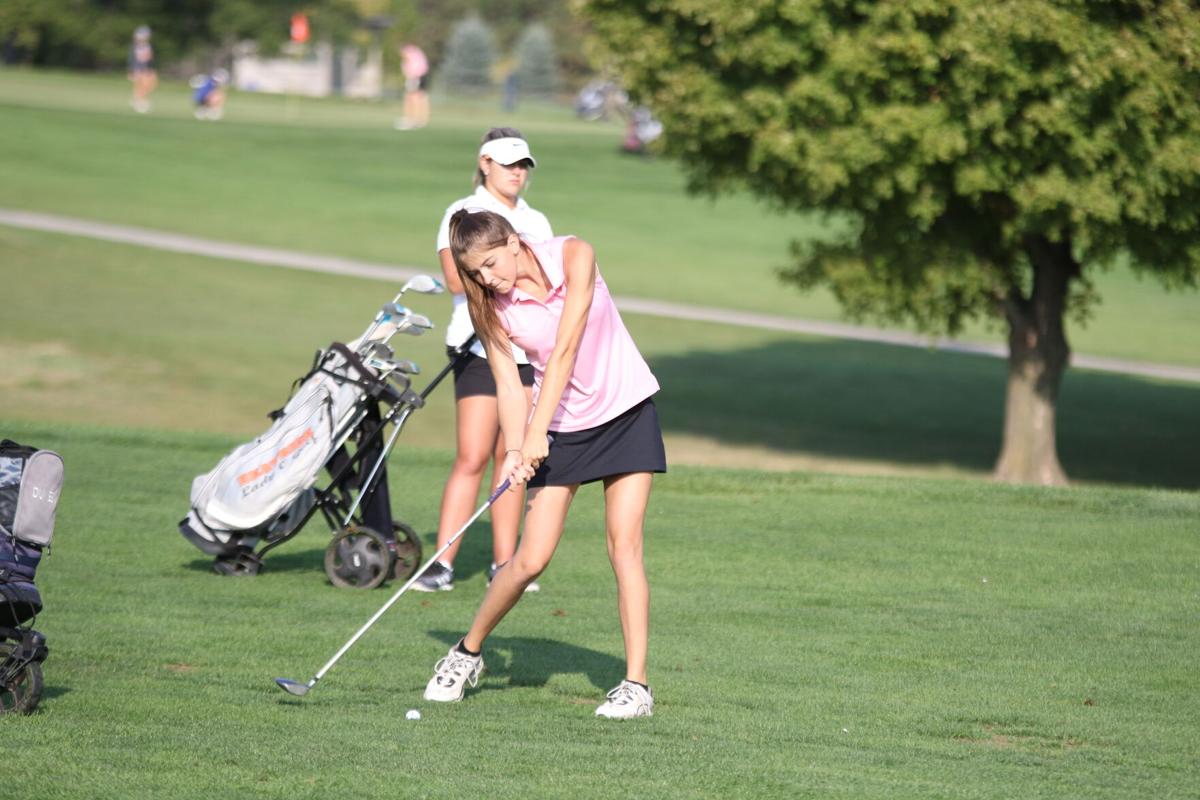 York senior Riley Stuhr shot a team-best 90 on Thursday as the Dukes competed at the Pius X Invite at Holmes Golf Course in Lincoln. 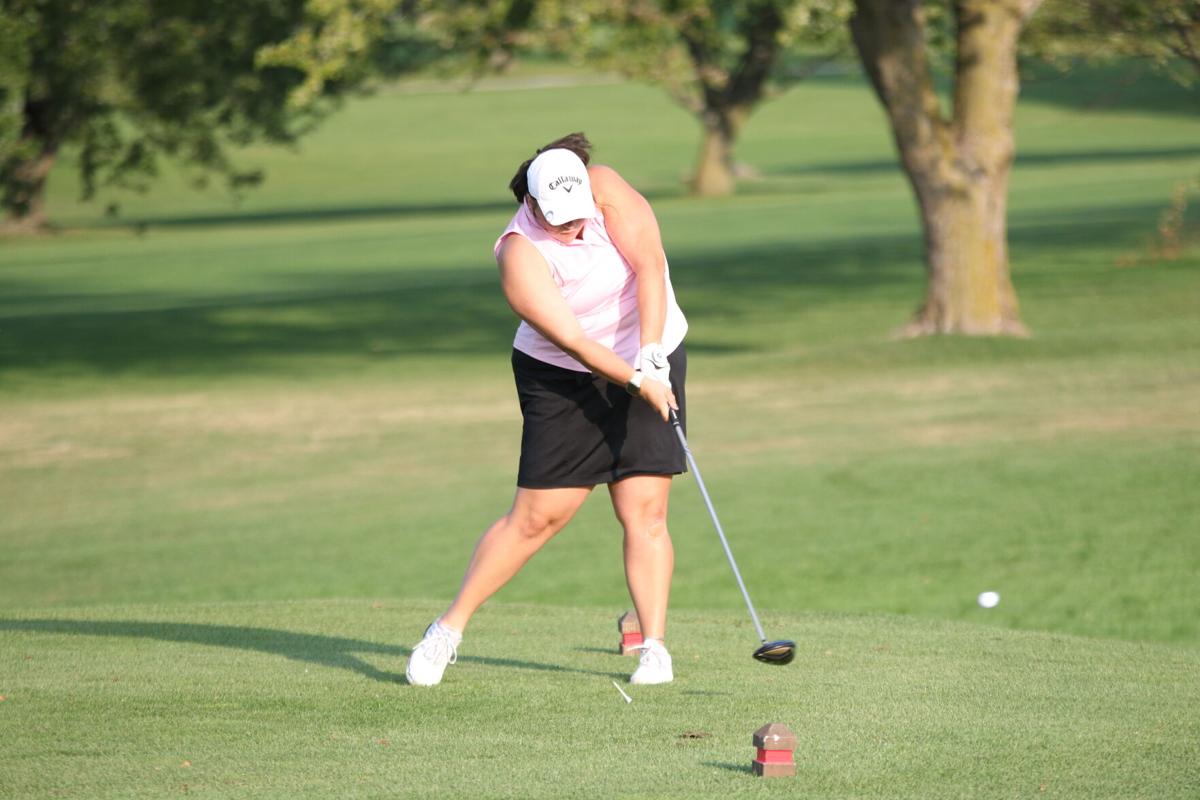 York senior Rylie Krause tees off at Holmes Golf Course during action at the Pius X Invite in Lincoln. Krause shot a 97.