Then the pandemic hit last winter and spring and the 2020 season was canceled.

On Tuesday morning the golfers were back at the Elks course as the 2021 Class B State Golf Tournament got underway at 9 a.m. with a total of 75 golfers vying for a medal and 12 teams looking to head back with home with some hardware.

The York Dukes came in as one of the hottest teams having won the Central Conference Tournament and the Class B-3 District Tournament on their home track.

When play resumes on Wednesday, the York golfers find themselves in a familiar third place, 11 strokes behind Mount Michael Benedictine (325) and three off the pace of the second place Omaha Skutt Catholic Sky Hawks who turned in a 333.

The Dukes score of 336 was three shots better than they shot in 2019 and as a whole the top five teams posted a score of 13 strokes better than two years ago.

“Ryan and Emmanuel are still inside the top 10, but they would have liked to have finished stronger,” said Malleck. “The good news is they hung in there enough to still give themselves a chance tomorrow, but it is going to take a hot one. But the theme of the day was frustration.”

Malleck said that the team will try to work on some things tonight and try to get some problems turned around.

“Elijah is having trouble off the tee and Andrew has developed a case of what we call the S-word in golf, the shanks,” explained Malleck. “We will hit the range tonight and see if we can’t get some things worked out.”

The best score of the day was shot by Luke Gutschewski of Mount Michael Benedictine with a 1-under 71. Bennington’s Cullen Buscher toured the Elks course in 74 shots and Ty Wehrs od Seward fired a 3-over par 75.

Three players were tied for fourth with 77’s and they were Harrison Weddell of Elkhorn North; Jacob Goertz of MMB and Payton Craw of McCook.

The Dukes No. 1 and No. 2 golfers, sophomore Ryan Seevers and Emmanuel Jensen both ended their first rounds with a seven-over 79 and they are tied for ninth.

Seevers and Emmanuel fired indentical front nine and back nine scores of 39 and a 40. 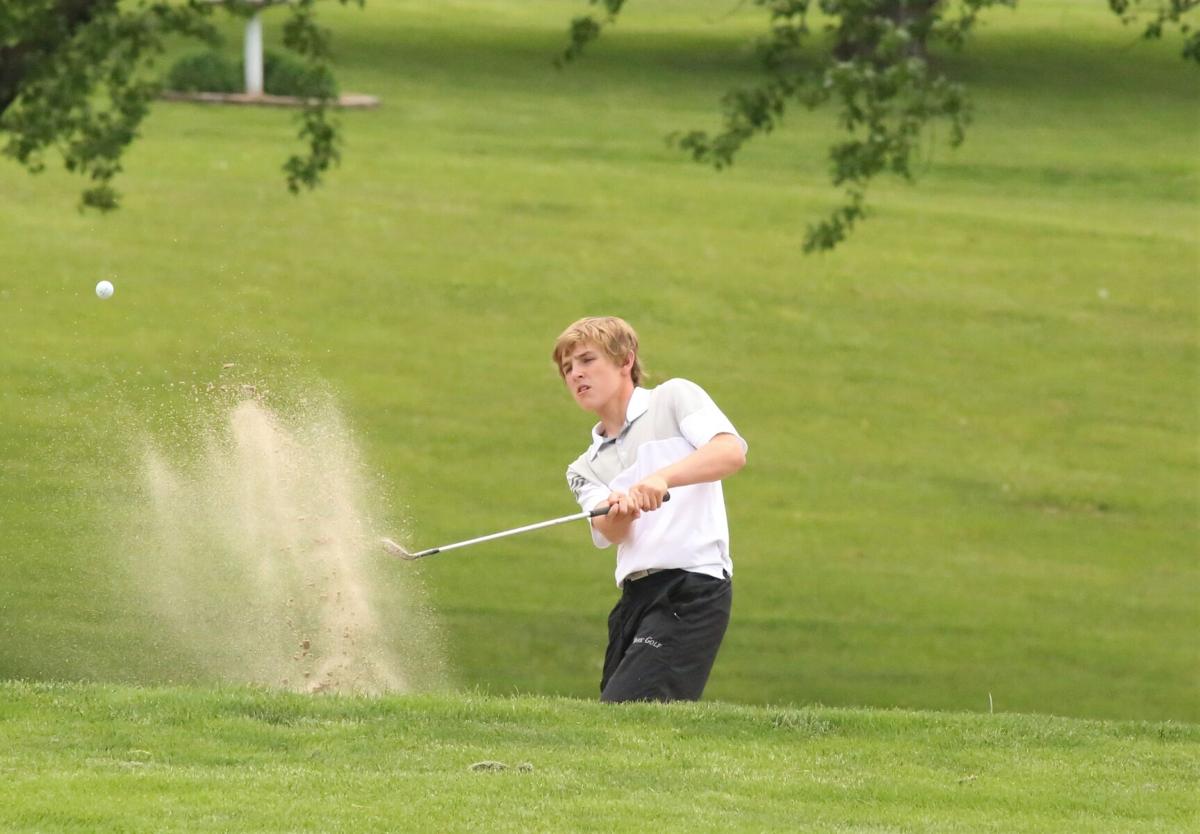 York sophomore Ryan Seevers splashes out of the greenside bunker on the par-three No. 4 hole at Elks Country Club. Seevers was able to get up and down to save his par and end his day with a 79, tied for ninth place. 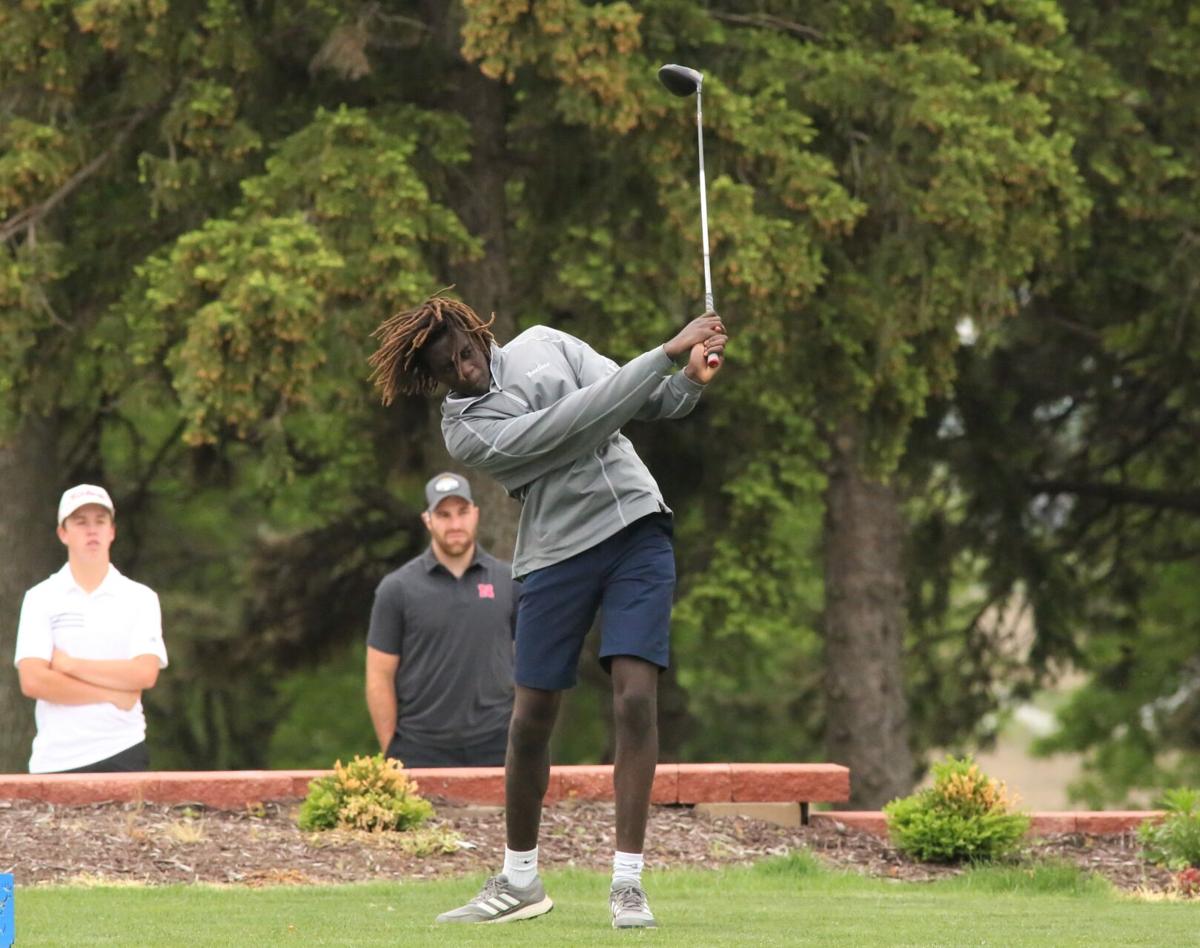 York’s Emmanuel Jensen rips his drive to open his 2021 Class B State Tournament on Tuesday at the Elks Country Club in Columbus. Jensen shot a 39 on the front and 40 on the back to end his day with a 79 and in tie for ninth place. 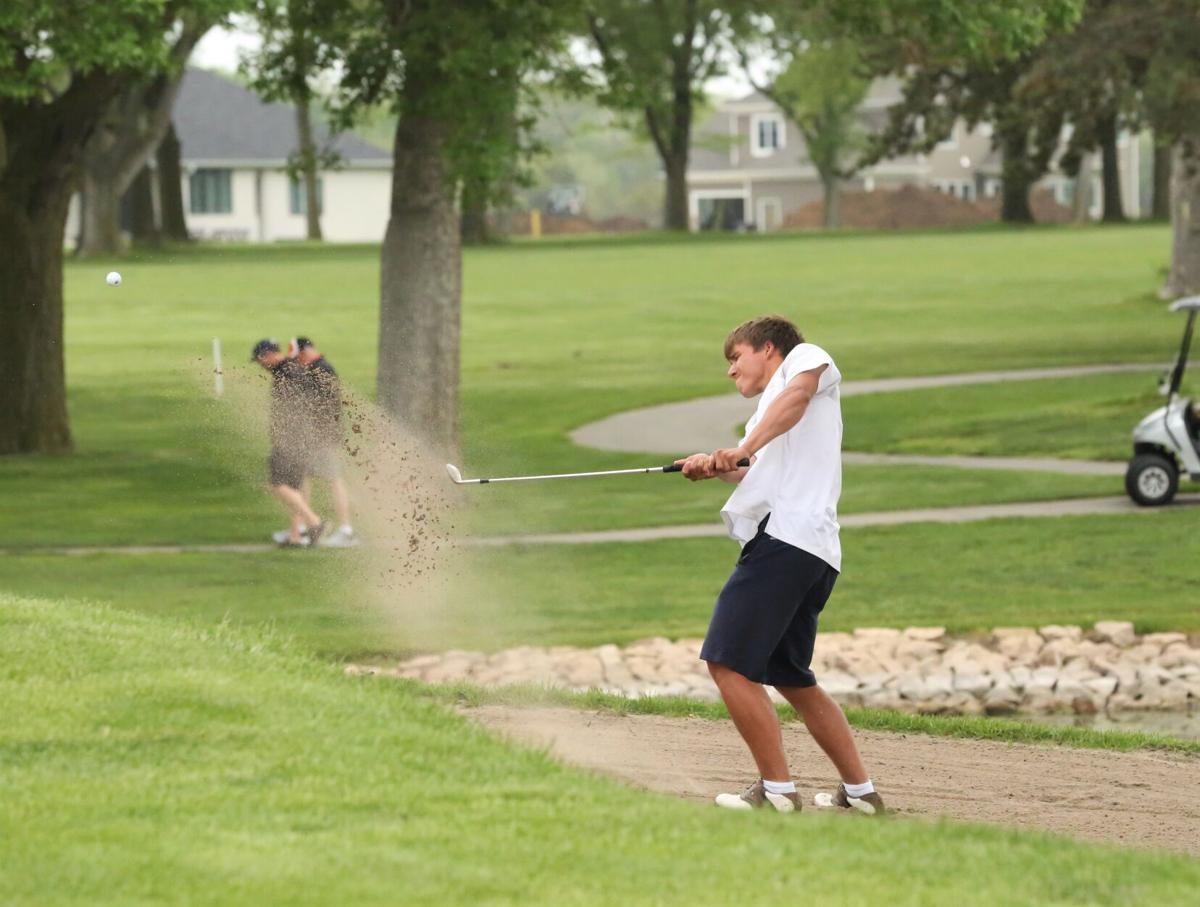 On his second shot from inside the tree lined fairway on No. 10, York’s Marley Jensen found the greenside bunker. He blasted out onto the green giving him a chance to save par. Jensen shot an 85 and sits in a tie for 26th place at the Class B State Tournament. 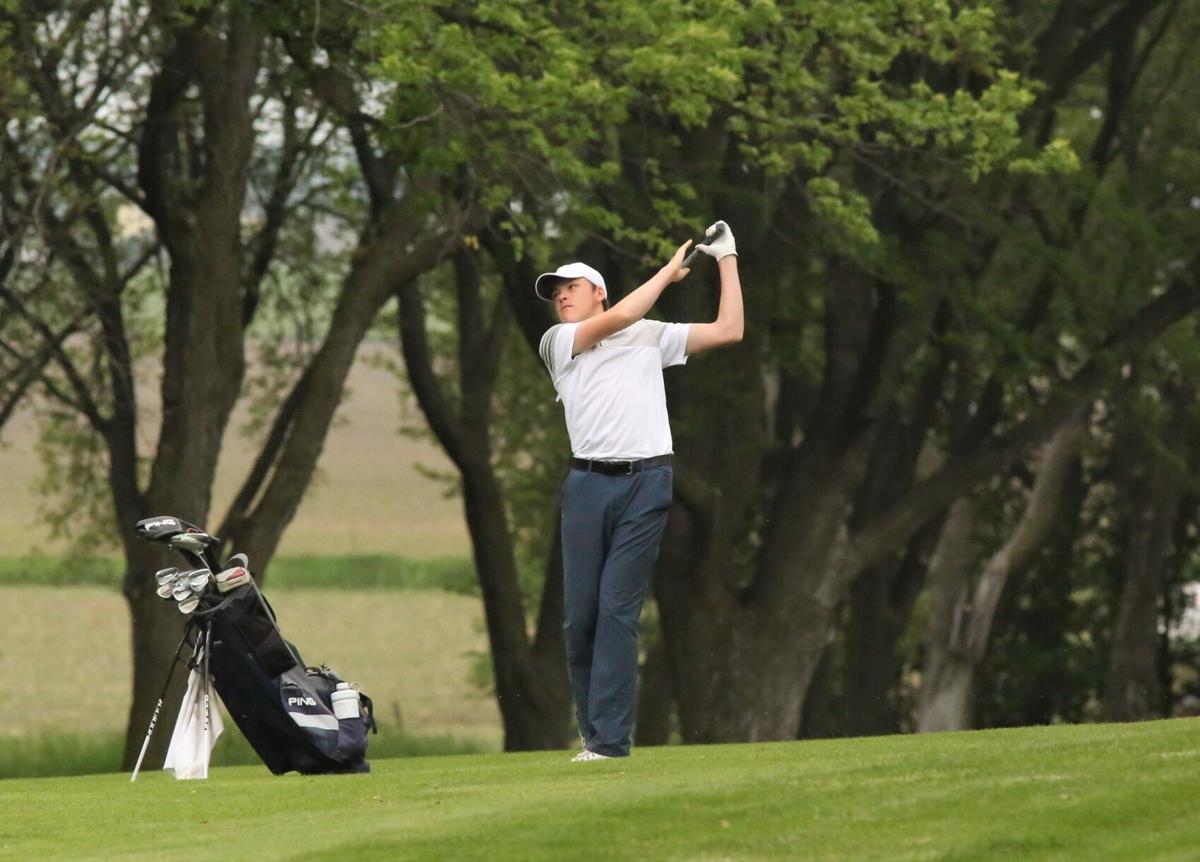 York senior Andrew Sahling loses his approach shot to the par five No. 4 hole to the right. Sahling ended his long day with a 93 and is tied for 57th place.