World Series: Follow updates as Dodgers and Rays face off in Game 3

YORK-Anytime the York Dukes and the Seward Bluejays go up against each other whether it’s on the softball diamond, the volleyball or the basketball court or the gridiron, both teams have only one thing in mind,- WIN!

Friday night’s football game at East Hill Field pitted the 2-4 Dukes against the 2-5 Bluejays with any chance of playoffs for either team in the balance.

York did not play last week and some of the rust showed up in the contest.

Seward junior quarterback Gavin Sukup came into Friday night’s game with a dual threat resume and it didn’t take long to see why.

The Bluejays took the ball on their first offensive possession and went right down the field with Sukup using the short passing game to wide out Bryce Piskorski and a pair of 31-yard runs to put the first points on the board.

The first 31 yard burst came from senior running back Hunter Novacek to push the ball inside the York 45-yard line at the 41.

The second one was a back-breaker for the Dukes defense as they had Seward in a fourth and 17 at the York 38 and Sukup broke the quarterback keeper right up the middle to the Dukes seven yard line.

The junior scored on the next play and the Bluejays went on top 7-0 with 7:47 on the clock in the first quarter.

York failed to get a first down on their first possession and after a York punt, Sukup engineered a 73 yard drive with the junior signal-caller calling his own number on a six yard run, similar to the one he scored on during the team’s first drive.

York finally started to get some movement on offense in the second quarter and a 33-yard burst by senior running back Wyatt Collingham put the Dukes in business with under four minutes to play at the Seward 13. That run accounted for more than half of York’s first half offensive production.

York could not get a first down and senior place-kicker Thomas Ivey booted a 27-yard field goal with 2:27 to play in the half to cut the Seward lead to 14-3 at the break.

The second half was not much better for the Dukes as they were unable to move the ball on their initial possession of the third quarter and had to punt.

The Bluejays went back to work on offense and Sukup’s scoring strike made it 21-3 as the fourth quarter came to an end.

The Dukes attempted a fake punt and a long pass was dropped by the receiver and the Bluejays took over in York territory. Seward could not move the ball and Sukup’s pooch punt pinned the Dukes at their own 2 yard line.

York could not move the ball and Seward took over just inside the 50-yard line.

The Bluejays put the game on ice when Mason Bisbee scored on a 5 yard run with 7:53 to play in the game to make it 28-3.

York mounted a drive late in the game quarterback with Jake Erwin picking up a lot of the yardage with his legs. The Dukes moved the ball inside the Seward 25-yard line but Ty Bartholomew’s half-back pass was intercepted.

York (2-5) will be back at East Hill Field next Friday night as they host the Lexington Minuteman in their final regular season game at East Hill Park. 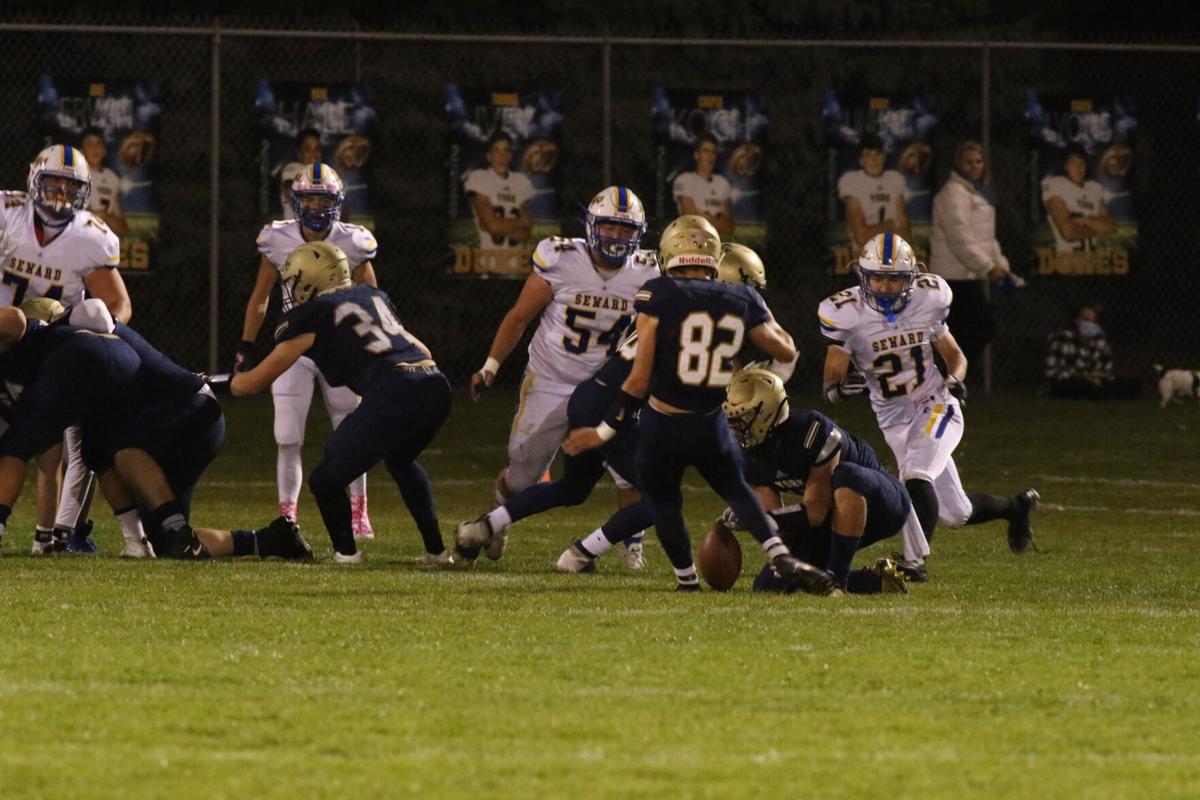 York senior place-kicker Thomas Ivey boots a 27-yard field goal with 2:27 to play in the first half in the Dukes matchup with Seward at East Hill Park on Friday night. The kick cut the Bluejays lead to 14-3 at the time and little did anyone know that those three points would be the only scoring for York in a 28-3 loss. 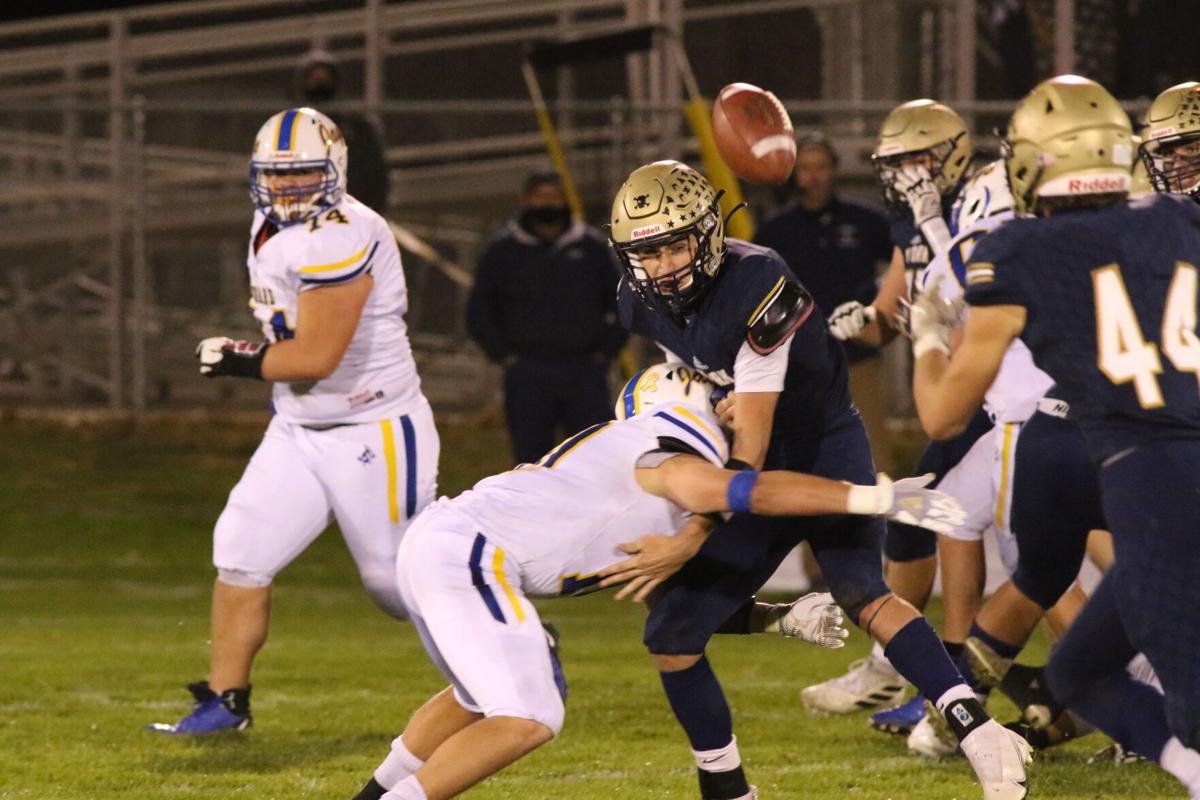 York senior quarterback Jake Erwin holds the ball as long as he can and gets the pitch out to senior Wyatt Collingham who had the biggest offensive play of the game for the Dukes with a 33-yard run.