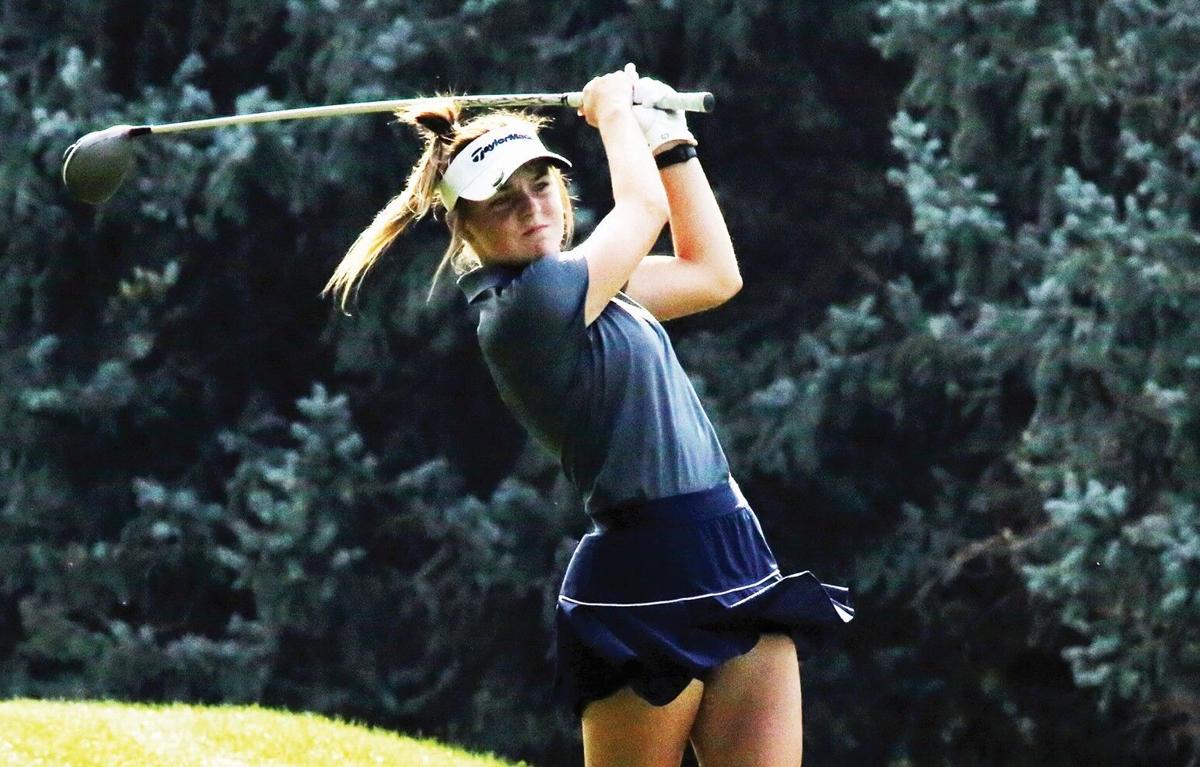 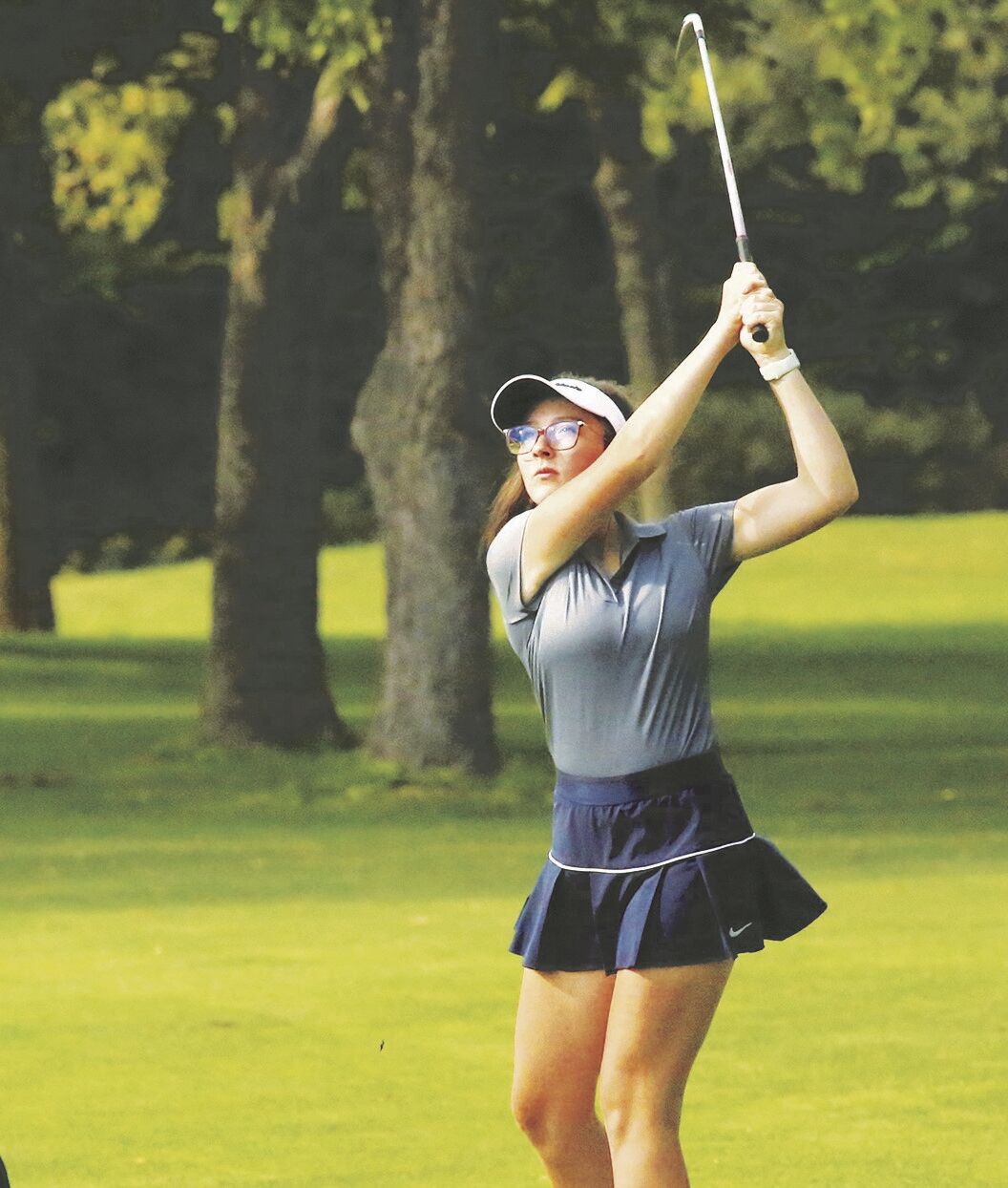 York senior Kadence Foreman watches her approach shot from the No. 3 fairway to the green at York Country Club. Foreman’s shot ended up about 20 feet above the hole during Monday’s Quad.

YORK – The 2021 high school golf season is about three weeks away from districts and determining the teams and golfers that will travel to Scottsbluff for the Class B State Tournament October 12-13.

The Dukes shot a winning team score of 188 and the JVs finished third to Northwest at 248.

“Piper (Fernau) had a nice round shooting four-over on the front nine. Tatum (Holthus) and Kadence (Foreman) broke 50 as well and recorded their best front nine score at York in a meet,” commented York head coach Josh Miller. “Samantha Gibbs continues to improve and led our JV team with a 54. Our season is moving fast so we have to emphasize consistency this time of year. A couple of girls are still fighting their tempo, but I am seeing some progression around the greens.”

No other scoring was available.

The York Dukes hit their goal of shooting under 400 and took home third place at the Lexington Invite on Friday.

York fired a 385, well off the first place pace of 331 set by the Scottsbluff Bearcats and the North Platte Bulldogs who fired a 339.

All of the teams at the invite were from west of Hastings with the exception of York.

The Dukes had two medalists. Regin Dunham took 10th place with a score of 89 and Tatum Holthus shot a 92 and medaled in 13th.

Piper Fernau ended up in 24th with a 100 and Alyssa Alt rounded out the scoring with a 104. Kadence Foreman was the Dukes’ fifth golfer and she finished with a 109.

“The trip out to Lexington is always a great measuring stick for our team. Competition is at a high level and programs like Scottsbluff and North Platte are state championship caliber. Regin played her most consistent round and landed in the top 10 with her career best 89,” said Miller. “Tatum was not far behind shooting her career low of 92 and also walked away with a top 15 medal.”

This is our second time firing under 400 and the fact that two players had new lows is a great sign,” Miller added. “Hopefully this will take the pressure off of some of the girls and allow them to relax and play their game going forward.”

York will be in Hastings tomorrow at Lochland Country Club for the Tiger Invite.

Who has the edge in the NL Wildcard race?

What to expect with Justin Fields at the helm

What to expect with Justin Fields at the helm

YNT Female Athlete of the Week

Nebraska's Austin Allen says Scott Frost is coaching with a harder edge of late. "It's kind of what we need. We need a disciplinary guy."

PALMER – The game ball in Friday night’s Nebraska Lutheran at Palmer football game should go to each team’s statisticians.

YORK – As quickly as it started, 2021 high school softball nears the final two weeks of the regular season.

After weeks of tinkering, John Cook has made a lineup decision as Big Ten schedule begins; Huskers drop out of top 10

Cook on Monday: “I don’t want anybody worried about looking over their shoulder, or (thinking), 'I’m I playing or starting this match?'”

China keeps virus at bay at high cost ahead of Olympics

New Orleans: Flames shoot up side of Superdome roof, put out

York senior Kadence Foreman watches her approach shot from the No. 3 fairway to the green at York Country Club. Foreman’s shot ended up about 20 feet above the hole during Monday’s Quad.