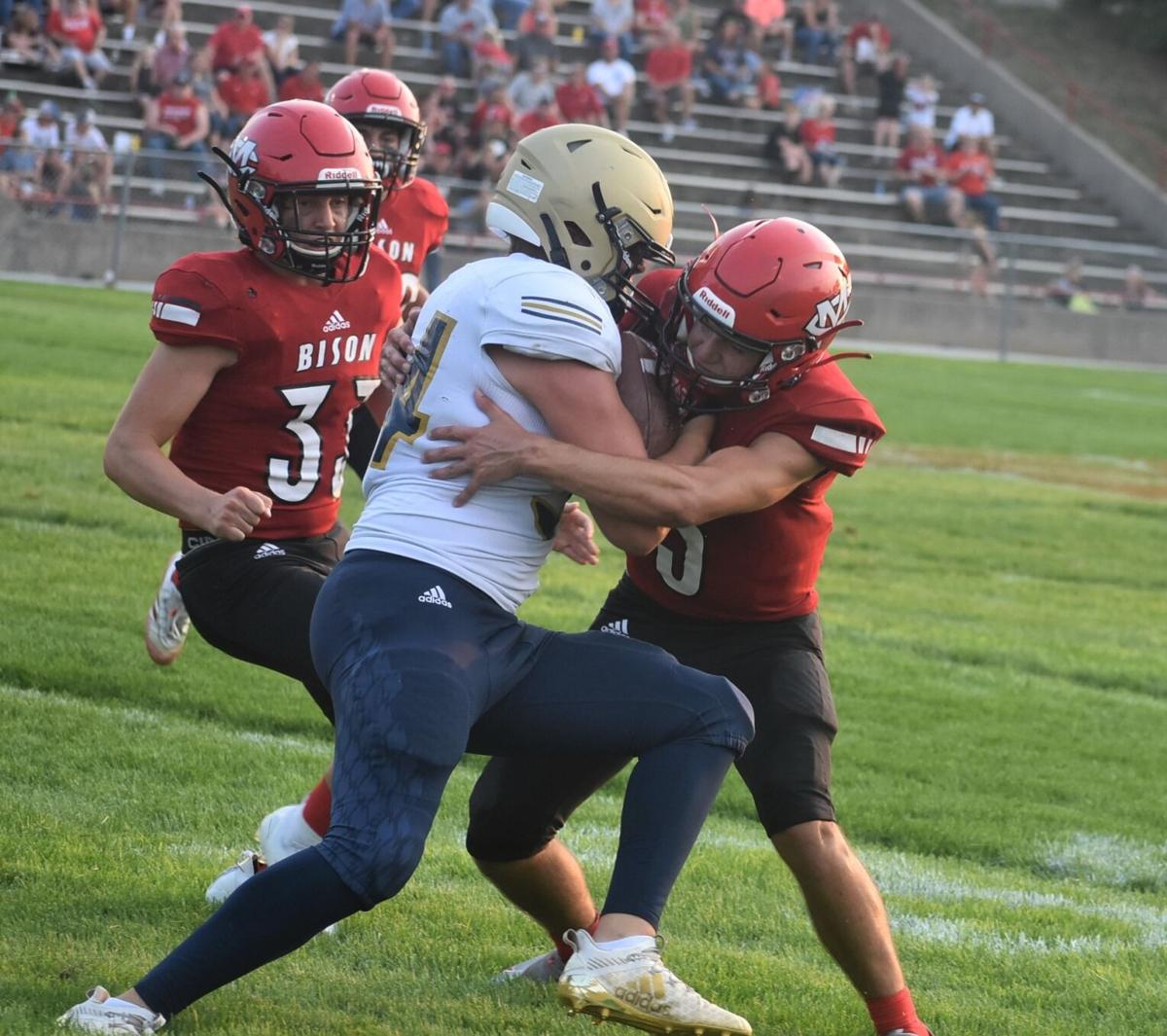 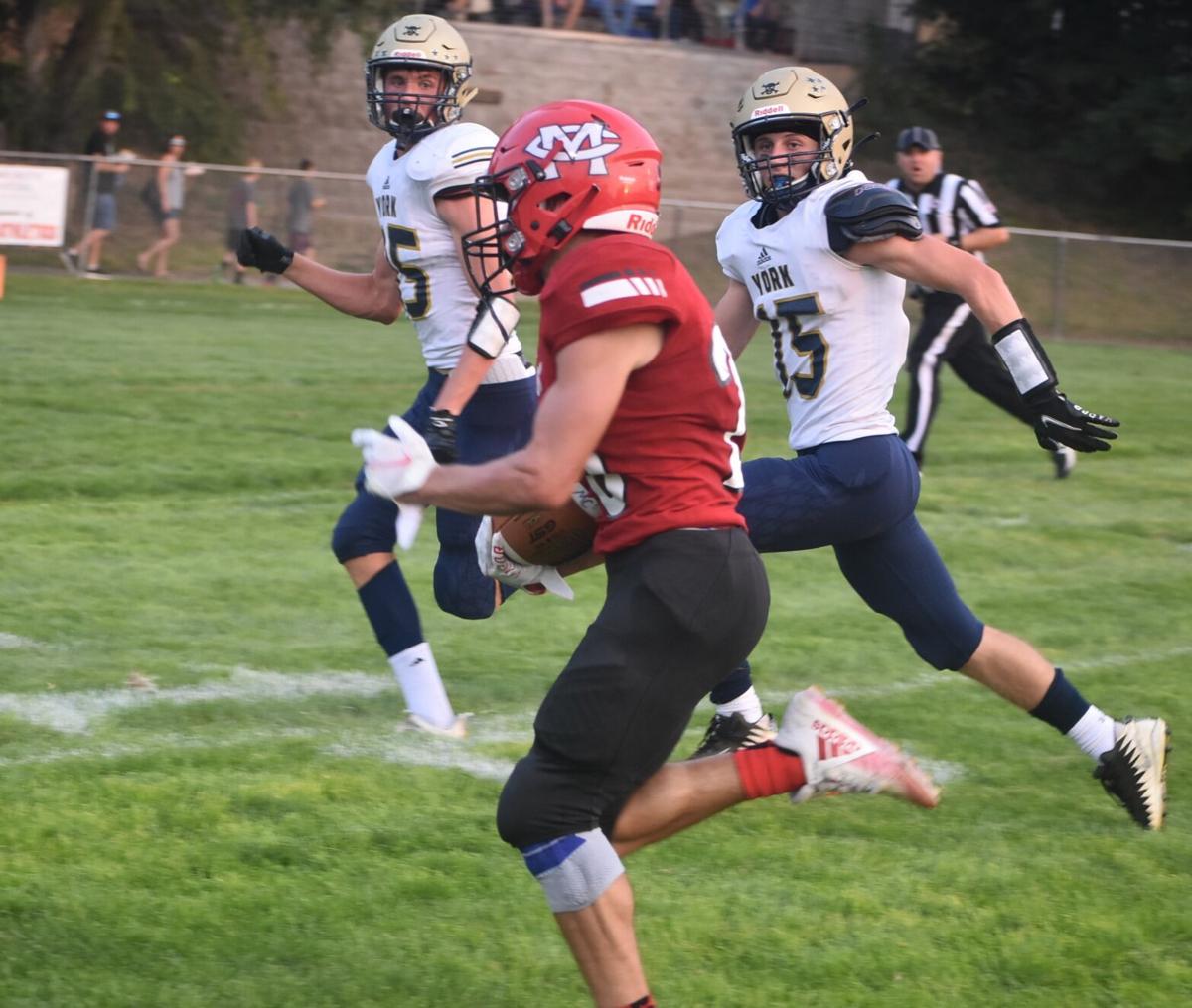 The Dukes’ defensive secondary closes in on McCook’s Jacob Gomez-Wilson as he breaks free for a long run in last Friday night’s game. 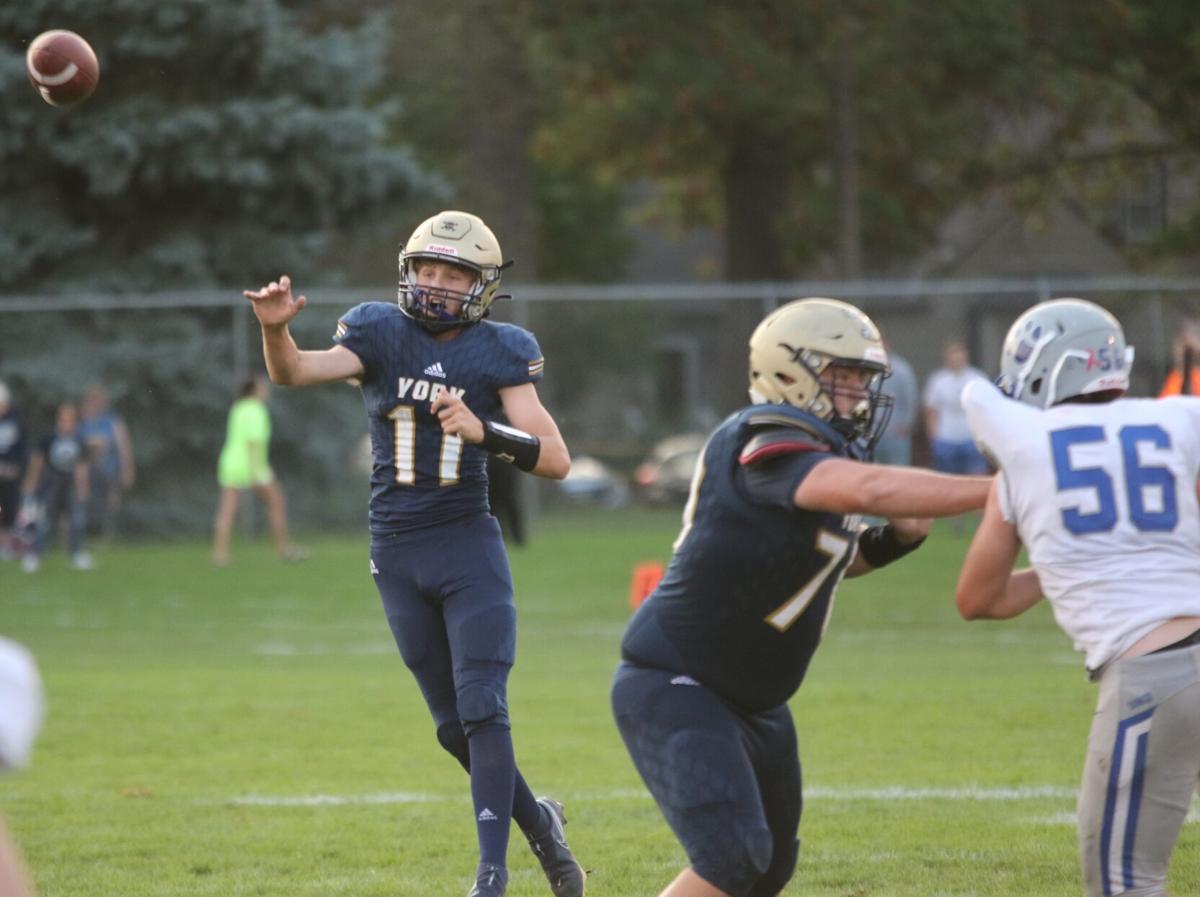 York junior quarterback Ryan Seevers fires a short pass in action against Alliance in the Dukes’ September 3rd game at East Hill Field. Seevers has completed 55% of his passes this year and Friday night’s game with Ralston could come down to who executes in the air attack.

YORK – In last year’s game at Ralston the York offense made way too many mistakes and the defense was left spinning by the performance of then junior Rashad Madden.

Madden ran for 231 yards and three touchdowns on 23 carries. He broke off long runs of 63 and 78 yards in the Ram win.

Well he’s back and the York defense will once again be faced with stopping the 5-8, 175 pound running back Friday night. Madden comes to York on the heels of a 224-yard, four-touchdown performance against Omaha Bryan.

York head coach Glen Snodgrass said Madden makes something out of nothing.

“He is the best running back I have coached against in my 23 years of coaching and that is saying a lot,” said Snodgrass. “He is a special running back and he loves to bounce outside. He doesn’t like running in between the tackles and his lateral change of speed is incredibly fast. We just need to grab his jersey and hold on till the rest of the cavalry gets there. He will find a way to get to a hole even if he doesn’t get the blocking.”

The Dukes are allowing right around 214 rushing yards per contest in the run game and the Rams come in putting up 190 yards per outing on the ground. Madden is averaging right at 125 yards per game. Overall York’s ‘D’ gives up 288 yards per game.

The Duke offense is putting up 23 points per game and 293 total yards a night. The run game is led by senior Marley Jensen and junior Dalton Snodgrass with 166 and 158 yards respectively through three games.

“Through the first two games I was very happy with the offense, not so much at McCook. We have to make fewer mistakes and we have to better on third downs. I think we were 1 of 8 at McCook and that won’t get it done,” Snodgrass commented. “After the game I told the team we have been here before and it’s time for us to flip the script.”

The Dukes definitely have the advantage in the passing game as the Rams have completed just 10 of 34 passes for 120 yards.

York, on the other hand, has racked up 316 yards in the passing game and junior quarterback Ryan Seevers has completed 27 of 49 passes for 55% and one touchdown.

The defense is led by Jensen with 48 tackles and sophomore Erickson with 35. Snodgrass has been charted with 31 stops.

“It’s great to be back home and we have a big test in front of us,” Snodgrass stated. “We have a good week of practices and the kids came out on Monday and Tuesday and they were upset.”

The Dukes’ defensive secondary closes in on McCook’s Jacob Gomez-Wilson as he breaks free for a long run in last Friday night’s game.

York junior quarterback Ryan Seevers fires a short pass in action against Alliance in the Dukes’ September 3rd game at East Hill Field. Seevers has completed 55% of his passes this year and Friday night’s game with Ralston could come down to who executes in the air attack.