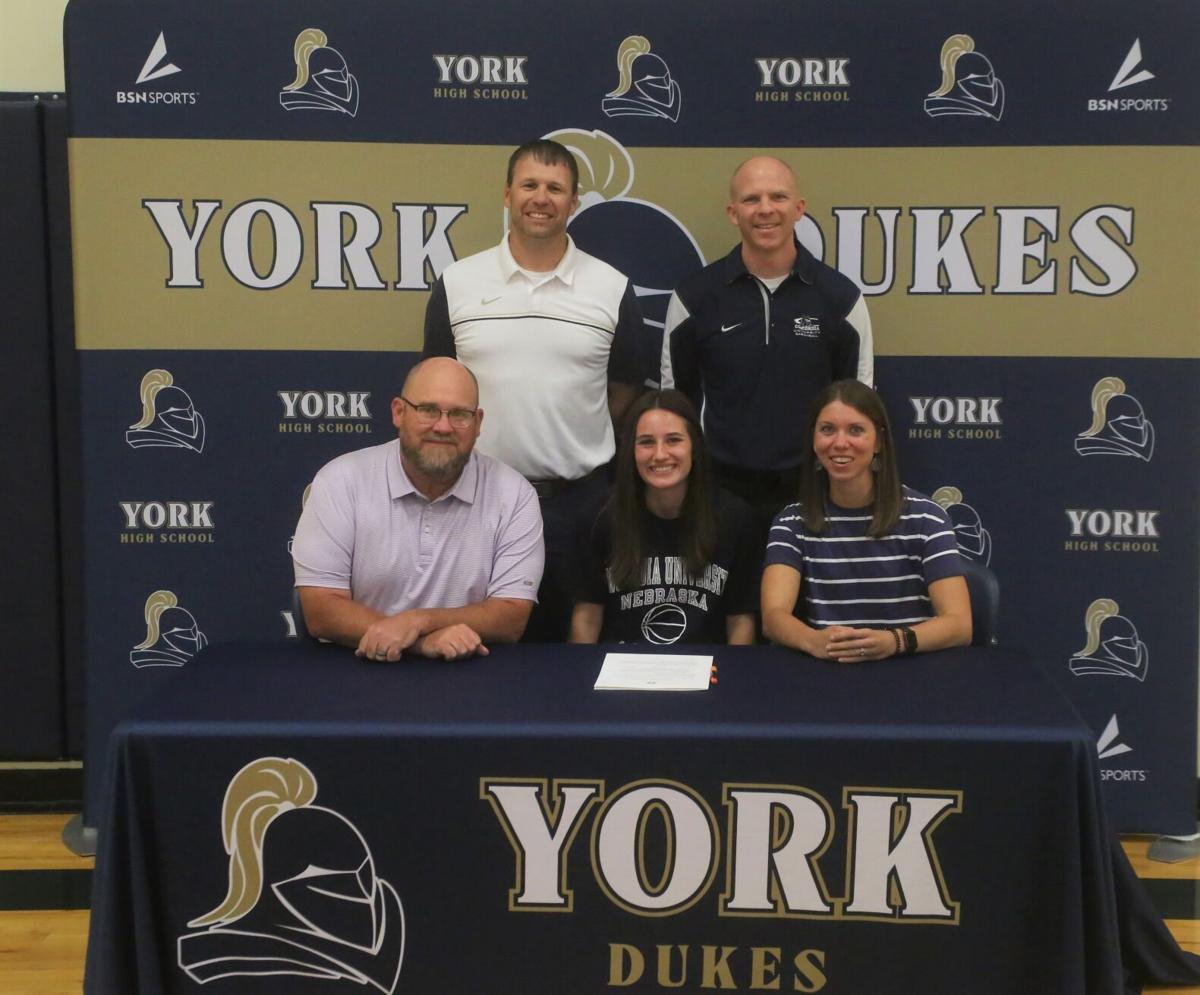 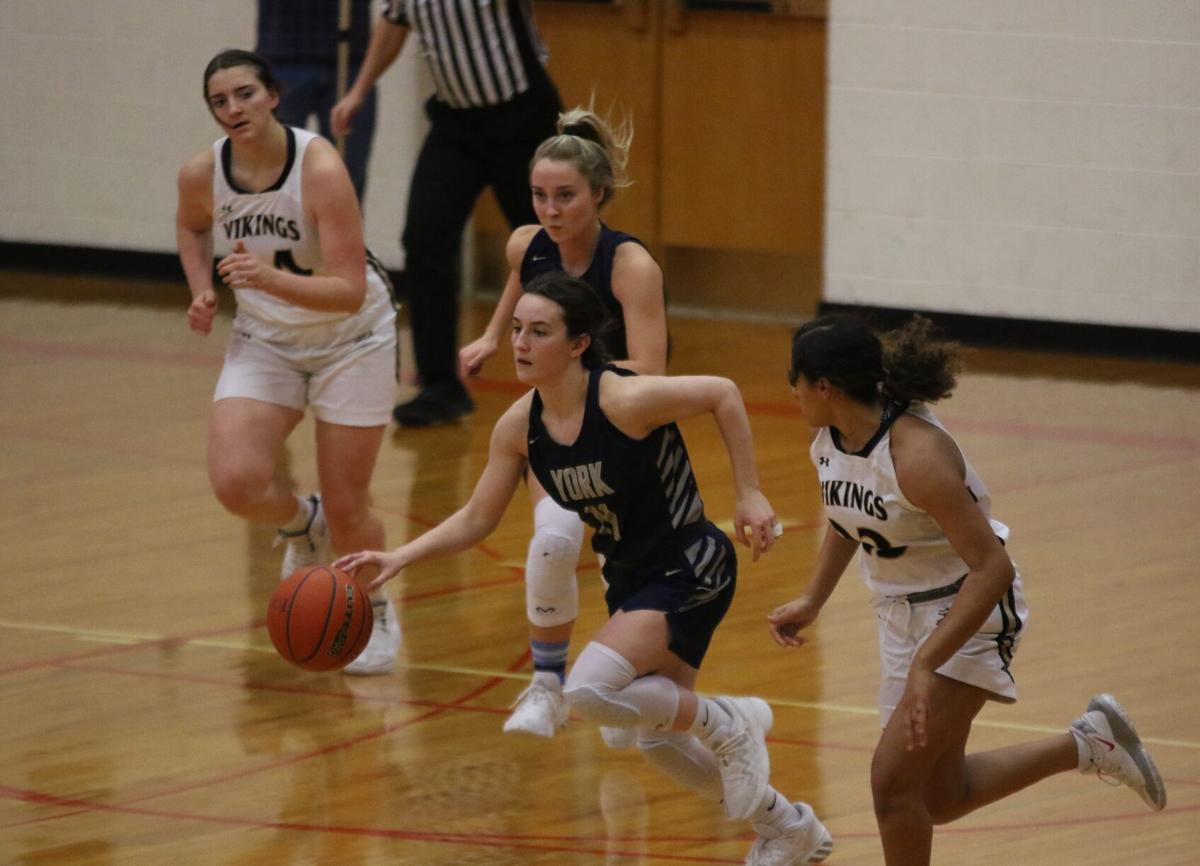 York’s Destiny Shepherd signed with Concordia University on Monday morning at York High School. Shepherd will play basketball for the Bulldogs and further her education. She plans to major in physical therapy.

YORK – Both Concordia University and Destiny Shepherd like to play basketball in the fast lane.

So when the York senior signed her letter of intent to become a Bulldog on Monday morning at York High School, Concordia head basketball coach Drew Olson said it best.

“She is a perfect fit for who we are and how we play. She is so fast and she is so relentless. We are really looking forward to her leadership and just what she brings to the team,” said Olson. “As a point guard she does all the things we want her to do. She plays with pace, she gets the ball and she can create and she could be really special for us. We see a lot of potential in her.”

Shepherd was also considering both Hastings College and Doane University, but the Concordia atmosphere felt right to her.

“When I visited Concordia it just felt like home. Everybody was so loving, the coaches the team and even the people who don’t play basketball, it was like a big family,” Shepherd commented. “I felt like everyone wanted me there. It was a tight knit culture.”

Shepherd plans to major in physical therapy once she gets to Concordia.

Shepherd brings a style of play to Concordia that she has been used to at York. This was also a selling point on her decision.

“Concordia plays a lot like we do. They play fast, they get up and down the floor and I think that is my style of play and I like teams that play like that,” Shepherd added.” Concordia really stood out to me with that style of play.”

“I am excited for her to be part of the Concordia program. What a great program to be a part of and culture. She is such a good athlete and I think that was one of the first things that coach Olson noticed was her athleticism on the floor,” Kern stated. “She is just an overall tough player who plays hard and she is going to fit in really well. Concordia has been in the mix for a while now along with Hastings and Concordia just kind of stood out.”

Shepherd said she wanted to get this decision out the way before the season started.

“I think it will be less stressful for me when the season comes around and be able to play,” Shepherd commented. “I won’t have to worry about anything else or make any important decisions. I can just play basketball.”

York’s Destiny Shepherd signed with Concordia University on Monday morning at York High School. Shepherd will play basketball for the Bulldogs and further her education. She plans to major in physical therapy.