STROMSBURG-The Howells-Dodge Jaguars trailed the Cross County Cougars 6-0 and a Jaguar punt had pinned the Cougars offense deep inside the Cougars five-yard line with under a minute to play in the half.

That didn’t matter to Cross County senior Isaac Noyd who ripped off a 62 yard scoring run after junior Carter Seim carried the ball out to the 18 yard line on the first play giving the Cougars some operating room.

The Cougars defense did the rest as they pitched a 28-0 shutout, the first time the Howells-Dodge Jaguars had been shutout since their coop in 2013.

Cross County head coach Hayden DeLano said after the win that the 62-yard scoring before the half was big, but he was not sure that it broke the Jaguars spirit.

“They are awfully young and extremely talented. We are just a little bigger and faster and we needed that score right before the half as a talking point in the dressing room at halftime,” DeLano said. “We have some things we need to clean up as we gave up a lot of yards tonight.”

The Cougars came out and took the ball to start the third quarter and just two minutes and 30 seconds into the half, it was Noyd again, this time breaking loose on a 34 yard run and the lead was 20-0.

Howells-Dodge enjoyed some success moving the ball in the game, and had two drives stall out, one inside the 10 yard line and the other just the length of the football from the goal line.

Quarterback Jacob Tomcak, a 165 pound senior connected on 6 of 8 passes in the first half, including two on third downs to keep drives alive.

The run game was spearheaded by junior Levi Belina who had 75 yards in the first half.

With the clock winding down in the third quarter, Noyd put the final points on the board as he ran 55 yards for his third score and with the 55 yards went over 200 yards in the game.

Along with junior Carter Seim the Cougars ground game kept up their 347 yards per game average.

The Cougars defense bent a little in the second half, but kept the Jaguars out of the end zone.

“This was the first time a team took us four quarters and the guys responded very well to that challenge,” said DeLano. “The defense made some huge stops and we kept them from scoring early which was a key.”

Cross County (4-0) will travel to Nebraska Christian next Friday night. The Eagles came into Friday night with a 2-0 record and hosted 2-0 Heartland.

HASTINGS – The York Dukes girls golf team wrapped up a five-day, three-meet schedule at the Hastings Invite held at the Lochland Country Club … 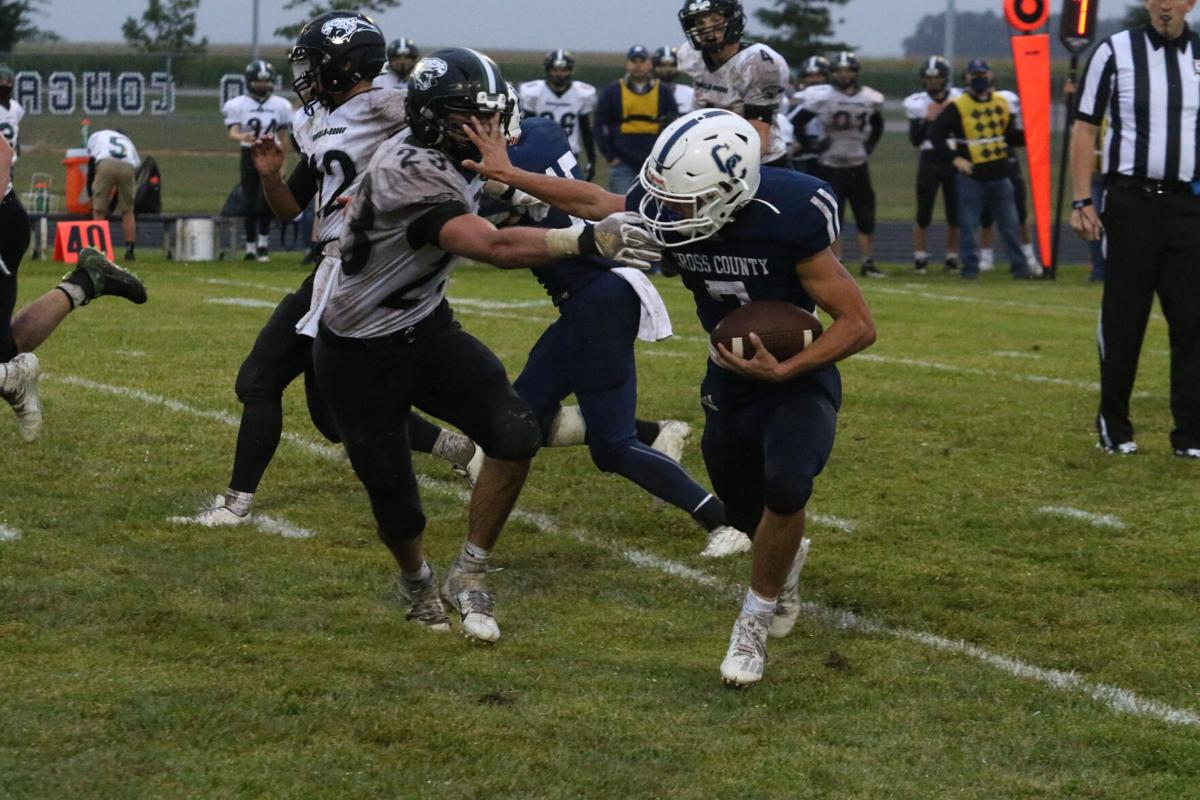 Cross County senior Isaac Noyd (7) uses the stiff arm to keep Howells-Dodge defender Blake Sindelar (23) from being able to get position on the Cougar ball carrier. Noyd had a huge 62 yard scoring run with 38.8 seconds to play in the first half. 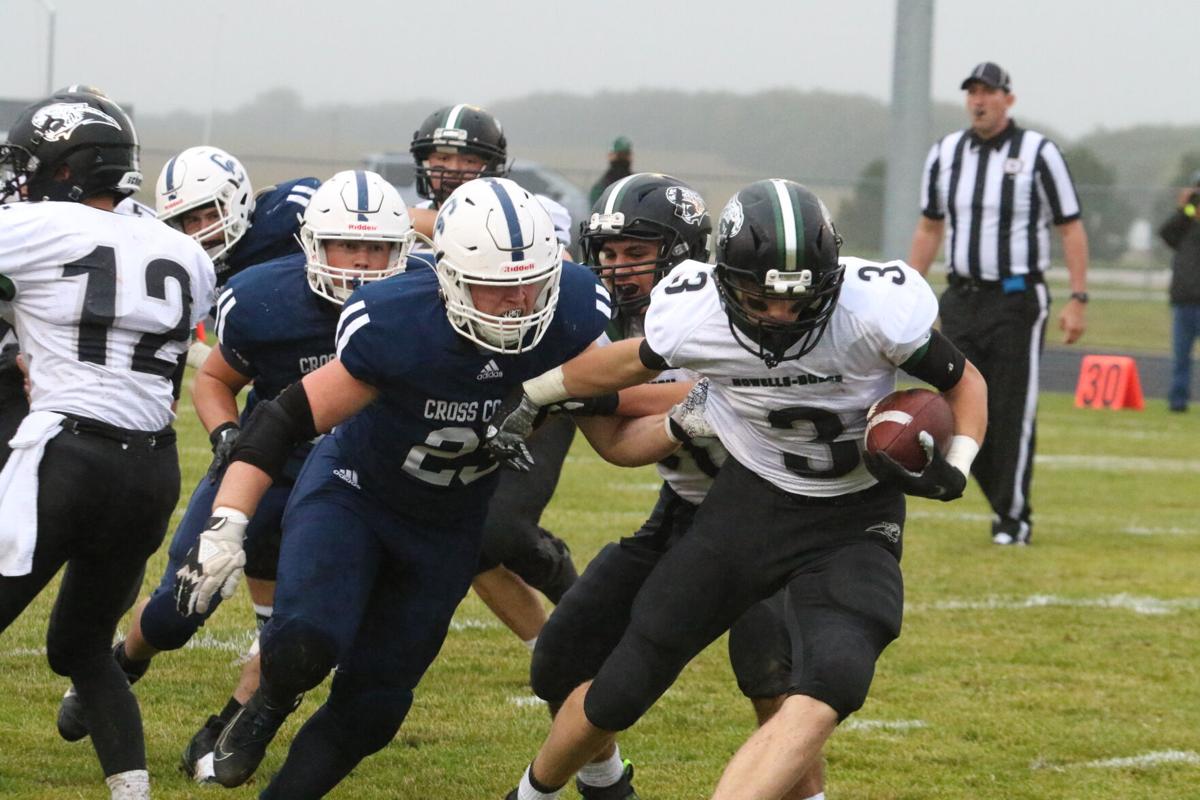 Howells-Dodge ball carrier Lance Brester (3) is hit and knocked back by Cross County junior Damon Mickey (23) on the Howells-Dodge Jaguars first possession of the game.