YORK — The first time the Shelby-Rising City Huskies took on the Nebraska Lutheran Knights on Jan. 12 in Shelby, the Huskies won by 36 points, 68-32.

Click HERE for all of our 2019 CRC Boys Tourney Photos

The two met again on Monday night, this time in a quarterfinal of the Crossroads Conference Tournament at the York City Auditorium. And the Huskies, led by 5-foot-10 senior guard Austin Coffin, did their thing again.

Behind a game-high 25 points and six 3-pointers from Coffin, Shelby advanced to the CRC semifinals with a 53-33 win over Lutheran.

Coffin, a four-year starter, was the main reason the Huskies shot out to a 15-2 lead with about 40 seconds left before the end of the first quarter. He scored 14 of Shelby’s 18 points in the opening period and hit four 3s as the Huskies led the Knights 18-6 heading into the second stanza.

“He had a heck of a game tonight,” Shelby head coach Grant Gabel said of Coffin after the game. “Going into it, it’s always tough playing a team twice. And luckily for us we jumped on them early in the first quarter and it carried over into the first half. That set the tone for us and that’s been our motto this year — own the first half, get off to a good start and make teams uncomfortable.”

Coffin cooled off a bit in the second quarter and didn’t score, but 6-1 senior teammate Max Hoatson did. Hoatson hit the offensive glass hard and was rewarded with six points — all from short putbacks on rebounds.

After a layup from sophomore Colin Wingard put the Huskies up 28-8 with 2:56 left before the half, Lutheran ended the quarter strong. The Knights’ finished the first half on a 5-0 run that included a layup and 3-pointer from senior Jiokow Wool that cut his team’s deficit to 28-13 at the break. Wool was the leading scorer for the Knights with 12 points.

Shelby controlled the second half, outscoring Lutheran 17-7 in the third quarter to take a 45-20 edge heading into the final eight minutes.

Coffin, whose personal record for triples in a game is eight, continued to be a thorn in the side of the Knights in the third quarter. He nailed two more 3s and scored 11 points in that period alone. Junior Bailey Belt got in on the fun for Shelby, too. The 5-9 point guard scored six of his 10 points in the third.

After scoring two points in the first three quarters, Lutheran junior Zach Richert came alive in the fourth. The guard scored eight points in the final eight minutes, all off mid-range jumpers. But it wasn’t enough to make a dent into the Huskies’ lead as Shelby cruised to the win and improved to 11-4 on the season. Lutheran, which went 16-6 last season but lost all five senior starters to graduation, dropped to 6-8. 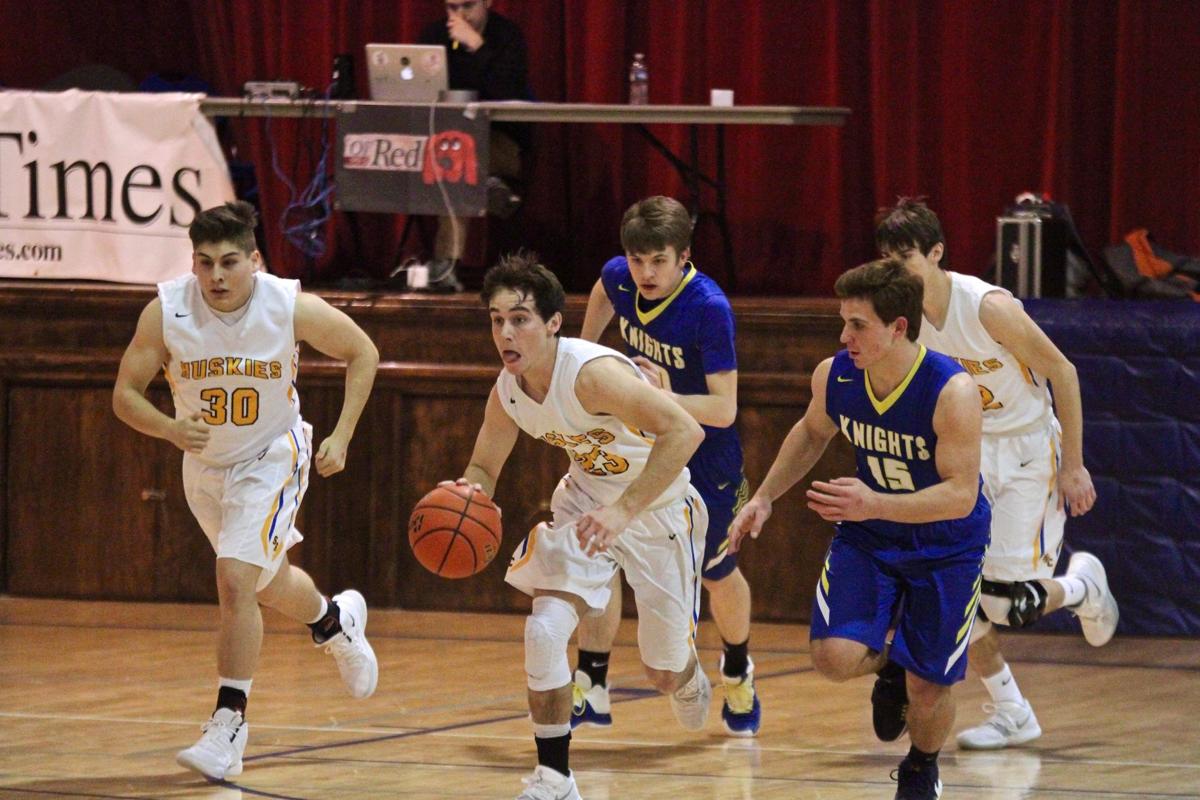 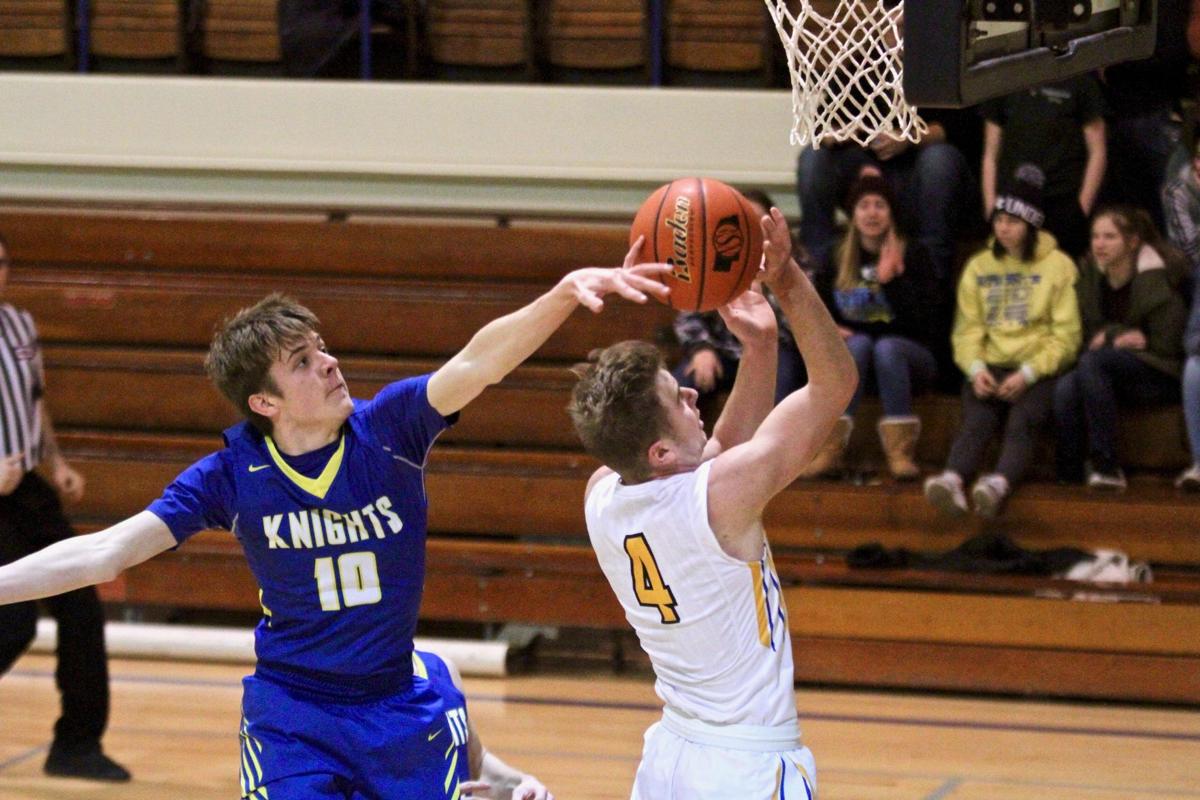