But the No. 8 seed and No. 10 rated Centennial girls’ are not playing Crofton’s tradition, they are lacing up their shoes to take on the No.1 Crofton Warriors who at this point of the season are on even terms with the Broncos and both teams need three wins to hoist the Class C-2 Championship trophy.

Centennial (23-2) will be making their first state tournament appearance since 1999 while the Crofton Warriors have been at state 15 of the last 17 years and have won eight state titles since 2005.

The Class C2 first round game is slated to tip-off today at 11 a.m. at Lincoln Southeast High School with the winner advancing to a 6:15 game at Pinnacle Bank Arena on Thursday. That would be against the winner of No. 4 Bridgeport and No. 5 Lourdes Central Catholic.

“They have a rich history in competing for and winning state titles, but that doesn’t matter in our matchup as we are only trying to be one point better than them on Wednesday around brunch time at Lincoln Southeast,” said Polk. “We are excited to prepare to play the best of the best.”

The Broncos are a senior laden team who has been through the big games over the past several years and with that type of leadership they have the confidence that they can compete with anyone in the tournament.

Another senior Daylee Dey, a 5-foot 10 inch senior averages 6.4 and she is tied with Hirschfeld as the team leader in assists with 62.

Crofton has two players who score in double figures, led by 5-foot 9 inch senior guard Lacey Sprakel who puts up 17.5 points and is the team leader in rebounds at 6.4 per game. Another senior Kaley Einrem puts up 10.2 points and junior Ella Wragge is averaging 9.3.

Crofton is on an 11-game win streak and their only loss in Nebraska came to D2 No. 1 seed Humphrey St. Francis. The Warriors also lost games to teams from Iowa and South Dakota.

Polk said he expects to see pressure from the Warriors defense.”

“Crofton likes to press and mix up their defensive games both in the full court and half court. The Warriors are really fundamentally strong. Almost robotic/machine-like,” Polk said. “They have a really good post player who isn’t very tall, but is incredibly crafty.”

The Broncos only two losses on the year have come to Malcolm and Cross County who just missed out on qualifying for state. The two teams do not have a common opponent this year.

“We have to get back in transition and have to minimize turnovers,” Polk added. “We have to be strong with the ball and win the transition game both offensively and defensively.”

Which men's college basketball programs should we keep an eye out for next season?

Which men's college basketball programs should we keep an eye out for next season?

Nebraska's next NCAA volleyball tournament match will be on TV

The Huskers will play Baylor in Sunday’s third-round match at 1:30 p.m., one of four Sweet 16 matches selected for TV.

OSCEOLA - Cross County junior Josie Noble has won 15 of the 16 events in which she has competed this spring, including four at the High Plains…

CENTRAL CITY - The York boys and girls track and field teams combined to win a total of 14 events Tuesday during the Central City Triangular.

HENDERSON-The Hastings St. Cecilia Bluehawks won seven of the 17 events at the Heartland Invite on Tuesday and rolled to a convincing 45 point…

GRAND ISLAND – The Dukes of York boys soccer stand two up and none down on the season so far against Northwest High School.

GRAND ISLAND- The York Duke defense was up to the task in the first half, and went to intermission scoreless with the Northwest Vikings.

MILFORD-There were a lot of Centennial Bronco personal records set at the Milford Invite on Tuesday.

Bryson Benjamin is YNT Athlete of the Week

Last week York sophomore Bryson Benjamin lit up the Hastings Tigers with a pair of goals in the Dukes’ 4-1 win. Benjamin scored at the 31:15 m… 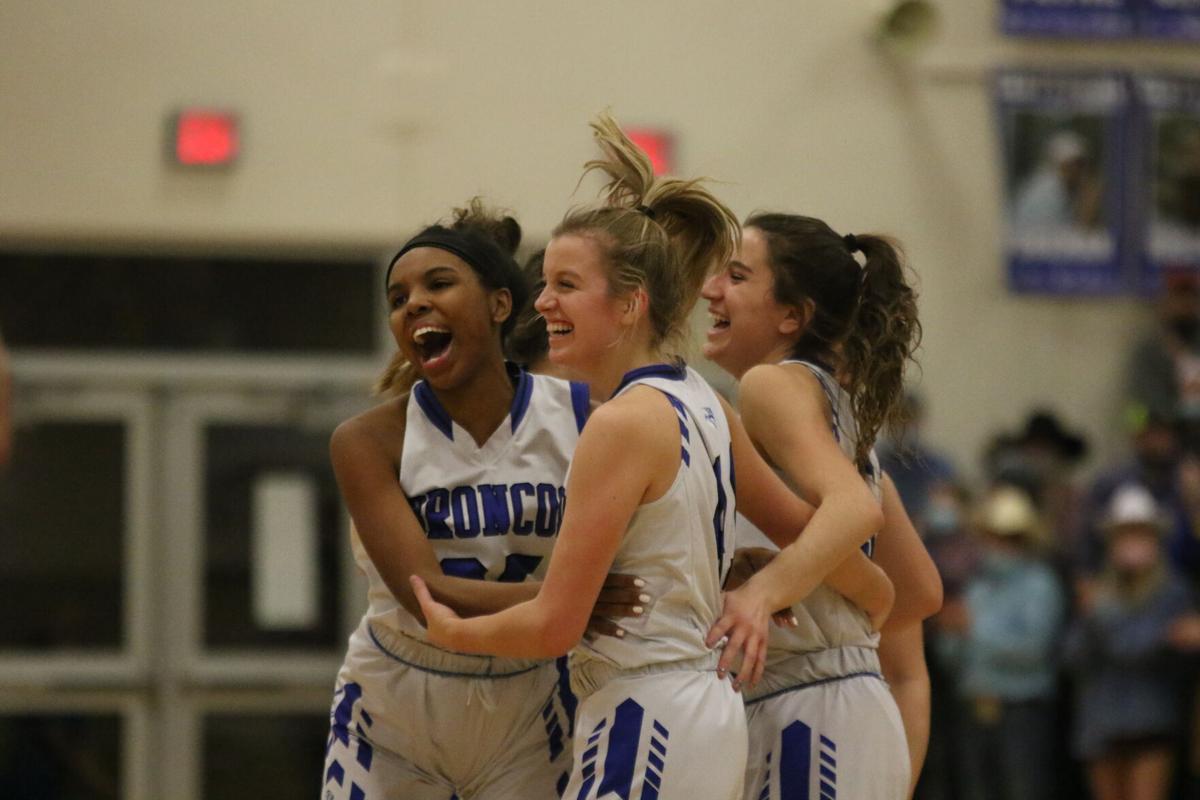 The Centennial girls celebrate their Southern Nebraska Conference championship win over Sutton the first week of February. The Broncos will take on the No. 1 Crofton Warriors today at 11 a.m. in the first round of the Class C2 State Tournament at Lincoln Southeast High School. 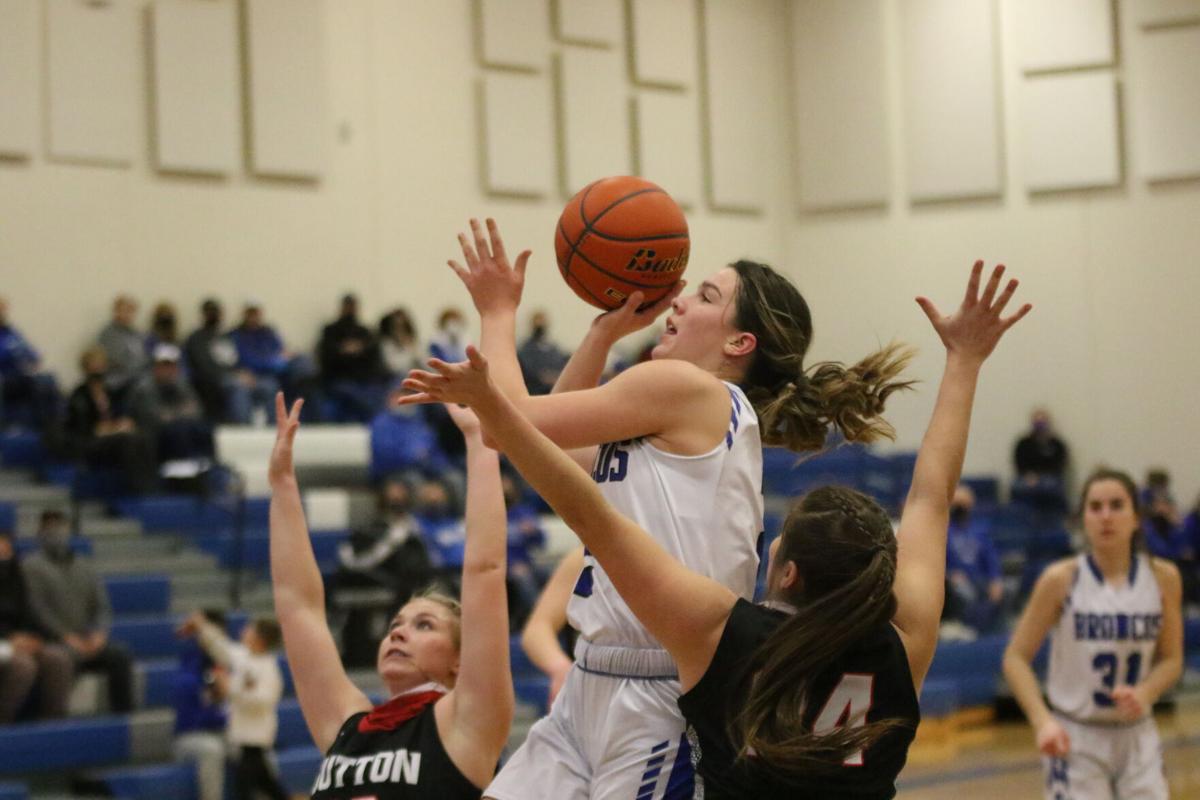 Senior Kate Hirschfeld has led Centennial in scoring all season long with a per game average of 13.4 points. She is one of nine seniors who don’t want to see their careers end until Saturday. 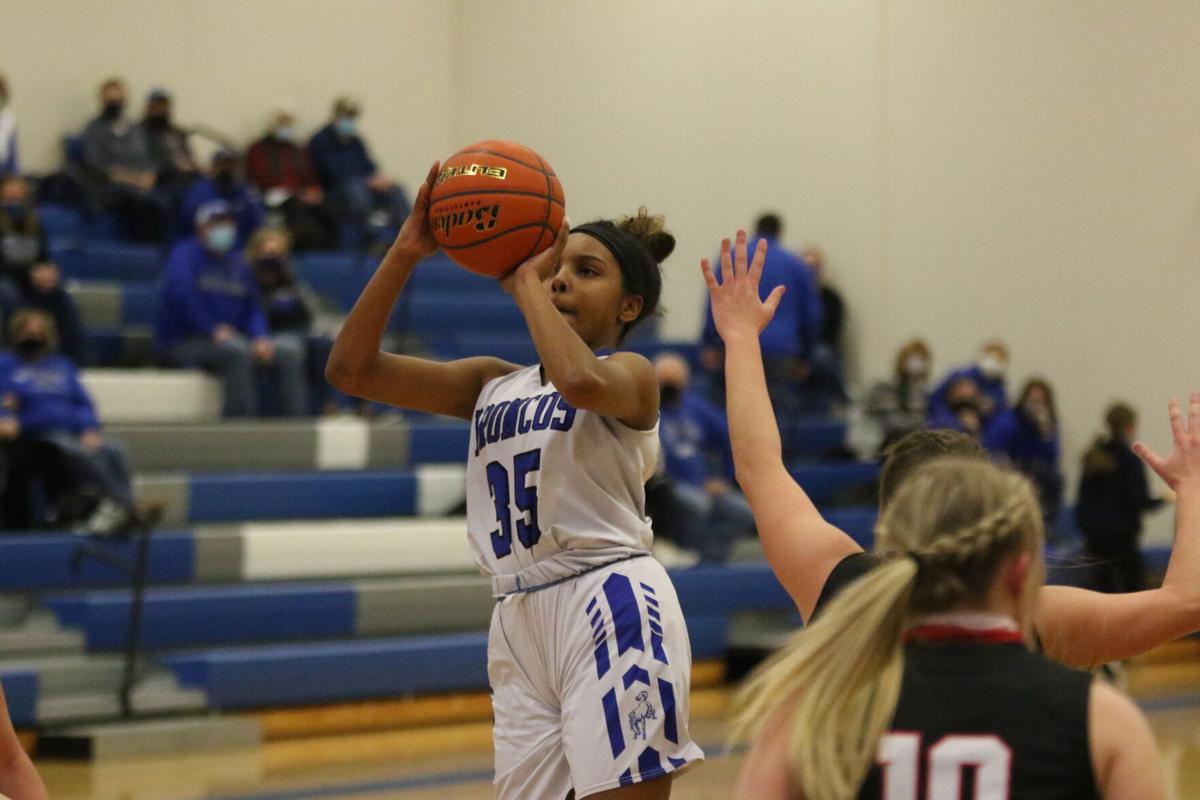 Broncos senior Asia Nisly is healthy and ready to help Centennial make some noise at the Class C2 State Tournament. Injuries over the last two seasons have kept Nisly on the bench. The senior is averaging 9.3 points and 5.5 rebounds.