WACO – The High Plains fans were feeling pretty comfortable on Friday night with their Storm on top of the Nebraska Lutheran Knights 34-14.

But it didn’t last.

Nebraska Lutheran (3-4) erased the 20-point deficit with a 36-0 second-half run as it defeated the Storm 50-34 in Friday night district action.

Knights’ senior quarterback Nate Helwig accounted for 370 yards of total offense with 279 through the air as he completed 26 of 51 passes with four touchdowns.

The Storm used two scoring runs by senior Tanner Wood, who led the Storm ground game with 112 yards on 23 carries, while quarterback Javier Moreno opened the scoring on an 8-yard run and finished with 92 yards on 20 rush attempts.

The other touchdown was provided by junior Trevor Carlstrom, who finished with 11 carries for 62 yards.

Helwig’s big target in the Knights’ passing game was 5-foot-10 sophomore Trevor Hueske, who had 17 receptions for 157 yards and a touchdown. Another sophomore, Trey Richert, had six catches for 89 yards.

On defense for the Knights, sophomore Jace Dressel and Hueske had 11 tackles each, while Ben Vogt, a junior, and senior Brennen Cross finished with nine stops. Nebraska Lutheran forced four High Plains turnovers as Hueske had a pick-six; Helwig recovered two fumbles and Dressel had one fumble recovery with a 65-yard return.

High Plains (1-6) was led on defense by Carlstrom with 12 tackles while both Lane Urkoski and Wood had 11 stops each.

Nebraska Lutheran will travel to Fullerton this Thursday while the Storm will host Osceola in a reunion between players who teamed up in 2019 to win the Class D-1 state championship as the Osceola/High Plains Stormdogs.

UTICA — A match last year may have set the tone for Tuesday night’s C2-7 subdistrict final between the Centennial Broncos and Cross County Cougars.

McCool Junction gears up for second go around with Parkview Christian

MCCOOL JUNCTION-Every game this year the McCool Junction Mustangs had their football game won by halftime.

Dukes rip momentum away from Huskies for 3-1 victory

McCool Junction gears up for second go around with Parkview Christian 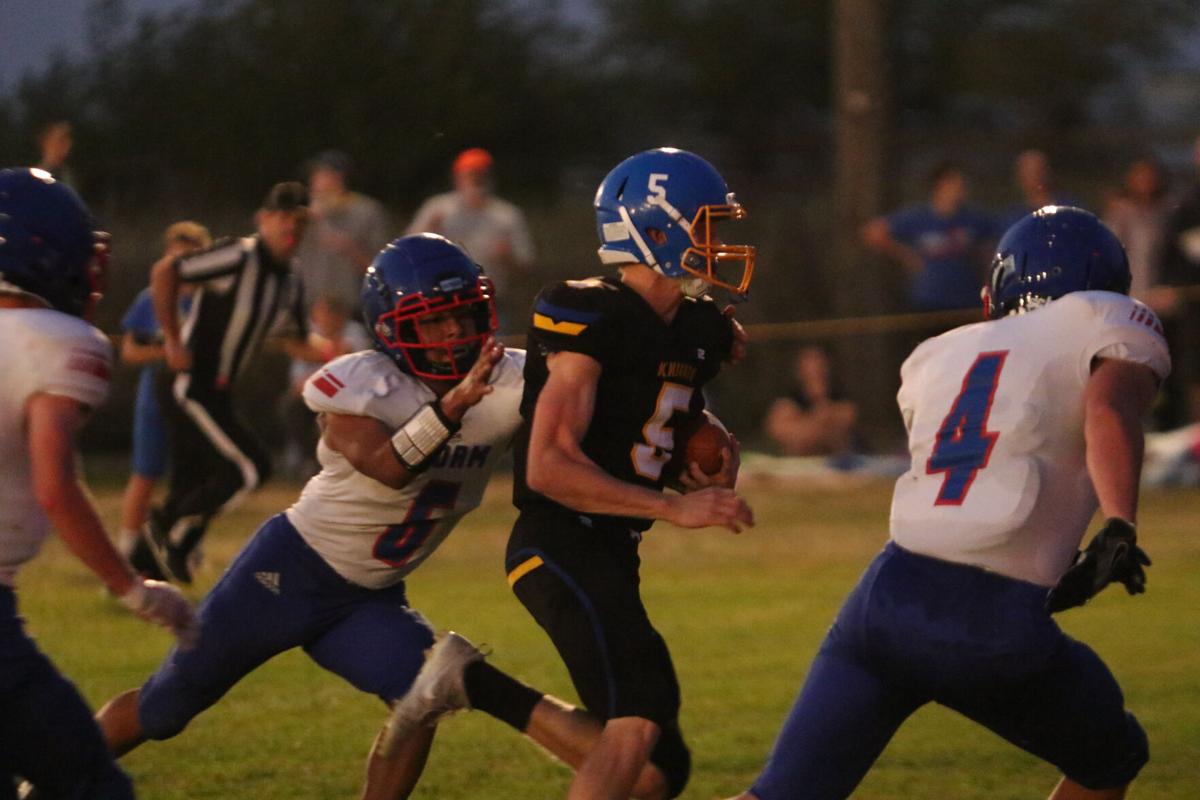 Nebraska Lutheran senior Nate Helwig splits the High Plains defense as he scores a first-quarter touchdown in the Knights’ home game on Friday night. Helwig rushed for 91 yards and threw for another 279 in Nebraska Lutheran’s 50-34 win on Friday. 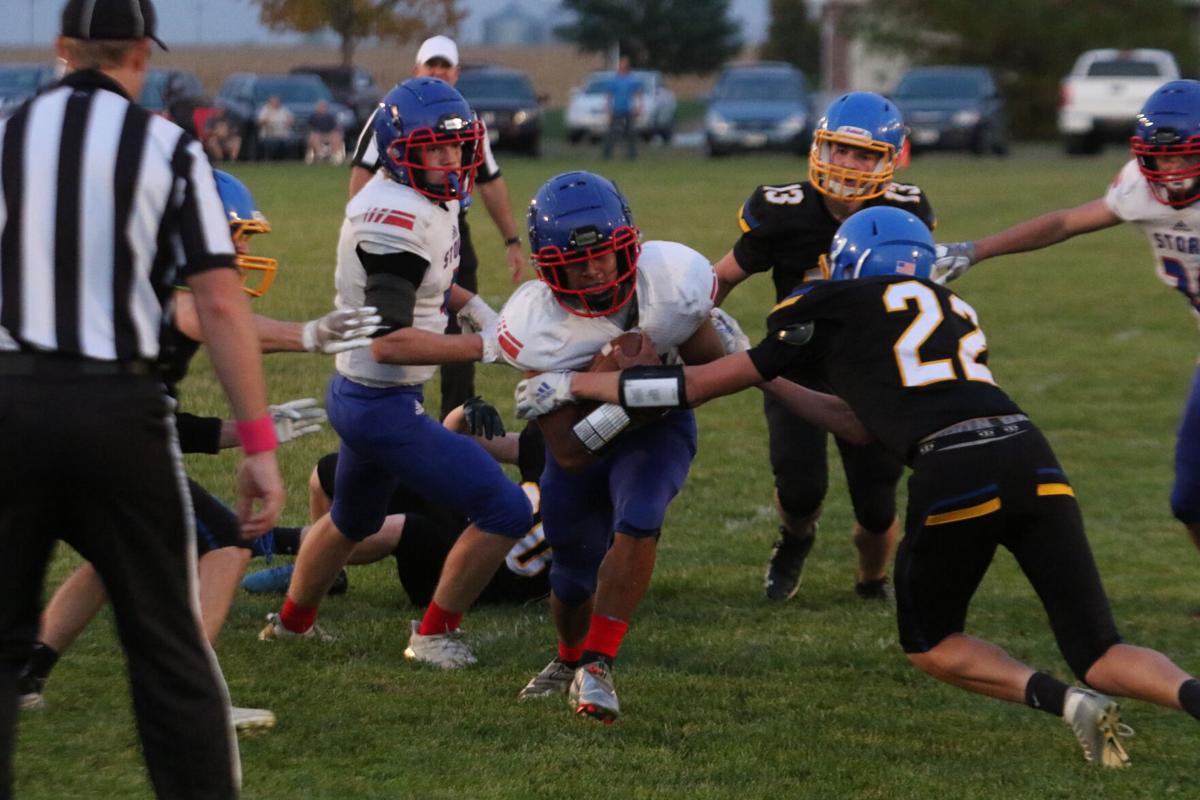 High Plains’ junior quarterback Javier Moreno scored on this 8-yard run for the Storm in the first quarter of Friday night’s game at Nebraska Lutheran in Waco.