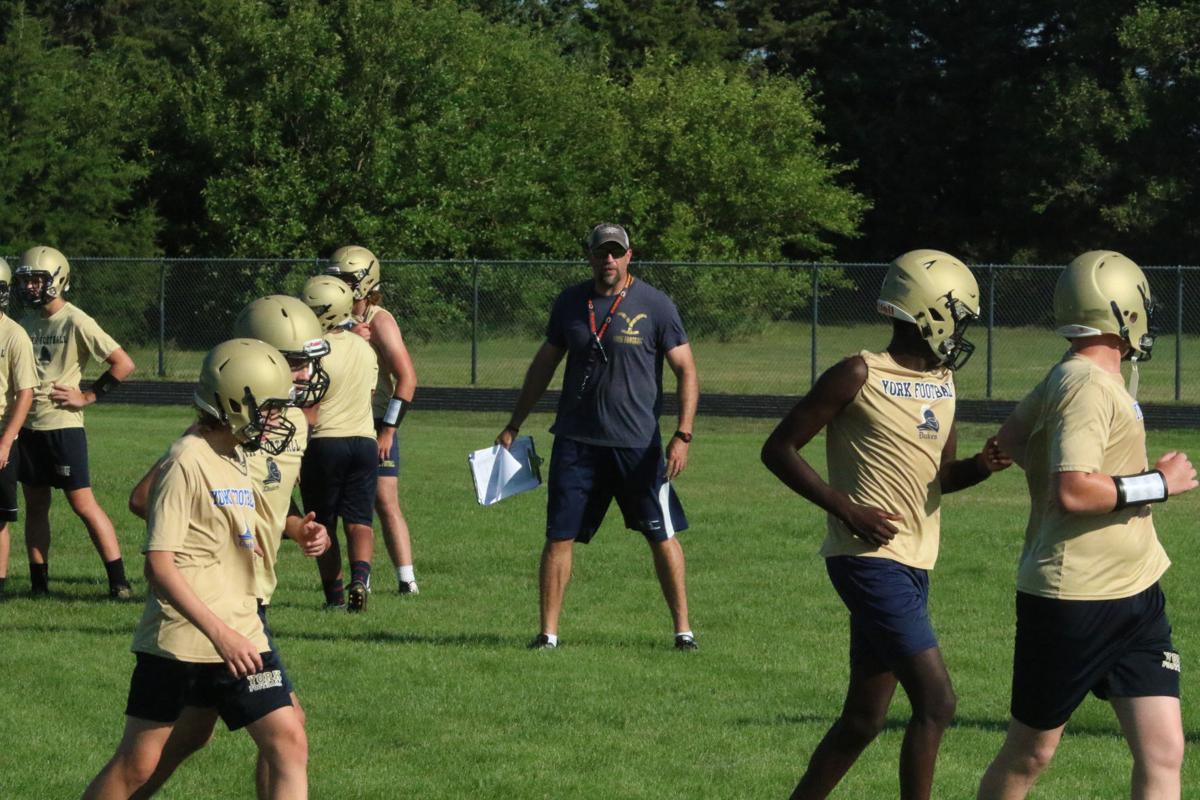 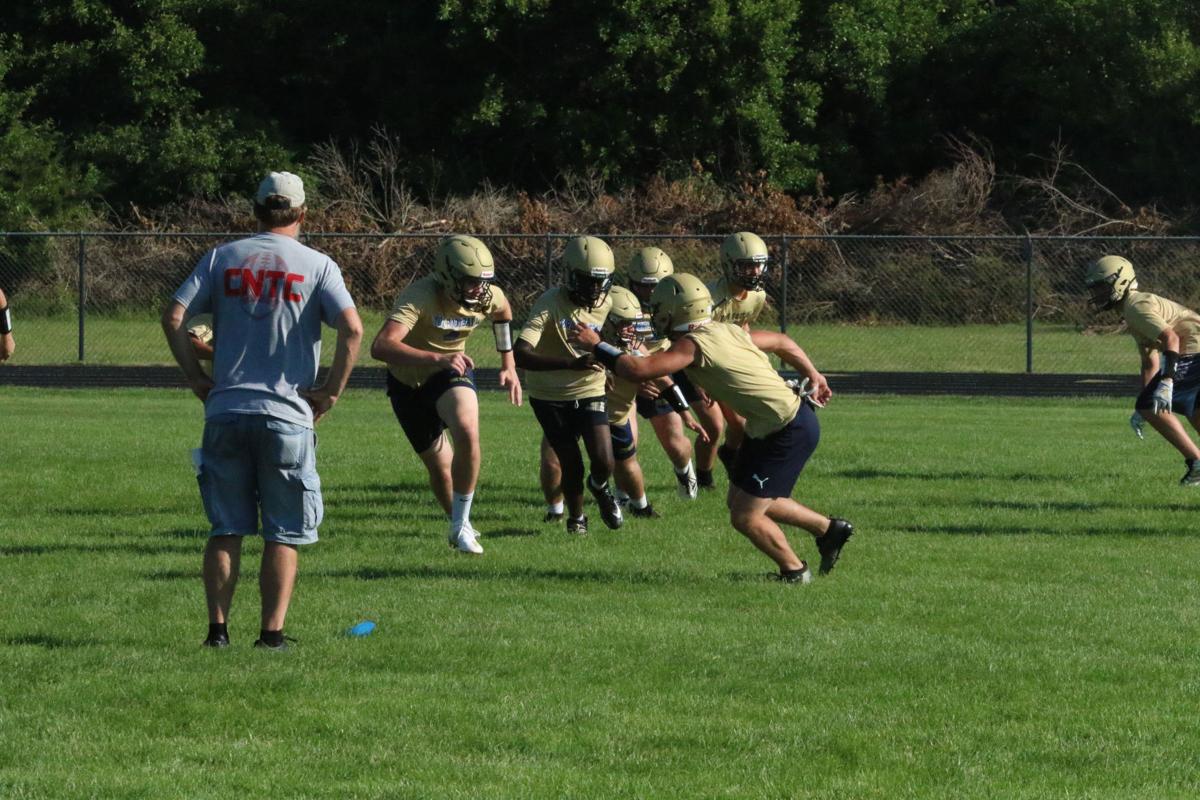 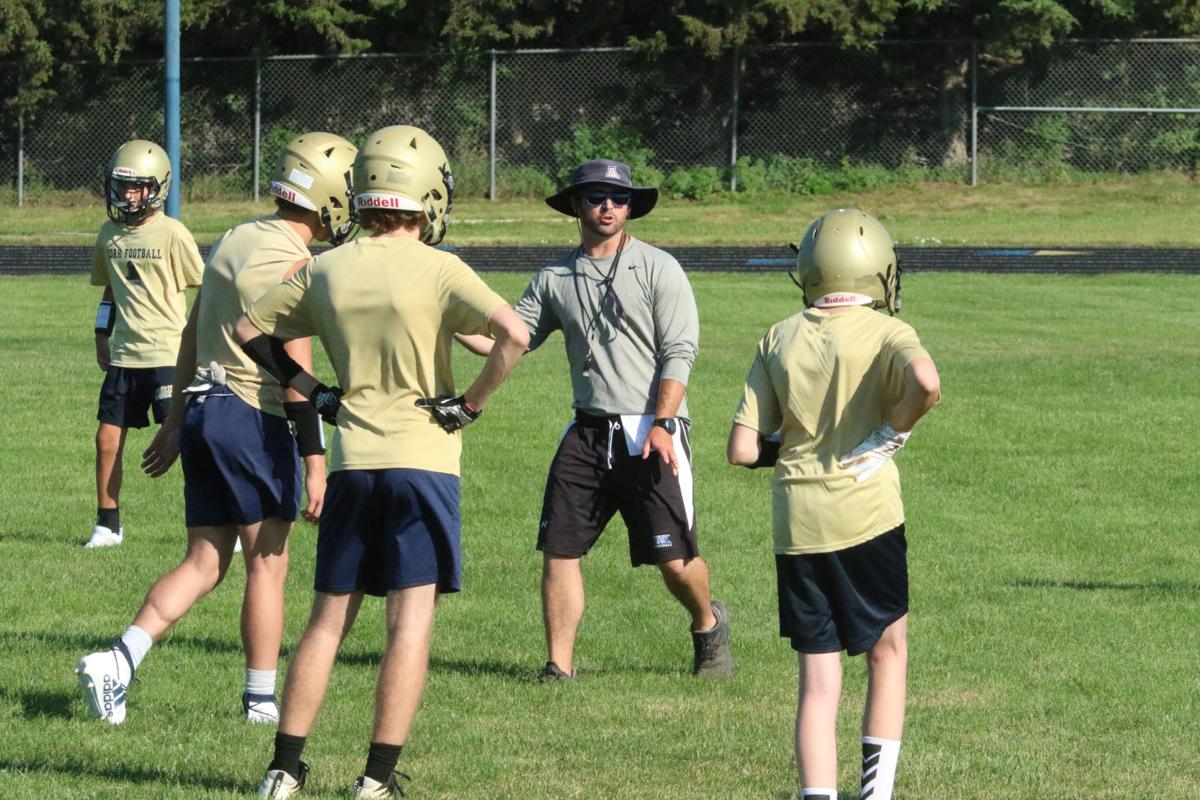 YORK – Things can change in the blink of an eye and while all systems are go for an August kick-off to the 2020 Nebraska High School Football season, the COVID-19 pandemic has not gone away.

The York Dukes are having their annual team camp this week at the York High School football field and head coach Glen Snodgrass and his staff are covering a lot of information that would have been covered earlier during the off-season.

“Usually by now we have had our 7-on-7 camp, and a few other camps and this camp is usually just a review of what we have been working on the entire summer,” Snodgrass explained. “This year it’s a lot different and we are learning and going over a lot of things we have not covered to this point in the off-season.”

While the Dukes are a bit behind in their preparation, every other team is in the same boat. Snodgrass said York has some returning veteran players which will help a lot.

“Last year we came into the season with a clean slate, a lot of new players,” Snodgrass said. “This year we return some experience and are probably ahead of the curve a little bit.”

The first stage of the NSAA opening up practice facilities, camps and summer leagues came on June 18. That included all NSAA sanctioned events with the exception of football, wrestling, basketball and soccer.

The NSAA eventually released their restrictions on those sports as well and for now preparation for the fall sports season is in full swing across the state.

Snodgrass added that the next several weeks will be a key as to whether or not the fall season will actually take place.

“I have been very pleased with the way the NSAA has handled things. They don’t have all the answers and Governor Ricketts doesn’t have all the answers either,” Snodgrass said. “I think the NSAA has done a great job of keeping us informed and letting us know what is going to happen. This has not been an easy time for them and I really feel they have done a great job.”

“The NSAA came out and said that we are proceeding ahead with the season and unless they tell us different that is how we will approach things,” Snodgrass added. “Of course that could all change if there is a spike in the number of cases or deaths in Nebraska, but for now we are looking ahead to the season and getting ready as if there will be one.”

Snodgrass said the kids have good attitudes about the season, but at the same time they also realize things could change. The coach also feels that having a fall high school sports season is important for everyone.

“I think it’s not just important for the kids, but for the coaches and the community as well that we have a fall sports season,” stated Snodgrass. “The kids went a long time without being able to see their friends and if they didn’t play a winter sport and missed out on spring, it’s been quite a while since some of the kids have been around their teammates. Kids spent a lot of time alone during the crisis. I hope that we get the season in, but realize there are no guarantees.”

Players unite in push to save college season, create union