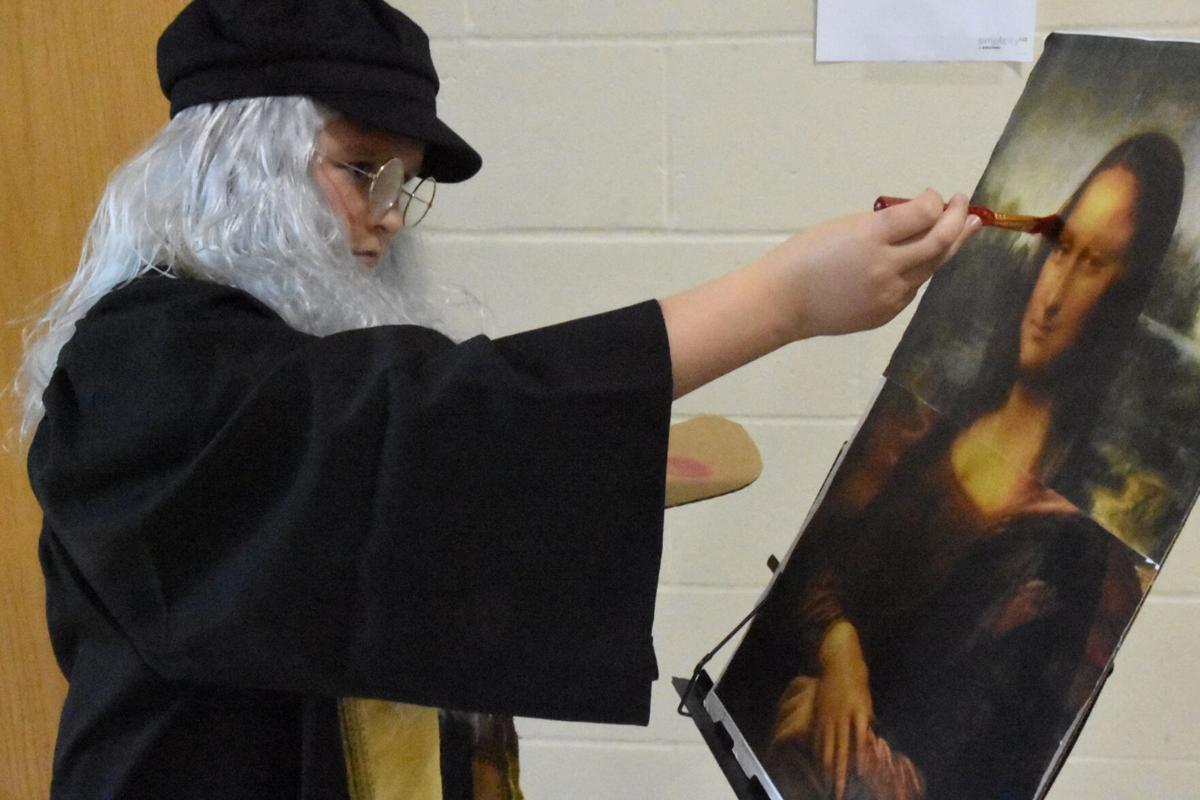 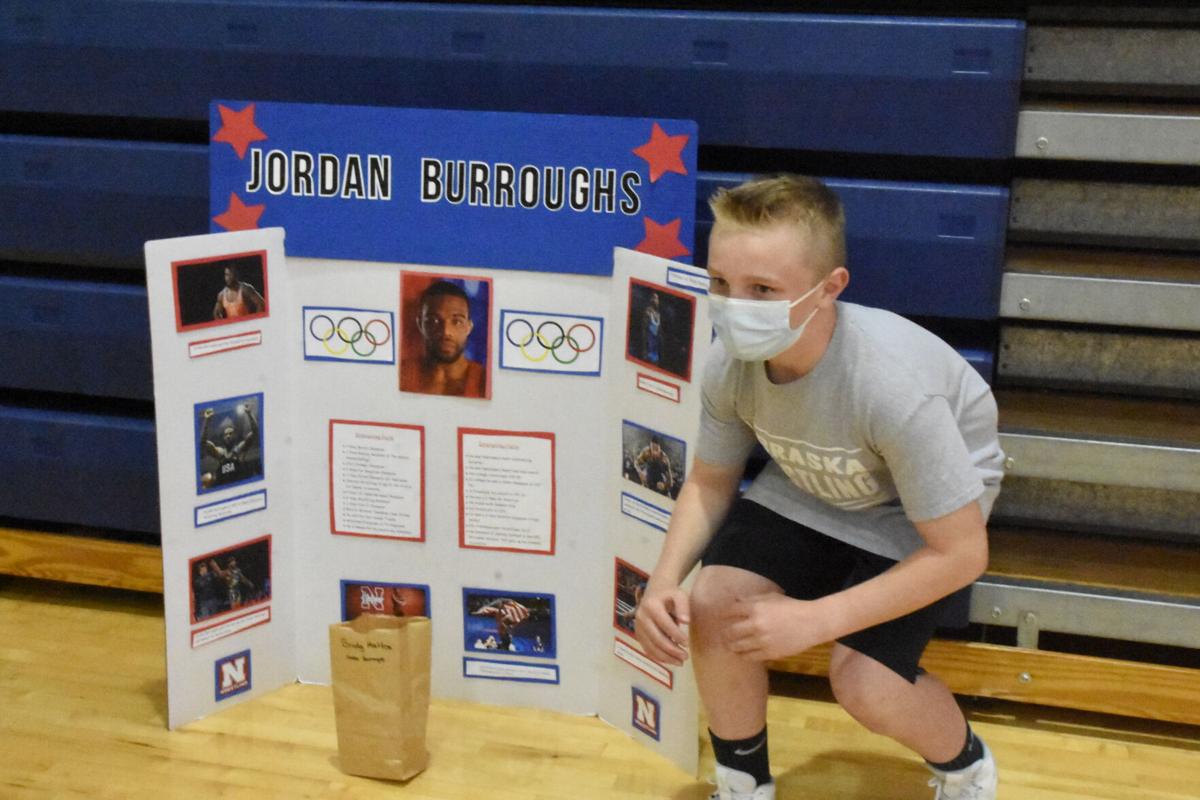 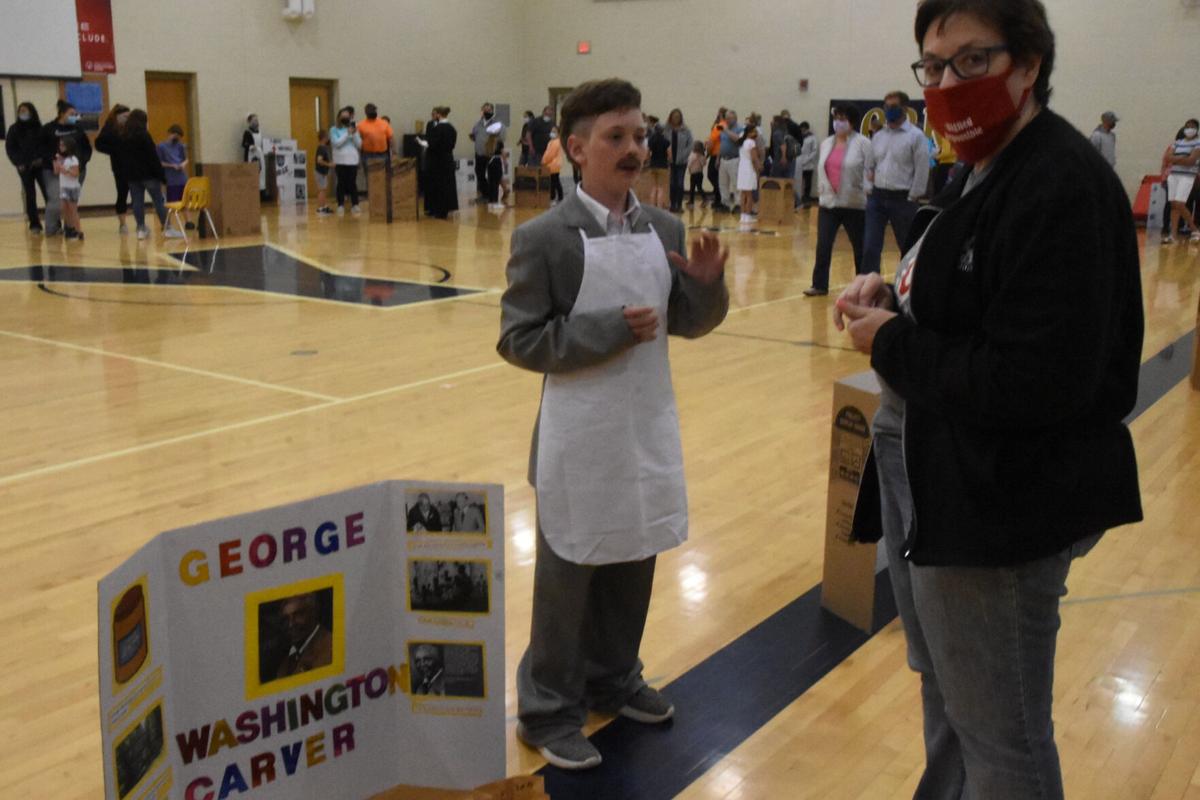 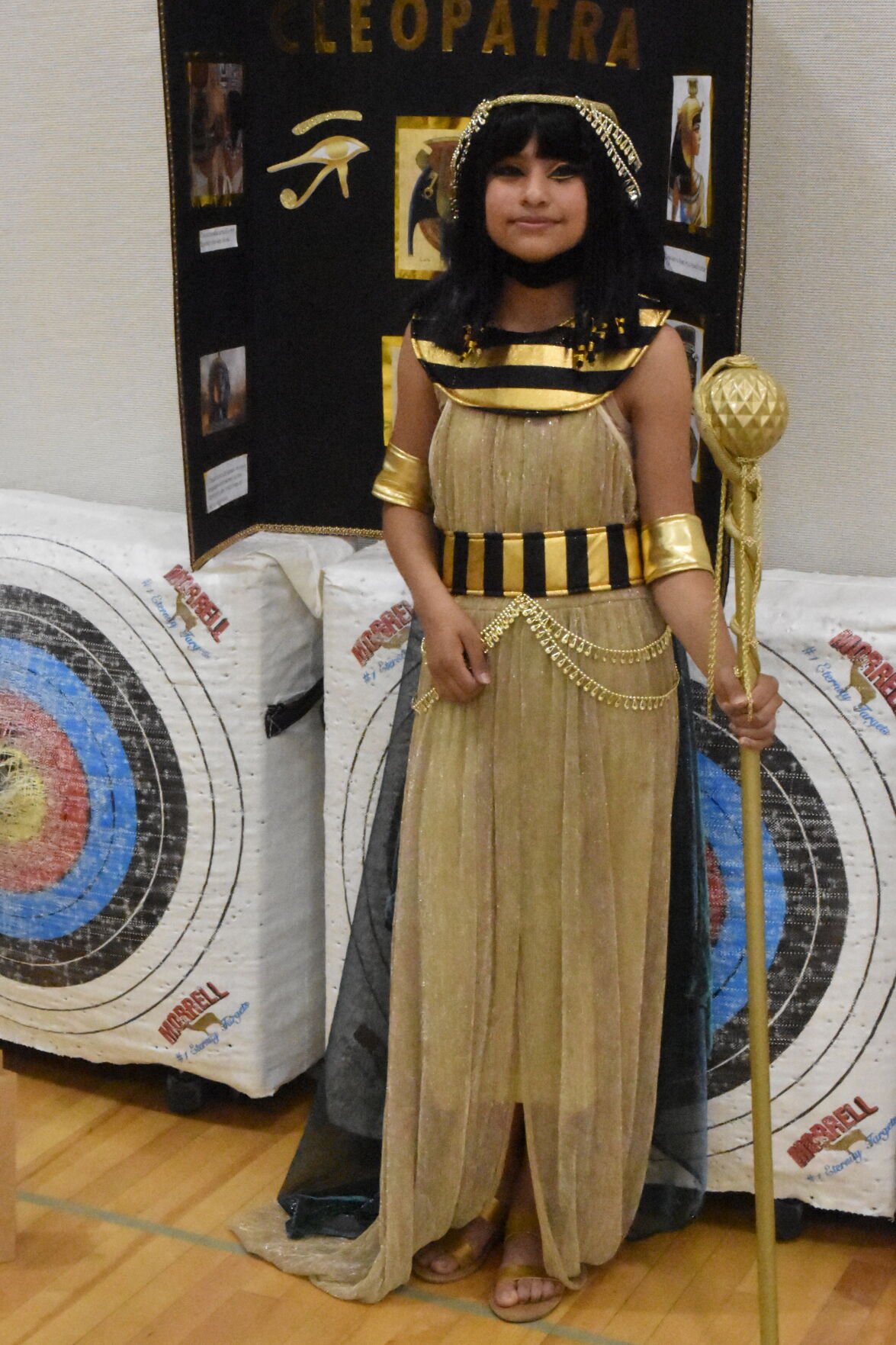 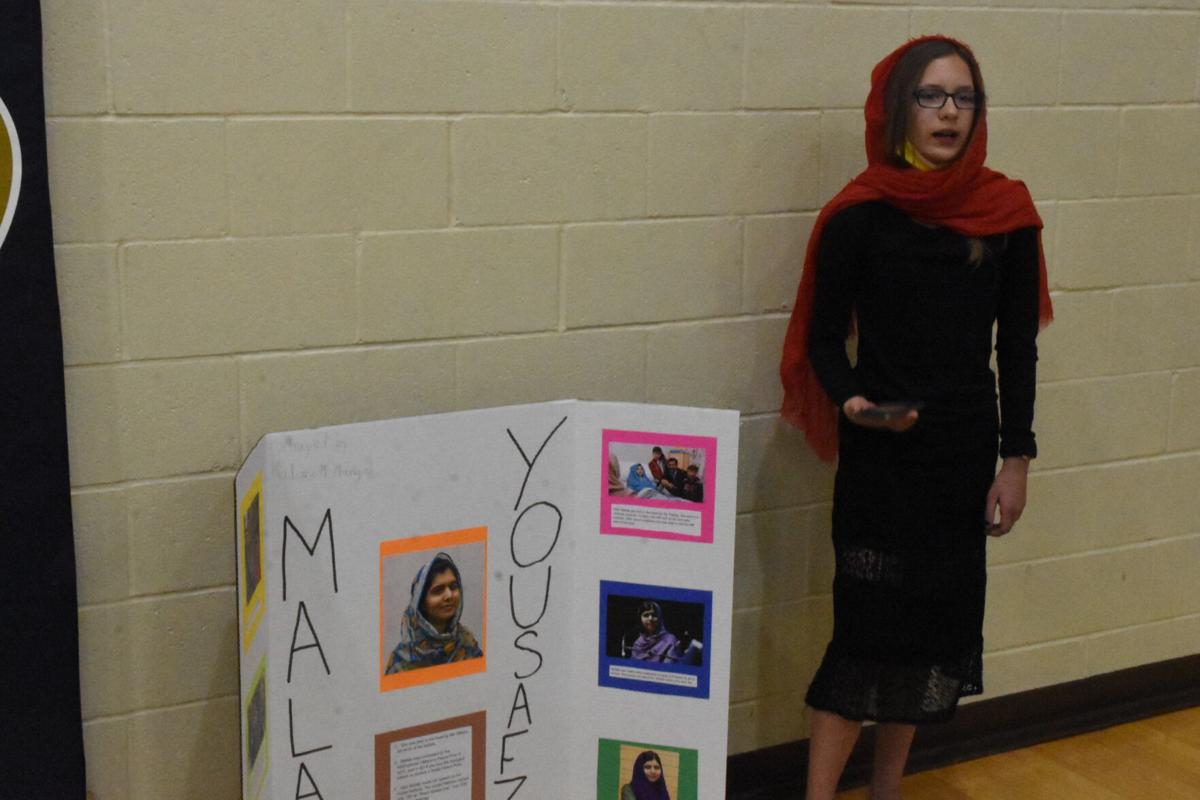 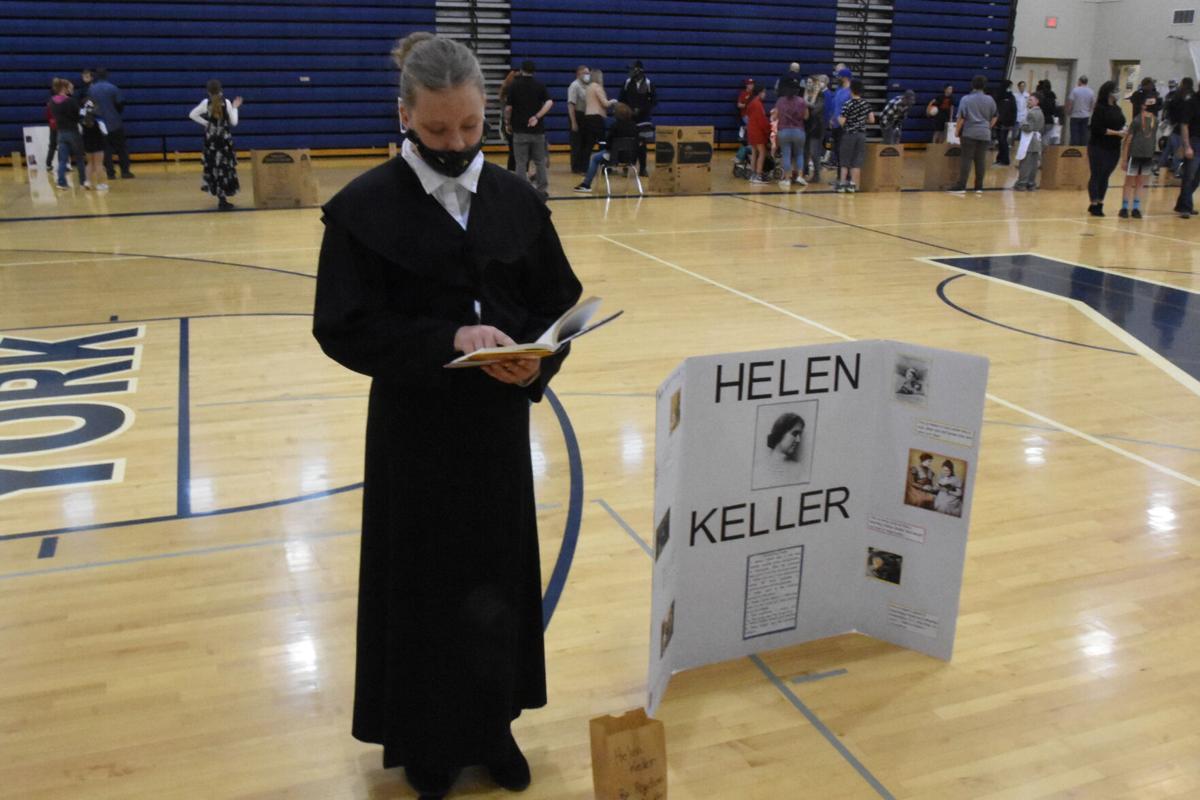 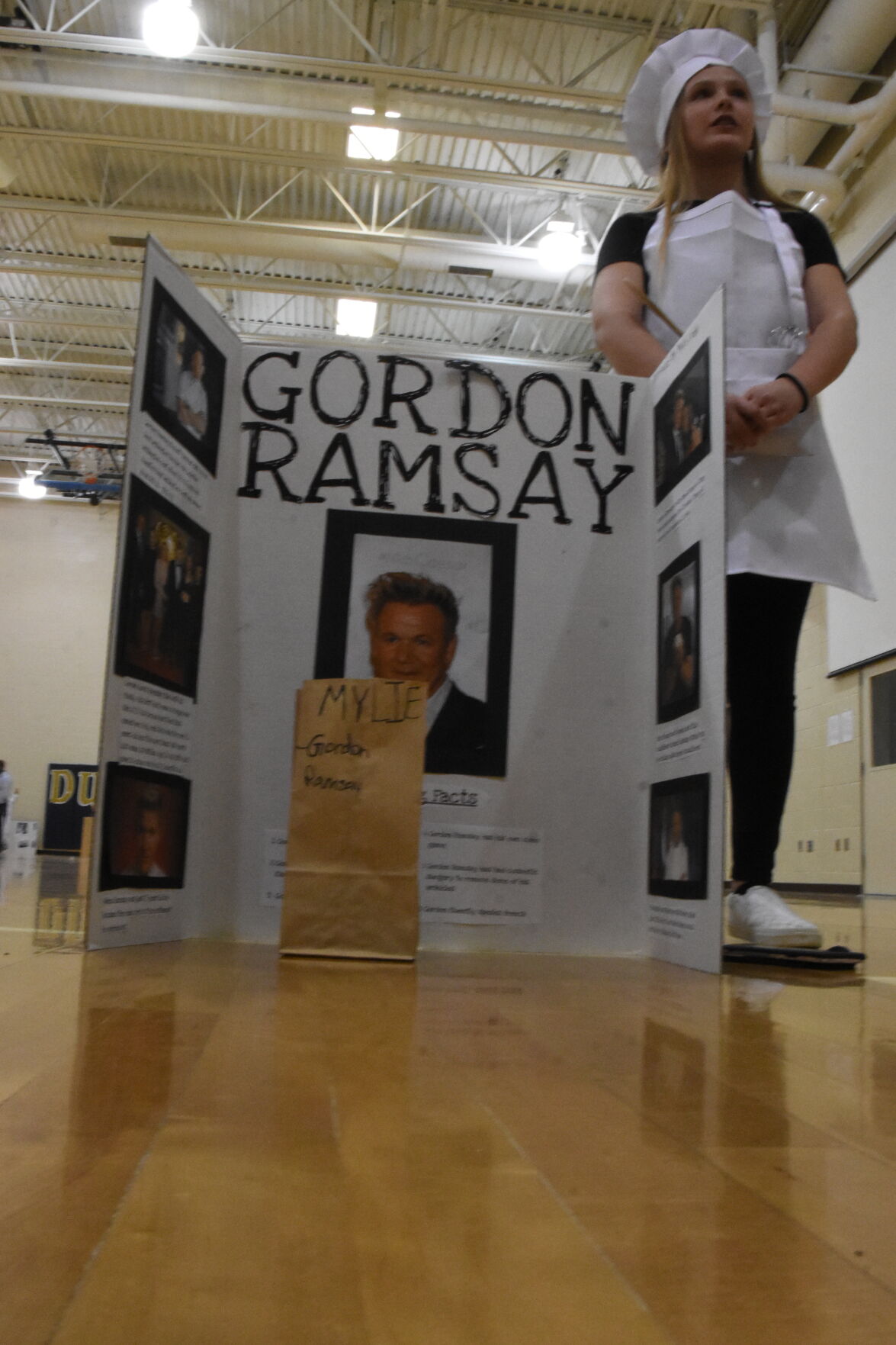 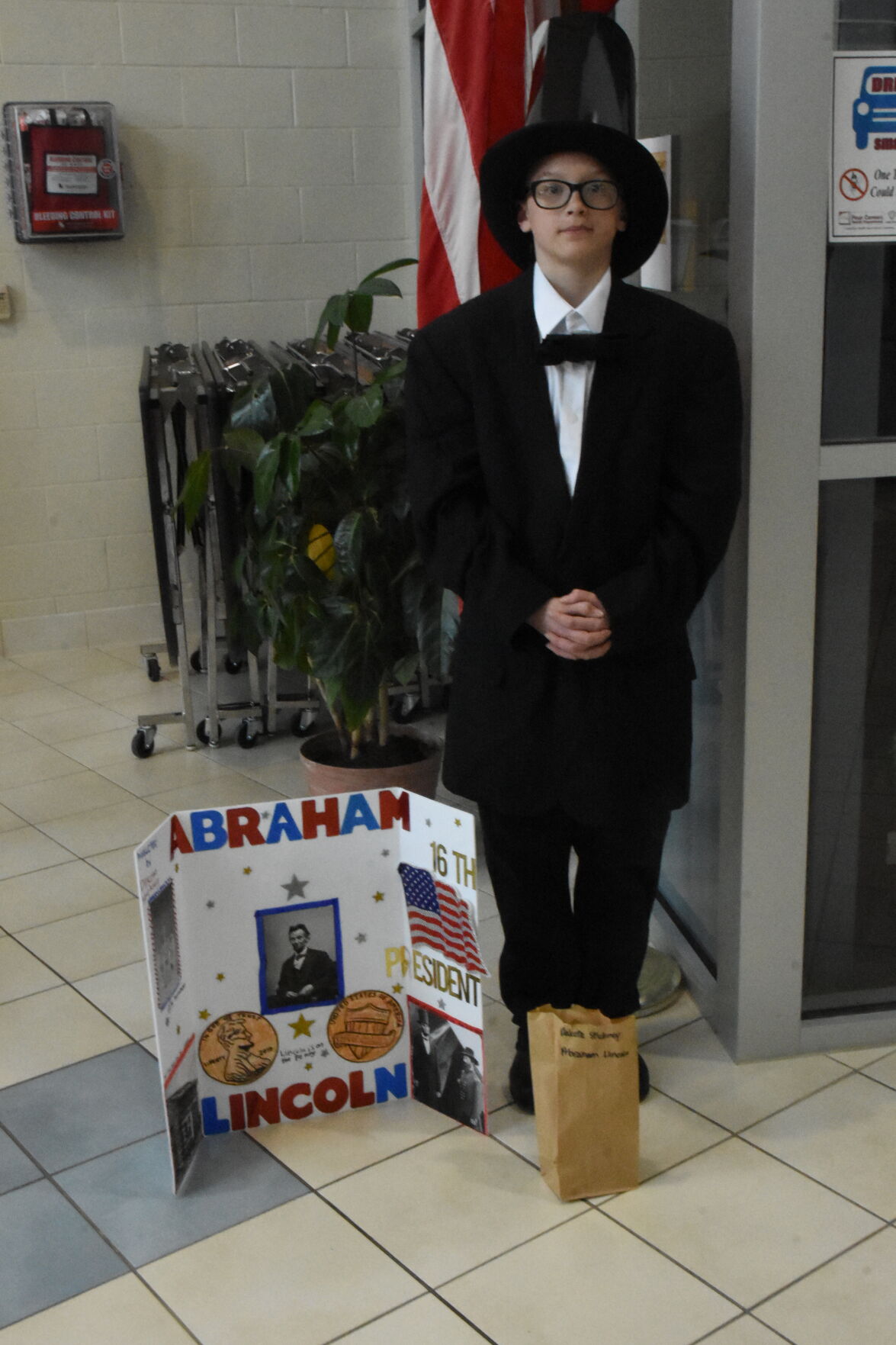 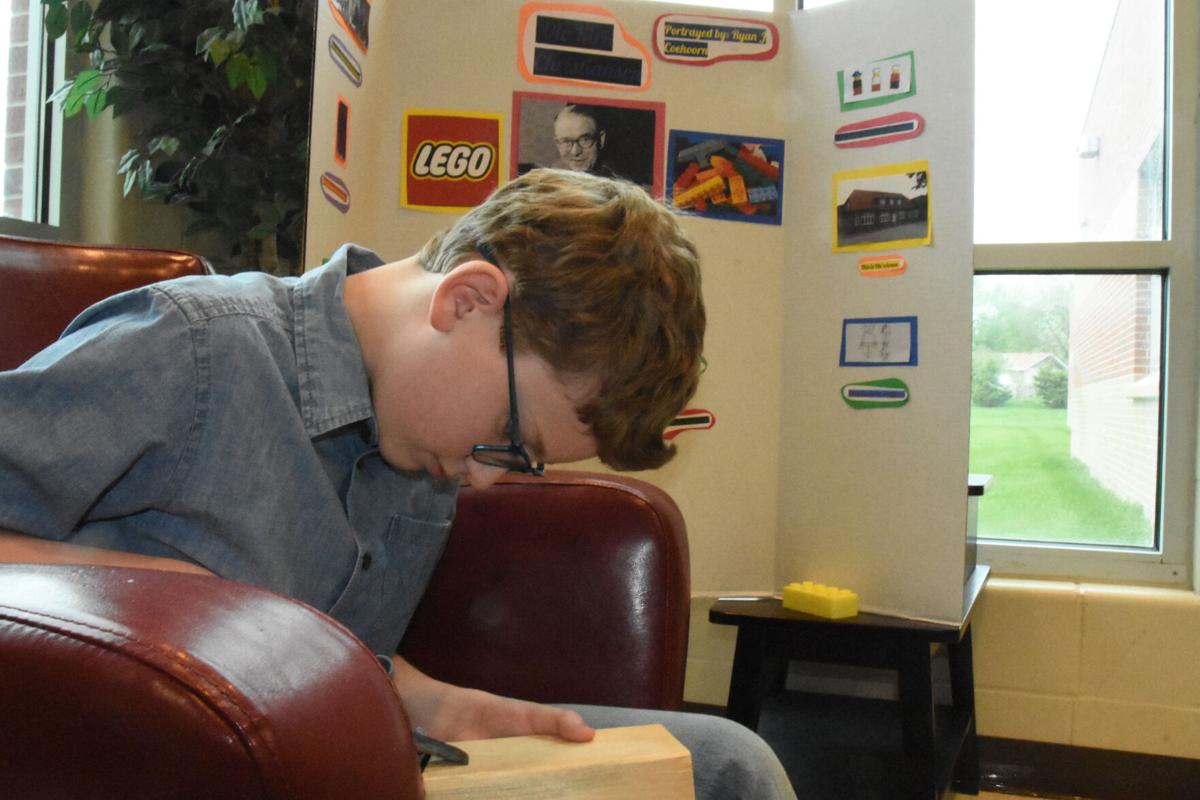 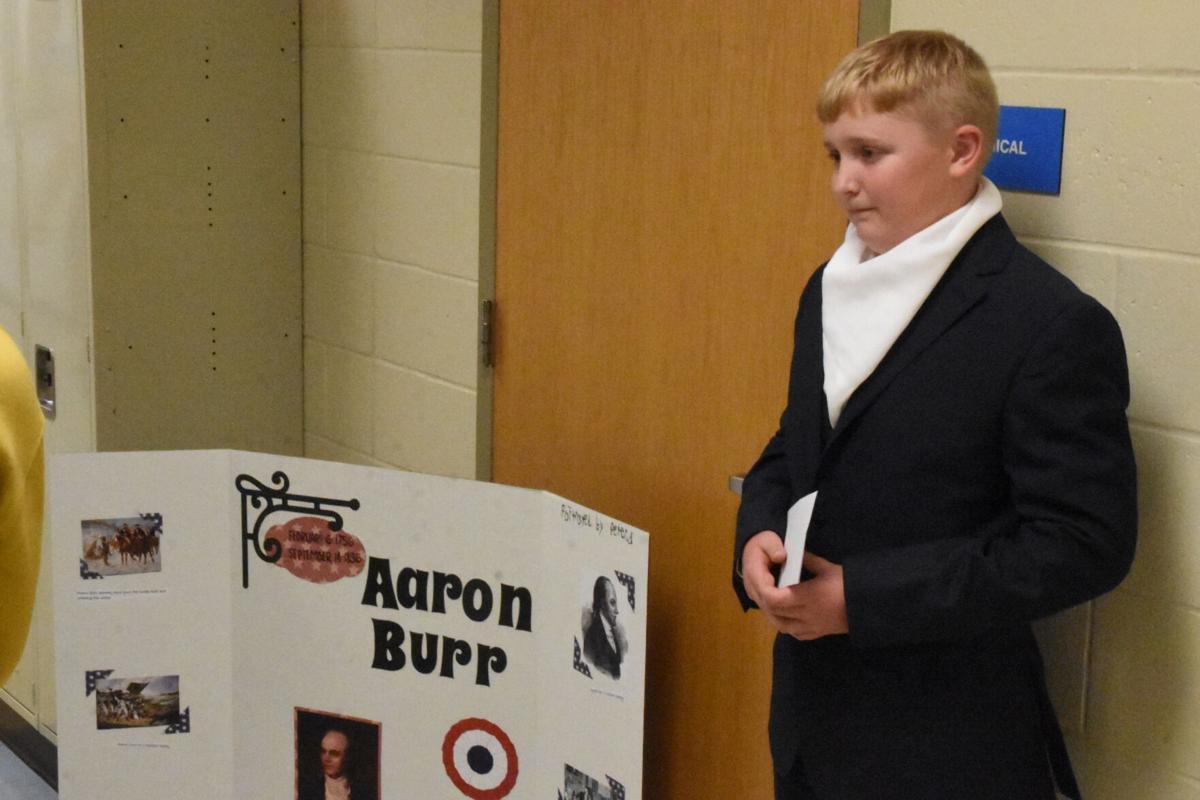 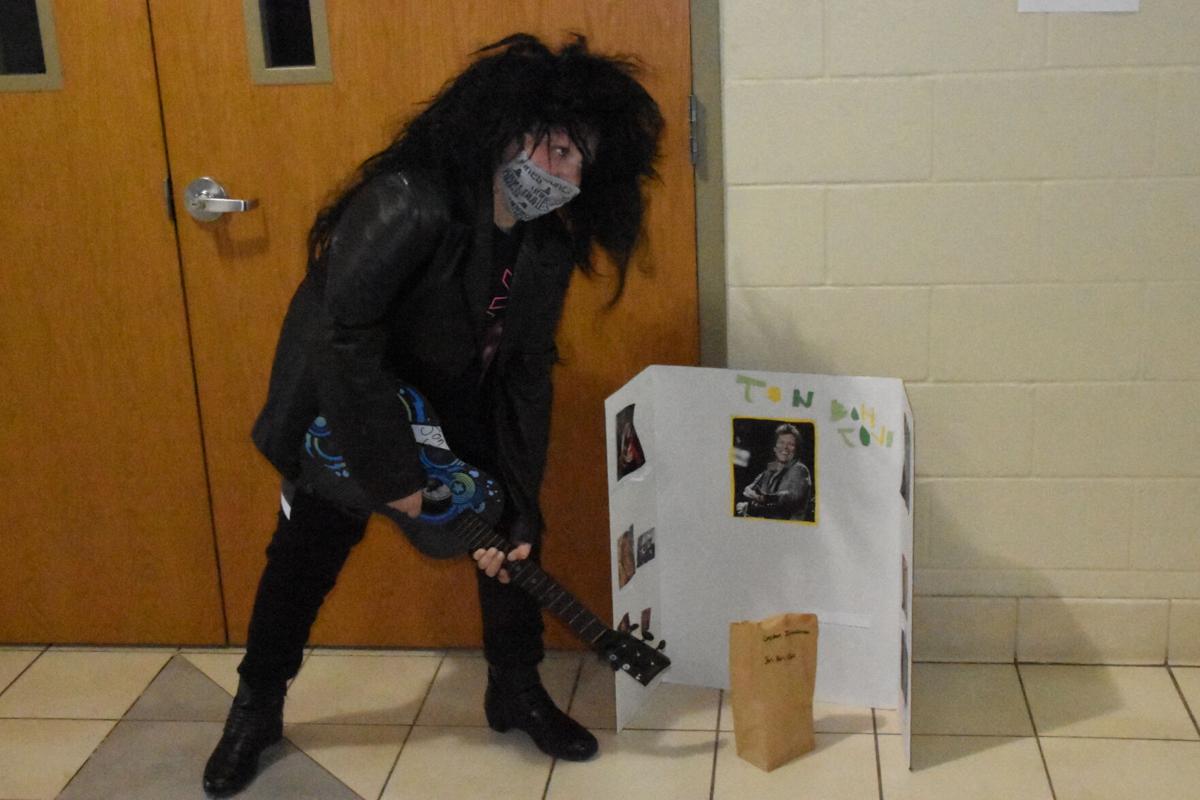 YORK – From beginnings in 2009, YMS teacher Matt Kern and his students have grown the annual Wax Museum into a major spectacle.

Proof of that truth was everywhere earlier this week; from halls jammed with costumed young impersonators surrounded by a moving mass of parents, grandparents and siblings, to streets jammed with cars as much as two blocks or more from the building.

The project is a labor of love for Kern. The veteran middle school teacher, coach and youth mentor explains how it works this way.

“Our sixth graders are given the opportunity to choose someone who has had a positive impact on society, research the person and become the person for the wax museum presentation. When parents or community members come watch the performance, we encourage them to bring coins, drop the coins in a bag for the kids and they will perform,” not unlike museum exhibits.

“We started the Wax Museum project in the late 2000s, 2009 I believe, but turned it into a community event in 2012,” Kern explained. “We used to only present to the student body during the school day. In 2012, we decided it would be fun for parents and people in the community to give it a look.”

He continues, “We originally researched only scientists and inventors as part of our Science Curriculum. Over the years it has turned into much more. We open it up to anyone who has had a positive impact on society. Kids spend three weeks researching, writing a script, creating a storyboard and finding props and an outfit.

“The idea of turning the Wax Museum into a donation also came in 2012 when former YMS principal Brian Tonniges and I were talking. We thought it would be a fun way to show the kids the importance of giving back to the community. We decided to put out bags for people to put money in and have the kids come to life. I had the kids vote on where they wanted to donate the money. We chose from only local options,” he said. “It was decided in 2012 to donate to the York Pride Pack Program at York Elementary School. The York Pride Pack uses the money to put food items in backpacks for kids in need to take home from the elementary school. A lot of the kids in our sixth grade class help put the food in backpacks when they are fifth graders at YES. We have decided to keep it with Pride Pack each year.”

Response to the fundraising aspect was as immediate as it was impressive.

“That first year we raised $625. We couldn't believe how much money we could donate to the Pride Pack from people putting coins into bags. The next year in 2013 we raised $400. In 2014, we had an anonymous donor come forward to match all donations up to $1000.”

Here are the annual totals.

“After seeing this year’s sixth graders perform, the current seventh graders were so disappointed they didn't get to participate,” last year, said Kern.

“Counting this year's donation to Pride Pack, Kern said, “we are nearing $15,000 total given to this program by our sixth grade families and the community. We are very proud to be able to do this each year and so grateful for the amazing support from so many people in York.”

Pfizer shot expands to US children as young as 12

Man with gun in York convenience store will be re-sentenced

YORK – James E. Williams, 47, of York, who was given probation in a case involving his trying to sell a stolen gun in a York convenience cente…

Gunman kills 6, then self, at Colorado birthday party

A man opened fire at a birthday party in Colorado, killing six people before killing himself.

YORK – The York County Commissioners passed a resolution this week which states their support of and dedication to protecting the Second Amendment.

Ditch right-of-way problems to be addressed with certain landowners

Council agrees to sale of land in industrial park

YORK – There was hardly any city-owned land left in the industrial park in York, as this area of the city has become nearly completely develop…

The state of Nebraska will get $111 million, with $46 million to the city of Lincoln and $62 million to Lancaster County.

YORK – There has been a slight uptick in new COVID-19 cases in York County, according to Four Corners Health officials.

'Goodness gracious': In a game that had it all, Huskers beat Rutgers in 13 to wrap up wild weekend