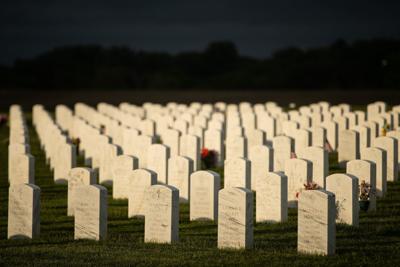 The youthful faces look back from the Remembering Our Fallen towers, a mix of uniformed portraits and smiling snapshots of more than 5,000 lives cut short by the long wars in Afghanistan and Iraq.

One tower in the traveling monument to America's post-9/11 military dead looks slightly different, the photos arrayed on a deep blue background instead of white.

The blue-backed pictures are of 183 young men and women who returned from battlefield deployments to hugs and kisses from relieved parents and spouses and kids — then weeks or months or years later, suffering from often invisible pain, they took their own lives.

The monument’s creators, Bill and Evonne Williams of Patriotic Productions, call it the PTS tower, for post-traumatic stress. They don’t use the word “suicide.”

“It’s heartbreaking to look at that tower,” Bill Williams said. “All of them are hard, but that one is the hardest.”

Tom and Donna Nicholson of Gretna saw the towers again at the event this past weekend in Omaha’s Old Market, and they know that feeling well. Their son, Marine Capt. Kevin Nicholson — who died Sept. 2, 2014, after four deployments to Afghanistan in five years — is on the blue tower.

“To see all the faces, the beautiful-looking people,” Donna said. “I think, ‘What a loss. What a waste.’”

Remembering Our Fallen is one of the few war memorials that honors warriors who succumbed to PTS alongside those who died on the battlefield.

Candy Martin, former president of American Gold Star Mothers, is an Army veteran whose son was killed in combat in Iraq in 2007. She agrees that those who died of PTS deserve recognition, too.

“We recognize that they died in service, or as a result of service,” said Martin, who marched in Omaha’s Memorial Day parade Friday, along with the Nicholsons. “It’s not how your child died. We focus on continuing the service that their sons and daughters didn’t finish.”

During the 2010s, the Williamses had created 14 traveling memorials for individual states with portraits of those killed in post-9/11 combat. From time to time, Evonne Williams said, they would get queries from Gold Star parents about including their sons and daughters who died of PTS.

When they created the national “Remembering Our Fallen” memorial towers in 2017, they created panels for PTS deaths as well as deaths in training accidents.

The top of the first blue panel describes post-traumatic stress: “Debilitating anxiety occurring after experiencing or witnessing a traumatic event; symptoms can include flashbacks, emotional detachment and jumpiness; bio-chemical changes in the brain and body.”

Ross Wimer, 32, of Omaha served four years in the Marine Corps and deployed with the 3rd Battalion, 5th Marine Regiment — famous as the “Darkhorse battalion” — during a brutal 2010-11 deployment to Afghanistan’s Sangin province. The unit lost 25 dead and had 200 wounded, a higher rate than any other unit during the war.

Many Darkhorse veterans, Wimer said, have been afflicted with survivor’s guilt. Over the years, suicides have mounted.

Members of his unit reach out to one another for “buddy checks,” an informal way to keep tabs on fellow veterans who may be in trouble.

Wimer does see a distinction between those who died in battle and those who died later, at home, but only a slight one. He’s glad the Remembering Our Fallen towers recognize both types of casualties of war.

“It’s great that Bill and Evonne are doing this,” he said. “Their heads are in the right place.”

The Williamses do not contact families of veterans who have taken their own lives because suicide remains a highly sensitive topic, but they will add the names and photos of those who died from the effects of PTS if families request them. Six of the deceased on the PTS panels are from Nebraska.

“They get lost. Their service feels like it does not count,” Evonne Williams said. “They deserve this.”

Last year’s Department of Veterans Affairs’ annual suicide prevention report counted 6,435 veterans who took their own lives in 2018, the latest year for which statistics were available.

The numbers have risen about 6% since the Department of Veteran Affairs started counting suicides in 2005 — an unhappy trend, but a far smaller increase than the 47% increase in all adult suicides in the U.S. during the same period.

In the years since, there have been aggressive campaigns by both the military and the VA to prevent suicides, and to make it easier for veterans to receive treatment for post-traumatic stress.

Still, in 2018 veterans were slightly more likely than other Americans to die by their own hand. Veterans represented 8% of the U.S. adult population but 13% of the suicides.

Well over half of the veteran suicides last year were among vets over age 55. The 18-34 age group had the smallest number of suicides (874) but the highest rate.

Tom and Donna Nicholson had no idea the pain Kevin was in when he visited them in July 2014 for what turned out to be the last time.

“We were glad to have him home. We tried to do special things,” Donna said.

Over the years, he had grown more subdued compared with the cheerful youth Donna described as “very independent, very smart.” He was active in their church and liked to memorize Bible verses, and he built models and rockets in 4-H.

While at UNO, he became interested in the military and joined the Marines. He arrived as the Corps ramped up its operational tempo to support two simultaneous wars. He deployed for seven months to Afghanistan, then came home for 12 months before returning to the theater — four cycles in five years.

“He was pretty proud of what he did, but he never talked about it,” Tom Nicholson said. They felt awkward asking, so typically they didn’t.

As the deployments ground on, Donna noticed Kevin seemed distant.

“I noticed changes in his eyes. There was something about his stare,” she recalled.

Donna called him in mid-August 2014, just to visit. She asked him what kind of things he would like her to include in the next care package she sent him.

The conversation still disturbs her.

“He just told me, I always send him junk,” she said. “It was hurtful … I don’t think he really meant it. I think he was not in a good place.”

Three men in uniform stood on the porch.

Donna knew instantly what that meant, but she was confused. Kevin was at home in North Carolina, not in Afghanistan. She shouted her husband’s name.

“I knew something was wrong,” Tom said.

The rest hurts too much to talk about. Tom remembers numb shock, a sense of going through the motions while planning a burial.

“That was the worst week of my life,” Donna said.

Learning how Kevin died hurt. It left questions, but they drew support from family and friends, and their church.

“I called our siblings and others and told them what happened,” Tom said. “You can’t just pretend he fell out of a tree.”

They came to accept that their son suffered invisible wounds, devastating ones.

“Bodies get injured — arms, legs. The brain gets injured, too. You just can’t see it,” Tom said. “You don’t find out some things until it’s too late.”

The Nicholsons also found comfort in support groups like the Tragedy Assistance Program for Survivors (TAPS), which has special groups for those whose loved ones took their own lives.

It helps being with other families who know what they’ve gone through, and to tell his story. They were happy to join in Friday’s Memorial Day event, which included a concert, parade and giveaways.

“I just try to focus on things that bring happiness,” Donna said. “I don’t think there’s anything wrong with being happy.”

The way Kevin’s life ended, Tom said, “Is just a small part of a big picture. I’d like to think that it’s not the biggest part of the picture.”

“I look at all the good he did. He served our country,” Tom added. “What more would he have done?”

Kevin Nicholson’s picture is right there on the first of the blue panels, in the top row.

One photo shows him in full battle rattle at a base in Afghanistan, eyes hidden behind dark shades and a gloved hand resting casually on the grip of his M-16 rifle. In the other he’s standing in a driveway, dressed in polo and khakis.

In neither picture does he smile.

But above Kevin’s photos is a message:

“May these Warriors, at last, Rest in Peace.”

The number for the National Suicide Prevention Hotline is 1-800-273-8255. If you are a veteran in crisis, or a person concerned about a veteran in crisis, dial the number and press 1 to connect with the veteran crisis line, available 24 hours a day. Additional information can be found at www.veteranscrisisline.net.

Honoring our heroes: A gallery of Nebraska veterans

Since Legislative Bill 650 was passed last month, multiple companies have announced plans to contract with Nebraska ethanol producers to capture their carbon dioxide before it enters the atmosphere.

His hand-cut firepits feature intricate silhouettes of wildlife and farm scenery. For propane firepits, Shawn Racicky has even created pits with steel logs that look like the real thing with flames flickering around them.

Approval by the city and the Nebraska Racing and Gaming Commission would allow the track’s developers to pursue casino gambling there.

Fullerton hasn’t had a swimming pool for two years. The old pool closed in 2018. So the excitement within the community and its young people “has been tremendous,” the assistant manager said.

The discovery of a species of kissing bug in Nebraska has prompted state and University of Nebraska officials to alert the public to the risks posed by the bugs.

Delilah Poole has just upped the ante on the typical lemonade stand. And she made over $100.

Nebraska currently has no state health standards. The controversial proposed standards, if approved after an impending revision, would only be recommended for adoption by local districts.

At some point in the future, the owners will demolish the building “and essentially clear the land. Then my family will move forward, selling the land,” Ryan Anderson said. 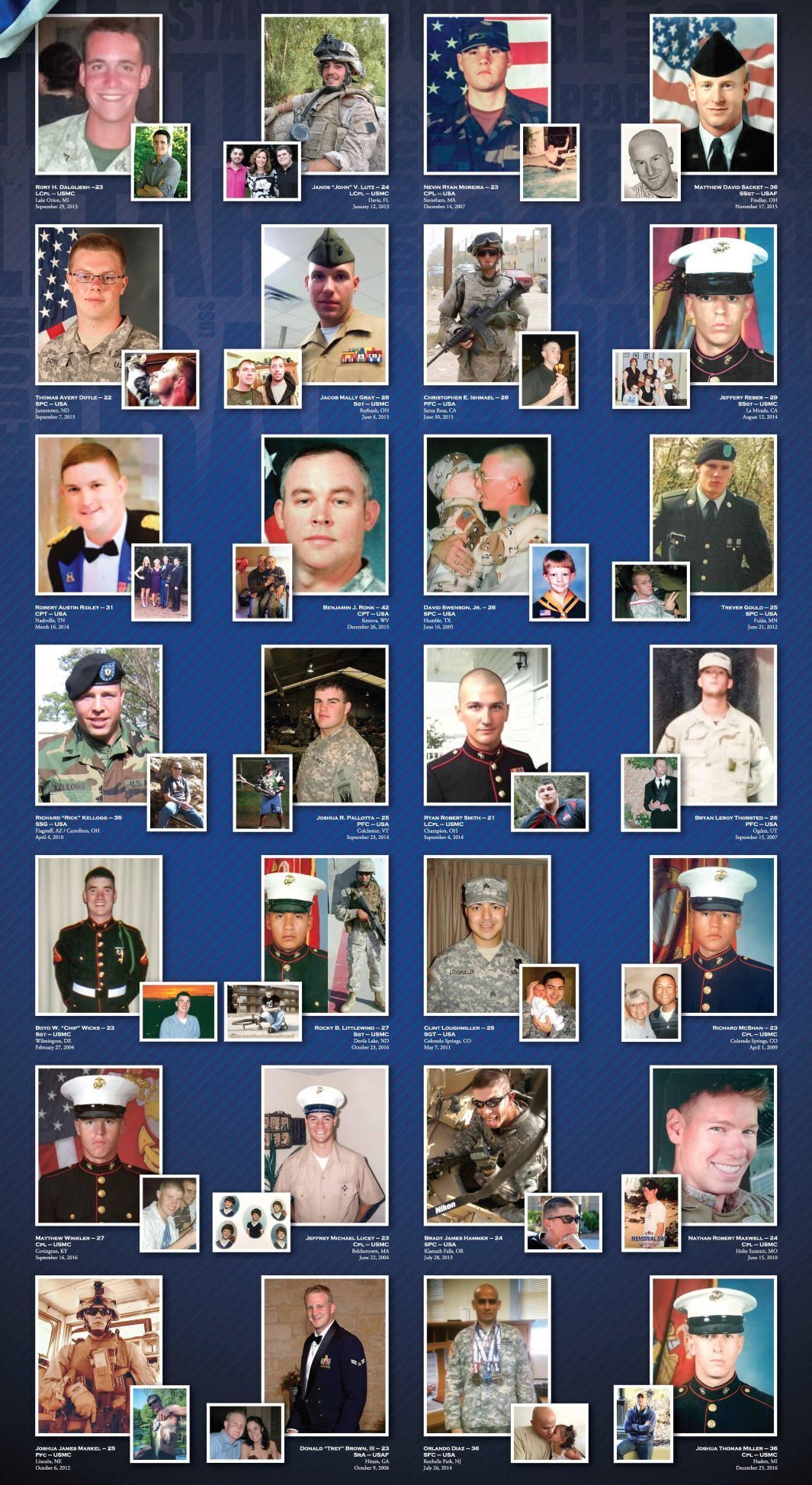 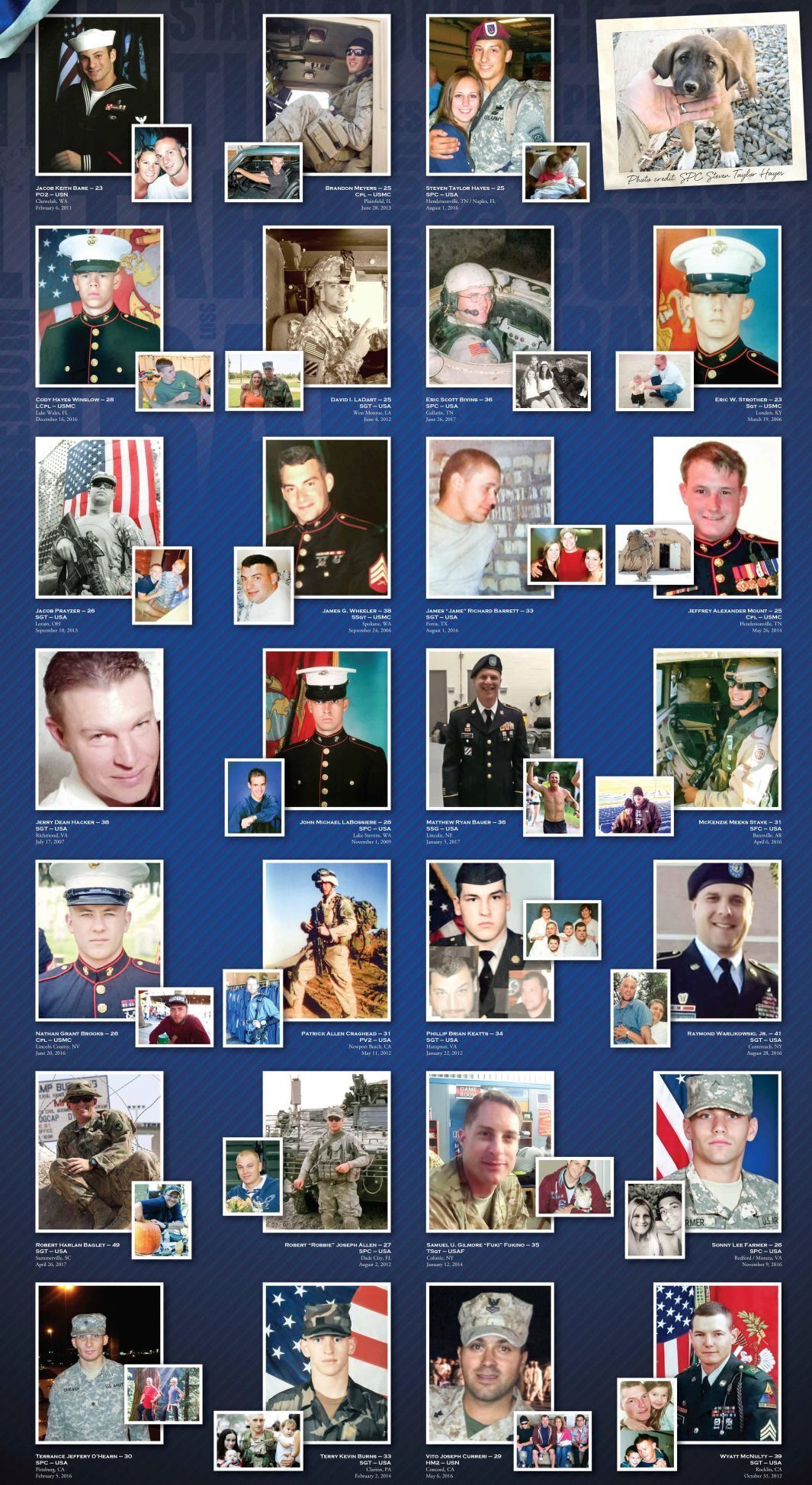 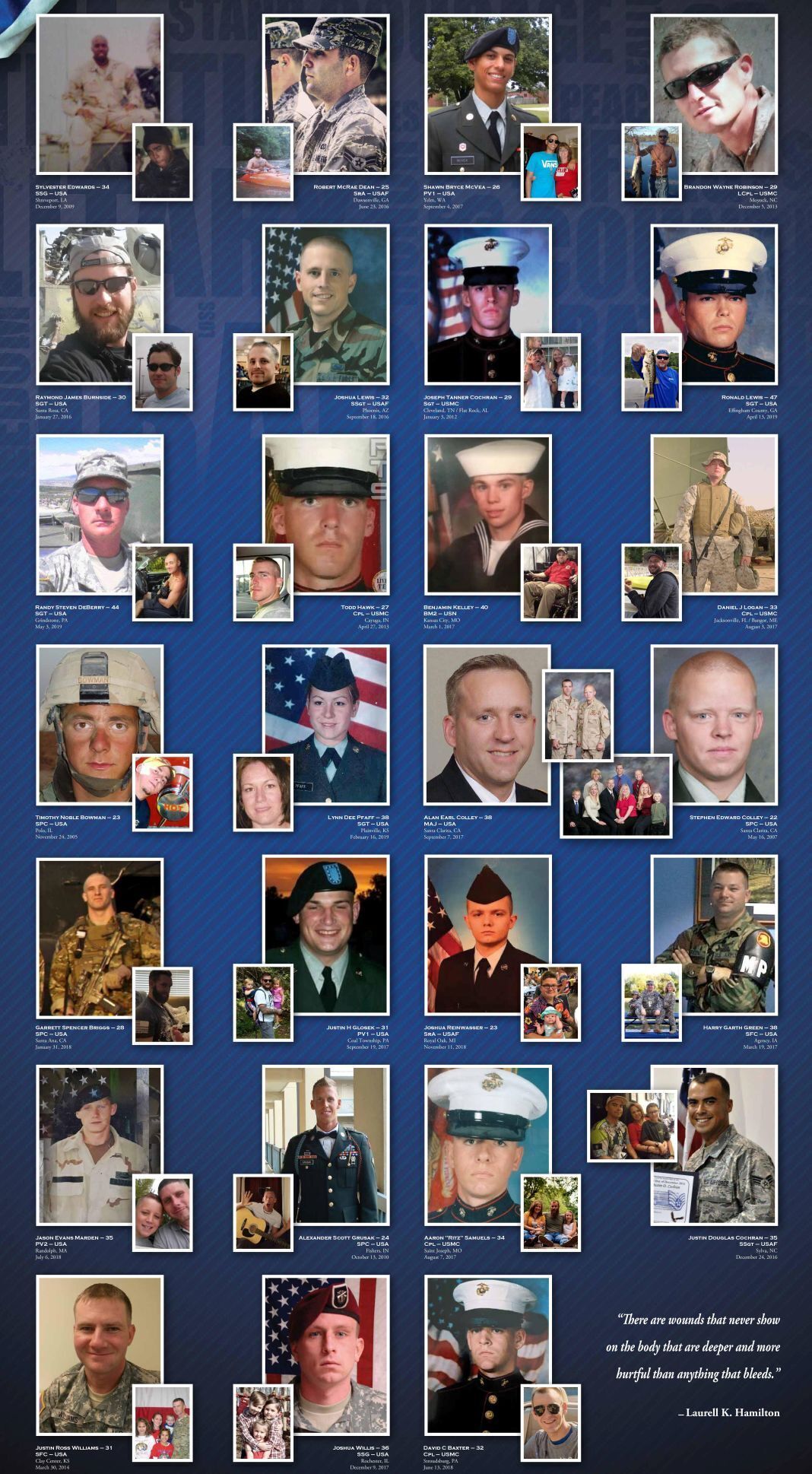 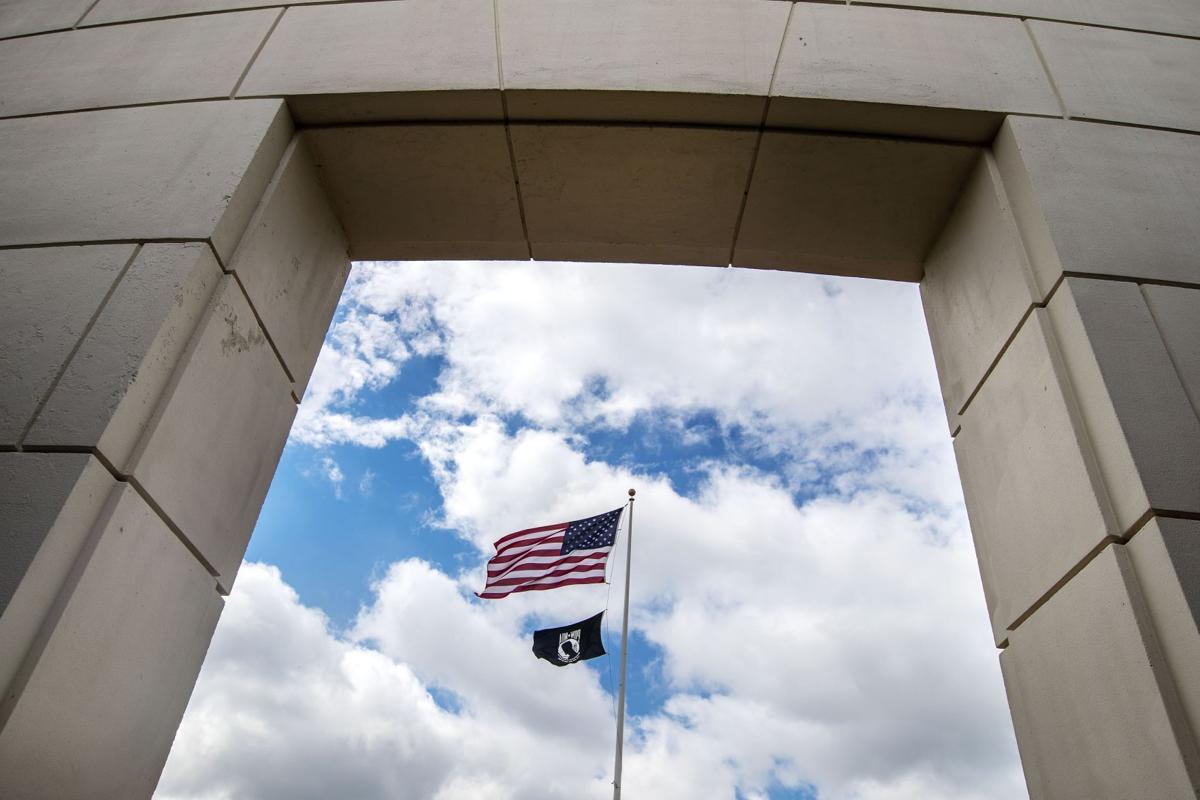 “We recognize that they died in service, or as a result of service,” said Candy Martin, who marched in Omaha’s Memorial Day parade Friday, along with the Nicholsons. “It’s not how your child died. We focus on continuing the service that their sons and daughters didn’t finish.” 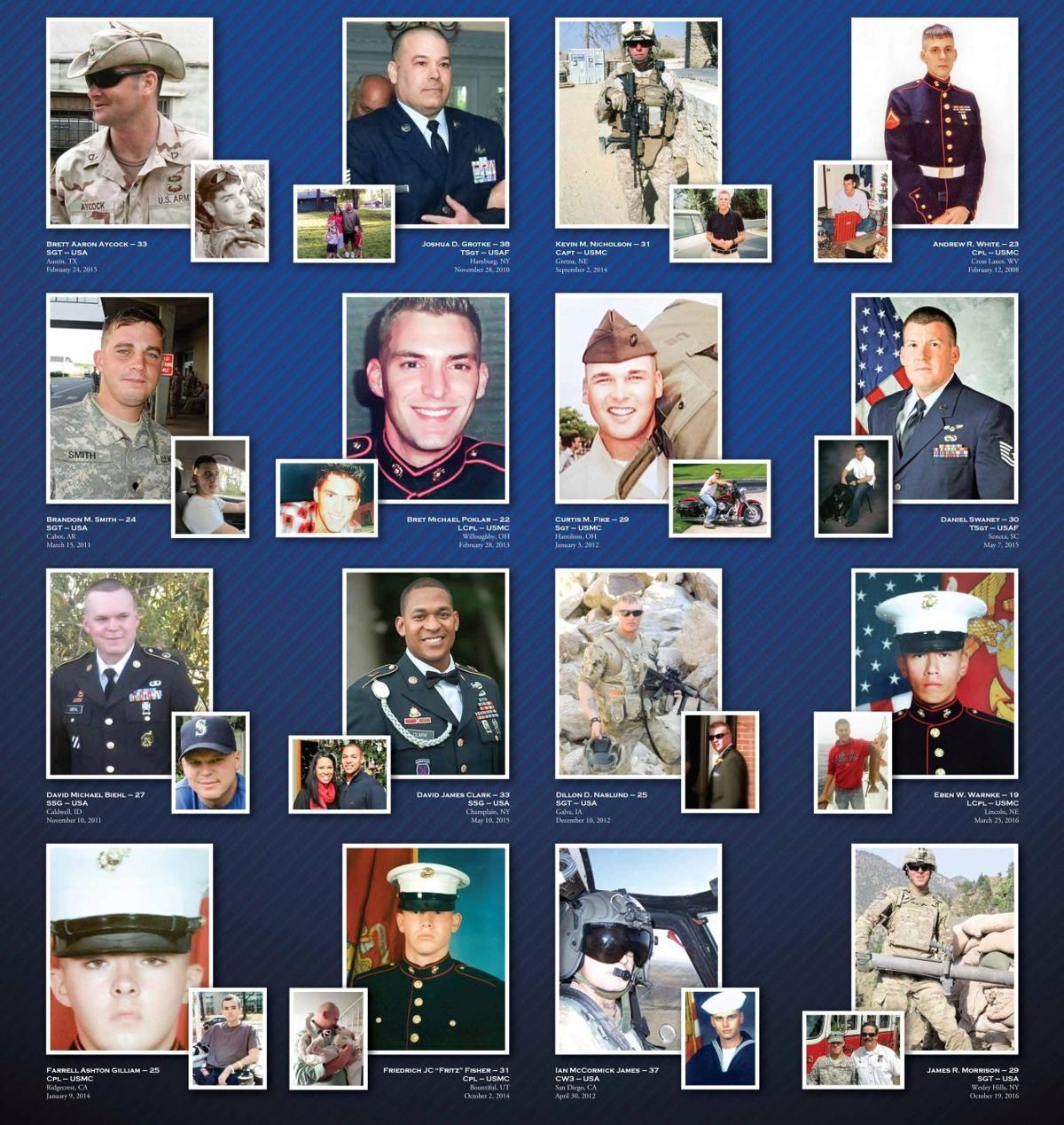 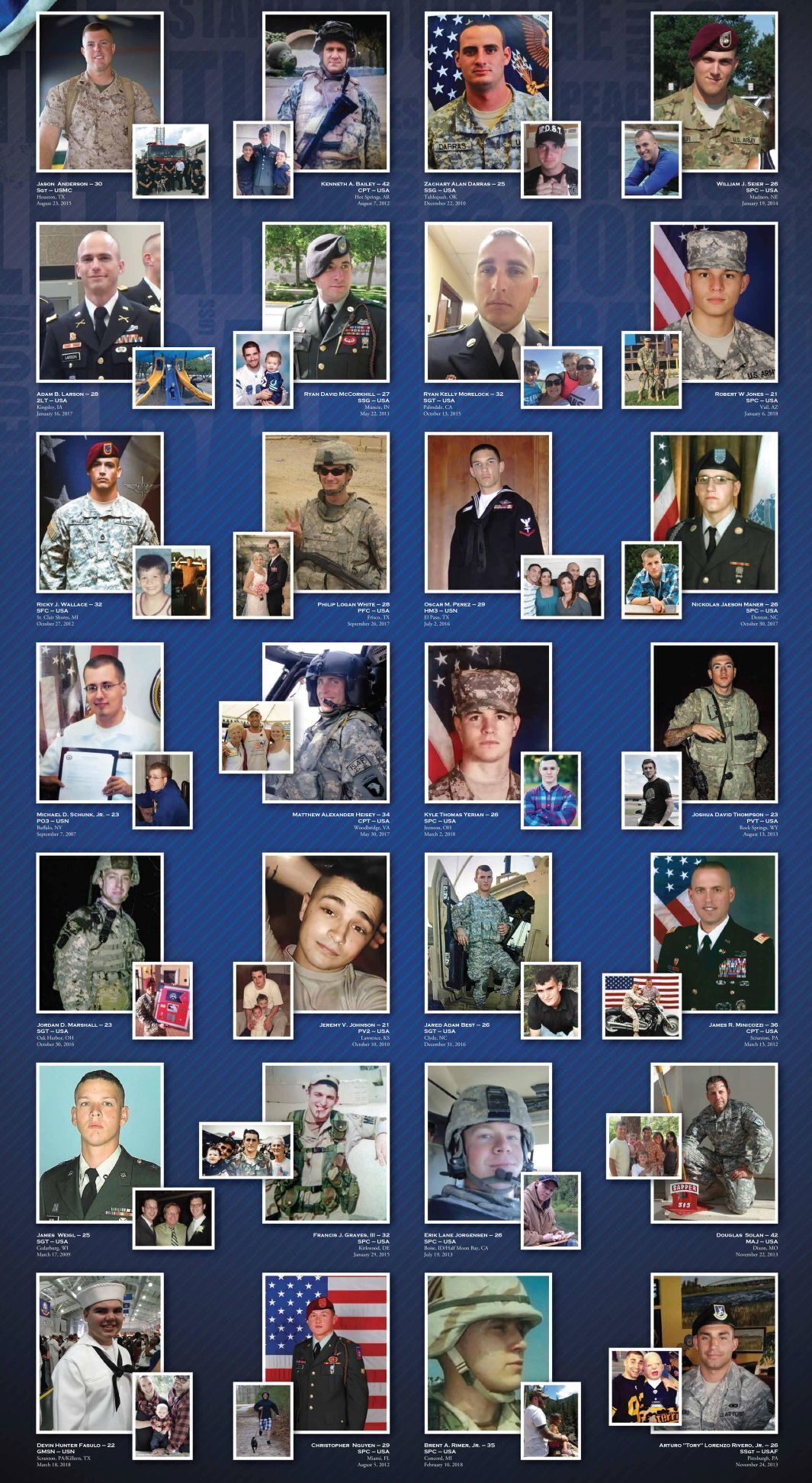 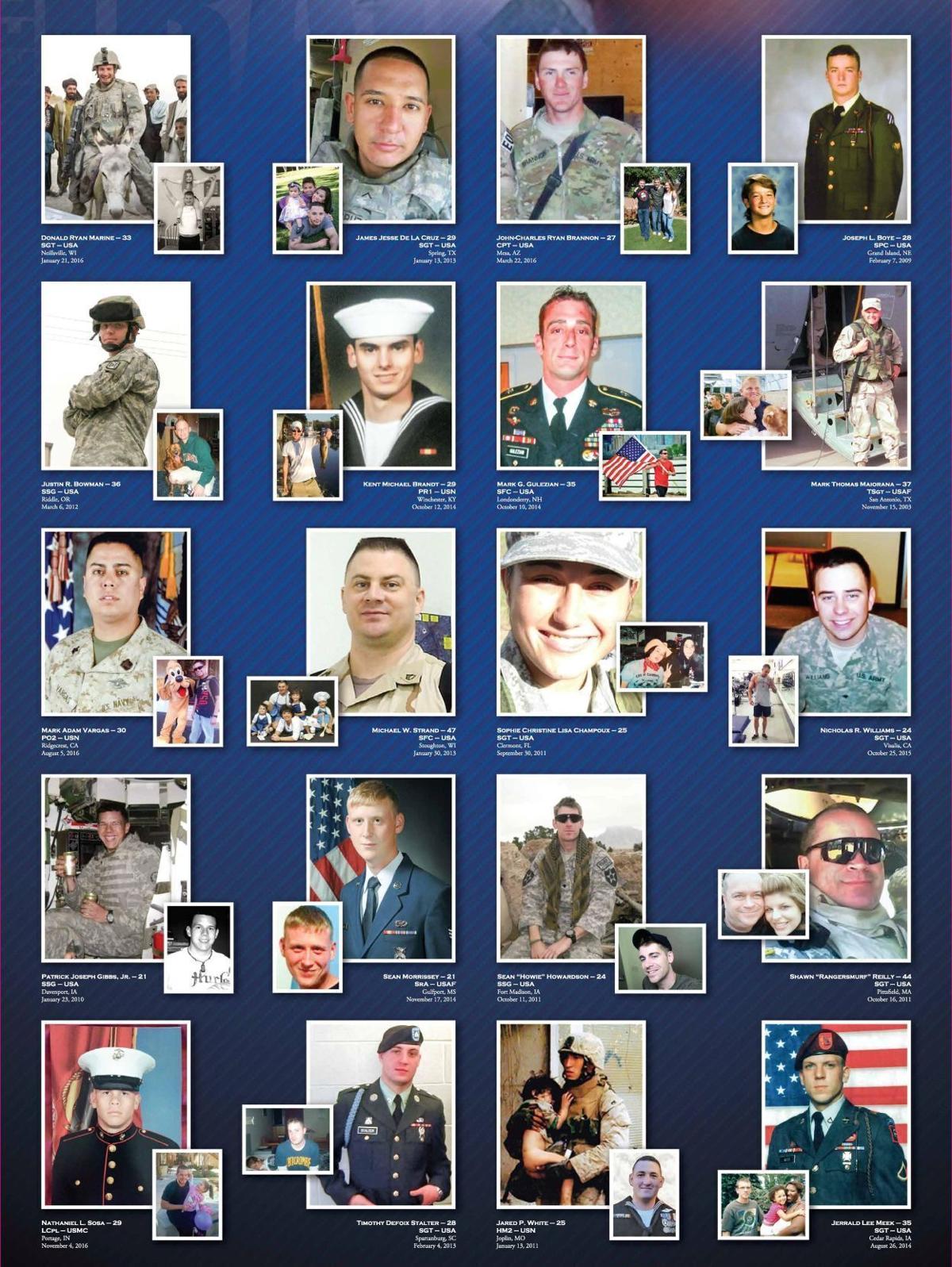 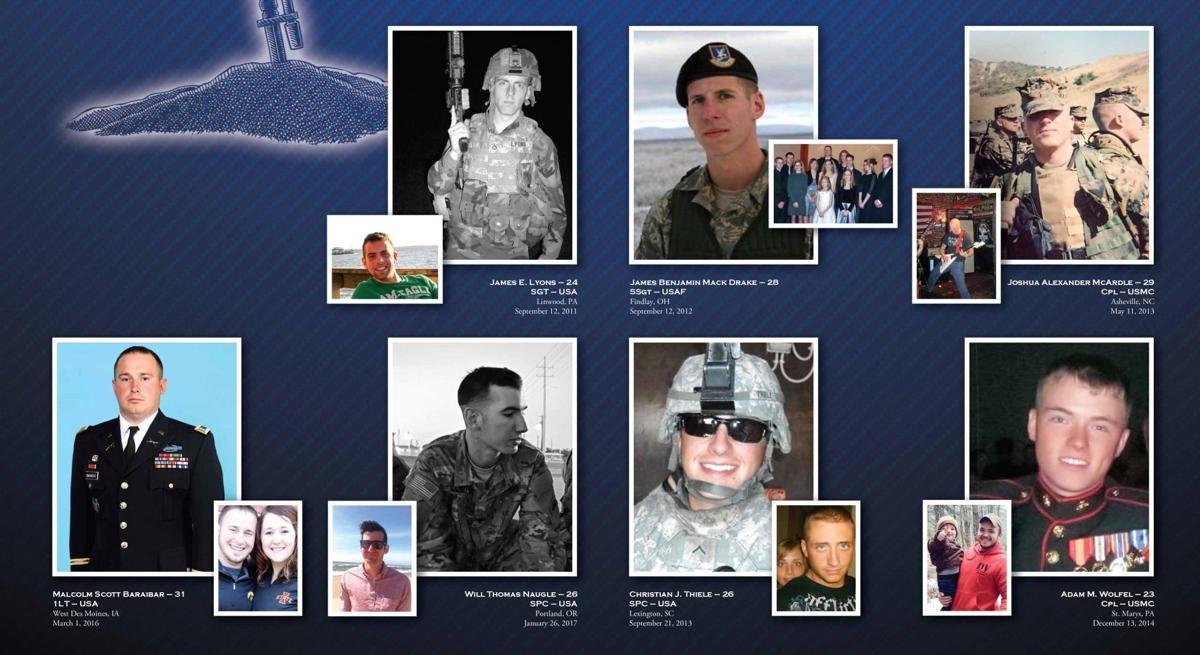 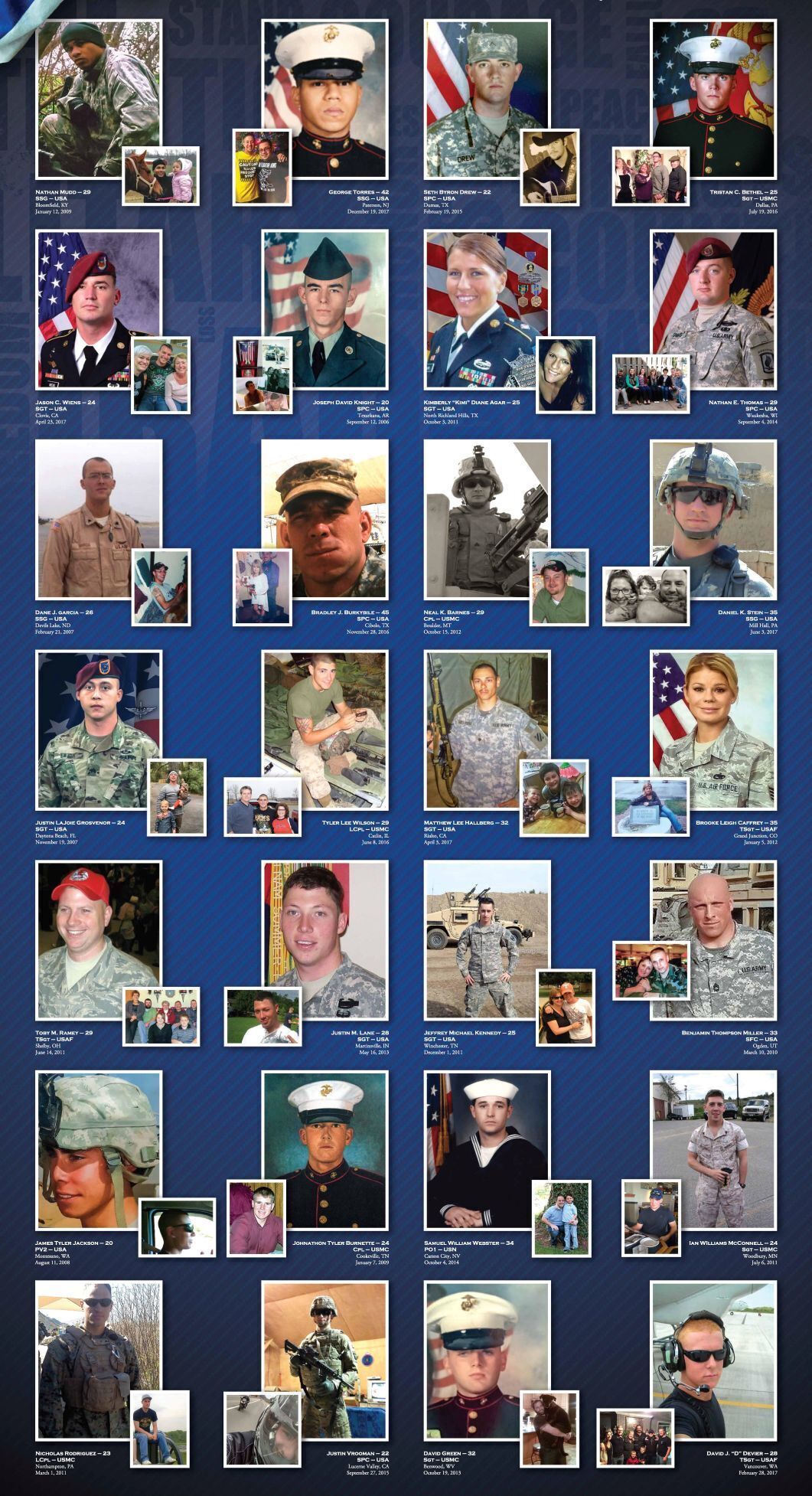