Shanu, a 2-year-old female red panda, came to the Henry Doorly Zoo & Aquarium last month. The fur around her head is “a little more poofy” than the hair of the zoo’s other red panda, Sabal. 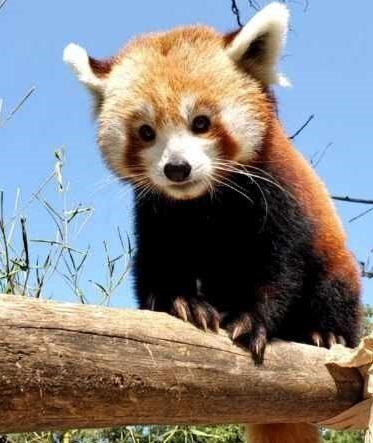 Shanu, a female red panda, recently moved into the Asian Highlands exhibit at the Omaha zoo. She comes from a zoo in Garden City, Kansas. 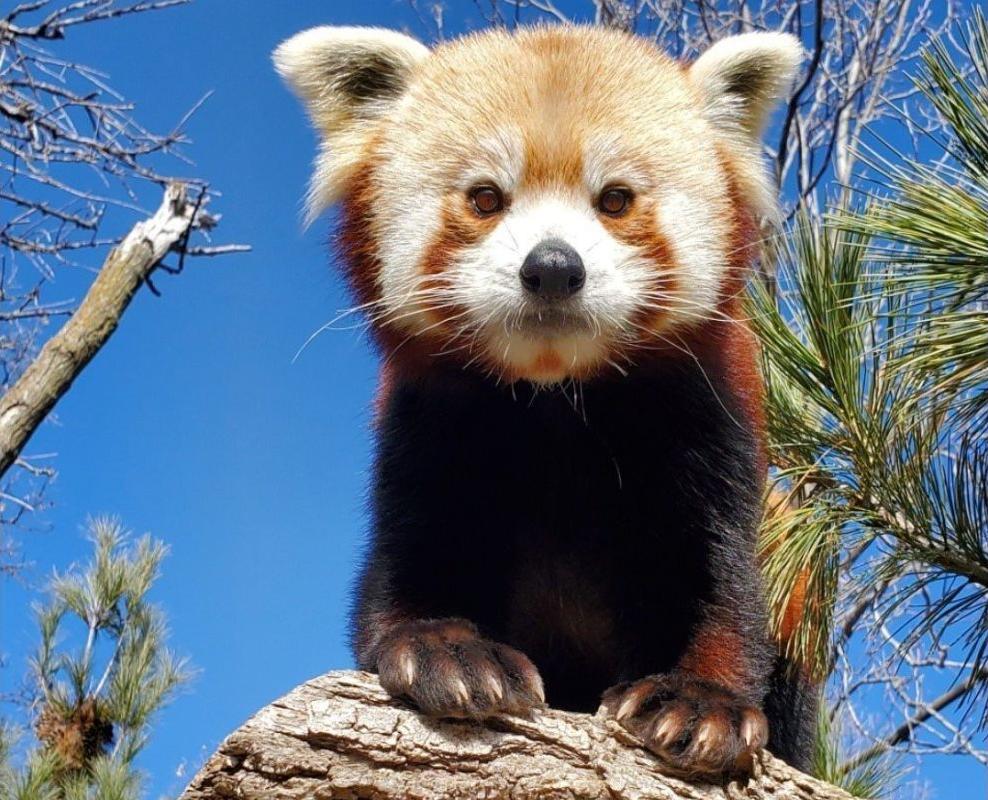 The Omaha zoo’s lone red panda now has a buddy, but you likely won’t see the pair on display together.

Shanu, who is 2 years old, came to the Henry Doorly Zoo & Aquarium last month. She comes from the Lee Richardson Zoo in Garden City, Kansas, where she was born.

She joins Sabal, a 4-year-old male red panda. Sabal has lived at the zoo since 2018. He came from the Denver Zoo.

Sabal and Shanu live in the Asian Highlands exhibit.

The two look so similar that most people can’t tell them apart, said Dan Houser, curator of large mammals. Sabal, who weighs about 15 pounds, has well-defined black markings. Shanu weighs about 10 pounds. The fur around her head is “a little more poofy.”

Shanu is in Omaha as part of a species survival plan. Because the two red pandas aren’t considered a breeding pair, they won’t appear on display together, Houser said. Instead, every few days, they will rotate between the outdoor exhibit area and the behind-the-scenes space indoors.

Zoo staff shared news of Shanu’s arrival on social media Saturday, which was International Red Panda Day. In a photo attached to the post, one of the pandas was perched on a tree branch above a cardboard sign that said “Happy Red Panda Day 2021.”

Happy International Red Panda Day! When it comes to serving as an ambassador for your species, Sabal now has a partner in conservation, Shanu. Welcome to the Asian Highlands, Shanu!

In the wild, red pandas can be found in the mountain forests of Nepal, India, Bhutan, China and Myanmar. Fewer than 2,500 red pandas are left in the wild because of habitat loss, illegal trade, disease and climate change.

Also known as the “lesser panda,” red pandas aren’t related to giant pandas. Their range does overlap in China, and both eat bamboo, but they aren’t evolutionary cousins.

A bit larger than house cats, red pandas are close relatives to raccoons, skunks and weasels.

Tofu, a 3-year-old red panda, died unexpectedly at the Omaha zoo in 2018, less than a year after her arrival. She was the zoo’s first red panda since 1997.

After the state’s flooding in 2019 and an ice jam on the river, city administrator Brian Newton said, the city began speculating as to whether the stanchions contributed to or caused the jams.

Brian Forbes found a way to channel his stress and soothe his mental scar tissue. An obsession. A mission: He wanted to be one of the few people in the world to bench-press 1,000 pounds.

A man learned about a 5-year-old with pediatric brain cancer and decided to walk across Nebraska to raise funds for her. When he stopped in North Platte, he cut and donated his hair in honor of a friend's daughter who died of brain cancer.

The opinion says that in light of conflicting medical information, doctors should be free to use "additional tools that could save lives, keep patients out of the hospital and provide relief for our already strained healthcare system."

The Schullers are thrilled with their doctor’s buggy. Shirley Schuller said they’ll use it for family pictures and leave it to their four grandchildren. “Did we need it? No. But we worked hard all our lives. Now it’s just time to have fun.”

Next year, the 34-member Dannebrog Golf Course will have to pay several times more in rent than in the past — and share the course with longhorns.

Tyler Gomez, a native Californian, wanted tips for his first winter in the Midwest. He sought advice from his neighbors using the Nextdoor app. Hundreds responded.

A man performed life-saving measures on a stranger at Methodist Hospital back in July. On Wednesday, the two men met for the first time.

No one knows why Benton Kinkead's three children never claimed his ashes. Now the Civil War veteran will be buried next to his wife at a cemetery in Plattsmouth. 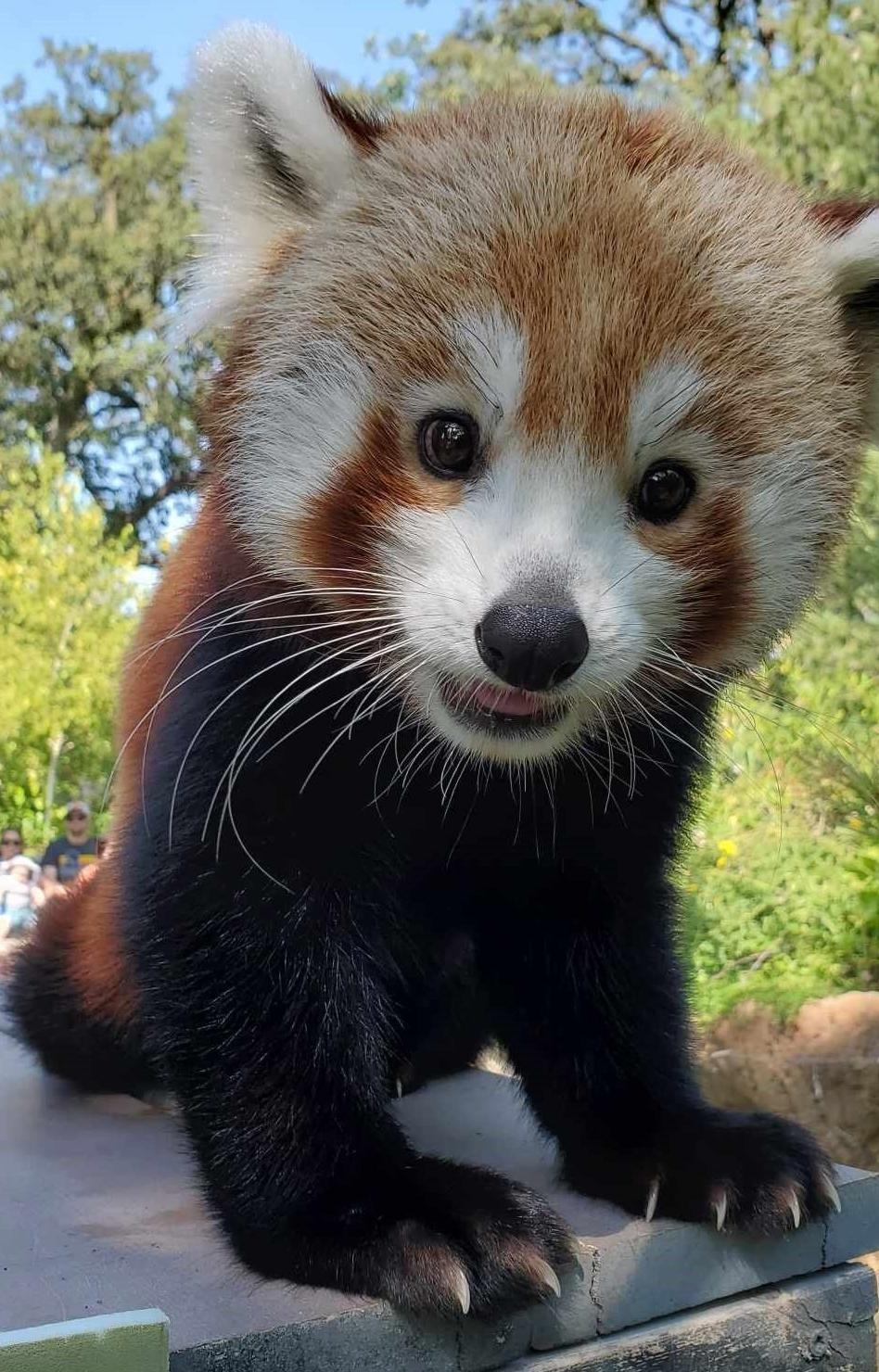 The hair around Shanu's head is "a little more poofy" than her companion's.

Shanu, a 2-year-old female red panda, came to the Henry Doorly Zoo & Aquarium last month. The fur around her head is “a little more poofy” than the hair of the zoo’s other red panda, Sabal.

Shanu, a female red panda, recently moved into the Asian Highlands exhibit at the Omaha zoo. She comes from a zoo in Garden City, Kansas.