A 16-year-old shot four times inside Westroads Mall after a verbal confrontation in April, at one point standing over a wounded 21-year-old man who later died, an Omaha police detective testified.

Authorities have said the April 17 shooting, which caused panicked shoppers to flee, was gang-related.

Woolridge-Jones is accused of fatally shooting Trequez Swift and injuring 22-year-old Ja'Keya Veland after a confrontation just before noon at the Auntie Anne's pretzel stand on the first floor of the mall.

Omaha Police Detective Matei Jackson, with the homicide unit, said he reviewed several angles of mall security video, from inside and outside the mall, to determine what occurred.

Woolridge-Jones, his 18-year-old brother Brandon Woolridge-Jones and a 13-year-old boy were standing in the pretzel shop line when Swift and his 21-year-old friend Marvell Piggie approached.

Swift, who was carrying a white bag from Champs with his newly purchased red Nike Air Force Ones inside, left with Piggie and headed toward Zales. Woolridge-Jones, his brother and the younger boy left the line and followed them, ending up in front of Old Navy and The Cookie Company stores.

The verbal confrontation continued and Swift and Woolridge-Jones put their hands up and appeared to push each other, Jackson said.

Swift twisted to put the white shopping bag on the ground and as he turned back, Woolridge-Jones grabbed a gun, Jackson said. Swift ran toward JC Penney as Woolridge-Jones fired two shots — the muzzle flashes are captured on video, Jackson testified.

Swift took a couple of steps, then fell to the ground after being struck by gunfire. Woolridge-Jones stood over Swift, pointing the gun at him, but Swift kicked the gun or magazine out of his hand, Jackson said.

Swift again tried to flee toward JC Penney and crossed paths with Veland at the bottom of the escalators. Woolridge-Jones grabbed the gun or magazine from the floor and continued to follow, shooting another two times.

One bullet went through both of Veland's ankles and lodged into her right calf. A future surgery will be required to remove the projectile, Jackson said.

Three other people were on the escalators and running away because of the gunfire.

Piggie took an ascending escalator and fired three shots toward Woolridge-Jones as he ran away, but authorities don't believe the bullets struck anyone.

Piggie has been charged with possession of a firearm by a prohibited person and is being held in jail on $250,000 bail.

Swift tried to run back toward the Champs bag, Jackson said, but collapsed and mall security tended to him.

Piggie and Veland, who arrived at the mall together, left through Dick's Sporting Goods and got into the same vehicle. Veland then was dropped off at Immanuel Medical Center.

She later told police that she had separated from Piggie and her boyfriend but rejoined them at the pretzel stand and saw the verbal exchange.

Veland passed them in the hallway and heard Woolridge-Jones say, "Do you want to box, do you want to fight?" Jackson testified.

Brandon Woolridge-Jones grabbed the Champs bag as he fled the mall with his brother out the main entrance of Von Maur. He later provided the shoes to investigators and told them that his brother bought the shoes from Champs.

Brandon Woolridge-Jones was charged with one count of being an accessory to a felony.

Makhi Woolridge-Jones, who was arrested the next day, told investigators that he went to Westroads to buy shoes and that he shot Swift, who he knew as "Juice from Facebook," after the verbal exchange at the pretzel shop line. Woolridge-Jones said he thought Swift had a gun but never saw him with a gun, Jackson testified.

No firearms were recovered in connection with the shooting, Jackson said.

Swift was pronounced dead about three hours later at Creighton University Medical Center-Bergan Mercy. He suffered two gunshot wounds — one to his lower left back which exited out his abdomen, perforating his intestines, and one to his left buttocks.

Prosecutor Brenda Beadle said the location of Swift's bullet wounds says it all.

"I don't think premeditation evidence gets any better than this," Beadle said. "The defendant not only chases and stands over the victim, he shoots at him again after he's stumbling."

Swift's public defender, Christine Mori, said the shooting occurred as a result of a sudden quarrel and that a second-degree murder or manslaughter charge was more fitting.

The saga of Oliver Glass

The sentencing of Aubrey Trail

Bellevue man charged in deaths of his children

Huge bail set for man who fled to Nicaragua

14-year-old among those killed in spike in violence

Ala. youth ranch mourns death of 8 kids in crash

Ala. youth ranch mourns death of 8 kids in crash

The girl said she had sex with other men because “Billy” told her to and she feared him. On some occasions, she said, William Quinn would stay and video the sexual encounter.

During defense attorney questioning, the alleged victim in the case admitted that she made false sexual allegations against a man in 2017.

One person dies, three others wounded in Omaha shootings

Omaha has now recorded 16 homicides in 2021, including five this month.

A woman allegedly went on a rampage against her soon-to-be ex-husband, damaging his TV, wrecking his pickup and taking his dog.

Man died after firing shot at officers before turning gun on himself, Omaha police say

When officers arrived at an apartment to investigate a domestic disturbance, they found a man in a tactical vest who was armed with a rifle.

The contentiousness over when and whether an Omaha couple got married was just part of a divorce case that took the (wedding) cake.

Pedestrian killed after being struck by car in Seward

As the 93-year-old woman turned, the city's police chief said, her car struck a pedestrian, who was first transported to Seward's Memorial Hospital before she was transferred to Bryan West Campus by helicopter.

The stretch of U.S. 275 between U.S. 77 near Hooper and Nebraska 91 near Snyder is closed both ways, according to the Nebraska's traveler information website.

Deputies were outside a residence southeast of Weeping Water on Monday evening when they heard a gunshot from inside the home and a person call for help, according to a news release.

CASA makes a mark with its first garden tour

Governor excited to meet with York County residents regarding 30x30 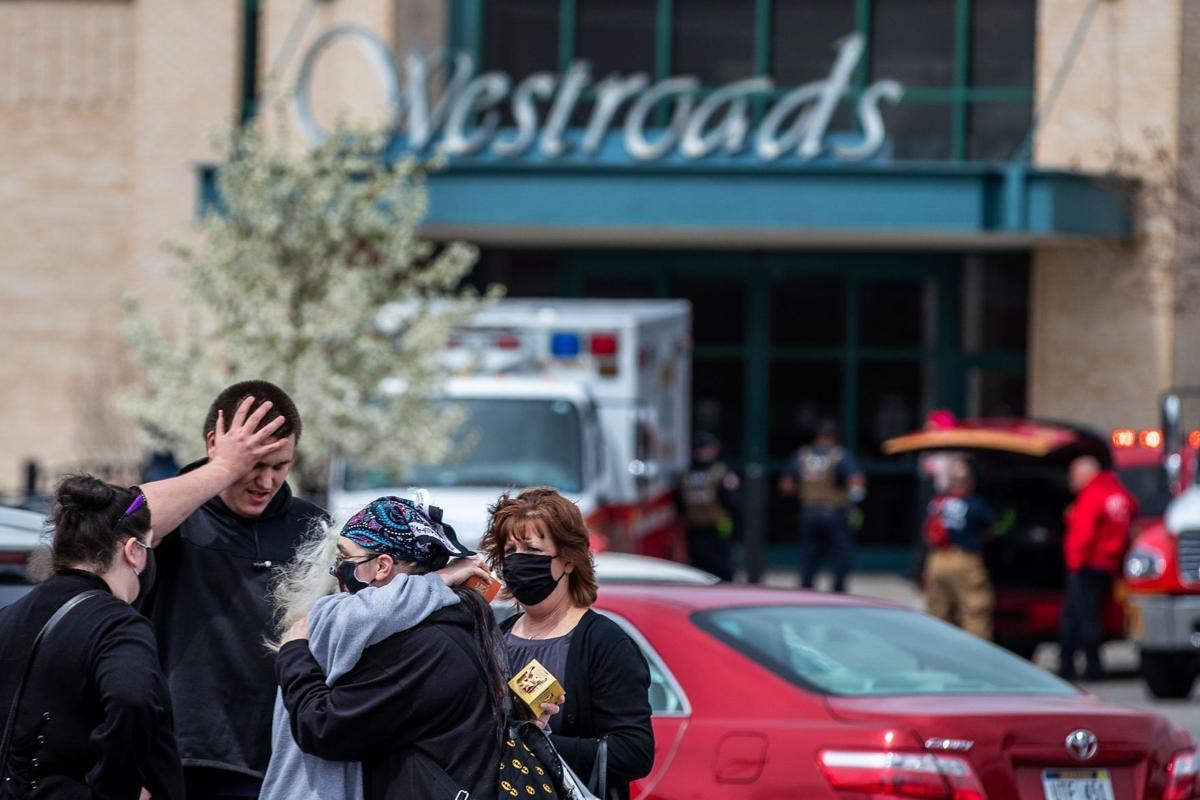 People hug in the parking lot after a shooting left one person critical wounded at Westroads Mall on Saturday, April 17, 2021. 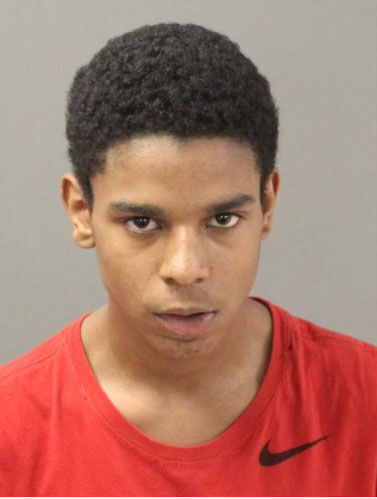 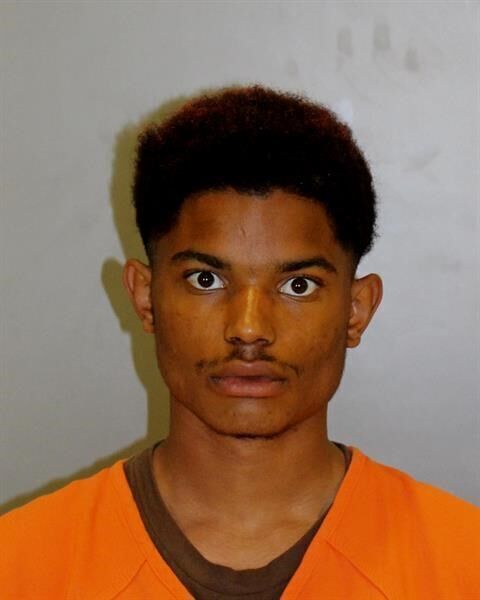 Trequez Swift died April 17, 2021, after being shot at the Westroads Mall.