YORK -- When Matt Grosshans started farming seven years ago in Hamilton County, he was interested in regenerative agriculture practices he’d learned about in college, including cover crops, reduced tillage, and rotational cropping systems. However, it wasn’t until extreme weather patterns started impacting his operation that he realized these practices weren’t just a good idea, they were essential to maintaining his most valuable resource—his soil.

Erosion control was the biggest concern for Grosshans, who was tired of seeing his strip-tilled fields washed out with heavy spring rains. The flooding in 2019 was eye-opening, as his hillier acres saw an unprecedented amount of erosion. Damage from that event is still apparent in some areas. “Last year we got a six-inch rain in early May in like an hour. Extreme heavy rainfall really needs good soil structure or else there’s erosion,” he said. “I am interested in the long-term sustainability of the soil, especially for fields that I farm that are more challenging.”

Grosshans partnered with the Upper Big Blue Natural Resources District and the Natural Resources Conservation Service (NRCS) to take advantage of funding and technical assistance for installing cover crops. He planted 350 acres of rye after corn and beans in fall 2021.

“For a few years, I’ve been interested in trying cover crops, at least prioritizing heaviest need acres,” Grosshans explained. “This was the first year we got our ducks in a row, enrolled in the program, got the seed and the application ironed out, and made it happen.”

There has been a learning curve, but Grosshans says the practice has been worthwhile and he plans to expand use of cover crops to include more acres this fall while further reducing tillage. He acknowledged that making these kinds of management changes is challenging, but he recommends that other producers consider adding practices strategically where it makes sense for them. “Pinpoint acres that you feel would really benefit and then just jump in and try it on a small scale, one field or two fields, something that’s easily manageable that’s not going to get away from you,” he advised. Every farm operation is different and there are many variables to consider. For Grosshans, a strategic approach included identifying the acres where practices would have the biggest immediate impact. “The farms that are susceptible to eroding, those are the ones we are working to convert to a minimum or no till, or spot tillage, and add cover crops. Reducing erosion, that’s the end goal.”

The funding Grosshans receives via the NRD and NRCS offsets costs for five years while the practices get established. “Without having financial assistance, it would be really hard [to implement cover crops],” he said, when you consider seed, application, and termination. With chemical and fuel costs rising, it’s too expensive for most farmers to do it without help. “You need to see a major benefit on soil health and soil productivity.”

Year One: Lessons, Challenges, and Surprises

This first year has been more experimental, as Grosshans evaluates what the pros and cons are to cover crops and what’s feasible for his system. Some of his cover crop seed was broadcasted, while the rest was tilled in, providing mixed results. In the future he plans to use a no-till drill to apply the seed. “Getting a good consistent growth without drilling or doing tillage is challenging,” he noted. Another challenge is the timing of application. This far north, cover crops are hard to get planted in the fall behind commercial corn, which may not be harvested until early November. It’s easier after seed corn and soybeans, as they are harvested earlier.

“There are undeniable benefits, like suppressing weeds. It’s a good weed control measure, provides a lot of ground cover once it is terminated. It may suck up a little moisture in the spring, but if it’s wet, that’s going to enable things to dry out quicker so you can get out there sooner,” he said. “Once it is killed off and you’ve got a grass mat cover on the ground, that does help shield the soil from drying out from sunlight and wind.” As the biomass breaks down it is providing food for the microbial activity, which Grosshans believes will eventually improve productivity. “It really needs to be coupled with the no till, which is what we’re trying to do on a couple of these farms where we’ve had long-term erosion problems,” he said.

“I like the idea of having something growing year-round. Soil stability, overall soil health is going to be better,” he said, noting he’s also interested in the benefits of sequestering carbon.

Timing of application and termination of cover crops was tricky to figure out, as moisture plays such a crucial role in getting the cover crops established so they can provide maximum benefit. Grosshans suggests that if there isn’t a timely rain in the fall, then farmers should irrigate after planting cover crops to ensure germination. In the spring, if there is a lot of moisture and warmer weather, rye can grow very quickly and then become more challenging to terminate.

“Overall, we’ve had really good luck this year,” he said. “Where it did get established, it really grew pretty well…We got good enough growth that I feel like the root systems are going to provide some stability to the soil if there’s a heavy, fast rain.” He noticed the benefit through the exceptionally windy month of April, as he could see the soil blowing off conventionally tilled fields without covers. Where he had implemented new practices, the soil stayed in place despite the winds and dry weather, followed by a week of heavier rainfall in May. “I was extremely happy to have covers on some of these fields, because they didn’t blow or wash out at all,” he said.

Grosshans says he really didn’t know what to expect when he started this process, but the biggest surprise has been the curiosity and interest from other farmers in the area. They’ve asked him what he’s doing, why he’s doing it, and how it’s going. It has led to some good conversations about the benefits and challenge of making these practice changes. “It’s hard to deny that it’s going to be more work,” he tells other farmers. “Even if you have someone else apply the cover crops, it’s now more management, more to keep track of, so that is a deterrent for some. It’s not the ‘easy button’ in any way.” But in the end, Grosshans believes it will be worth the extra work to save his soil from the threat of further erosion.

“The fact that the NRD and NRCS are providing the means to get cover crops out there…it’s a good step to get guys to at least consider it,” he said.

For more information on financial assistance for cover crops and other practices in the Upper Big Blue Natural Resources District, visit www.upperbigblue.org/incentiveprogram or call your local NRCS office.

One killed, one seriously injured in Highway 34 crash

YORK – One person was killed and another was very seriously injured in a head-on crash on Highway 34, west of Utica, on Friday, Sept. 23.

"I've been with this department for 25 years and can't remember anything as horrible," said LPD Assistant Chief Michen Morrow.

Sutton man pleads not guilty of running from trooper

YORK – Gildardo Garcia, 31, of Sutton, has pleaded not guilty to felony flight to avoid arrest and willful reckless driving after allegedly ru…

YORK – In 2019, Jay Monson, now 32 years of age, of Lincoln, was sentenced in a case where he broke into a York residence while the couple liv…

YORK – Tami Norquest, who had been the deputy county assessor, has officially become the York County Assessor.

Police in Nebraska say a passenger’s cellphone automatically alerted responders after a car hit a tree in a crash that killed all six of its young occupants. Five men in the car died at the scene of the crash in Lincoln in the wee hours of Sunday. A woman died later at a hospital. The victims ranged in age from 21 to 24. Police are still investigating the cause of the crash. But they say it was reported by an iPhone that detected the impact and called responders automatically when the phone’s owner didn’t respond.

YORK – A man accused of assaulting a deputy with the York County Sheriff’s Department has pleaded not guilty to the charge; meanwhile, 11 othe…

YORK – Arraignment proceedings have been set in York County District Court for Isaac D. Shoff, 44, of York, who is accused of threatening to k…

$100K worth of cocaine seized in Seward County

7 charts that show where home sales are headed in Nebraska

10 charts that show how the economy is performing in Nebraska

Inmate sent back to jail for assault 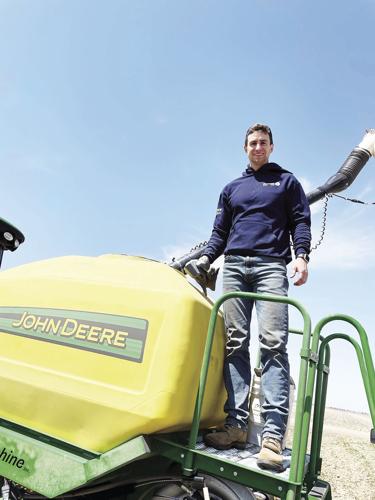 Matt Grosshans fills the planter with soybeans in spring 2022. 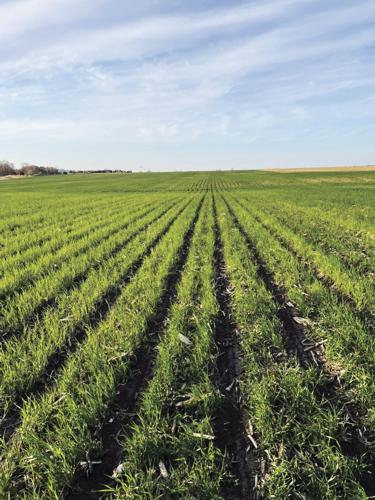 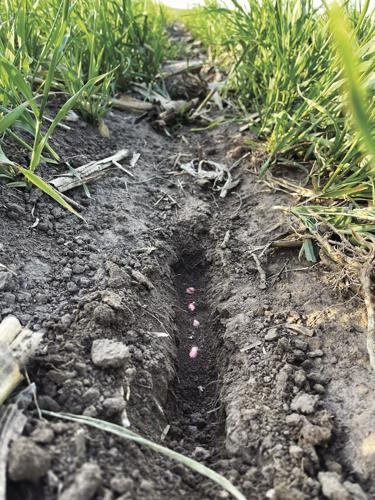