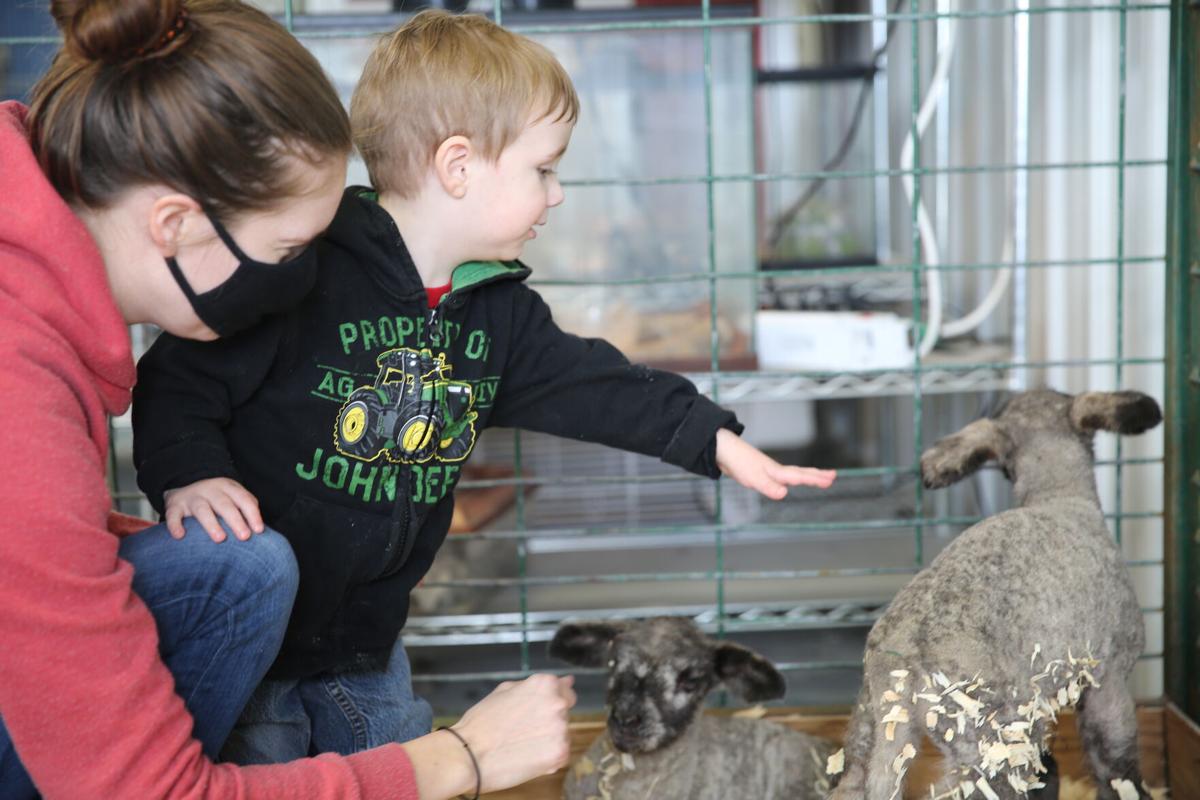 August Cappa (right) leans on his mother, Lucie Ynevich (left) as he reaches for one of the McCool FFA barn’s triplet lambs. 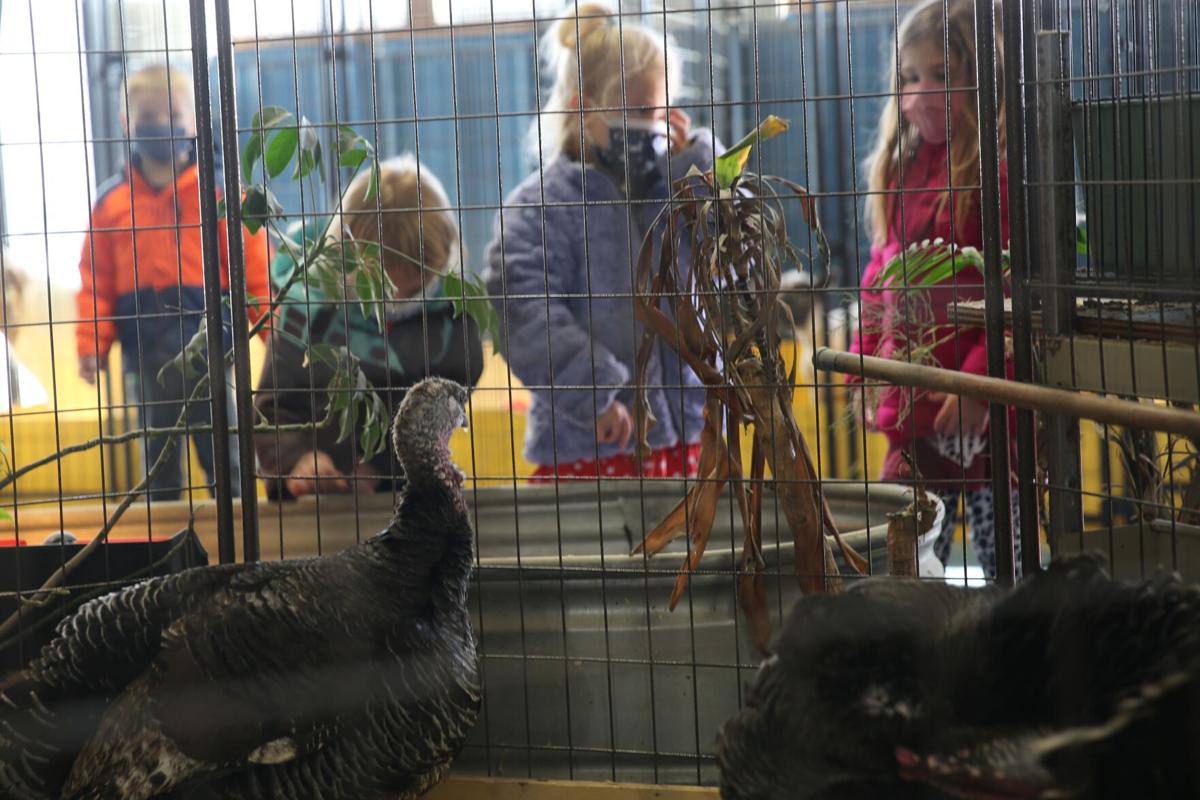 McCOOL JUNCTION – What better way to kick off FFA Week than a barnyard open house?

That’s exactly what McCool Public School’s FFA members and advisor, Dana Hall, did Monday, children of all ages visiting their facility, making beelines for their favorite critters. “For our kickoff to FFA week we like to have an annual barnyard day,” Hall said. She said both the littles and the FFA members enjoy the event. “You can just see on their faces how excited they are.”

The barn – constructed and filled with animals in memory of McCool FFA alum Clay Real – houses a menagerie of critters, including Boer goats, turkeys, rabbits, cats and lambs. The lambs, whose mamas were part of an ultrasound demonstration for one of McCool’s classes, appeared to be the most popular. Children aged preschool to elementary school, plus daycare kids, got to get up-close and personal with the lambs – including a set of coal gray triplets.

A busy barnyard was perfectly timed to coincide with kicking off the week. “They last ten days have been baby central. With all the new babies being born it’s so fun to watch the students get excited about it,” Hall said. For the duration of the animals’ pregnancies to the present, she said many students have made extra visits to the barn to keep an eye on things. “I think maybe some of them sneak out of classes they’re not supposed to,” Hall said.

Students are doing more than observing. “They’ll get to do things with vaccinating, doing ear notches – learning about those things, too,” Hall said. Students are also getting experience with a bottle calf, as one of two calves delivered by c-section was rejected by its mother. Typically chicks occupy part of the facility, but recent cold weather caused a delay. The temperatures were so cold, the hatchery decided not to send the chicks just yet. “We’re kind of bummed because we usually have chicks,” Hall said. “That’s always a highlight.”

Besides baby animals, another new occupant of the barn was unveiled: artwork honoring Real, a dedicated McCool FFA student who several years ago died unexpectedly but a few days into college. “It’s an honor to keep his legacy going,” Hall said of her former student. The structure made possible Real’s dream of bringing a special facet of agriculture to students – and the community. Before the barnyard, it was much more difficult to have livestock open houses, Hall said. “We used to set up pens in the [school’s] shop,” she said. This involved bringing gates from the fairgrounds, and plenty of other preparation. Having their own building makes sharing animal science much easier.

It will be a busy week for McCool FFA, and other FFA chapters nationwide. McCool is planning a breakfast for area farmers, a pizza party for FFA members, dress up days and the ever-popular drive-your-tractor-to-school day, which will also feature students dressed in the implement brand gear of their choice. Students at McCool have also been treated with fun ag facts and ag jokes over the school’s intercom. District welding is scheduled for Wednesday. Due to COVID-19 precautions, the event will be held at competing schools respective buildings, rather than meeting at Southeast Community College.

National FFA Week will keep students and advisors on the go all week, but Hall said there is a certain group who may need a little extra rest after day one. “By the end of the day, all of the critters are fast asleep,” Hall said.

Sheriff: No evidence of impairment in Woods crash

Sheriff: No evidence of impairment in Woods crash

MCCOOL JUNCTION – Clay Real had a dream which his McCool Junction FFA friends are now living.

August Cappa (right) leans on his mother, Lucie Ynevich (left) as he reaches for one of the McCool FFA barn’s triplet lambs. 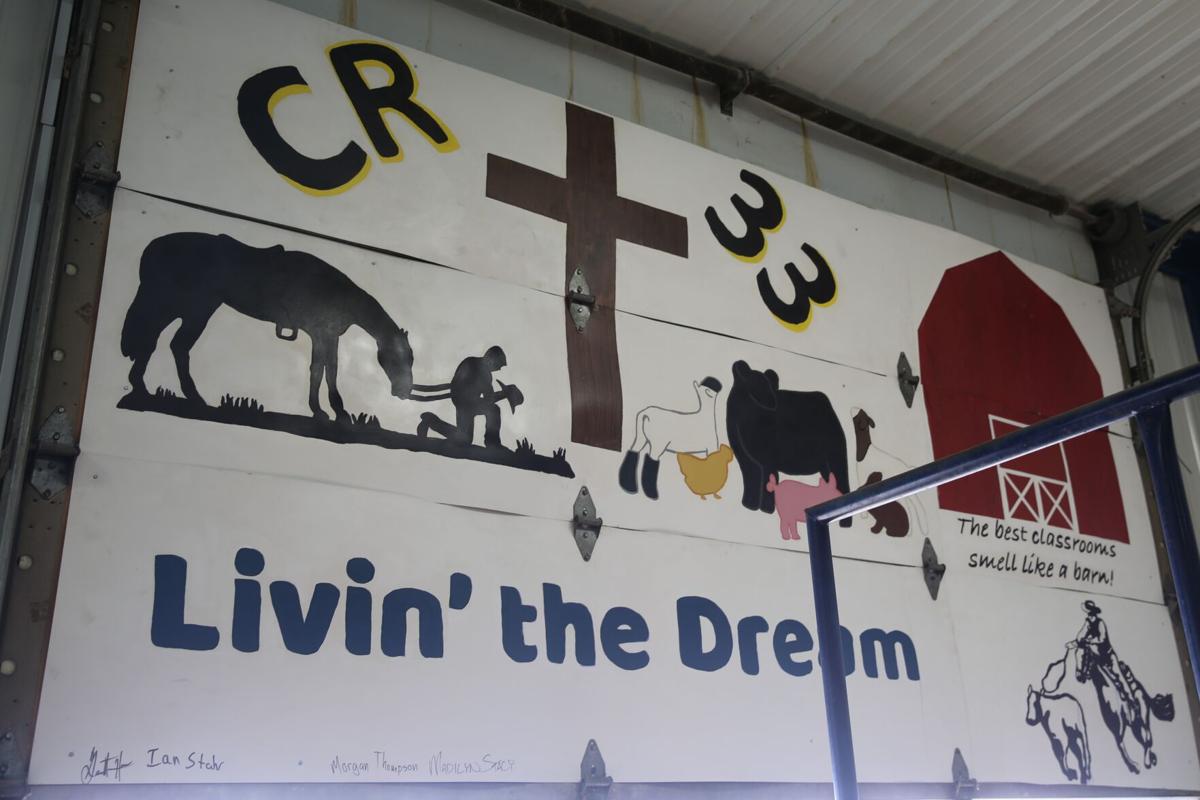 A sign in McCool FFA’s barn, painted in honor of McCool FFA alum Clay Real, was finished just in time for FFA Week. 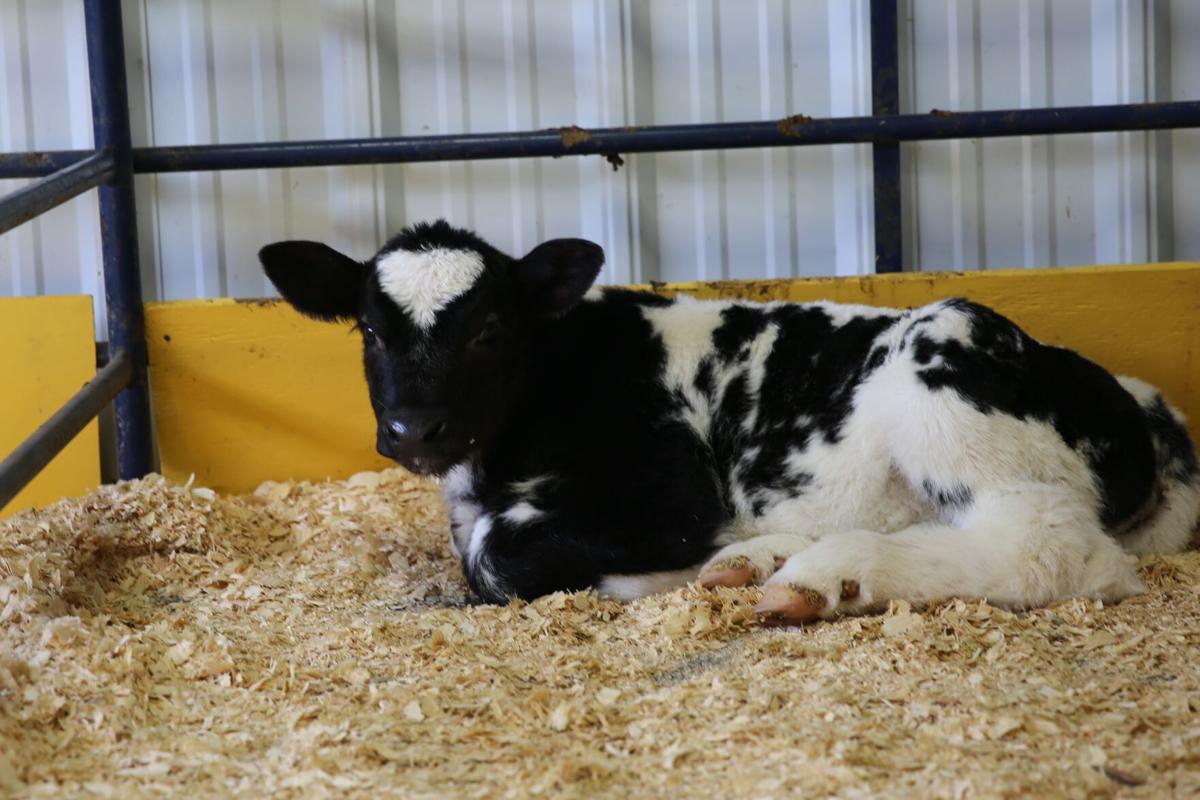