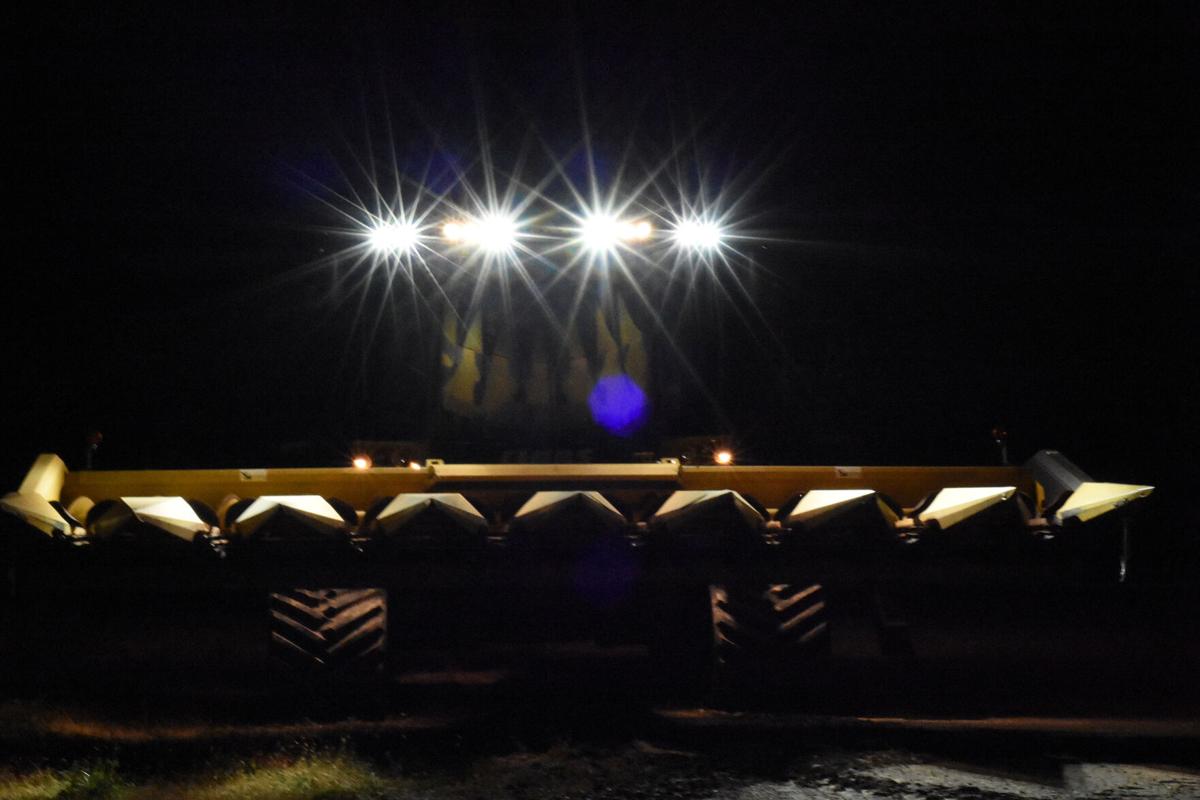 One of the six combines on hand to help Jonathan and Abbie Rempel gather their corn harvest stands sentinel in the bitter cold darkness Friday morning. The massive volunteer effort mobilized at Junction Motor Speedway near McCool Junction. 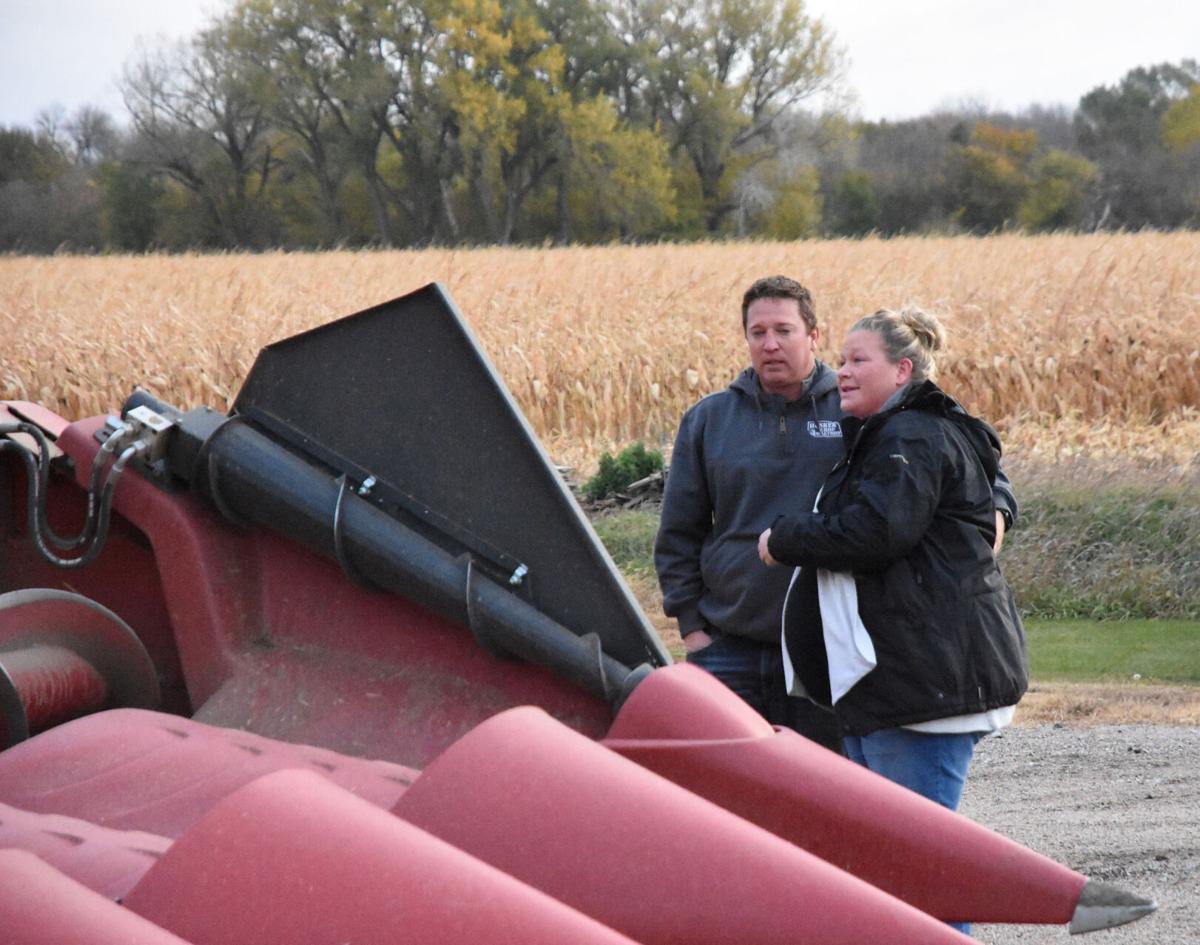 Jonathan and Abbie Rempel share a quiet, emotional moment together as the massive volunteer effort to harvest their 2020 corn crop grinds into motion just after sunrise Friday morning.

Jonathan and Abbie Rempel, in an incident widely reported previously, recently lost four costly harvest machines under the most suspicious of circumstances.

A combine, one grain cart, a tractor and a semi were individually set ablaze at a remote location just north of Sutton.

The obvious vandalism, which may have been related to Jonathan Rempel flying a pair of TRUMP flags on the combine though no one can yet be certain, stopped a young family’s harvest in its tracks.

Authorities continue to investigate what appears to be a criminal act in light of the fact all four of the machines had been parked safe distances from each other.

Almost as soon as word got out of the Rempels’ plight, wheels began to turn on a neighbor-helping-neighbor harvest bee that culminated Friday morning.

In the pre-dawn hours great mechanical beasts gathered at Junction Motor Speedway on the hill across Hwy 81 west of McCool Junction.

One the three lead organizers, Jeff Peters, said he expected six combines supported by 14 auger wagons and more than 22 semis from at least 15 communities. The entire armada was provided and operated by volunteers.

“That’s middle America for you,” said Peters. “When somebody’s in need …,” he said, voice failing. “This is emotional for me,” he admitted.

Two other key organizers were Lance Peters and Mike Hiebner.

The entire crop was trucked from fields at scattered locations to the Flint Hills ethanol plant near Fairmont.

Speaking to volunteers, well-wishers and media just after sunrise, Rempel expressed deep appreciation for the miracle he and wife Abbie were about to receive.

The young farm family includes a son, a daughter and a baby girl on the way in 14 weeks.

“This is a lot bigger than me,” he told the group, adding, “You are all my people now. I don’t know why we’re here today,” he said, referring to the inexplicable, cowardly act, “but thank God we are. This is not about me, this about you guys. I’m not worthy, but I am honored,” he said, then promised, “We will do our best to keep it together today.”

After a prayer asking for safety for one and all, the fleet fired up its motors and set to the business at hand.

Another world: Nurses on the coronavirus front line

YORK – York General Hospital nurses are on the front line of battling COVID-19 in York; it’s an endeavor filled with pain – both physical and …

Little Mary Pearl was found approximately three years ago on a cold and windy day.

The York fire department is responding to a house fire at 410 Iowa Ave. Upon arrival smoke was visible from the residence but no one was home …

Marilyn Jackman was there when the Midwest Bank’s York branch opened 17 years ago. She will be stepping away this Friday as Assistant Vice-Pre…

The Amish Cook: Gloria gives thanks

As always, Thanksgiving has a way of getting minds geared toward things we're thankful for. This year is no different, yet things just aren't …

Midwest Bank is pleased to announce that Jordan Rathke has joined their team as a Vice President in its York location.

One of the six combines on hand to help Jonathan and Abbie Rempel gather their corn harvest stands sentinel in the bitter cold darkness Friday morning. The massive volunteer effort mobilized at Junction Motor Speedway near McCool Junction.

Jonathan and Abbie Rempel share a quiet, emotional moment together as the massive volunteer effort to harvest their 2020 corn crop grinds into motion just after sunrise Friday morning.