About 25 years ago, Rick Williams visited the former campus of the U.S. Indian Industrial School in Genoa for the first time.

He left with more questions than answers about the time his grandmother and great-grandmother spent at the school.

Williams’ grandmother, Louisa Star, is believed to have adjusted quickly to the school and went on to pursue an education beyond her time there.

Williams’ great-grandmother, Ida White Eyes, was sent home from the school after only a few months with a devastating injury that her family believes was the result of mistreatment.

The fourth federal boarding school to be built in the U.S., the Genoa Indian Industrial School was one of the largest in a system of 25 federal Native boarding schools. At its peak in 1932, the school’s 640-acre campus housed 599 students, who ranged in age from 4 to 22 years old.

With an exploration of what occurred at the nation’s federal Indian boarding schools underway, many in the United States are exploring a history that has been seldom acknowledged and is not yet fully understood. For the descendants of those who attended the school, that history comes with the weight of their ancestors’ experiences.

As a young boy, Williams watched an eye doctor examine his great-grandmother.

The blind woman’s eyelids were gently opened as the doctor leaned closer with a small light. Williams vividly remembers the doctor’s shock as he exclaimed, “Oh, my God. Somebody has done something to this woman’s eyes.”

White Eyes never shared with her great-grandson or daughter how she was blinded. They knew only that she was healthy when she was taken to the Genoa school in the mid-1880s. Months later, the teen was sent home completely blind.

Ida White Eyes’ descendants strongly suspect that a school disciplinarian rubbed soap containing lye into the then-14-year-old’s eyes as a punishment for rebellion. Her family members’ belief is based on school records indicating that other students had soap put in their eyes as punishment.

“Knowing what happened to my great-grandmother, it makes me angry. It makes you wonder: Why were kids treated like that?” Williams said. “(The schools) weren’t there to build people’s confidence, they were there to make sure that you didn’t hold onto whatever you had left of your culture.”

There’s a historical trauma that must be faced across the nation, Williams said.

Williams, a member of the Oglala Lakota Tribe, was raised by his grandmother, and although she didn’t share much about her time at Genoa, she told Williams that she avoided trouble while enrolled there. Star decided to enroll herself in her second term.

“My grandmother was brilliant, and I think things changed dramatically from the earliest days to the days when she went to school there,” Williams said.

For 9-year-old Dale Wolfe of the Eastern Band of Cherokee Indians, the Genoa school and an Indian school in Kansas were a way out of the deep poverty he faced growing up in Cincinnati.

Brad’s grandfather attended the Carlisle Indian School in Pennsylvania as a child and often ran away from the notorious school. Still, Brad said that when his grandfather was deciding what was best for his own children, he felt they would be better provided for by attending the Haskell Indian School in Kansas and the Genoa school.

“Dad had very fond memories of both Haskell and Genoa,” Brad Wolfe said. “Simply put, he had nothing growing up in the slums of Cincinnati. For the first time he saw trees, expansive open fields and farmland, had a place to sleep and get three meals a day, was clothed, and developed friendships with fellow Natives.”

Brad Wolfe doesn’t doubt that his father was exposed to rigid discipline at Genoa, but, he said, the school “was a heck of a lot better versus where he came from.”

It’s common, said Judi gaiashkibos, for people who attended the school to have different experiences.

“There’s no one experience of what it was to describe boarding school,” said gaiashkibos, executive director of the Nebraska Commission on Indian Affairs. “Every person has a different story to tell, and some, like my mother, didn’t tell the stories. Probably some were too painful.”

Her mother didn’t share many details with her 10 children about her time at the school, gaiashkibos said.

“I always sensed when she did speak about it there was a sadness, and I felt that she was somewhat haunted by what happened at the school,” gaiashkibos said.

It’s time, gaiashkibos added, for the United States to face the reality of what occurred at U.S. Indian boarding schools.

Official accounts are limited. When the Genoa school closed in 1934, documents were either destroyed or scattered across the country, and many records have not been recovered. The last known living student from the Genoa boarding school died in 2016.

Part of that accountability has to be to the students who didn’t survive their time at Genoa, gaiashkibos said.

Death came often for students at the Genoa school, a fact outlined by a massive research effort led by a team from the University of Nebraska-Lincoln and a group of volunteers with the Genoa U.S. Indian School Foundation.

The collaborative effort has thus far identified 102 names of students — primarily young children — who died while at the school, which operated from 1884 to 1934.

Some of the names might be duplicates, but the true death toll is likely much higher. Many of the children who died at the school fell victim to disease. There also were reports of fatal accidents at the school.

The research coincides with an effort led by gaiashkibos and the State Archeology Office to locate the school’s lost cemetery.

The existence of a cemetery isn’t doubted.

Multiple references to children buried in the school cemetery have been found in newspapers and in the recollections of former students, who, years after the school closed, recounted the burial of classmates on school grounds. A 1920 Nance County map indicates that the cemetery’s location was on the eastern side of the former campus.

Three possible sites have been searched so far using ground penetrating radar. Data gathered from the searches will have to be further analyzed, but field observations did not detect anomalies consistent with graves.

Joe Van Ackeren prays that the cemetery is found.

Van Ackeren’s mother attended the Genoa boarding school in the late 1920s at about the age of 10.

She also didn’t talk much with Van Ackeren and his two half-siblings about her time there, other than to mention a friend she’d met and to tell the story of her months-long hospitalization after her appendix burst.

As he has learned more about the Genoa school in recent months, Van Ackeren feels sadness, anger and shock, not knowing what his mother might have experienced.

“It’s just a sad, sad tale,” Van Ackeren said. “It’s just hard to get over. My sister and I talk once a week, and it comes up in conversation. I just hope the truth does come out, and I hope and pray to God that if that burial site is there, they find it.”

Those who persevered through their time at the school carved out their own legacies.

“She just was ambitious to the point where she would say, ‘Hey, we don’t have much but we do have this, and we’re going to make it work,’” Van Ackeren said.

Dale Wolfe, after his time at Haskell and Genoa, served in World War II, then took 12 years of night school to earn a degree in electrical engineering. He later earned a master’s degree and eventually retired from Boeing’s space division in Houston having worked on Apollo, Skylab, Apollo-Soyuz and the space shuttle programs as a research engineer.

He did all this, Brad Wolfe said, while raising four children with his wife, Alice.

And Williams’ grandmother Louisa Star transferred to Rapid City Indian School following her time at Genoa and was then accepted to the Colorado School of the Mines, earning the equivalent of a business degree.

“She probably gave me the greatest gift you could possibly give, and that was the inspiration to go to college,” Williams said. “She started saving buffalo nickels, and she would put them in this can and she’d say, ‘This is your college money.’”

In 1975, Williams became the first documented Native American to graduate from the University of Nebraska-Lincoln with a bachelor’s degree.

He went on to work as an educator at the University of Colorado for 17 years. There, he ran student success programs and served as director of Minority Affairs. Following his retirement in 1997, he became president of the American Indian College Fund.

Williams’ grandmother died when he was 17 years old, so she didn’t get to see her grandson’s academic accomplishments in life, but Williams believes she saw them in death.

Years ago, he had a dream about his grandmother.

“In my dream I saw my grandmother and I said, ‘I just wish you could see all the things that I’ve done in my life.’ She smiled at me and she said, ‘I know. I helped you do it.’ She’s always helped me.”

Watch Now: Travel issues continue with no end in sight

Watch Now: Travel issues continue with no end in sight

Watch Now: What you need to know about at-home COVID tests

Watch Now: What you need to know about at-home COVID tests

Back in the day, Jan. 12, 1888: Deadly Schoolchildren's Blizzard whips up blinding whiteouts

A howling blizzard 134 years ago today killed an estimated 230 people, many of them children — and 40 to 100 of those deaths occurred in Nebraska.

Back in the day, Jan. 3, 1949: Blizzard called one of the greatest catastrophes to hit Nebraska

The first in a series of major storms pounded Nebraska 73 years ago today. At the time, the storm was widely regarded as part of the state's worst winter ever — rivaled only by 1880-81.

'We have free agency in college football': Huskers ride on the QB carousel part of sport's new reality 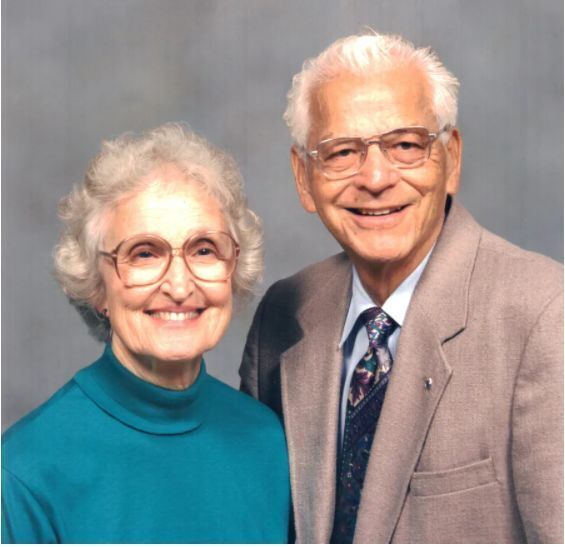 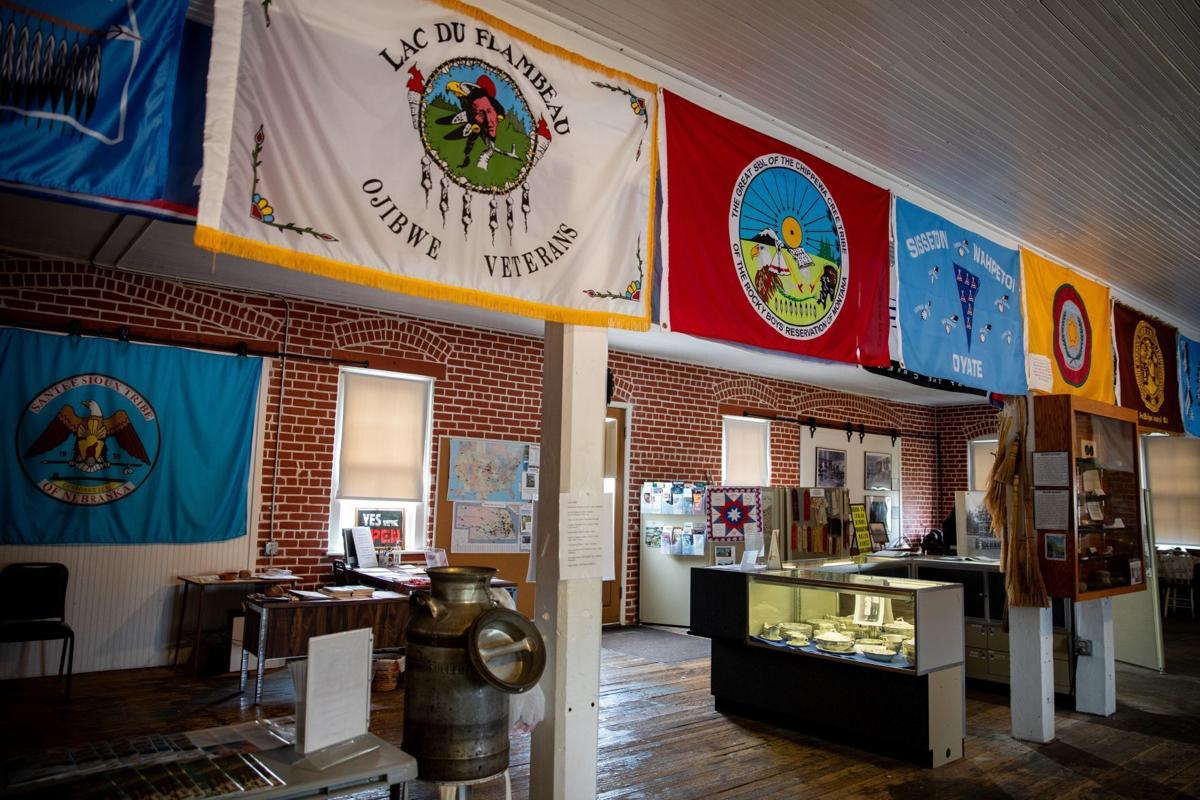 Flags from 40 tribes represent the students at the Genoa Indian Industrial School in the late 19th and early 20th centuries. 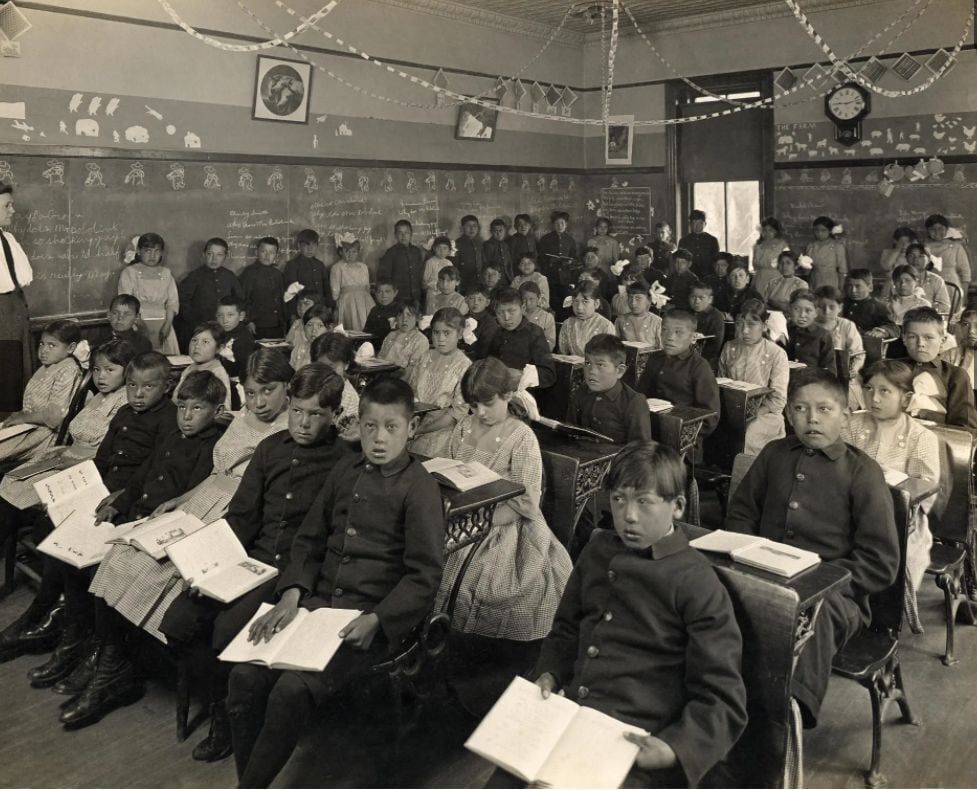 A classroom of students was photographed in 1910 by the U.S. Department of the Interior at the U.S. Indian Industrial Boarding School in Genoa, Nebraska. The school operated from 1884 to 1934. 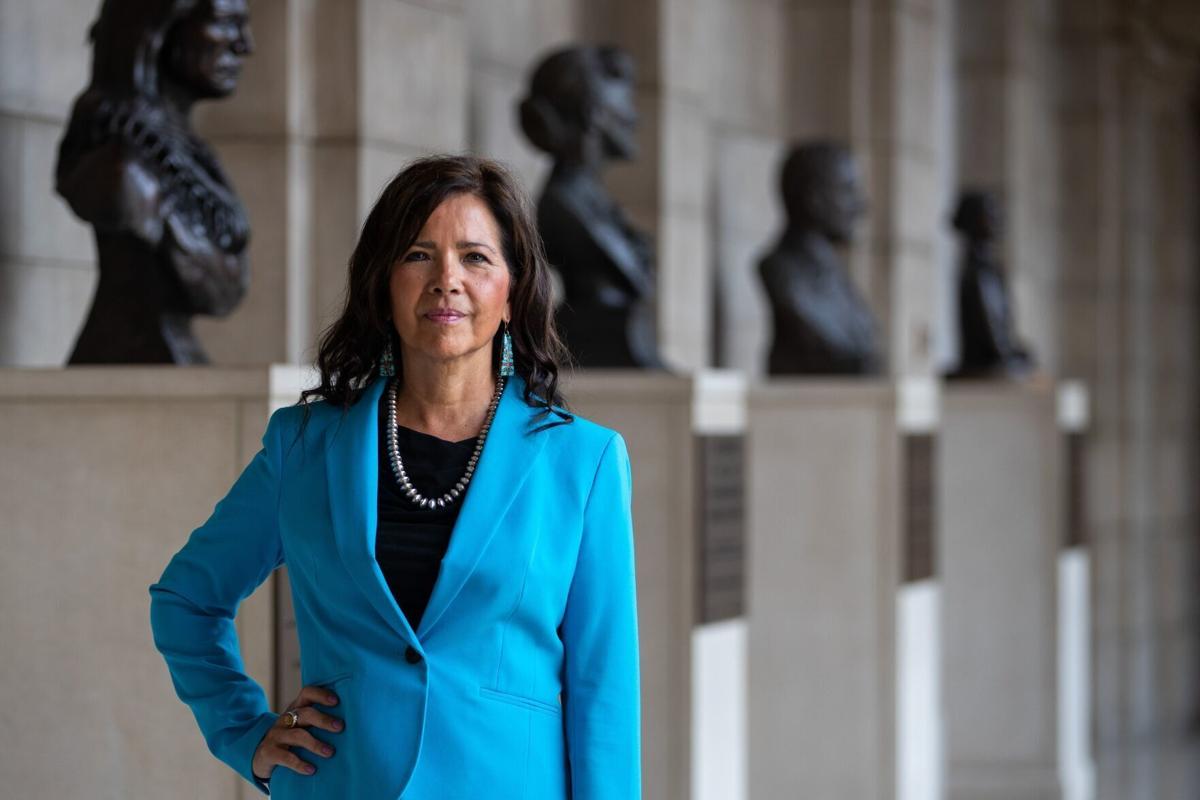