This Wy-Ad complex, located at 1903 North Division Avenue, York is under new ownership as Sheldon Sandall has taken over from Karl and Nancy Heine. 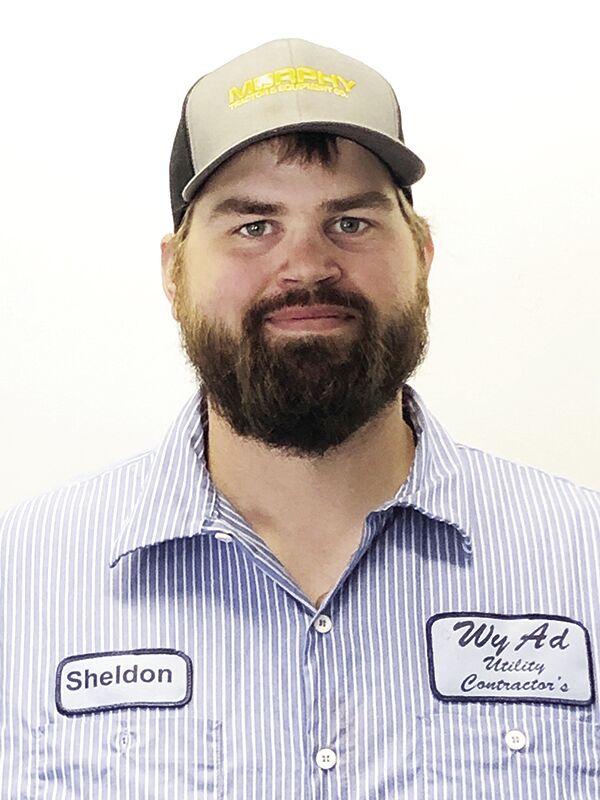 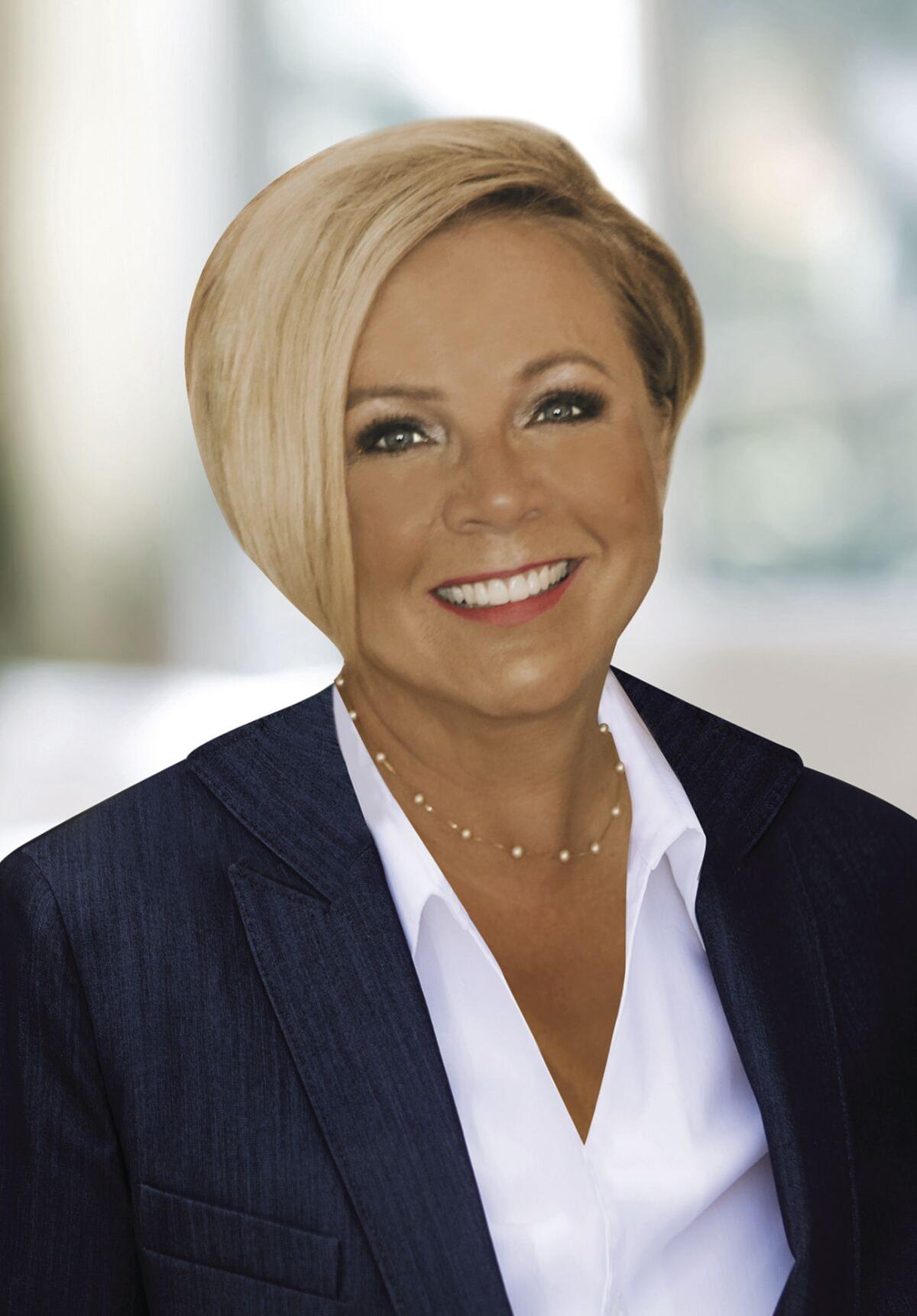 Sheldon Sandall has known Karl Heine most of his 29 years and he used to joke with Heine that when Heine was ready to sell Wy-Ad Utility Contractors he wanted to be the next owner.  Well, that has come to pass as Sandall assumed ownership of the business located at 1903 North Division Avenue as of April 1.

“That conversation has been going on for the past five years or so. I just didn’t think it would be this soon,” said Sandall.  “We kind of started talking about this past Christmas and I took over the first of April.”

Sandall, who had been employed at Advance Services added, “I’ve never been an office guy, I like being outdoors.”   He said he had been doing some dirt work and excavation on the side but that becomes his full-time profession with the transaction.

Sandall was born and raised in York County and is a 2010 graduate of York High School.  He went on to attend the University of Nebraska/Lincoln majoring in Ag Business.  He is the son of Frank and Beth Sandall of York.  Frank is a partner in the business for now which will be known as Wy-Ad Enterprises, LLC going forward.

Wy-Ad lists the following services which can be contracted: Excavation, dirt work, site preparation, demolition and as Sandall put it, “anything else that we’re capable of doing”. The business currently employs six people.

“I’m thankful the employees have embraced the change,” said Sandall.  “It wouldn’t have happened without them and I’ve told them that if it isn’t broken, there’s no need to fix anything.  We want it to be the same Wy-Ad that it’s always been.”

Wy-Ad has a long history in the York business community. Wy-Ad was started in 1973 by Roger Wyatt and Lee Adams.  At that time, the main work of the company was in the area of underground utilities, sewer mains, water mains, gas mains and general excavation.

In the early 1980s, Wyatt bought out Adams and Wyatt was the sole owner until his death in 1993.

In 1986, when he wasn’t farming, Karl Heine started helping Wyatt. Heine remembers some of the first jobs he was involved with, including putting in underground fuel tanks.

Heine said that at that time, “the state had new laws coming down about the chance of tanks leaking product. About every service station in Nebraska had to either remove or replace their old tanks with new or remove and quit selling fuel. Most of the time was spent putting in sewer and water mains in Stromsburg. My job, being 22 years old, was in the trench, grading ditch and installing pipe. I worked with Bill Williamsen most of the time. Bill shared many skills with me – without him, business would have been much harder.”

“Owning Wy-Ad is a dream come true for me,” said Sandall.  “We’re thankful for the support of York and the York area and Karl said he’s always just a phone call away if I need him.”

He also mentioned the support of his wife Kelsey who has been very supportive of the change in careers.  The couple was married in June 2020 in the middle of the covid pandemic.  They hope to hold an Open House celebrating the Wy-Ad acquisition sometime in the future.

At the Woods Bros Realty Awards Banquet held recently, Gayle Minert, an associate broker for Woods Bros Realty based out of the York, Nebraska was recognized as part of the Chairman’s Top 10% Club and President’s Club. Minert has been a consistent member of the President’s Club and Chairman’s Top 10% Club.  She focuses on the York area since she lives in York but is expanding into the Lincoln real estate market.

She is a 35-year resident of York. Her passion is serving and working in the local community. “The best part of my career is helping those around me with real estate, walking them through the entire process explaining every step of the way” Minert said.

Woods Bros Realty is a full-service company offering 130 years of expertise in real estate.  You can contact Minert at 402-366-7111 or visit GayleMinert.WoodsBros.com.

The Aurora Cooperative Board of Directors held a special meeting on Tuesday, April 6, 2021. A statement on behalf of the board of directors follows: “The board of directors has granted Chris Vincent, previously working as President & CEO of Aurora Cooperative, a personal leave of absence in accordance with his request. To ensure continuity of operations, we have appointed Chris Decker to be the new President & CEO of Aurora Cooperative. We want to thank Chris Vincent for his 5 years of dedicated service as our CEO. We are certain the tradition of excellence will be continued by Chris Decker in his new position. Chris Decker’s passion and leadership will provide a strong foundation for our employees and owners in the coming years.”

In a related statement, Aurora Cooperative also congratulated one of its own, Chris Decker, as the new President & CEO. As a long-standing member of the organization’s management team, Decker has the experience and knowledge to quickly transition into his new role.

“I’m honored and extremely humbled to accept this role of President & CEO,” Chris Decker said. “I’m excited to work alongside the great employees we have inside the cooperative. We will continue to lean into the challenges together, be your trusted partner, and create opportunities that benefit our owners and their cooperative.”

We had to go to the closets this past Saturday.  We had to dig out some University of Kentucky gear that had been stored away to get ready for the Kentucky/Texas national championship volleyball game played in Omaha.  For those new to this column our daughter Sara spent the first seven seasons of Coach Craig Skinner’s tenure at Kentucky serving as his Director of Operation.

Whether our efforts helped or not, the Cats came from one set down to win the “Natty” three games to one.  Plus, besides our Kentucky connections, it’s always fun to see Texas lose at anything.

We watched Skinner build that program brick by brick starting in 2005 after spending the previous five years at Nebraska under John Cook.

We got to see the program move from some dinghy offices in the basement of UK’s Memorial Coliseum to new offices just down the hallway from UK basketball coach John Calipari.

We got to know a lot of the Kentucky staff and players, many of which are still connected to the program.

And once our Huskers were eliminated from this year’s tournament, we once again became Wildcat fans hoping that the Cats could get it done for the first time in that school’s history.

We’ll always keep a little piece of Big Blue Nation in our hearts.

Is the Earth’s inner core solid and squishy?

Is the Earth’s inner core solid and squishy?

According to witnesses, 17-year-old David Van Essen had attempted to swim across the river and went under the water and was not seen again. The teen was not wearing a life jacket.

The district board of education earlier this month approved nine resignations, many of which were solely because of the mandate, said Superintendent Todd Chessmore.

Trail addressing the Loofe family. "I won't say I'm sorry, as that would be an insult to you after what I put you through, and I won't ask for forgiveness."

The age, sex and race of the victim are still unknown, but the department is investigating the discovery.

In April, UNL asked a federal judge to dismiss the case, which alleges insufficient responses into sexual misconduct and harassment.

A 14-year-old girl told her father that Ernesto Canales had "been raping her for years," according to court records detailing an investigation conducted by the Lincoln Police Department's Special Victims Unit.

Proposed changes could lead to end of librarians in Nebraska schools, advocates say

LPS, which has more than 40,000 students and employs more than 60 school librarians, would be required to employ only one half-time librarian for the entire district if the state's accreditation rules are changed.

Medal sought for Black WWII sailor from Omaha lauded as hero, then forgotten

Omahans during World War II knew a strong-swimming, shark-defying “human tugboat” of a hero when they saw one, regardless of the color of Charles Jackson French's skin.

Secret's out early. Alex Gordon will be torchlighter at this year's Cornhusker State Games

Serious issues found during work at community center, fix will cost more than $500,000

This Wy-Ad complex, located at 1903 North Division Avenue, York is under new ownership as Sheldon Sandall has taken over from Karl and Nancy Heine.