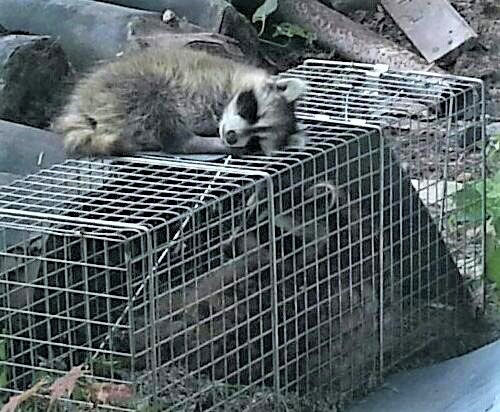 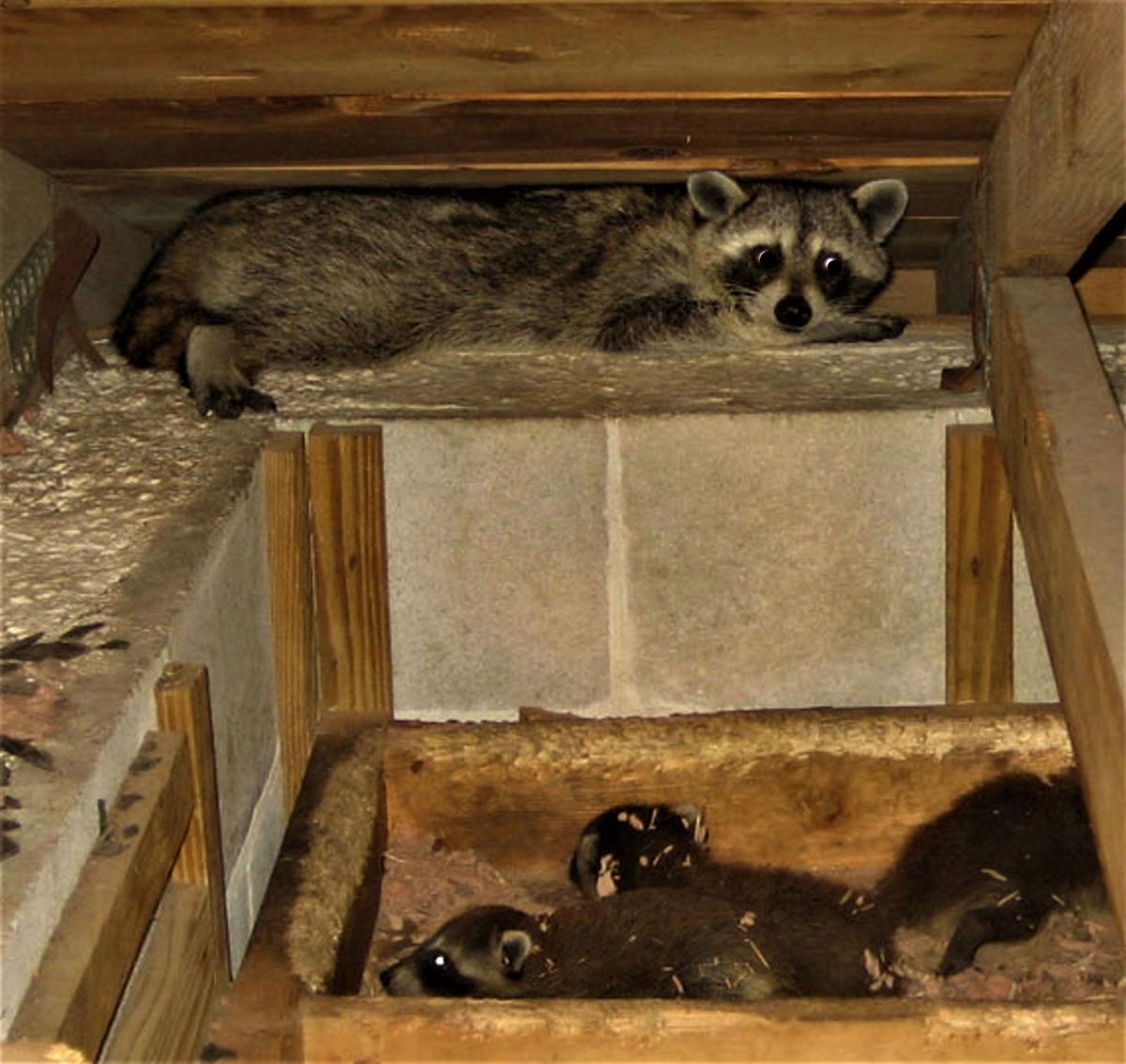 Thanks to Kathy, the K9 Coach, for writing such an informational article.

We at York Adopt a Pet deal mostly with dogs and cats, but she serves our area with the many species of wildlife that live in our midst in and around York and also instructs basic dog obedience classes. She is always willing to go above and beyond to help YAAP in wildlife situations – LaMoine Roth

A squirrel in the chimney, a fox under the shed, a raccoon in the wood pile, a skunk under the back deck . . .

As a licensed wildlife rehabber, I’m often contacted by well-meaning homeowners asking me to live trap and relocate what they consider to be nuisance wildlife from their property.

Contrary to popular belief, live-trapping and relocation rarely ends well for wildlife and it is not a true long-term solution. It’s a mistake many people wouldn’t make if they really knew the truth.

In most states relocating a wild animal is illegal. In Nebraska, if there’s no property damage, it’s illegal to trap and relocate a wild animal more than 100 yards from its original location. This means that you may only legally move an animal the length of a football field. If you opt to relocate regardless of the law, studies have shown that a large number of relocated adult animals will die very soon after relocation. Suddenly in an unfamiliar place, they are disoriented and don’t know where to find shelter, food or water. They’re also in another animal’s territory and may be chased out or attacked. A 2004 study of grey squirrels that were live-trapped and relocated from suburban areas to a large forest showed that a staggering 97 percent of the squirrels either soon died or disappeared from their release area.

Another important thing to take into consideration is that between March and August, raccoons, skunks, squirrels and most other wild animals may choose shelter in, around and under a home because they need a safe place to have and raise their babies. You can assume that any wild animal denning or nesting around your home during baby season is a mother with babies that are dependent on her for their survival.

If you’ve live-trapped and relocated a raccoon in the spring or summer, you’ve just separated a mother from her babies. She will then spend days desperately searching for them while not realizing that they are now miles away. In the meantime, her helpless babies are slowly and painfully dying of starvation...a very cruel consequence of trapping wildlife. It’s a tough life for wildlife. Please remember that and have compassion when they cause you some inconvenience in their simple efforts to survive.

If you discover a wildlife family nesting in or around your home, the best response is patience. If they are not causing damage or harm, you can be assured that once the young are big enough to be out and about, the location will have served its purpose. The denning and nesting season is short. Be tolerant and wait a few weeks until the family has vacated the premises and you’ll prevent orphaning of the young altogether. Then, make repairs to prevent animals from moving in again.

If waiting for the animals to leave is not an option, the next best solution is humane eviction. Gently harass the animals so they’ll move to an alternative location. Wild animals have a complex knowledge of the area in which they spend their lives. They almost always have alternative nesting places that litters can be moved to if disturbed. Try using a combination of unpleasant smells and sounds. I recommend using rags soaked in a strong smelling substance such as cider vinegar and lights with a radio playing at night to make the space less desirable.

When the only option is killing, I agree that relocation, which gives the wild animal at least a chance, is acceptable. In this circumstance, contact a qualified rehabber for assistance. Much depends on the species involved, the time of year, the area into which relocation occurs and other factors. For example, relocating an opossum, an animal that tends to wander all its life, often has no fixed home range and carries their babies with them is more acceptable than relocating a squirrel in mid-winter. For squirrels, it’s a death sentence since they would no longer have access to their food cache they’ve stored to survive.

Many people don’t realize the sad truth about all of this until it’s too late, so please spread this knowledge and save countless lives. They’re simply our wild neighbors!

Editor's Note - Source: “Yesterday and Today: The History of York County” as written by Jerry Finley

A Paws for Pets: Buddy and his buddy

I was at work one day, thinking I was finally all caught up and could take a little break, and then the phone rang.

A Paws for Pets: A final tribute to Samson and a sad farewell to Tom’s best friend

For some reason I have been thinking about Tom Clerc this week.

The funeral for Lincoln police officer Mario Herrera, who died Monday after being shot while serving a warrant in August, will begin at 10 a.m.

The 100-day countdown unwound at last.

Happy birthday! Yorkfest has something for everyone

YORK — Birthday celebration Yorkfest 2020 has begun, flying in the face of a pandemic and dreary weather.

A Paws for Pets: Buddy and his buddy

A box of chocolates