A Paws for Pets: Tugging at our heart strings
0 comments
Share this
{{featured_button_text}}
1 of 2 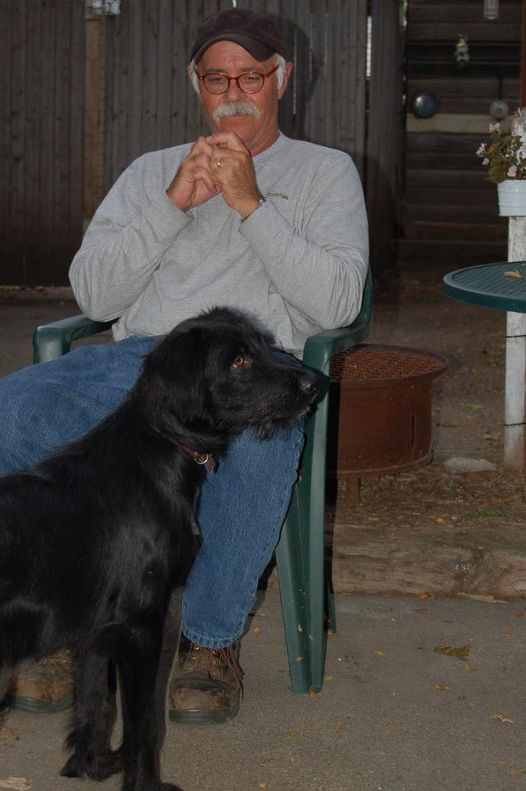 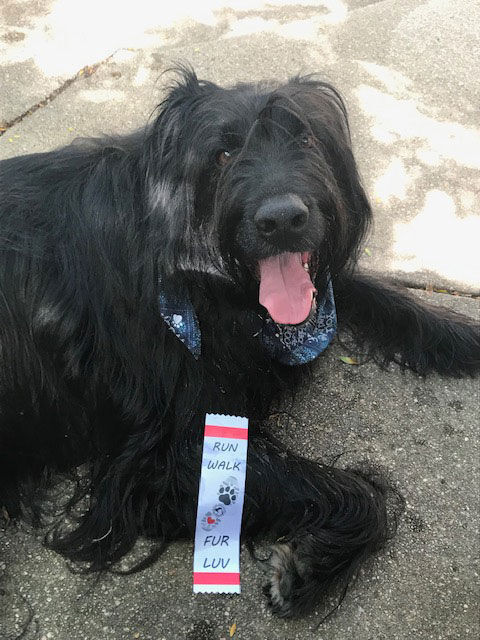 “You should go and meet Tanner,” our friend Donna Bitner, a dedicated York Adopt-A-Pet volunteer, told us. “He is the sweetest guy.”

Jay and I decided Donna might just be right, she’d been right before when she called and told us of some recently relinquished Labrador puppies; one of which came to be known as Bridger, a big yellow guy who we loved and had just lost to a stroke at the age of 11.

I’ll never forget, it was a Saturday, and we decided to go check out this Tanner guy. Two of our grands, Lena and Parker, were with us for the weekend so what better time to meet and greet a possible addition to the family than when you have your grandchildren along.

The four of us waited in anticipation as Kim Hart went to fetch the pup. Soon, the door opened, and in came the scruffy looking black mixed breed guy we had been hearing about. He was seven months old and weighed in at around 45 pounds. He and his siblings had been fostered as littles prior to being at the shelter. Tanner was the last of the litter to be adopted. To this day Jay and I can’t figure out why no one had chosen to take him home. The only reason we could come up with was … he was meant for us; he tugged at our heart strings.

Tanner loved the kids, licked their chins and played chase around the meeting room table. He was social and happy and we decided to make him part of our pack.

Tug moved in and fit in right away. At the same time he began to grow at a super charged rate. He grew and grew. He grew in size; making it up to a table-high height and 105 pound weight … And as his body grew, so grew his hair; longer and longer, and even longer, until his luxurious wooly-yak locks were long enough to blow gracefully in the wind and protected his feet like a comfy pair of furry bedroom slippers.

Donna had been right again; he was the sweetest guy with nary a mean bone in his body. He loved us, our kids, and our grandkids who he famously led gently by their hands to their parents. Tug was one of a kind in so many ways. Folks loved seeing him and often asked, “What kind of dog is that.” Truth was, Tug was a Golden Retriever, German Shephard, something, something, something, or as Jay always answered, “He’s a big, black, hairy dog.” Tug loved to retrieve but not return and “Got-cha” was his favorite game. He was not fond of the vacuum cleaner or truck rides but was fond of daily walks and his little swimming pool. Tug took great pride in field dressing every stuffie we ever got him and highly prized his Chuck-it balls and antlers. He was quite a guy.

We are grateful for the unconditional love and joy Tug brought into our lives these past nearly 10 years. Tug was the best things about all of our other dogs rolled into one. He loved his family and especially his kids as much as we all loved him. He was his dad’s best friend and constant companion. On July 29, Tug told us it was time ... we’re sure Heidi was there to greet him ... his spirit is soaring as we celebrated his life and grieved the loss of his sweet, sweet soul. They aren’t with us long enough ... this is the hard part. Oh Tuggers, you’re forever in our hearts.

We have made a gift to York Adopt-A-Pet in memory of Tug. YAAP accepts memorial gifts in support of the shelter and will gladly acknowledge your gift once given. I give often in memory of a friend’s pet and the acknowledgement is a reminder to them of how much others care. These memorial contributions, no matter how large or small, make a difference for the animals we care for and the community in which we reside.

Platoon of good folks step up for the Rempels

Business Beat: Winds of change have blown in at Captain Redbeard’s

Three sisters and a shared fight against breast cancer

It was a one, two, three punch for sisters Anita Lindgren, Gloria Nuttelman and Judy Topil.

A Paws for Pets: The nickel adoption

Every adoption is special but when it involves a kitten and a child, it doesn’t get any better than that. Especially this adoption between a s…

To trick-or-treat or not; that is the question

YORK -- This year, Nebraskans are encouraged to adapt celebrations such as trick-or-treating and fall activities in light of the ongoing pandemic.

The Amish Cook: Autumn means spiced cider at the Yoders

First only a bit at a time, then suddenly, fall was here. For me, there is a sense of relaxation that goes with fall days. All the months of h…