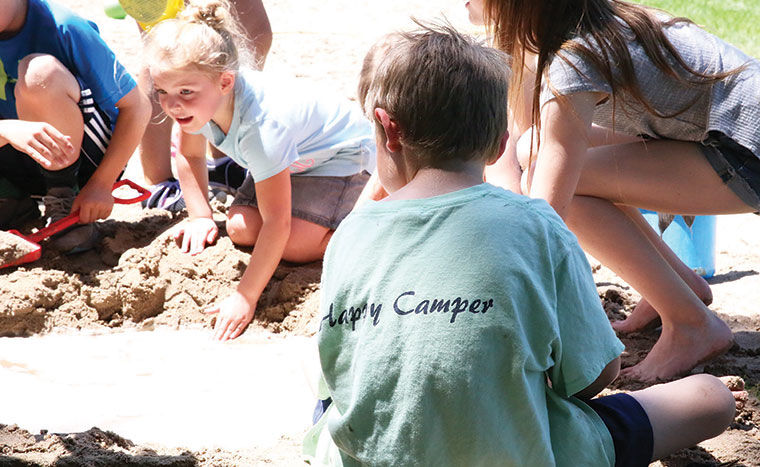 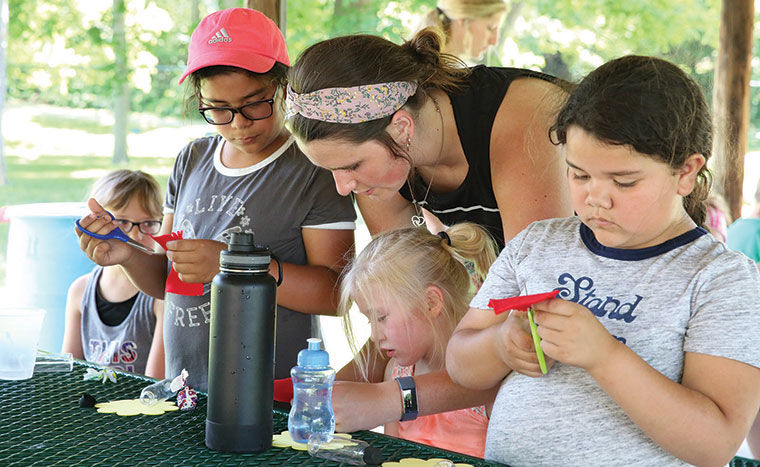 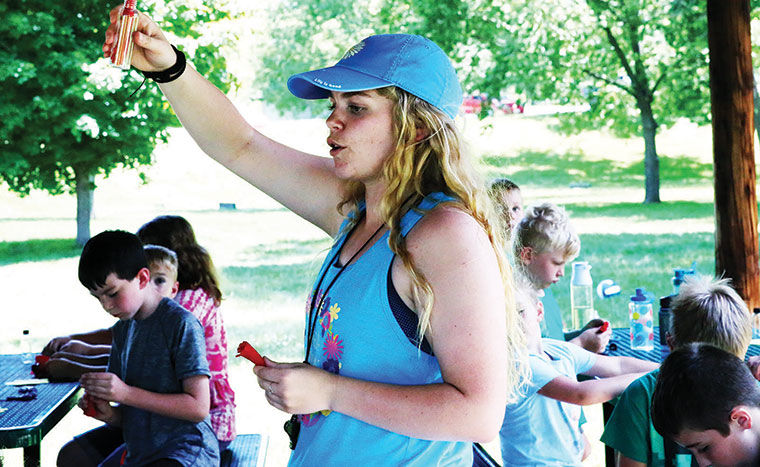 York Parks and Recreation Intern Holly Rockenbach explains the first step in making a butterfly feeder to Youth Summer Camp participants. The theme of the first week of camp is “Creepy Crawling Campers.”

York Parks and Recreation Intern Holly Rockenbach explains the first step in making a butterfly feeder to Youth Summer Camp participants. The theme of the first week of camp is “Creepy Crawling Campers.”

Week one of York Parks and Recreation’s Youth Summer Camp – “Creepy Crawling Campers” – is drawing to a close. Harrison Park was the setting for the week’s campers, where they got their hands dirty exploring the park and learning about the creatures inhabiting it.

York Parks and Recreation intern Holly Rockenbach has been preparing camp activities for several months, said York Parks and Rec’s Michaela Stuhr. “Each week has a different theme,” Stuhr said. In addition to “Creepy Crawling Campers,” Youth Summer Camp has weeks with themes surrounding food (“#HANGRY”) and building rockets (“Blast Off”) – among others.

Each week begins with a Monday movie at the York City Auditorium with crafts inspired by its subject. Tuesday through Thursday campers partake in activities based on the week’s theme. “Creepy Crawling Campers’” Harrison Park excursion started with insect trivia, playing in the park and making a butterfly feeder. Campers converge on the York Family Aquatic Center for a dip in the pool Fridays.

Rockenbach is in her second year spearheading the Youth Summer Camp. “We have a bunch of new kids this year,” she said. Rockenbach said 36 kids signed up this time around.

Camp lasts from 1 p.m. to 4 p.m. five days a week. Pre-registration is required for each week, and camps require a fee. The eighth (last) week of camp is July 22 – July 26. Visit the City of York Parks and Recreation’s website for more information and online registration.

Just beachy: Parks & Rec campers come out of their shells