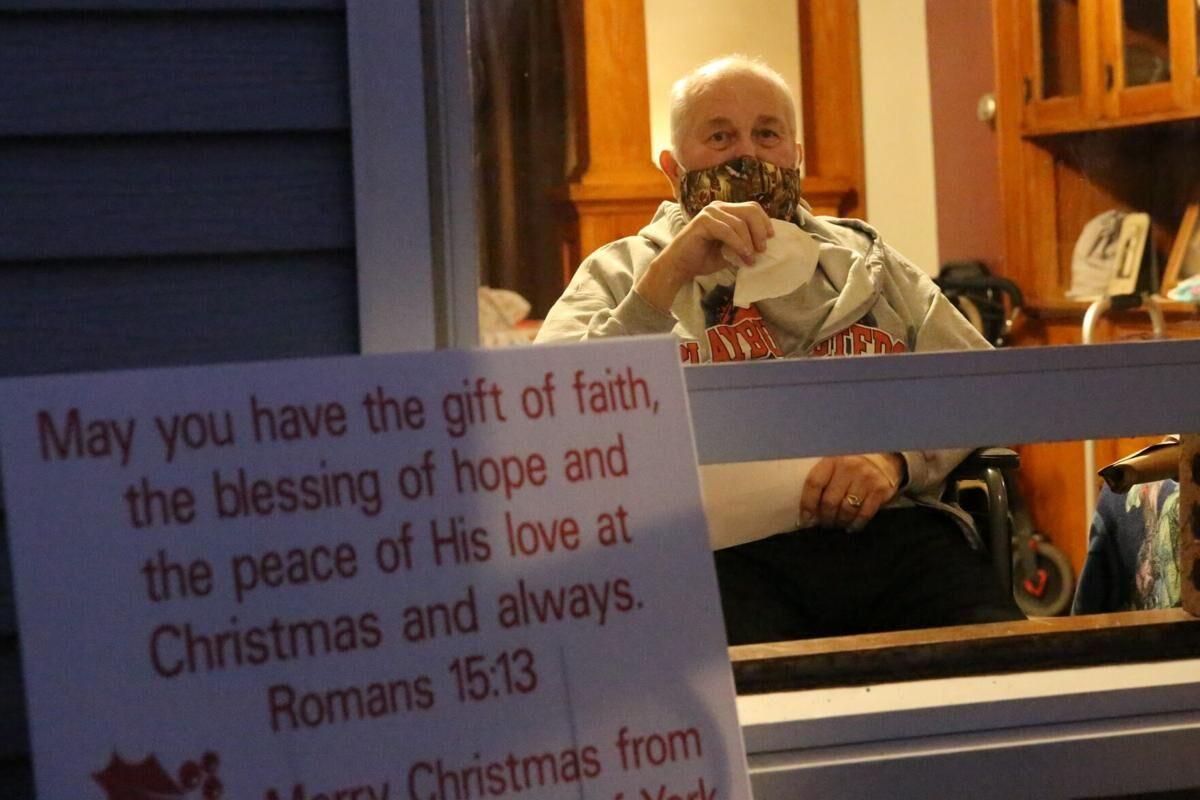 Last December, Dan Barrett was treated to carols and well wishes at his home. For decades, he was out playing Santa on December nights, but due to health concerns and social distancing, he was not able to put on the red suit and beard to perform his usual duties for the joyous public. The community didn’t let him down and decided to bring Christmas joy to him instead. 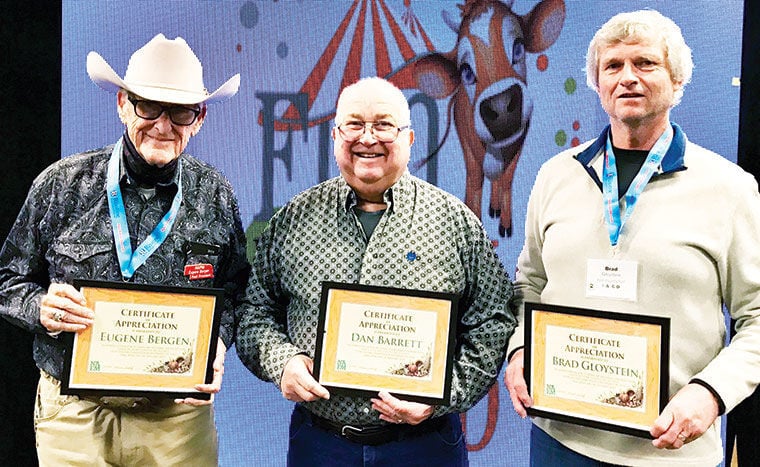 In 2019, Barrett (along with Gene Bergen and Dr. Brad Gloystein) was honored for his many years of service on the York County Fair Board by the Nebraska Association of Fair Managers.

YORK – York County is remembering one of its finest this week, as Dan Barrett passed away Monday at the age of 79.

Barrett is well known for his many efforts toward bettering his community – as a volunteer, a mentor and yes, even as Santa.

A man with apparently endless energy, he was termed as a “professional volunteer” in 2018 when he was named the recipient of the Hub Foster Lifetime Achievement Award by the York Area Chamber of Commerce.

Barrett was a mentor for many years with the York TeamMates chapter.

He was a past Yorkfest King and an active member of the Chamber Ambassador Club.

His support of the 4-H program and the York County Fair was paramount to the success of both and his commitment was always second to none. He volunteered an incredible amount of hours for the York County Ag Society over the course of many, many years. In 2019, Barrett as recognized by the Nebraska Association of Fair Managers for his 40 years of membership on the York County Ag Society. In 2018, he was presented with the Heart of 4-H Award during the annual York County 4-H Banquet for his 30 years of volunteer service in leading the Clay Busters 4-H Club (this award is given annually to a York County 4-H volunteer who has gone above and beyond in supporting the local program).

In 2018, he was presented the 2018 Fair Person of the Year Award by the Nebraska Association of Fair Managers. This award, the highest given by the NAFM, is presented for outstanding service and loyalty to the fair industry. It was noted at that time how Barrett had been the secretary and treasurer of the York County Fair Board and served on many committees, including those for commercial exhibits, grandstand entertainment, carnival and parking. He also worked many hours with the grounds staff, doing repairs and maintenance at the fairgrounds. He had also been a board member for the NAFM and was involved with the International Association of Fairs and Expositions at regional and national conventions.

In 2019, he and his wife, Evie, were honored as the Grand Marshals at one of the parades during the Nebraska State Fair.

Barrett was committed to the effort of promoting the proper handling of firearms and taught courses for youth on safe practices. And each year, he held a memorial trap shoot to fund the scholarship program set up to honor his late son. He was also a mentor for the York Clay Busters Youth Trap Team.

The Chamber’s Ag Committee benefitted from his ideas and willingness to promote events throughout the year. In an earlier interview, York Chamber Director Madonna Mogul said the set-up of the annual ag expo ran smoothly because Barrett was there to man the registration table as exhibitors checked in.

And of course, he was known to many in the community as Santa Claus. Mogul said, in that earlier interview, “from helping us kick of the season during the holiday festival to being available to surrounding communities for their celebrations, this gentleman took so much joy in watching the excitement of children.” Last December, due to health reasons and social distancing, Barrett was unable to carry out Santa duties – but the community didn’t forget all the decades he and Evie brought so much joy to them and their families. Members of the York Eagles Club and Auxiliary, as well as other members of the public, stood outside the Barretts’ home to sing Christmas carols and yell, “We love you Santa!” It was quite appropriate, as Barrett had served as Santa for many years at the Eagles’ holiday event.

“He brings smiles to everyone’s faces,” Tami Norquest, an Eagles member, said on that particular night. “I know there are lots of little ones who are missing his lap this year.” And fellow Eagles member, Paula Volker, added, “He’s been quite the guy for the Eagles.”

Barrett was never one to talk much about his awards and recognitions, or even acknowledge how many hours he gave back to his community in so many ways. In 2018, when he was named the Nebraska Fair Person of the Year, he simply said, “I would not do all of this if I did not enjoy it.”

Funeral services are pending with Metz Mortuary in York.

Woman accused of having meth in her pants

Motorcyclist flees from sheriff's deputies, pursuit started in York and ended in Shelby

Editor’s note: On Saturday, Sept. 15, 2001, the York News-Times published this story, which was a first-hand account written for us, by York H…

YORK – Two COVID-related deaths have been confirmed in the Four Corners Health District, according to local health officials.

YORK – Danielle Root, 34, of Gresham, was sentenced to jail time, in York County District Court this past week, in a case where she was charge…

YORK – The 2021 Yorkfest King and Queen – Lonnie Berger and Marilyn Jackman – were crowned during the annual luncheon held Friday.

YORK – Kalin Koehn, 19, who is listed in court documents as a transient, is accused of felony terroristic threats in which he allegedly threat…

Geneva woman bound over to District Court on drug charge

YORK – Heather Hurst, 36, of Geneva, has been charged with possession of methamphetamine and the case has been bound over to District Court.

Health director: “We are having a lot of COVID cases, all ages”

YORK – “We have had, we are having a lot of COVID cases, again this week, and they are of all ages,” Four Corners Health Department Director L…

YORK – A deputy with the York County Sheriff’s Department and his canine partner, Loki (one of the county’s narcotic detection dogs), are resp…

He won't be there in person, but Osborne's fingerprints are all over Saturday's rekindling of NU/OU rivalry

From Black 41 Flash Reverse to a Jet stream, here are 12 defining moments in the NU-OU rivalry

Last December, Dan Barrett was treated to carols and well wishes at his home. For decades, he was out playing Santa on December nights, but due to health concerns and social distancing, he was not able to put on the red suit and beard to perform his usual duties for the joyous public. The community didn’t let him down and decided to bring Christmas joy to him instead.

In 2019, Barrett (along with Gene Bergen and Dr. Brad Gloystein) was honored for his many years of service on the York County Fair Board by the Nebraska Association of Fair Managers.