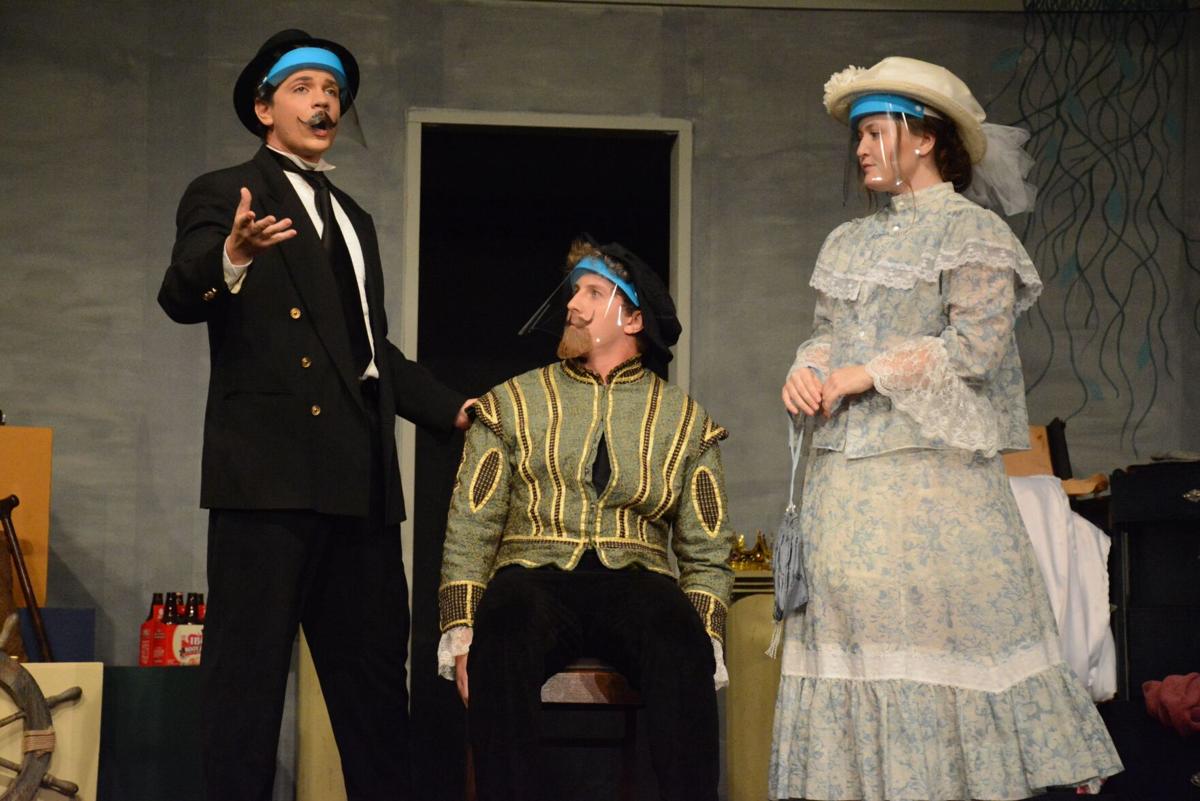 York College actors Ian Wallgren, Chris Martens and Charity Goldsmith-Ding are sure to make you laugh during the college’s production of “The Complete History of Theatre (abridged).” 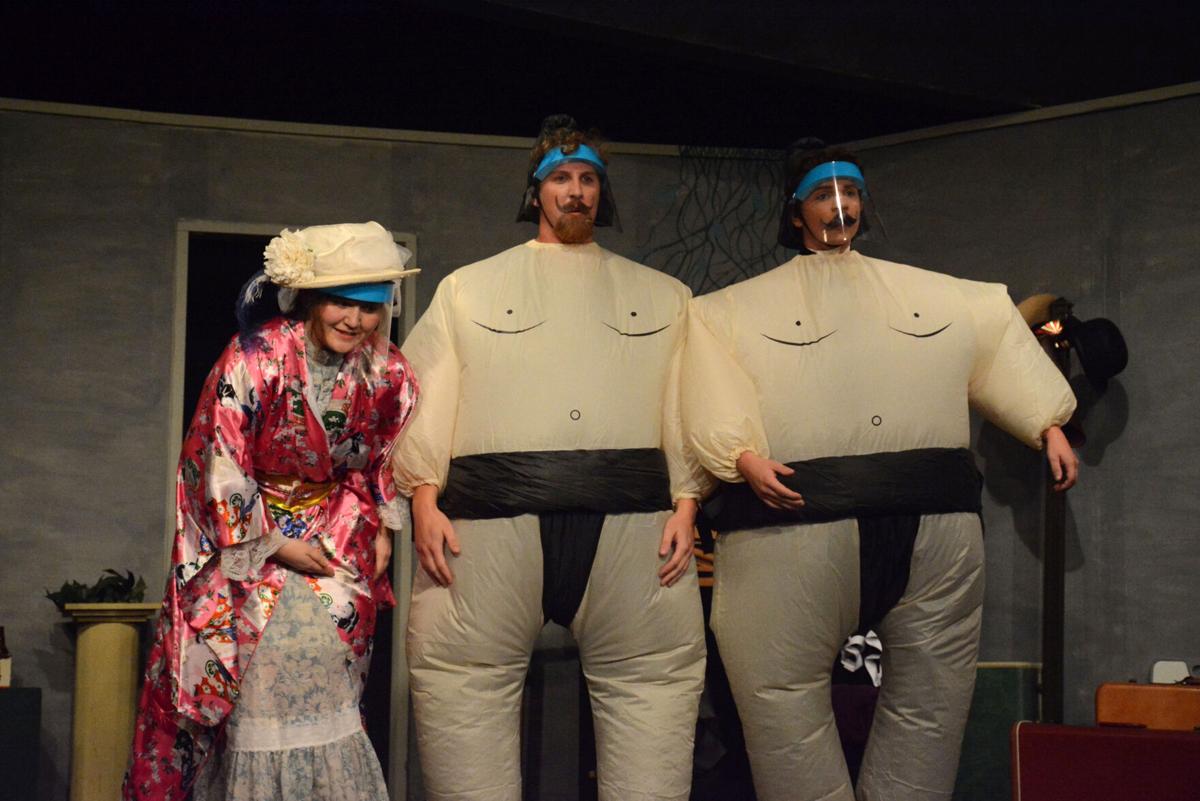 Charity Goldsmith-Ding, Chris Martens and Ian Wallgren are part of the cast of York College’s production of “The Complete History of Theatre (abridged).” The production will be available to watch online.

YORK -- Be transported back in time through the wild and wacky journey of theatre through the years from Aristophanes to Emile Zola. The York College Theatre Department will present The Complete History of Theatre (abridged) to virtual audiences on October 16 and 17.

The comedy, written by Matt Thompson, explores the beginnings of Greek theatre, Aristotle’s Poetics, the fine art of Kabuki, the history of mime, the gladiators of Rome, and speculation on the real author of Shakespeare’s plays. Along the way, the bumbling Shakespeare misquotes himself, Sarah Bernhardt can’t get over the sound of thunderous applause and Stanislavsky gets blown out of a cannon! Through a little perseverance and commedia dell’arte, the famous trifecta attempts to hold the show together, but with the producer’s appearance onstage, things only get worse when the cast finds out they are trapped in a play within a play.

Near the play’s end, the cast realizes that the playwright hasn’t written an ending, wherein the iconic celebrities are forced to seek the audience’s help in finding a creative conclusion to the show. Just when it appears that all the drama is behind them, the reviews come in, and what the critics say surprises them. This interactive farce will keep you in stitches at every turn.

“I have enjoyed seeing how far the actors have come in such a short time,” said Grace Gaer, assistant director, and sophomore psychology major. “I have learned so much about being intentional, trusting the process, and staying calm. Despite COVID-19, we created something memorable together for others to watch and enjoy!”

“I love the rapid-fire comedy,” said Charity Goldsmith-Ding, cast member and junior criminal justice major. “Some might even find this comedy educational but for sure fun.”

“I really like how fast-paced the show is. It really helps keep the audience engaged,” said Chris Martens, cast member, and junior business communication and theatre major. “You will want to see this show because it is funny, sporadic, and there is plenty of shock factor.”

“We are lucky to be able to do theatre during a pandemic,” mentioned John I. Baker III, director and associate professor of communication. “We poke fun at the art that we are doing, and have a lot of fun doing so. We have parts from over 40 shows (the famous parts), sing a song or two, shoot someone out of a cannon, and poke a lot of fun at William Shakespeare.”

To access the link for the live-streamed shows register at www.york.edu/boxoffice .

Oscar-winning actor Jeff Bridges says he is being treated for lymphoma. Bridges' Hollywood career stretches over six decades and has starred in over 70 films including "True Grit" and "The Big Lebowski."

New this week to TV, streaming and more: The Boss, Billie Eilish, Borat and 'Bad Hair'

Here's a look at what's arriving on TV, streaming services and music platforms this week.

Gifty new and unusual pandemic-proof games for the holidays

NEW YORK (AP) — The pandemic has proven there's no shortage of games to keep families, couples and kids amused. The classics are ever-present, but a range of new or off-the-beaten-track gift entries are available.

Newest downtown Vegas casino set to open, pandemic or not

LAS VEGAS (AP) — If the 1,000-seat sports betting auditorium at the Circa Resort & Casino doesn’t get you, maybe the six rooftop swimming pools will.

You May Think You Know 'Rebecca,' But Netflix's Adaptation Proves You Don't

Review: Borat is back, and this time he fits right in

Since Sacha Baron Cohen first appeared as his Kazakh journalist on “Da Ali G Show,” Borat Sagdiyev has been remarkably consistent. The accent is the same. The gray suit is still rumpled. “Nahce” and “Mah Wahfe” regularly exude from him with a mangled melody. Borat hasn’t changed in the last 20 years. But America has.

York College actors Ian Wallgren, Chris Martens and Charity Goldsmith-Ding are sure to make you laugh during the college’s production of “The Complete History of Theatre (abridged).”

Charity Goldsmith-Ding, Chris Martens and Ian Wallgren are part of the cast of York College’s production of “The Complete History of Theatre (abridged).” The production will be available to watch online.