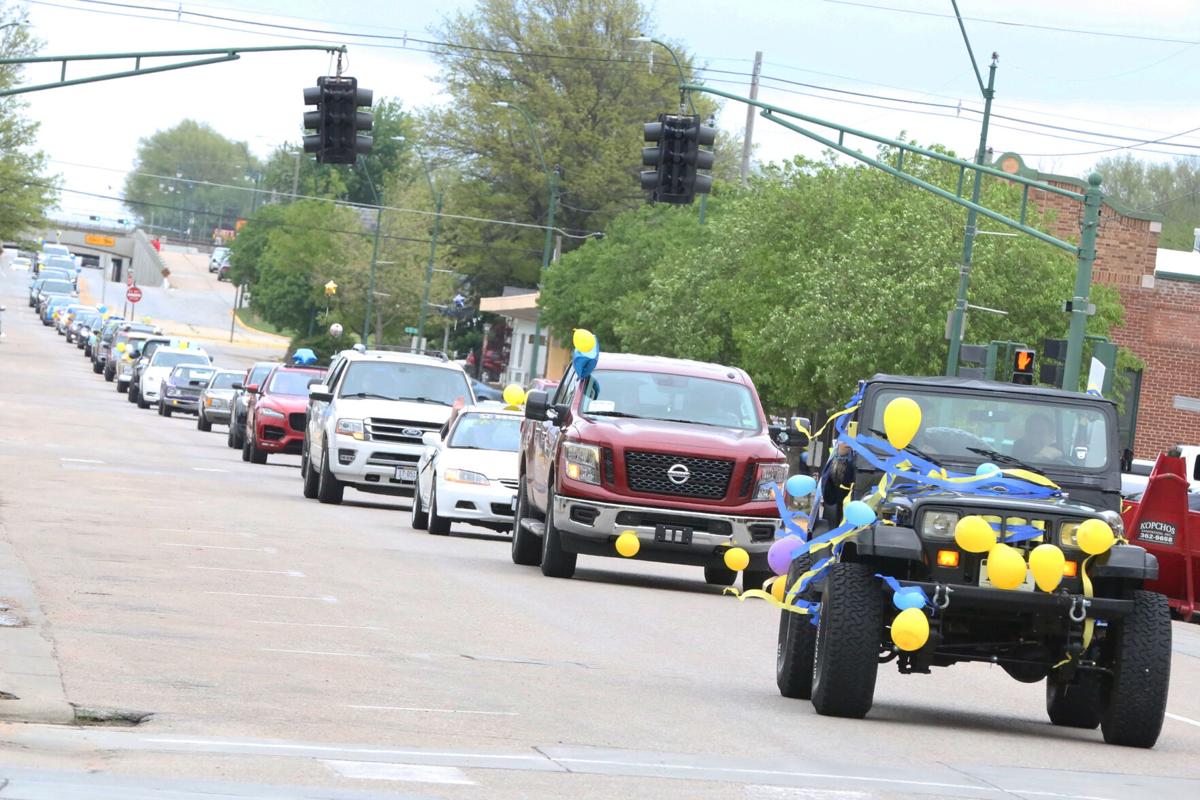 The York High School Class of 2020 joy ride rolled down Lincoln Avenue on the day of what would have been the class’s graduation ceremony. 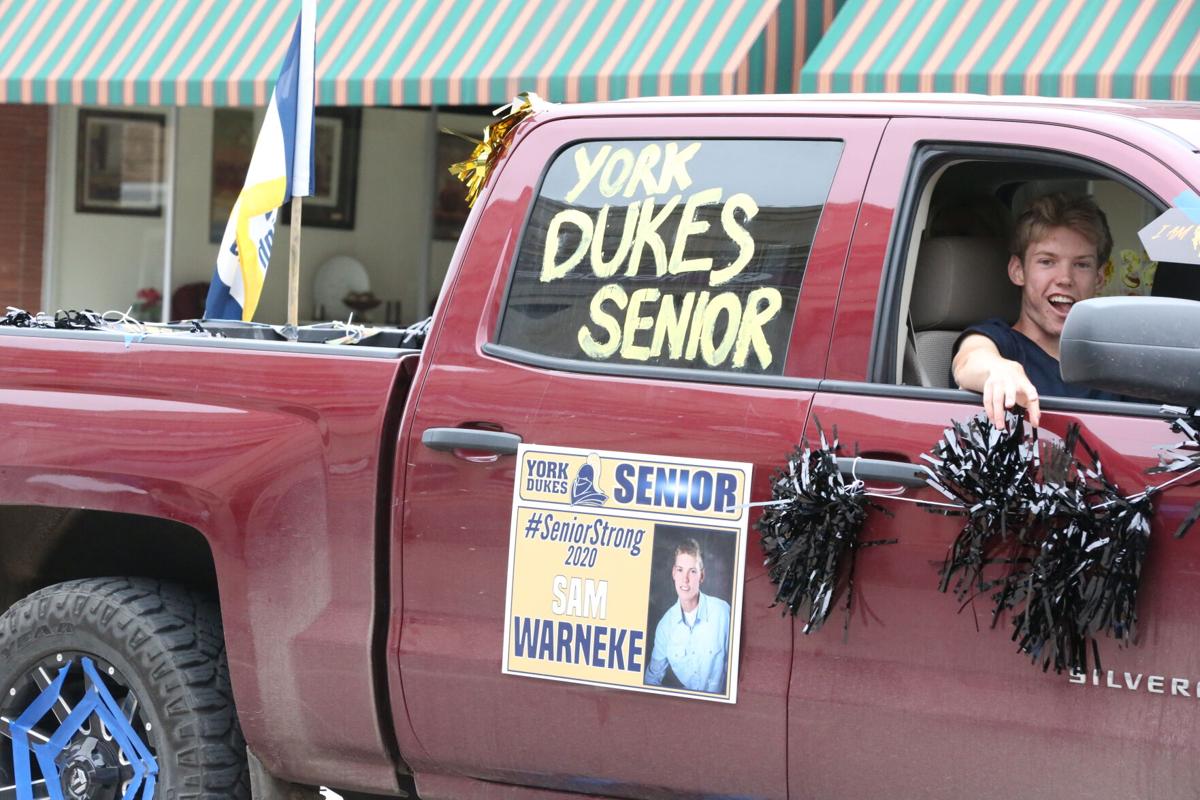 Streets are seeing more and more rubber on the pavement, as cruise processions continue to persist as a novel coronavirus trend.

In lieu of traditional parades and other get-togethers, socially-distanced cruise nights have been popping up across the United States. The York area was no exception, especially since the pandemic persisted during the height of end-of-school events and summer community celebrations.

One of the crown jewels of the area’s cruise trend was April’s York Community Cruise Night. Hundreds of vehicles circulated around town; some simple, some elaborately decorated and some so fancy they require no extras at all. Grab-and-go meals were available for purchase and the procession passed York General’s the Hearthstone and Willow Brook to entertain residents and other spectators during the show of coronavirus-spurred community solidarity, which lasted hours.

Yorkfest 2020’s parade was reworked to be a procession. Vehicles, floats and bands stationed on trailers cruised the parade route, as spectators waved and cheered from their own parked cars. Spots for spectator vehicles were distributed by reservation to further maintain social distancing, ensuring a safe-but-fun event. In total, 96 spectator spots were reserved plus several vehicles admitted without a reservation. People young and old waved out of rolled-down windows, popped out of sunroofs and sat on tailgates to watch the history-making procession, which marked a history-making occasion in and of itself: York’s 150th birthday.

Besides mobility, a common thread between community cruises is music – music of all kinds, coupled with the roar of engines announcing communities coming together.

Another cruise night was held during McCool Junction’s Mustang Roundup 2020. Organized routes were also used as celebrations in towns including Exeter, whose first cruise night involved nearly 100 vehicles, and Stromsburg, which drew spectators “ooh-ing” and “aahhh-ing” along the route.

York County Relay for Life adjusted their popular annual event, including a ceremonial walk around the York County Fairgrounds. Instead of honoring those affected by cancer on foot, Relay for Life substituted its own cruise night as part of their annual recognition of those touched by cancer.

Not to be left out, the York High School Class of 2020 parents organized a “joy ride” for their seniors. Over 80 vehicles toting many of the senior class graduates hit the streets of York on what would have been graduation day.

St. Joseph Catholic School had an appreciation cruise through the school parking lot, thanking teachers and bringing a bittersweet close to an unprecedented school year. Teachers lined the parking lot with signs, as students and parents drove by with their decorated vehicles and own messages of thanks and support.

Local business Kirby’s School of Dance got in on the act in May. Whimsically-decorated vehicles circled the parking lot of the Holthus Convention Center to celebrate a year of dancing that was cut short.

United States Bureau of Transportation Statistics (BTS) reports travel well below average across the board since COVID-19 hit. More travelers seem to be staying close to home, statistics from BTS and U.S. Department of Transportation indicate, but if the popularity of cruise nights is any indication, hitting hometown streets is bigger – and better – than ever.

The season is ramping up: It's time for the judges to get serious, and two stars will depart next week.

Newest downtown Vegas casino set to open, pandemic or not

LAS VEGAS (AP) — If the 1,000-seat sports betting auditorium at the Circa Resort & Casino doesn’t get you, maybe the six rooftop swimming pools will.

Show goes on for Olivier Awards, even with UK theaters shut

LONDON (AP) — Andrew Scott and Ian McKellen were among acting winners as Britain’s Laurence Olivier Awards celebrated the best of the London stage in bittersweet fashion Sunday night — most U.K. theaters remain closed because of the coronavirus pandemic.

FRISCO, Texas (AP) — Andrés Cantor, famous for his screams of “Goooooaaal!” during soccer broadcasts, has won the Colin Jose Media Award given annually by the U.S. National Soccer Hall of Fame.

Sterling K. Brown finds his balance in when to speak out

NEW YORK (AP) — Season five of NBC's “This Is Us,” debuts Tuesday and viewers will get to see the Pearson family as they navigate both the pandemic and Black Lives Matter movement. Sterling K. Brown, who plays Randall Pearson, says he can relate to how his character — a Black man who was adopted into a white family —feels in the aftermath of the deaths of Ahmaud Arbery, Breonna Taylor and George Floyd, as his white TV relatives look to him on what they should do to make him feel better.

Worth Watching: 'Borat,' Springsteen's 'Letter to You,' Bill Murray 'On the Rocks,' 'Queen's Gambit'

And don't miss a new episode of 'Shark Tank' on ABC.

The York High School Class of 2020 joy ride rolled down Lincoln Avenue on the day of what would have been the class’s graduation ceremony.