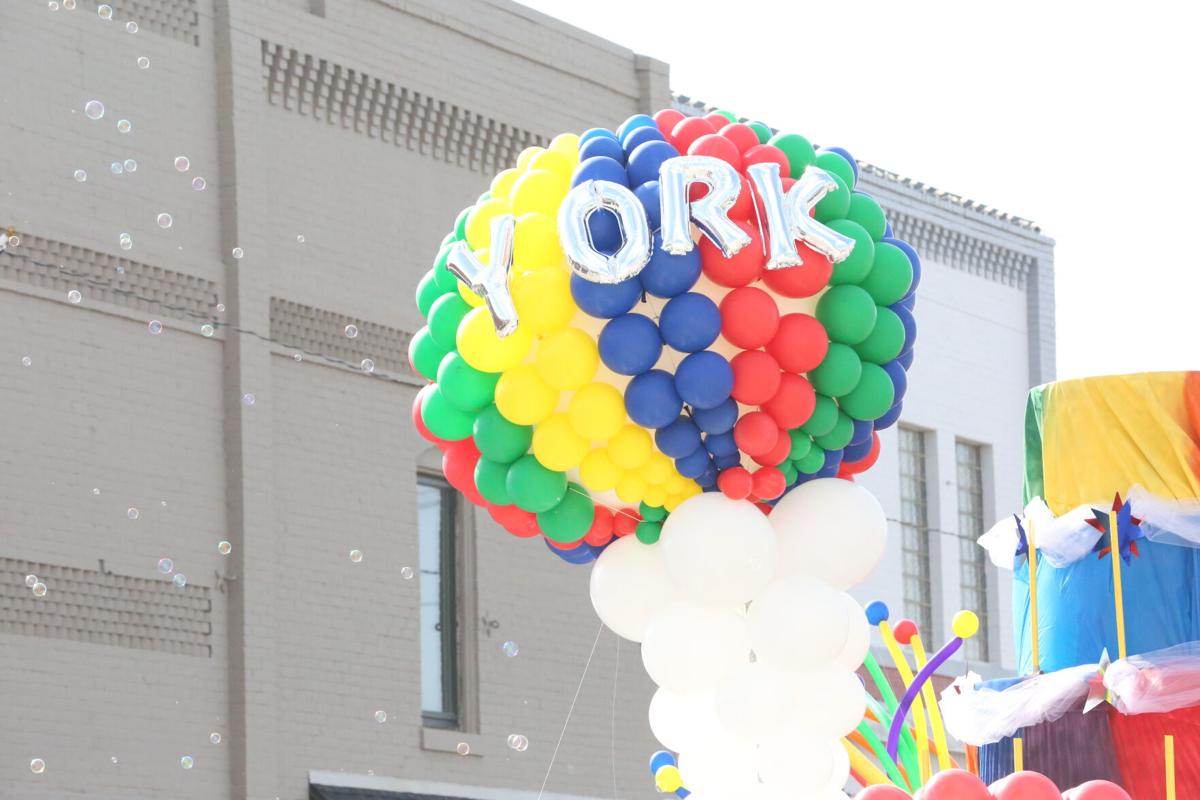 This Yorkfest Parade float celebrates the 150th birthday of the community. Floats bedecked with balloons, giant birthday cakes and nods to the past were popular along the route. 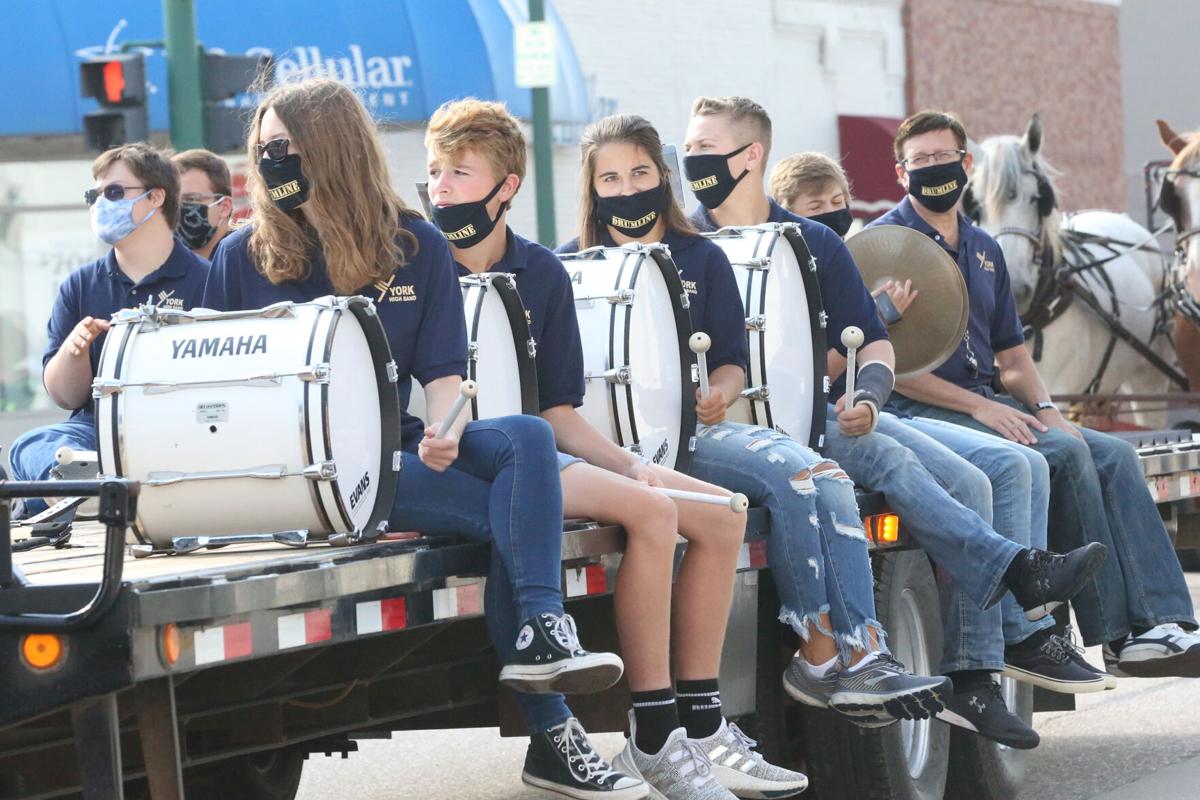 YORK—The 2020 Yorkfest Parade was different, but that didn’t mean it was any less grand – or fun.

Phase 3 directed health measures dictated the changes, which included spectators watching from their cars. Spectators could reserve a parking pass for a space along the parade route. As the floats and cars passed by, many attendees sat on tailgates, cheering and waving. Madonna Mogul, Executive Director of York Chamber of Commerce, said there were 96 secured spots, plus several patrons who were let in without passes.

Helping with the logistics, Mogul said, were NPPD, Black Hills Energy, Advanced Services Inc. and the City of York. “Without all of them the parking couldn’t have happened so efficiently. We made a lot of adjustments to how the weekend was run,” Mogul said.

When everything came together, there were 45 parade entries. “We had about half [of usual total],” Mogul said. “That was our goal.” Typically, the Yorkfest Parade draws about 100 entries, about half consisting of marching bands. “Bands are so important in a parade,” Mogul said. The York High School Drum Line and Dorchester Public Schools Band took on the coronavirus challenge, getting creative and riding along the route on trailers.

The grand procession of floats, decorated vehicles and musicians driven past the rows of spectators were just as creative -- if not more so. “There were some great floats,” Mogul said of the entries, many utilizing balloons, streamers and giant “cakes” to celebrate the community’s 150th year.

Phase 3 requirements meant no “boots” on the ground, not just for marching bands, but others walking along the route. Absent from this year’s parade were parade participants working the crowd hand out items like promotional material and candy – also due to Phase 3 directed health measures. Mogul said the Yorkfest Parade also serves as a way for organizations to share their messages and causes with the community. This year was no different, as the parade was broadcast on local radio. “Because it was simulcast on the radio, it gave them that promotional opportunity,” Mogul said.

Still, there was a different type of dynamic between the spectators and entries – a positive one, Mogul said. “The participants said they really enjoyed connecting with the audience this year,” she said. This was attributed to spectators and participants being able to interact more directly without extra distractions.

Things were much different for Yorkfest 2020, but it will surely be one people remember – not just because of the birthday celebration, but because of the successful execution, despite directed health measures. Mogul said she and her York Chamber of Commerce team, in tandem with the community, are ready to tackle 2021, coronavirus or not. “Everything has to evolve and as things evolve,” she said.

YORK—It was a Yorkfest to be remembered.

What's behind the backlash to the French independent film that sparked a #CancelNetflix response?

ACM Awards 2020: Check out the list of winners and scenes from the show

Entertainer of the year, the top ACM prize, was presented last and produced a surprise. Here's the full list of winners as well as photos from the night's festivities.

New this week to TV, streaming and more: Alicia Keys, 'Filthy Rich' and the Emmys

Here’s a preview of what’s arriving on TV, streaming services and music platforms this week.

Emmy predictions: ‘Watchmen,’ ‘Schitt’s Creek’ and ‘Succession’ are the ones to watch

Who’s leading the pack? By category, here’s how the 2020 race shapes up.

'The Best of Cher': Why her '70s variety show is still so bingeable

These nine DVDs collect a nice chunk of the icon's work, from Vegas concerts to TV appearances. Most bingeable are 10 episodes from her 1975–76 variety show. Here's why.

This Yorkfest Parade float celebrates the 150th birthday of the community. Floats bedecked with balloons, giant birthday cakes and nods to the past were popular along the route.