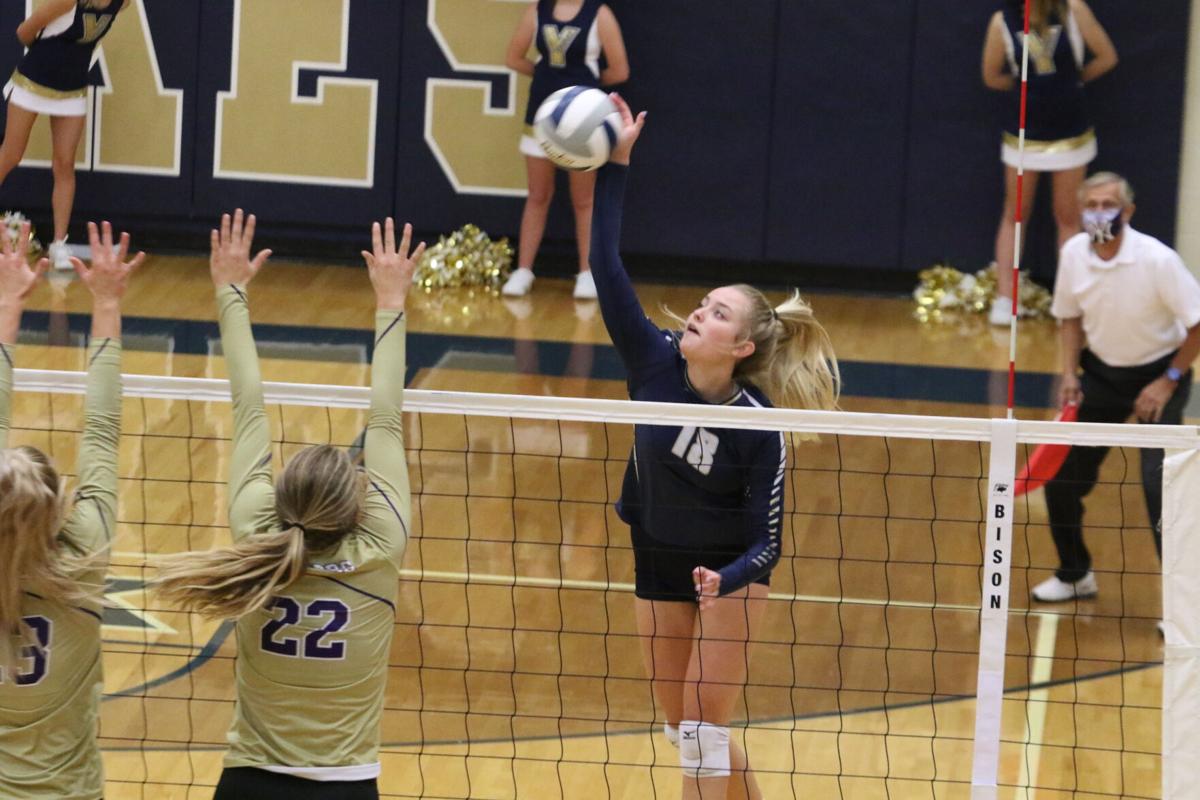 York senior Addison Legg (18) went on a string of four straight kills in the first set and helped the Dukes pull away for the first set win of 25-9 after falling behind 3-0 to start the match. 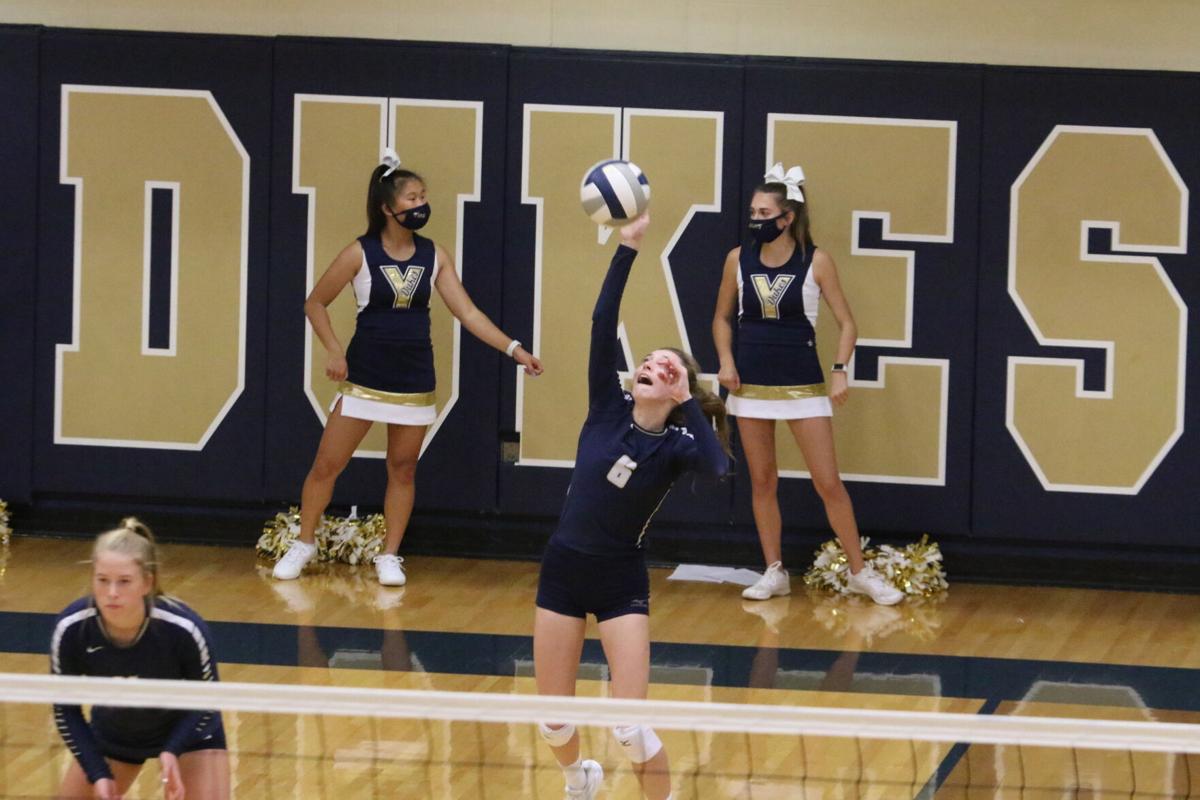 After that however it was all Dukes as they outscored the visiting Holdrege girls 50-16 over the next two games and went on to the 3-0 win.

York won the first and second sets both 25-9 and then with a lot of the bench seeing action for head coach Chris Ericson, York won the third set 25-20.

York finished the match with 30 kills as compared to just 15 for the Dusters, but it wasn’t so much what York did on offense that impressed Ericson.

“Our defense played outstanding tonight. We’ve talked about relying on our defense more and not so much our hitters,” Ericson said. “I was really impressed with how clean we played tonight, probably one of the best hitting percentage games of the year and we didn’t miss many serves.”

York was led at the net by junior Masa Scheierman who came in with 126 kills and after 11 more on Tuesday she is at 137 for the season.

The Dukes also good a good clean hitting night from senior Addison Legg who was charted with seven kills and junior Ava Ziemba who stepped into a starting role with Erin Case unavailable for action. Ziemba had four kills and two of the Dukes four ace blocks.

“I’ve been impressed with Ava. She just stepped up to varsity over the weekend at Wahoo and for her to play like she did having never started at the varsity level was pretty impressive,” Ericson stated. “The girls are getting more confident in what they can do and we are really starting to come around and get better with each game.”

Holdrege was led by Megan Belgum with five kills and three each from McKenna Ortgiesen and Bradie Medina.

The Dukes had eight ace serves with Destiny Shepherd and Scheierman recording three each.

York (6-2) will travel to the Gothenburg Harvest Festival Tournament this weekend where action will get underway on Friday.

The Dukes will also have match-ups with Gothenburg, Minden, Kearney Catholic, Ogallala and Chadron.

York senior Addison Legg (18) went on a string of four straight kills in the first set and helped the Dukes pull away for the first set win of 25-9 after falling behind 3-0 to start the match. 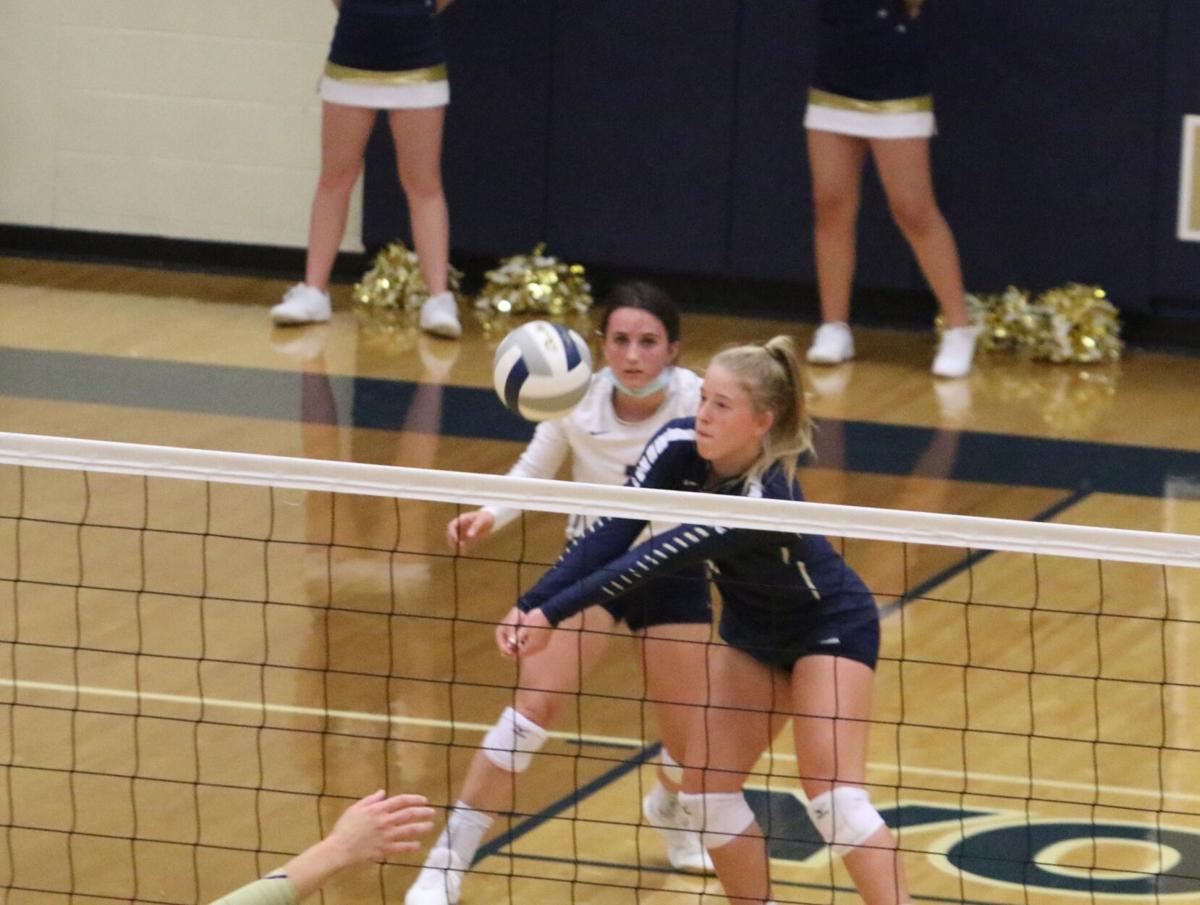 Sophomore Josie Loosvelt (11) digs up this hard serve as teammate Destiny Shepherd (2) looks on from behind.